If you were ever into photo editing, then you’ve heard the name of GIMP. The term GIMP stands for GNU Image Manipulation Program. It’s a well-known free and open-source cross-platform photo editor that’s available for Linux, Mac OS X, and Windows. It’s a powerful photo editor you can get. Often times, GIMP is compared to the free alternative to Adobe Photoshop.In this article, let’s check out how to install GIMP on Linux Mint.


Using GIMP, one can not only perform image retouching and editing but also free-form drawing, image format conversion, and others. Despite being incredibly powerful, GIMP is free and open-source and licensed under GPLv3+. That’s why GIMP is commonly found as a pre-installed tool in many Linux distros. However, in the case of Linux Mint, GIMP doesn’t come pre-installed. Let’s check out how to install GIMP on Linux Mint.

Linux Mint is an Ubuntu-based distro. Ubuntu and other major distros offer GIMP directly from the package server. We can use APT to install GIMP in one shot.

Fire up a terminal. First, we’re going to update APT and all the installed packages.

Once the task finishes, tell APT to install GIMP.

Snap is a universal Linux package system. A snap package will work on any Linux distro as long as the snappy package manager is supported. This reduces the trouble of the developers and users alike.

First, we need snappy, the snap package manager. If you already have snappy installed, then simply skip these steps and head directly to the GIMP snap installation. Otherwise, follow along with the guide.

Now, tell snappy to install the snap core. Yes, snap itself is a snap package. Run the next command.

Here, I already have the snap core installed, so this message is popping up.

Restart snap service to take the changes into action.

Now, snappy is ready to grab GIMP. GIMP is available from the Snapcraft store. Tell snappy to install GIMP.

Similar to snap, we need the flatpak package manager first. In the case of Linux Mint, flatpak comes preinstalled, no setup required. Unless you’ve uninstalled flatpak at any point, skip directly to GIMP flatpak installation. Otherwise, follow along.

Run the command for installing flatpak.

Add the Flathub repository. Flathub can be described as the official package server of flatpak.

Once the installation is complete, we’re ready to use GIMP. Start GIMP from the menu. 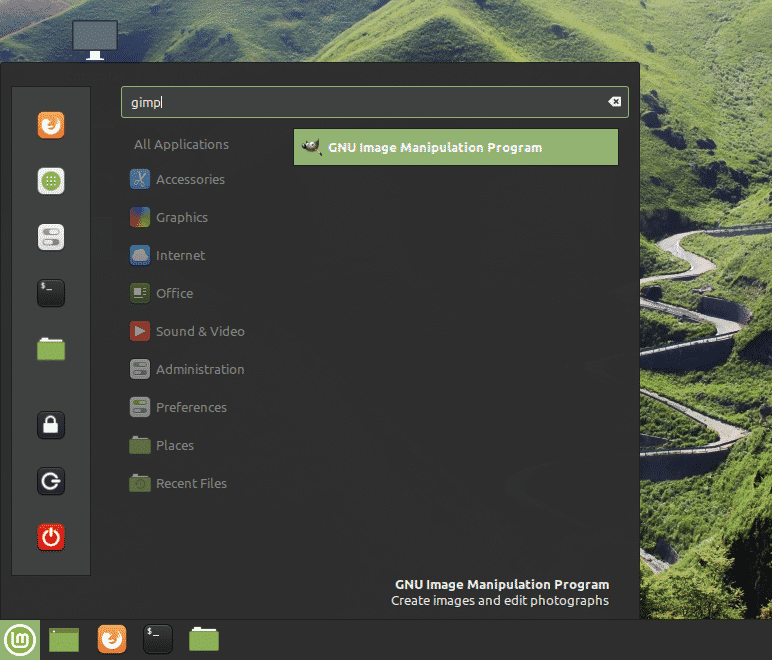 Here, I’ve loaded an image from my personal wallpaper collection. GIMP offers tons of tools and features. Feel free to play around.

Now, GIMP is not so simple that one can generally master all by himself. There are tons of guides and tutorials available all over the internet on GIMP. YouTube is a good place to start looking for.

GIMP isn’t the only photo editor. Of course, it’s one of the best out there. However, there are tons of other photo editors that you may find interesting. There’s no one-size-fits-all tool, so the more you experience, the better. Check out the top 5 image editors for Linux.