GIMP is a powerful image editor available for free on all the major platforms (Windows, Linux, macOS). It’s a versatile software with a big collection of powerful tools that can transform any image. Learn more about the features GIMP offers.

This guide will showcase various aspects of the Airbrush tool in GIMP.

The Airbrush tool is used for painting soft areas of the image. The tool is accessible from Tools >> Paint Tools >> Airbrush. Alternatively, you can use the keyboard shortcut “A“. 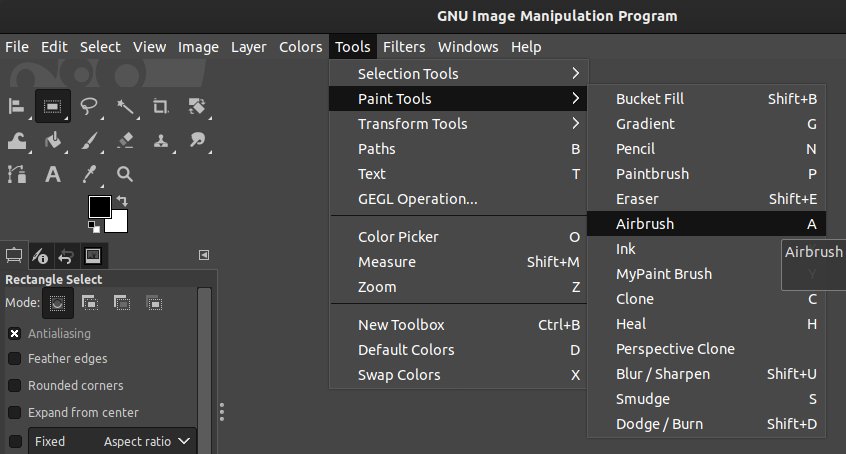 This is the most important part of using this tool. Different options affect different aspects of the brush. The options, by default, are located in the bottom-left corner.

When using the tool to draw, it’s basically applying a constant amount of virtual ink to the image. The brush size, hardness, angle, and other aspects can be modified. In the following example, I’ve drawn a blue line. In the lighter part, I simply dragged the brush over the image. The darker parts were when I stopped moving the cursor.

It determines the size of the brush. For example, here’s the difference between 103 and 514 brush sizes. 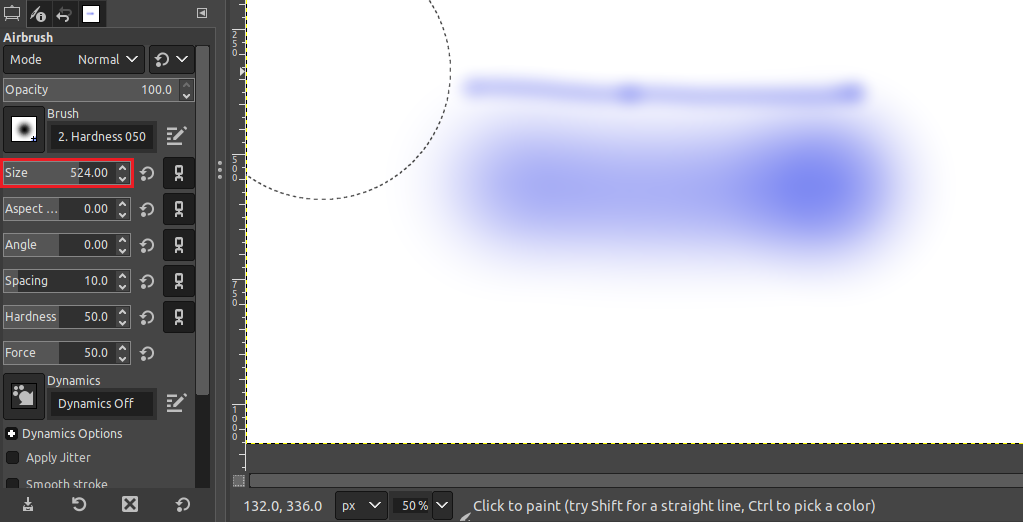 It determines how close each instance of the airbrush stroke will land.

The difference is easily understood when trying to draw a simple straight line. In the following example, the first line has a low Spacing value while the second one has a higher value.

The following demonstration showcases the difference between low and high Hardness values. 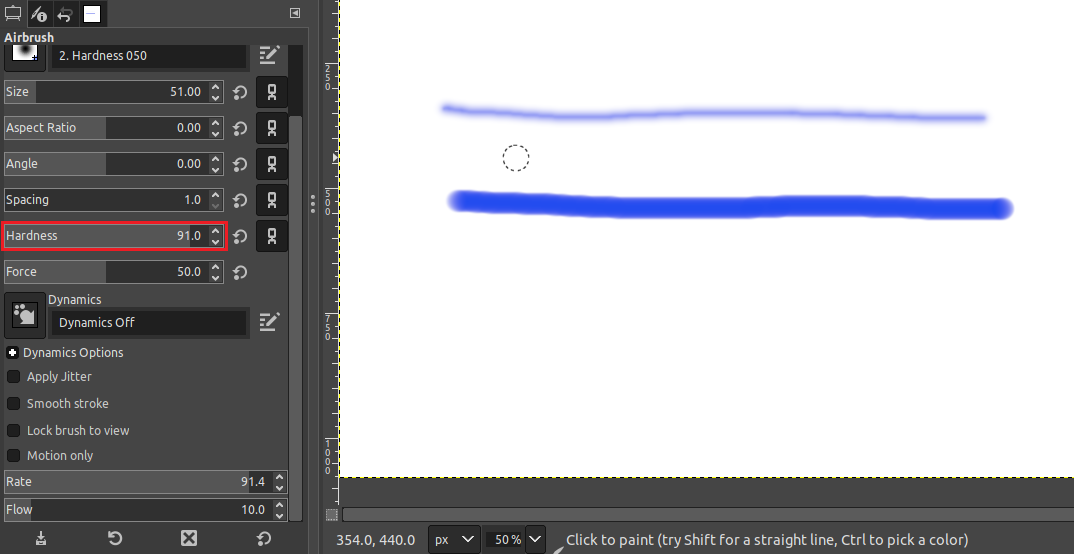 In the following example, the first line has a low Force value while the second one is higher than normal.

This parameter determines how many airbrush strokes will be applied to the image per second. A higher value will exhibit sharp and dark brush strokes.

It determines the flow of the virtual ink on the image.

In GIMP’s arsenal, the Airbrush tool is a simple one to understand. It lets you paint over an image with variable pressure. It can be useful in various situations, such as applying the nearby area’s colours.

There are many things you can do with GIMP, such as making transparent backgrounds, removing backgrounds, etc. There are also other interesting tools to explore, for example, the Clone tool.