How can a blocky game be so popular when there are high-end console games with realistic graphics and physics? Whether they are PCs, tablets, mobile phones, or consoles, Minecraft is everywhere. The creation is what makes Minecraft popular, and half of the players play this game just to create stuff. Minecraft is all about creativity, whether it is the world or the characters themselves.

Another feature that’s what makes Minecraft popular is customization because everything in this game can be personalized. Moreover, you can customize your own avatar with the help of tons of skins. The option of customization is pretty much limitless when it comes to Java Edition. Though Bedrock edition also has limited customizability.

As discussed above, thousands of texture packs for the worlds and characters skins in the Minecraft marketplace https://www.minecraft.net/en-us/catalog. But this post is particularly focusing on the rarest character skins. Various skins have been released, but they got pulled out because they were in the store for a short period to promote some movie or a TV show. Let’s check some of those rarest Minecraft skins:

This pack is a pretty old pack but one of the rarest packs. It was a combination of Minecraft and Nintendo’s Super Mario. This edition came with many super Mario characters such as Mario, Luigi, Princess Peach, and even Bowser. The world is filled with super Mario characters’ giant structures and gives a nostalgic feel with classic Mario’s background music. It is no more available on Minecraft Marketplace, but you can enjoy it if you are Nintendo’s Switch owner. 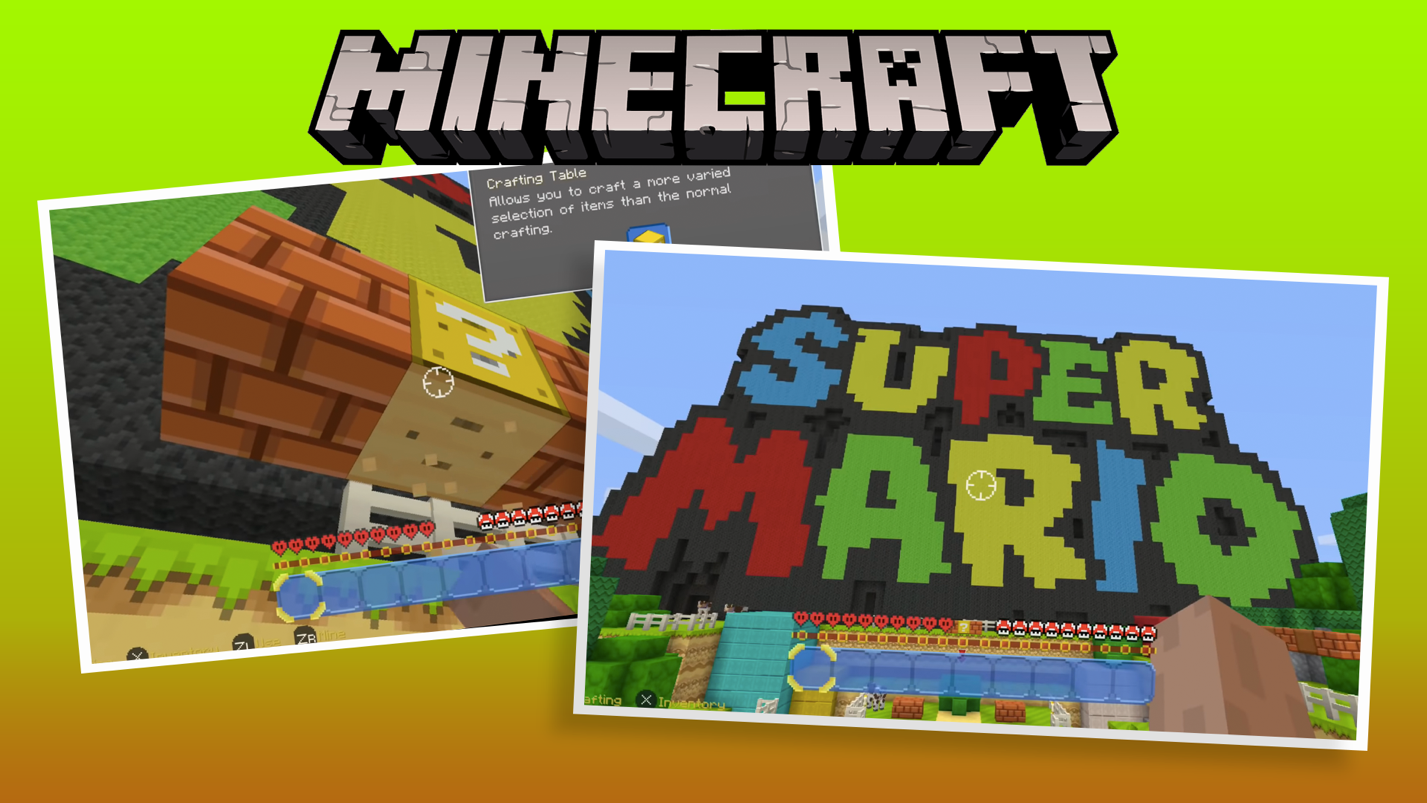 Another skin pack that did not stay for long and exclusively came fox Xbox edition. This skin was only available in the Minecraft Market Place from 2015 to 2017. This pack was very impressive and available for few bucks in the store. You can play any character from this well-known sitcom series. You will definitely miss this skin pack in Minecraft if you are The Simpsons fan. 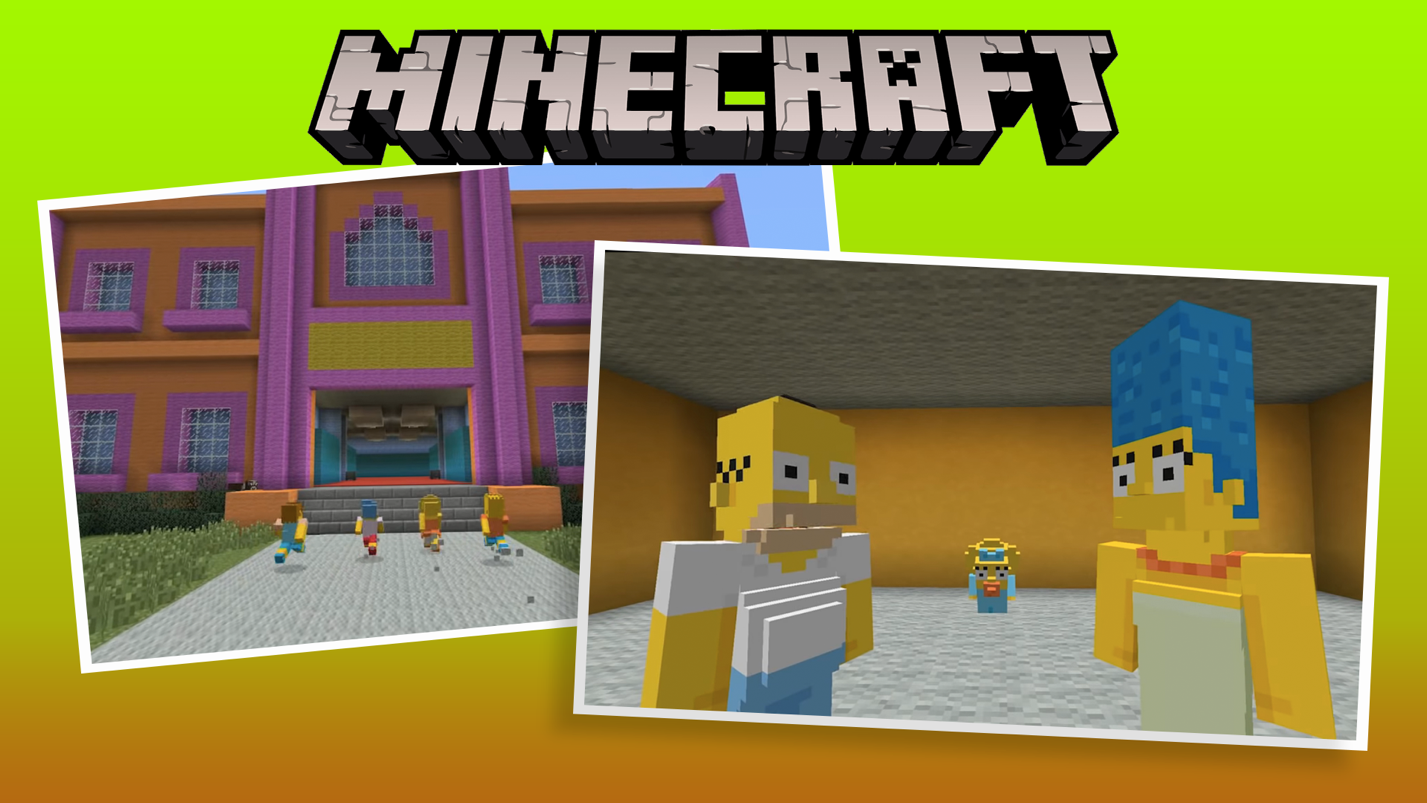 Another rare skin pack was released for Minecraft Xbox 360 edition. Many skins packs are released and inspired by superheroes, but this skin pack is inspired by Mojang’s own creation, the Ender Dragon, a hostile and one of the largest mobs of Minecraft. The pack was free and released to celebrate the birthday of Minecraft on the console. Ender Dragon skin was a part of many skin packs released with it, such as a zombie with birthday cake head, Steve with Creeper head, slime, and Mushrooms. 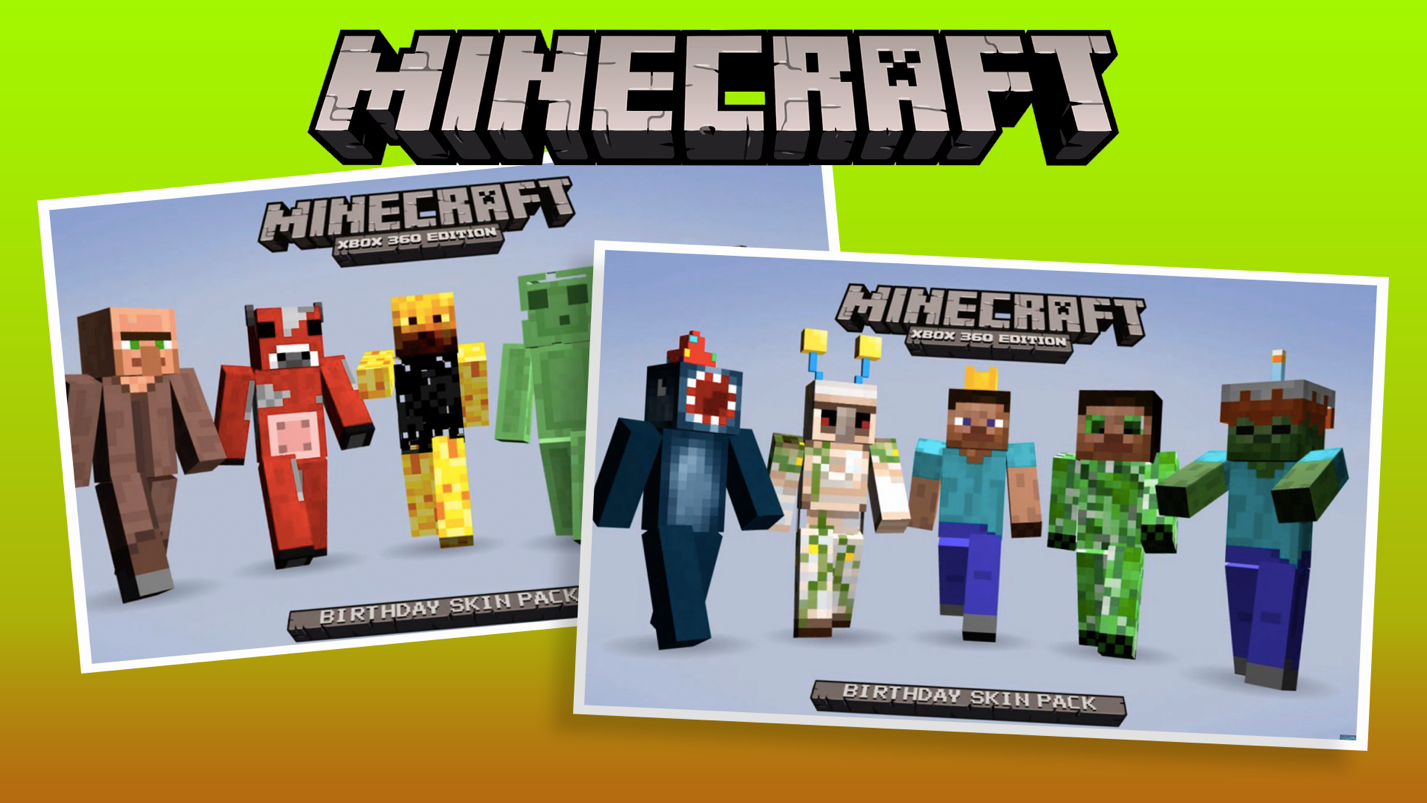 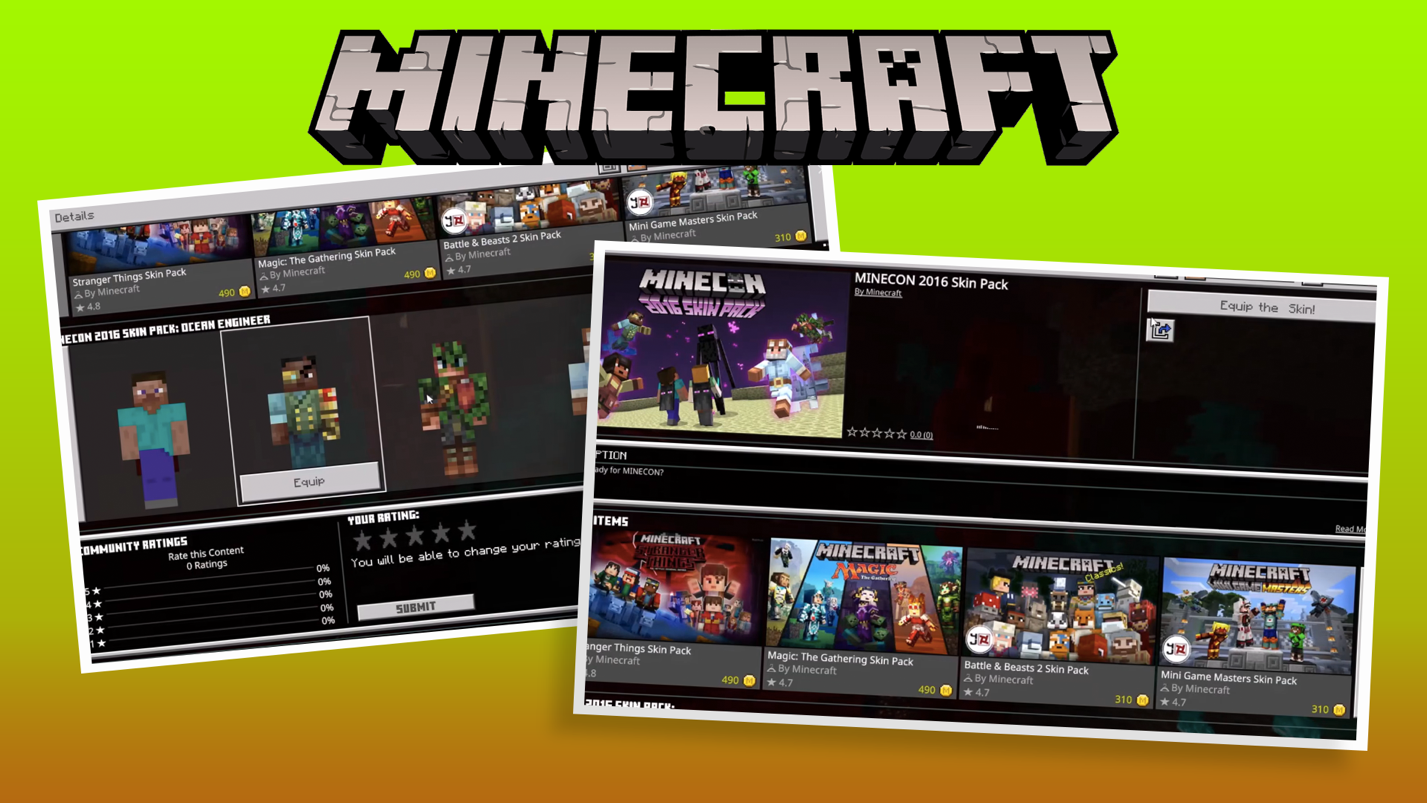 Another skin pack was released for a limited time on Halloween to promote the charity. It is a very rare skin and was first released in 2012. The Halloween pack was well crafted, especially the skin of ghosts with transparent pixels making them floating. Minecraft is one of those rare games that is apart from providing entertainment doing work for noble causes. To raise awareness about declining coral reefs, Minecraft released a skin pack for charity. This is one of the Halloween skin packs released for a limited time and is now hardly found anywhere. This skin pack came with various skins, but the creepiest one was Evil Lemmy. 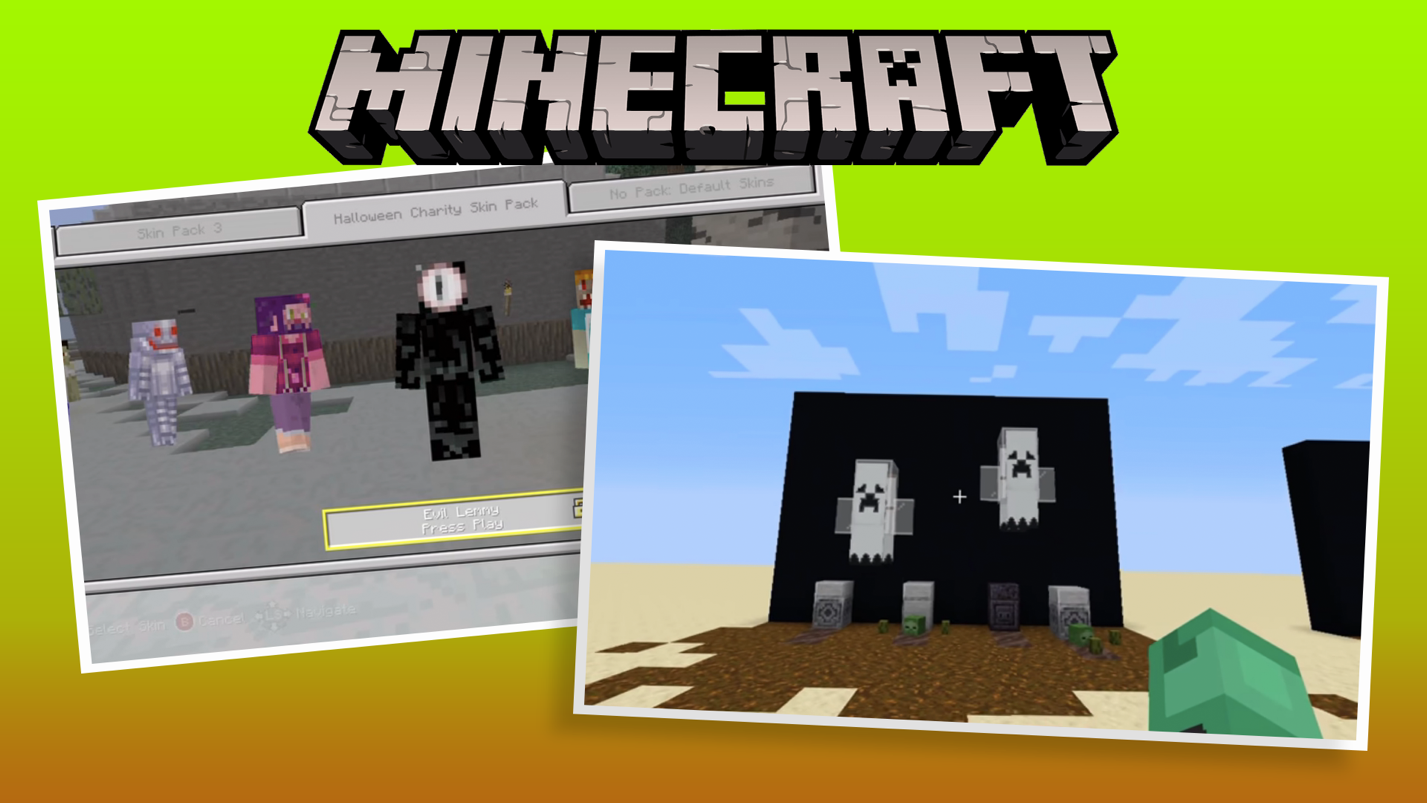 Minecraft and without Marvel Superheroes? Sounds bizarre! Therefore, Marvel released a skin pack with all of its superheroes for the Bedrock edition. Unfortunately, it stayed in the Market place for a short period. The pack ran from 2014 to 2015 and disappeared after that and, therefore, one of the rarest packs of Minecraft. Apart from Spiderman, this pack also came with other unique skins, especially The Venom and The Carnage. 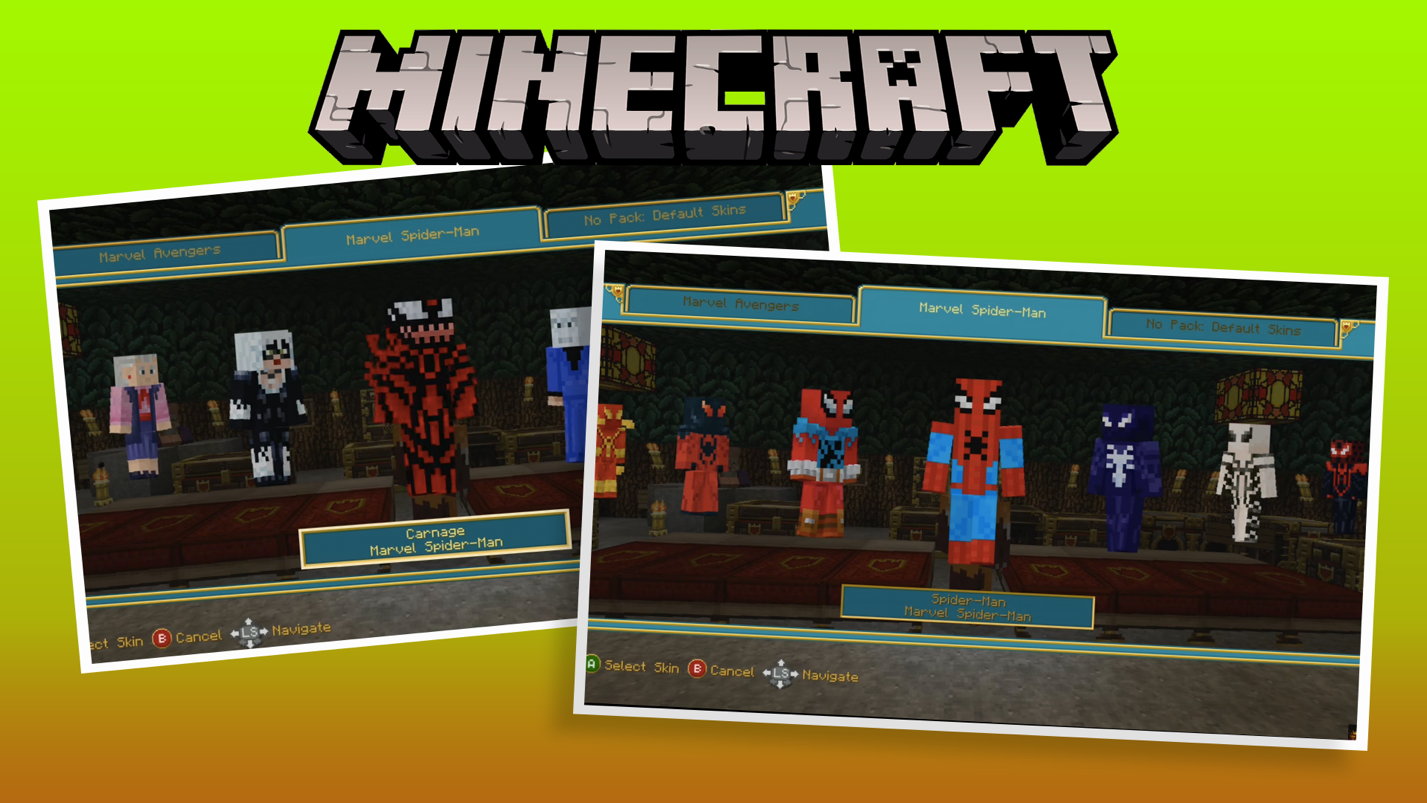 7. Marvel’s the Guardian of the Galaxy skin pack: 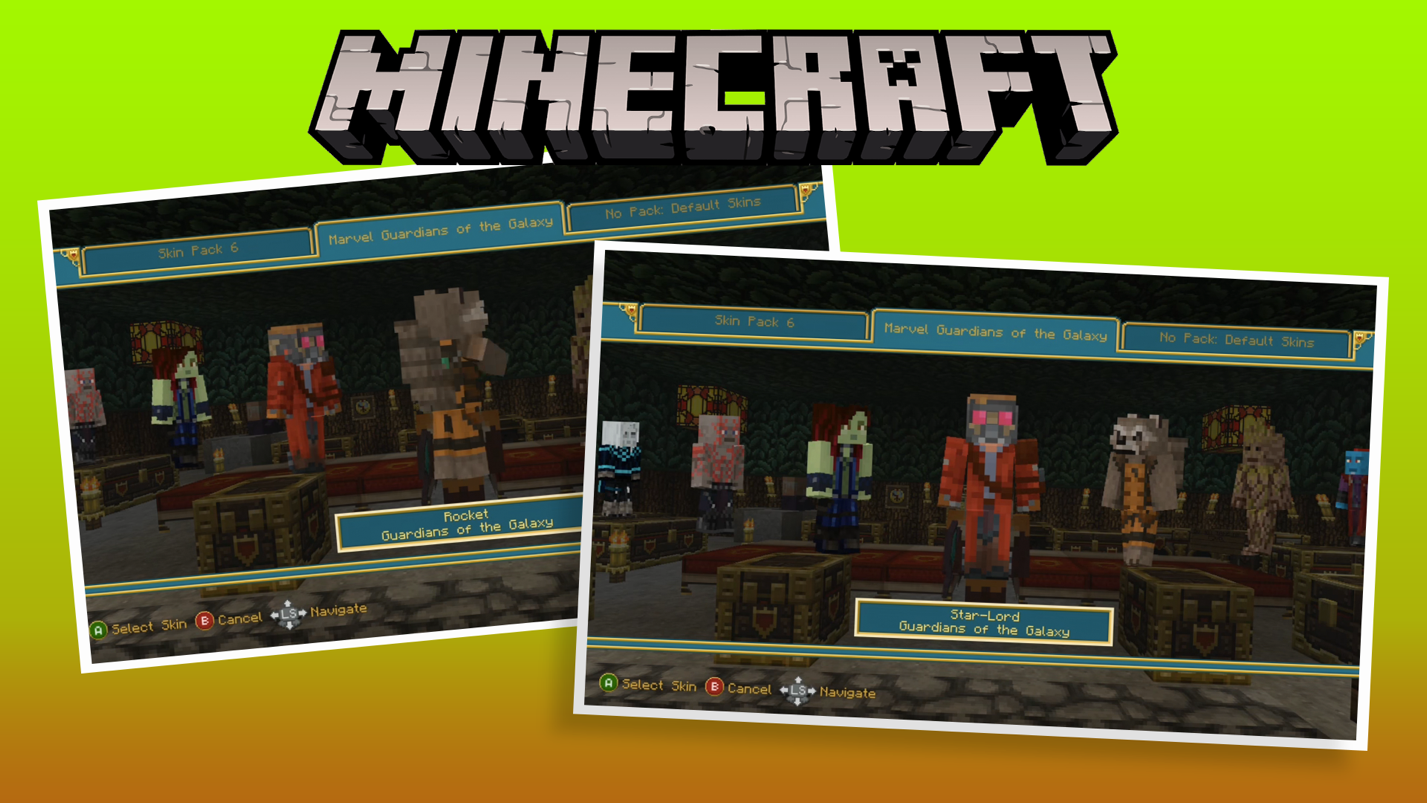 How can Marvel forget Avengers? Yes! There was Avengers Themed Skin pack as well for Minecraft. Like other Marvel’s skin pack, this one is also no more available. But due to its popularity, fans have created similar packs. All of the skins are well crafted and beautifully made. 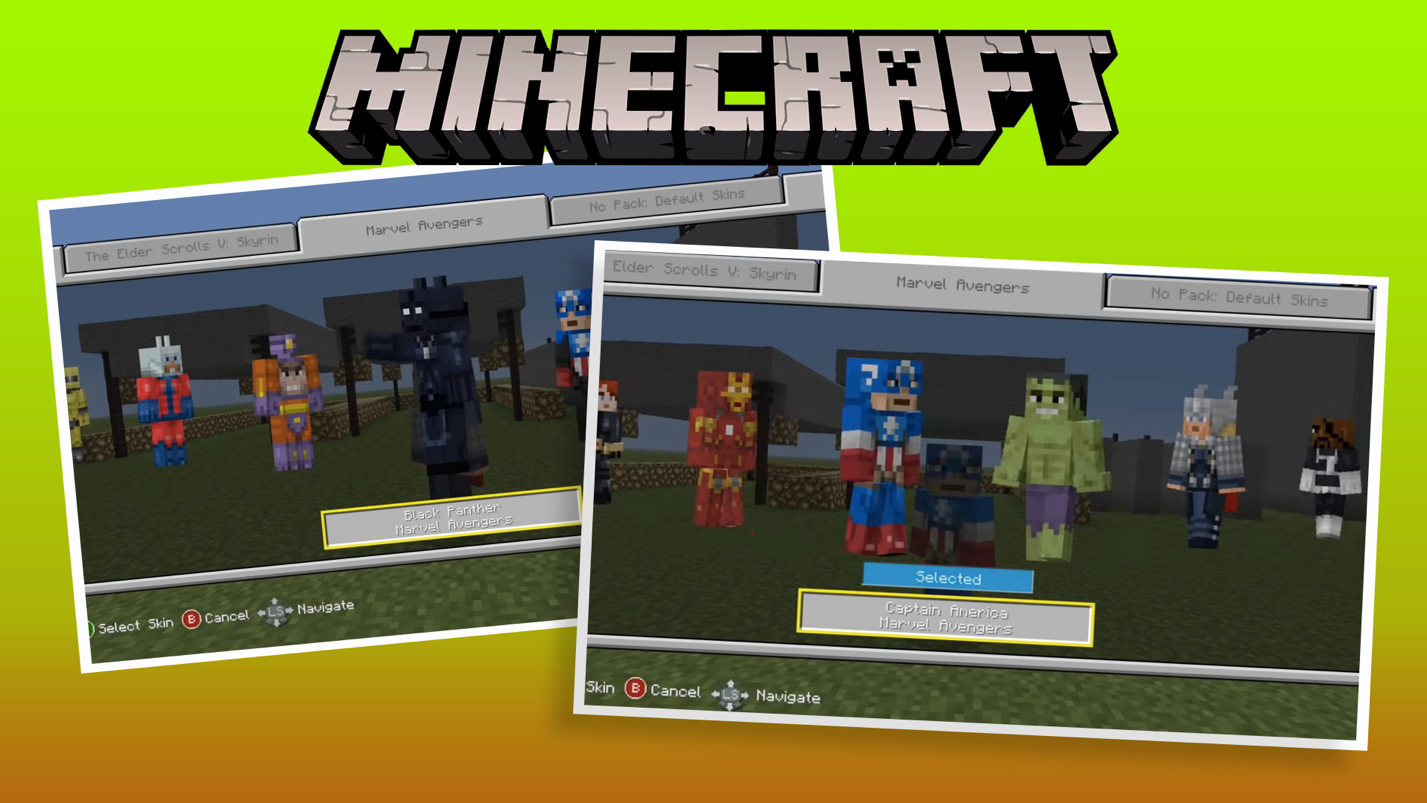 Capes were first announced at Minecon event 2011 and then released with other skin packs. Capes were highly desirable skin back in 2011 and now very hard to find. Every Minecraft fan would love to have one of them. Having these capes was considered a Minecraft award. 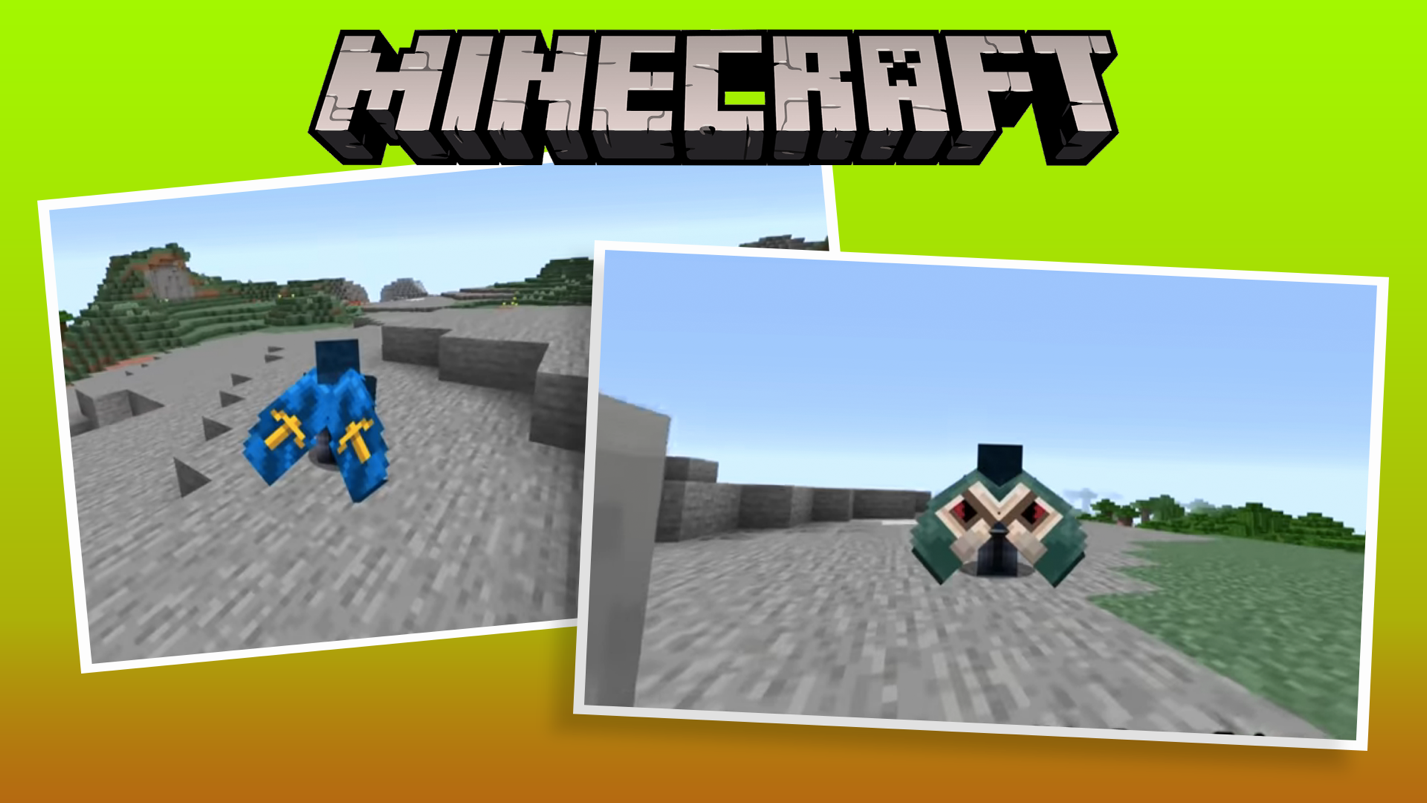 To promote Xbox live arcade XBLA game, an exclusive skin pack was released. The pack has a lot of skins of characters from classic games such as Tony Hawk and Paladin. This pack is for promotional purposes and stayed in the store for a short while. 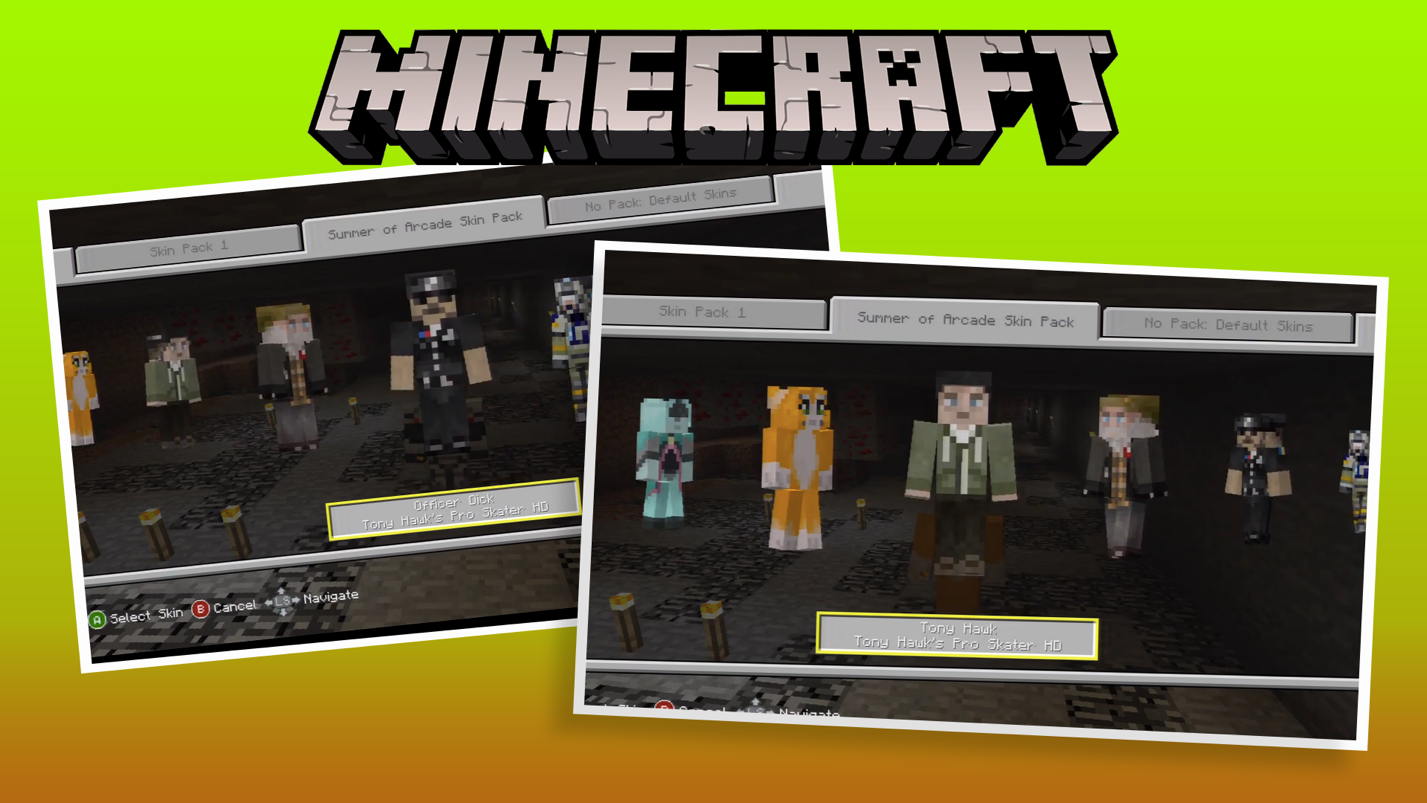 For a dedicated Minecraft player, personalization is very important. And when it comes to customization, every Minecraft fan would love to change the primary character’s appearance. Therefore, Minecraft allows changing the skins of the characters. There are tons of skin packs available on Minecraft Market Place, but many of the once really famous skins have not been vanished from Market Place and very hard to find. In this post, we tried to discuss some of those skin packs that are extremely rare to find. All of the skin packs discussed above were released for a limited time or repacked with other skins. Super Mario Edition is now exclusive for Nintendo’s console, while Marvel’s skin pack was released for a limited time. These rarest skins are hard to get anywhere now; however, many third-party similar skin packs can be found online.