In Minecraft, Netherite is the best element that you can get to fight against the mobs. This element can be used for attacking and defensive purposes, and you can get the maximum output by using it. Diamond gear is upgraded using netherite ingots, making it more durable and powerful that it can even resist fire and lava. This is a very rare element, and we are going to solve this problem as you can find it in Minecraft.

How to find a netherite in Minecraft

You can only find netherite by going into a place called nether and you can only go there by creating a nether portal. You need obsidian to create this portal that you can get by combining the lava with water. In the below image the black colored blocks are the obsidians, and you can mine them by only using a diamond pickaxe. 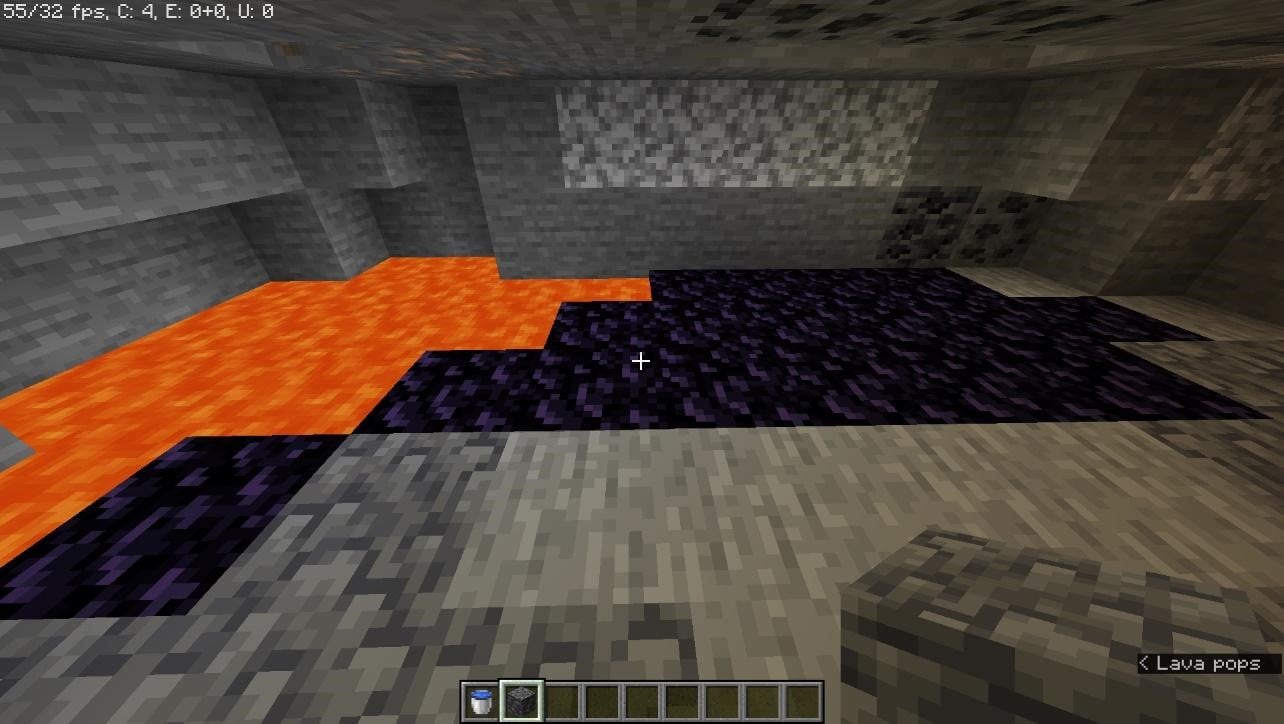 Mine and collect 10 obsidian for the portal and place them like this shown in the image below. The corner blocks do not matter as you can fill them with any blocks like I did. 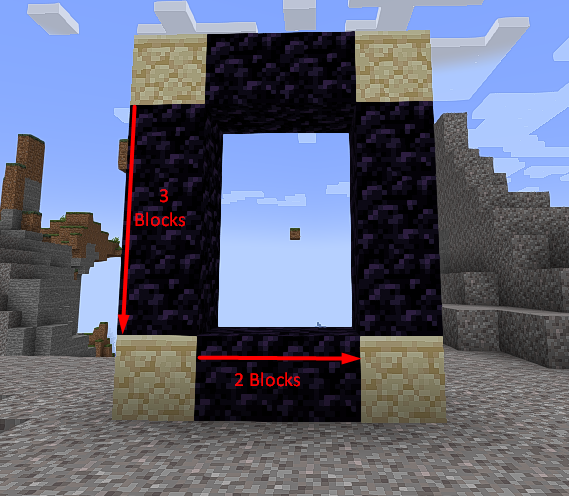 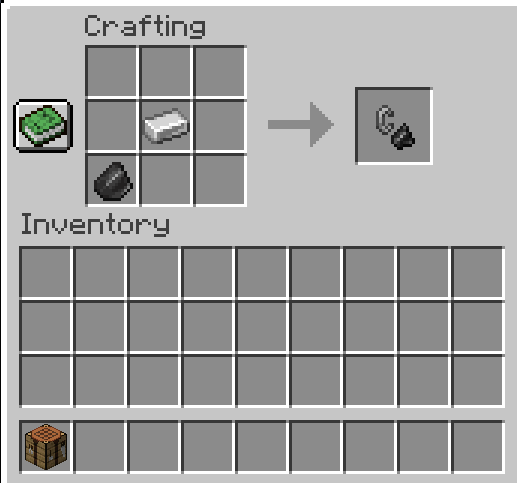 After that, you need to equip this item and then right click on the blocks of obsidian to light it up as shown below. 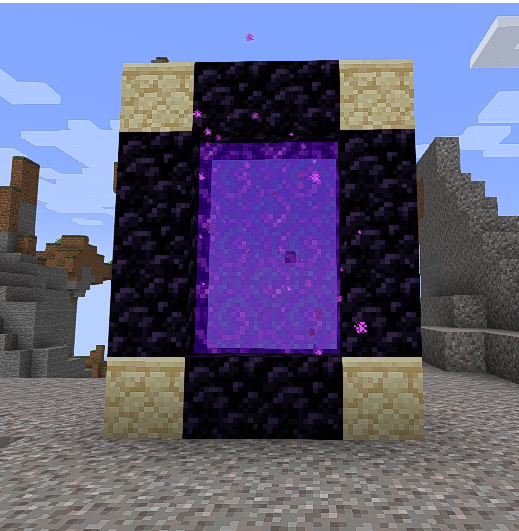 Now that you have a portal set up, you need beds, and a lot of beds. The reason is that when you place those beds inside the nether and then right-click on them, they will explode which will provide you with the ‘Ancient Debris’ that are necessary for the netherite. You can craft beds by using any three pieces of wool and wood as shown below. 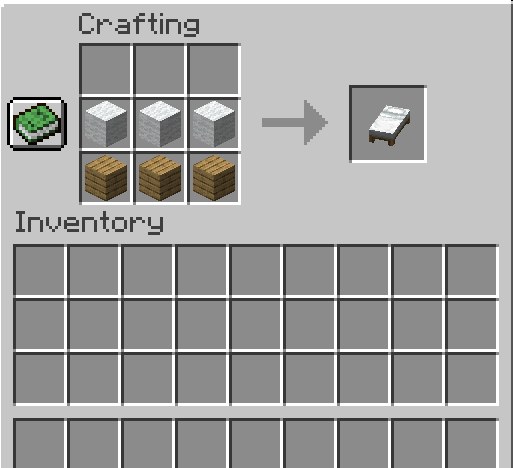 Now the Minecraft game is based on the X, Y and Z coordinates and you can find the values of these coordinates by pressing the F3 key from the keyboard. After that you need to dig down until the value of ‘Y’ coordinates reaches to 12 at a place where there is no lava nearby as shown below. 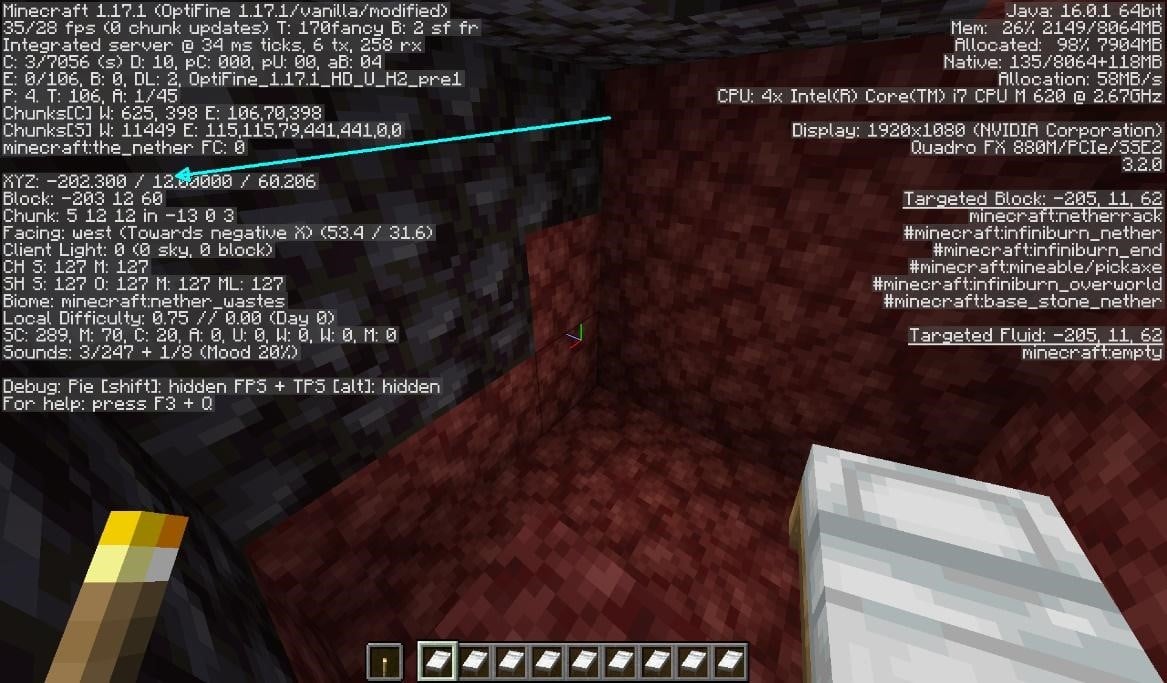 Once you have reached there, make an area to place your beds and make sure to protect yourself from the bed’s explosion by placing blocks in front of you as shown below.

In a normal situation you can sleep on the bed by right clicking on it but your bed will explode when you are in the nether. So now you need to right click on it to blow all the beds and after that you should be able to find the ancient debris that will be used to make a netherite. 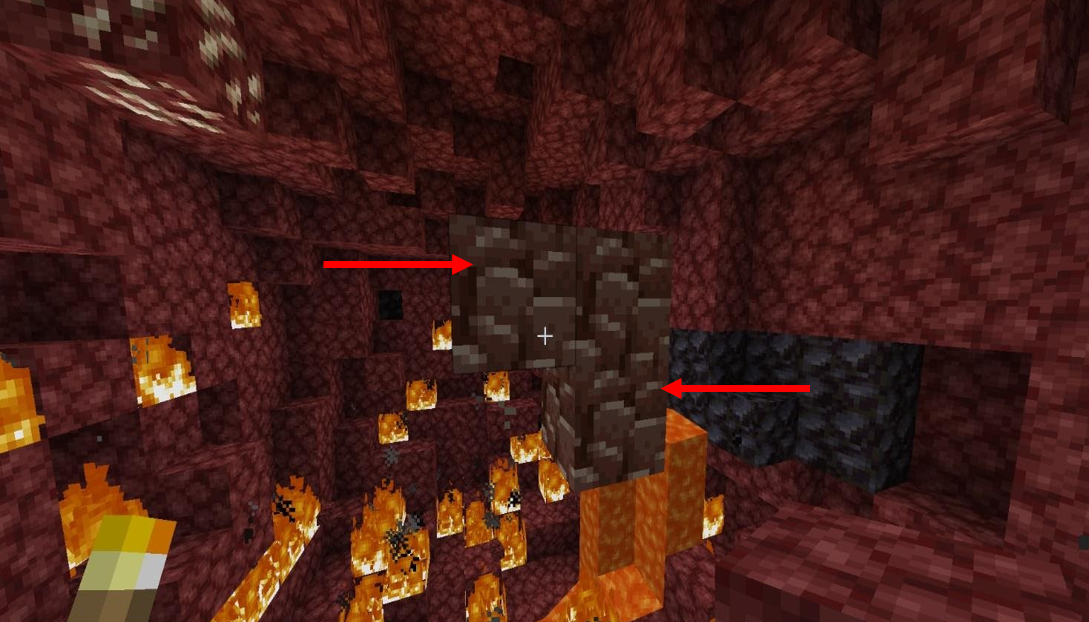 After collecting the ancient debris, the next step is to put that into a furnace along with a fuel source to make a netherite scrap by using a smelting process: 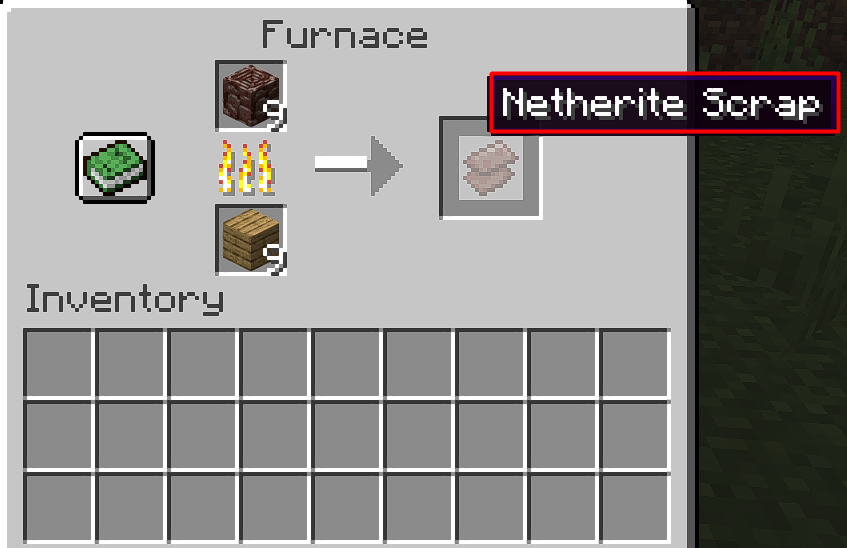 You can create a netherite ingot by placing four pieces of netherite scrap along with four pieces of gold ingot inside a crafting table. Gold can be found deep in caves and then it can be smelted in a furnace to make a gold ingot. 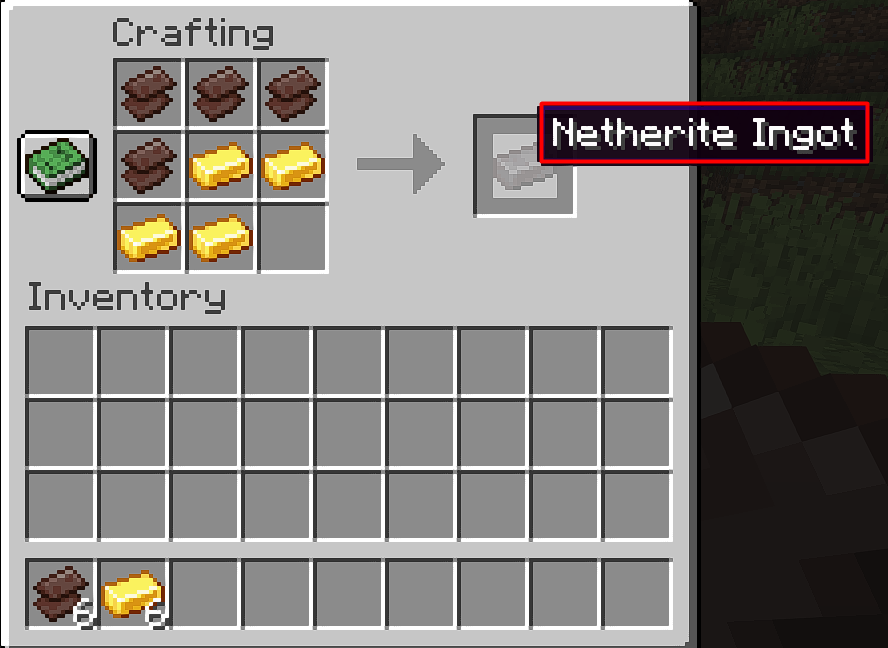 After a long process, we have the best mineral in the game that can be used to make many tools and armor by using a smithing table that can be crafted by using four pieces of wooden planks along with two pieces of iron ingots. 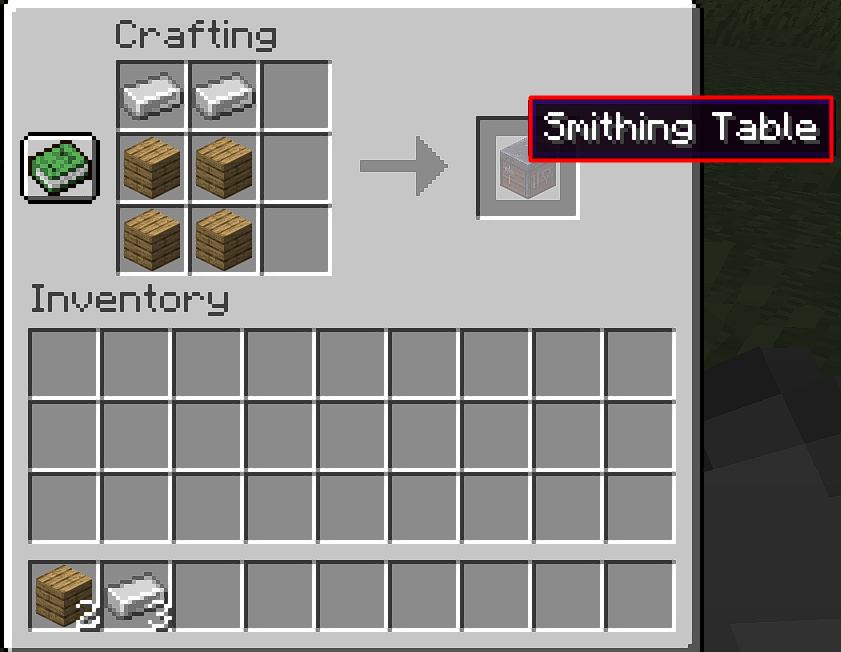 This is how a smithing table will look like when it placed on the ground: 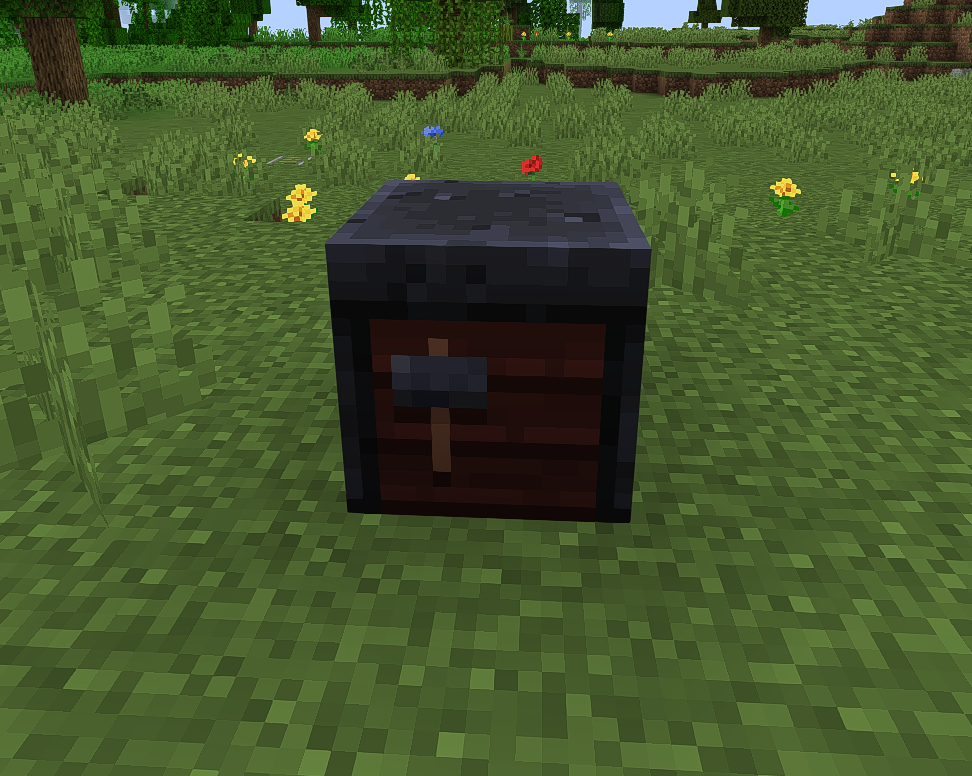 Now you can craft a netherite pickaxe by placing a diamond pickaxe along with a netherite ingot inside a smithing table as shown below: 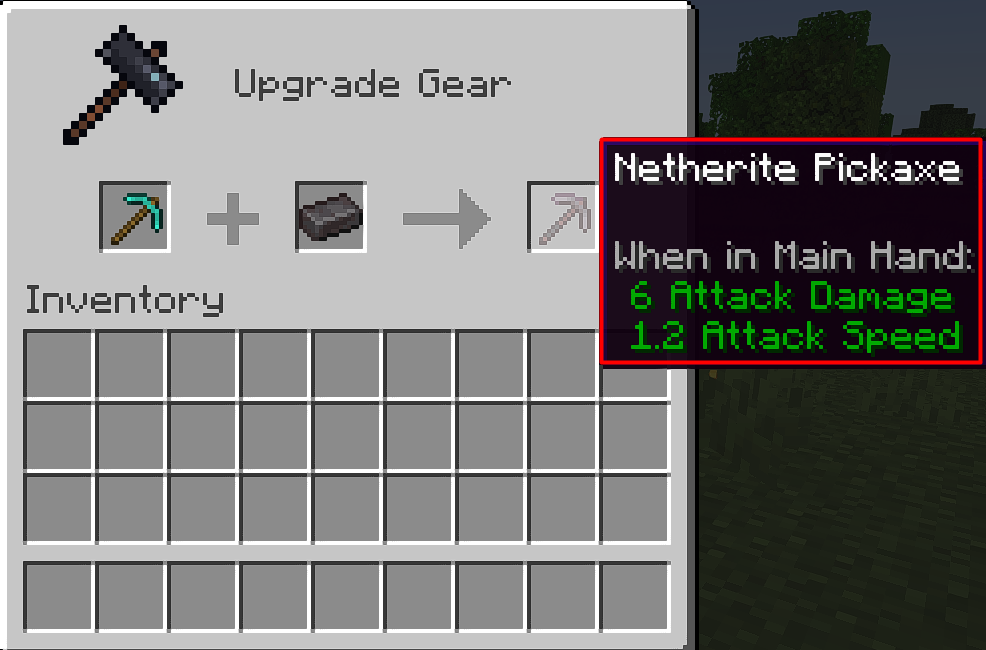 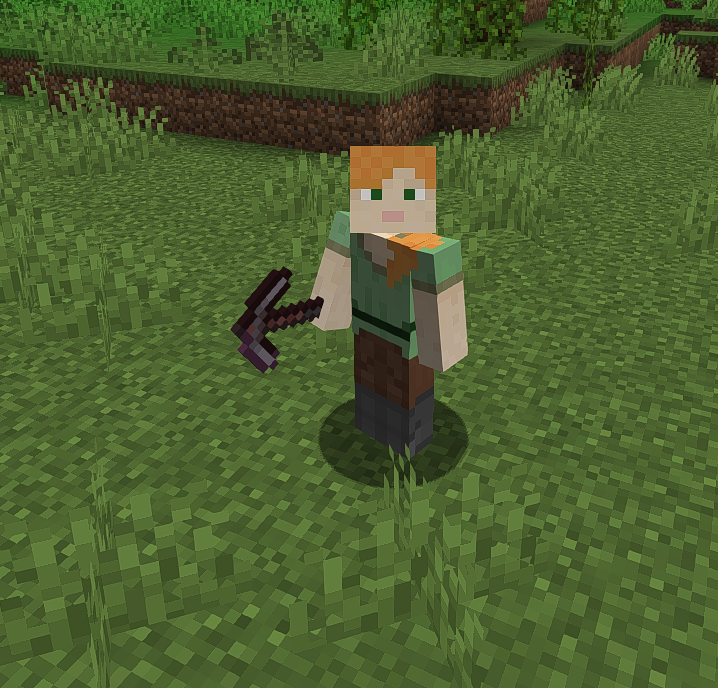 Netherite is the strongest but also a very rare element that you can get in Minecraft to fight mobs. It has the strongest durability and the highest attack power which means that it can be used for both defensive and attacking purposes. You can use this element on any diamond based gear and the detailed process to get this item has been discussed in this article.