Introduction to TCP and SYN connections

Then the connection is established, as explained with graphics in Nmap basic scan types, this process has the problem the third handshake, the final confirmation, usually leaves a connection log on the device to which you requested the connection, if you are scanning a target without permission or want to test a firewall or Intrusion Detection System (IDS) you may want to avoid the confirmation to prevent a log including your IP address or to test the capability of your system to detect the interaction between systems despite the lack of an established connection, called TCP connection or Connect Scan.  This is a stealth scan.

The example above shows a SYN connection, which does not establish a connection in contrast to a TCP connection or Connect Scan, therefore there is not log on the second device about a connection, nor your IP address logged.

Nmap doesn’t support SYN (-sS) connections without privileges, to send SYN requests you must be root, and if you are root requests are SYN by default. In the following example you can see a regular verbose scan against linux.lat as regular user: 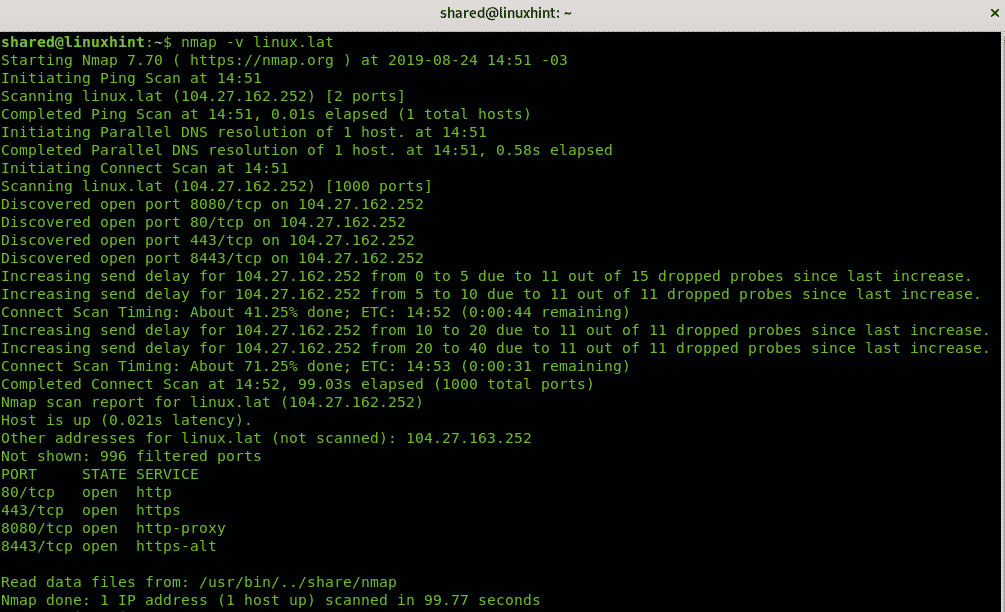 As you can see it says “Initiating a Connect Scan“.

In the next example the scan is carried out as root, therefore it is a SYN scan by default: 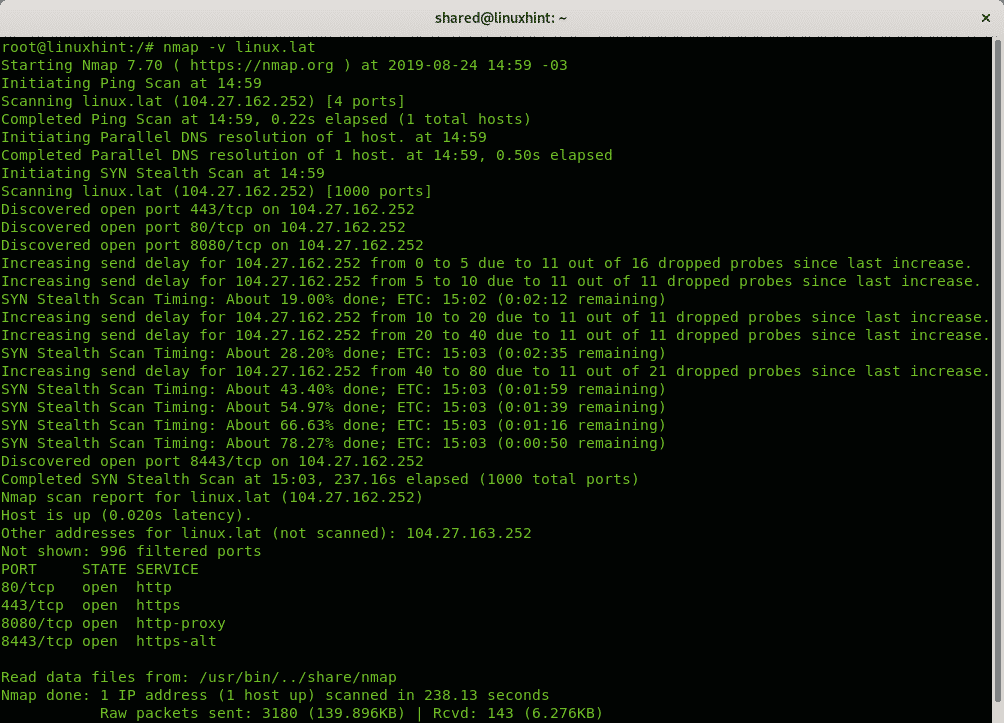 And as you can see, this time it  says “Initiating SYN Stealth Scan“, connections are dropped after linux.lat sent its ACK+SYN response to Nmap’s initial SYN request.

Despite sending a RST packet preventing the connection, grom being logged a SYN scan can be detected by firewalls and Intrusion Detection Systems (IDS). There are additional techniques to carry out more stealthy scans with Nmap.

Nmap works by analyzing the packets responses from the target contrasting them with protocols rules and interpreting them. Nmap allows to forge packets to generate the proper responses revealing their nature, for example to know if a port is really closed or filtered by a firewall.
The following example shows a NULL scan which does not include SYN, ACK or RST packets.
When doing a NULL scan Nmap can interpret 3 results: Open|Filtered, Closed or Filtered.

This means when carrying out a NULL scan Nmap doesn’t know how to distinguish from open and filtered ports depending on the firewall response or lack of response, therefore if the port is open you’ll get it as Open|Filtered.

In the following example the port 80 of linux.lat is scanned with a NULL Scan, with verbosity. 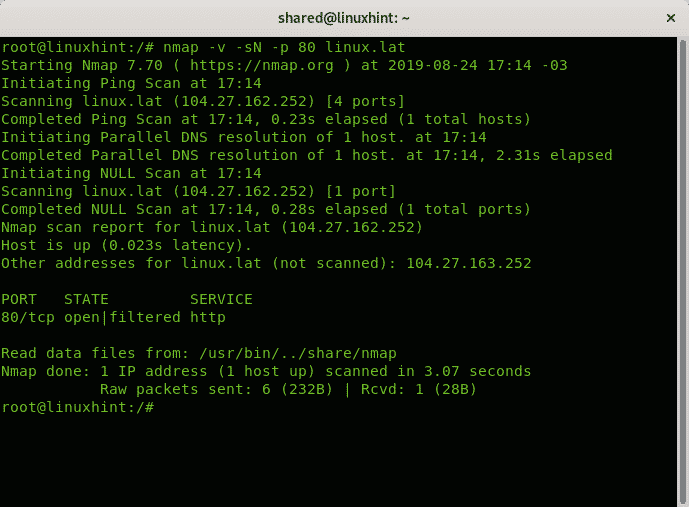 As shown in the following example you can add the options -sV to discover if the port portrayed as Open|Filtered is actually open, but adding this flag may result in an easier scan detection by the target as explained in Nmap’s book. 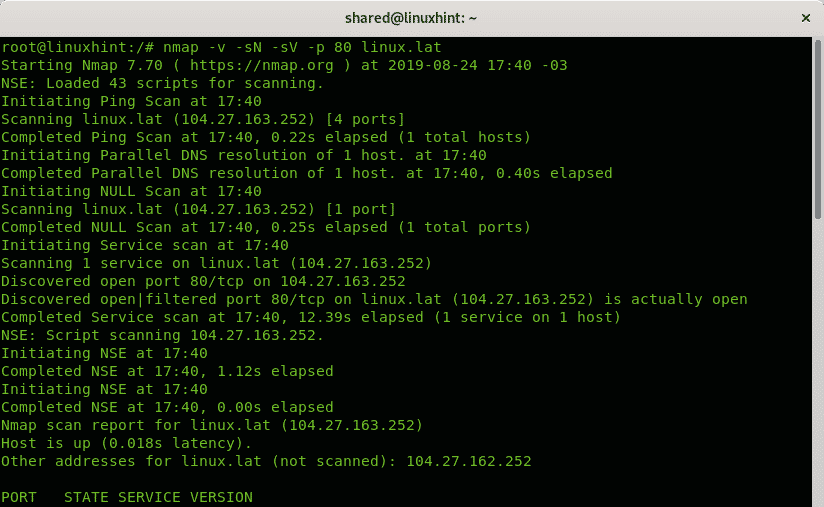 As you can see, in the last screenshot Nmap reveals the real state of the port, but by sacrificing the undetection of the scan.

I hope you found this article useful to get introduced to Nmap Stealth Scan, keep following LinuxHint.com for more tips and updates on Linux and networking.