This tutorial is part of a series of tutorial to get started with nmap from the beginning. The first tutorial was an introduction to nmap flags and what they do. This tutorial will explain additional methods to carry out network scans with nmap.  I will cover the follow topics.

Note: Remember to replace the used IPs addresses and network devices for yours.

Where:
Script pre-scanning: This phase is optional and does not take place in default scans, the “Script pre scanning” option is to call scripts from the Nmap Scripting Engine (NSE)  for the pre scanning phase like dhcp-discover.
Target enumeration: In this phase, the first one in default scan methods, nmaps only incorporates information on the targets to scan such as IP addresses, hosts, IP ranges, etc.
Host discovery (ping scanning): In this phase nmap learns what targets are online or reachable.
Reverse-DNS resolution: in this phase nmap will look for hostnames for the IP addresses.
Port Scanning: Nmap will discover ports and their status: open, closed or filtered.
Version detection: in this phase nmap will try to learn the version of the software running in open ports discovered in the previous phase, like what version of apache or ftp.
OS detection: nmap will try to learn the target’s OS.
Traceroute: nmap will discover the target’s route on the network or all routes in the network.
Script Scanning: This phase is optional, in this phase NSE scripts are executed, NSE scripts can be executed before the scan, during the scan and after it, but are optional.
Output: Nmap shows us information on the gathered data.
Script post-scanning: optional phase to run scripts after the scan was finished.

Now let’s use the parameter –top-ports to scan the 5 top ports of the IP range 172.31.1.* including all possible addresses for the last octet. Nmap top ports are based on the most common services ports used. To scan the top 5 ports run: 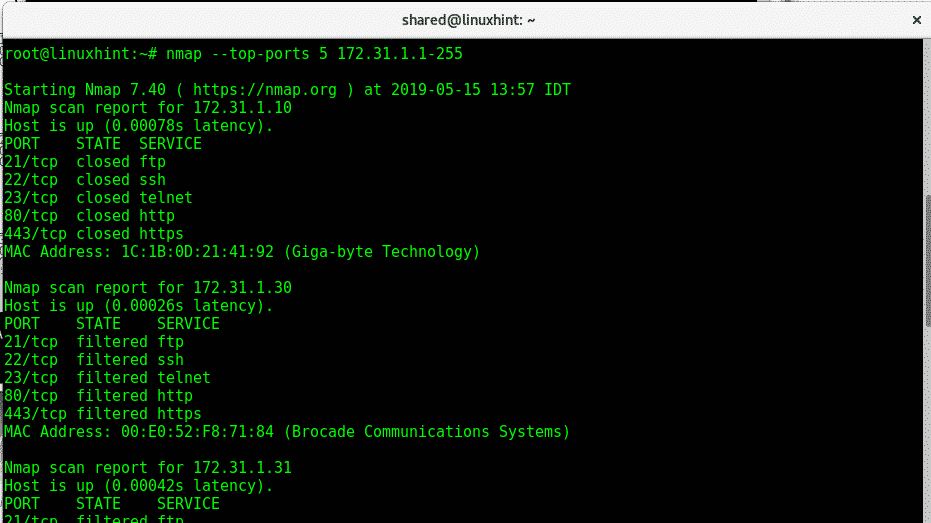 Where:
Nmap: calls the program
–top-ports 5: limits the scan to 5 top ports, top ports are the most used ports, you can edit the number.

The following example is the same but we use the wildcard (*) to define an IP range from 1 to 255, nmap will scan all them: 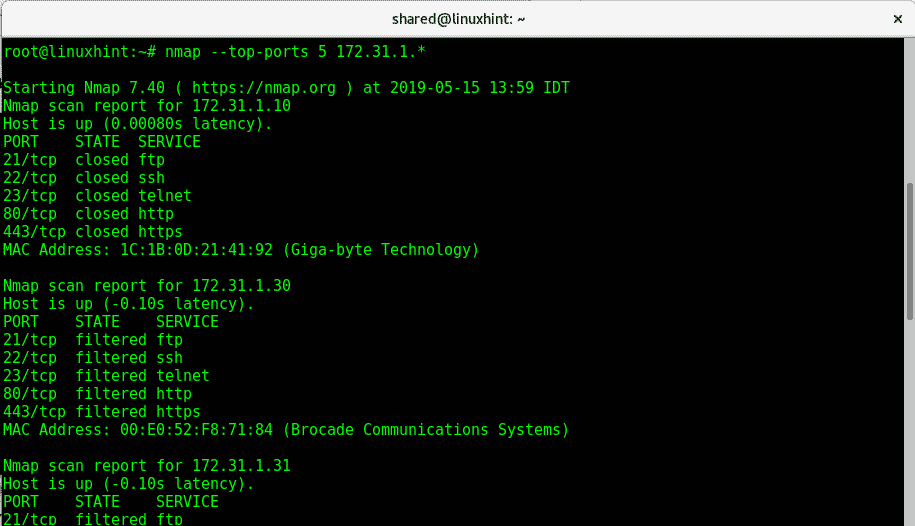 Specifying a port with Nmap

Running a fast scan with Nmap:

To run a Fast scan on all ports on devices belonging to an IP you need to apply the -F option:

The following command with parameter –open will show all ports opened on devices within an IP range: 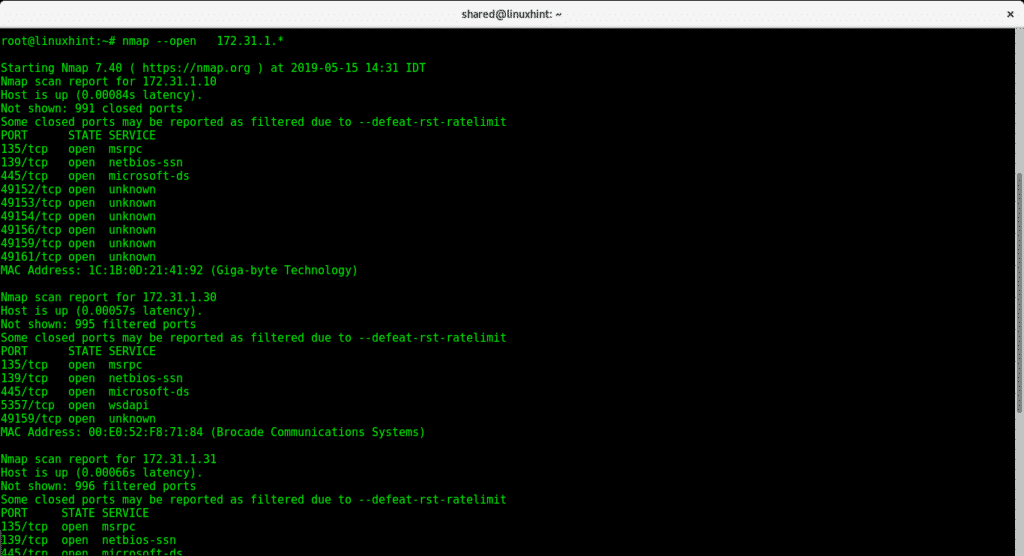 For a more aggressive OS detection you can run the following command: 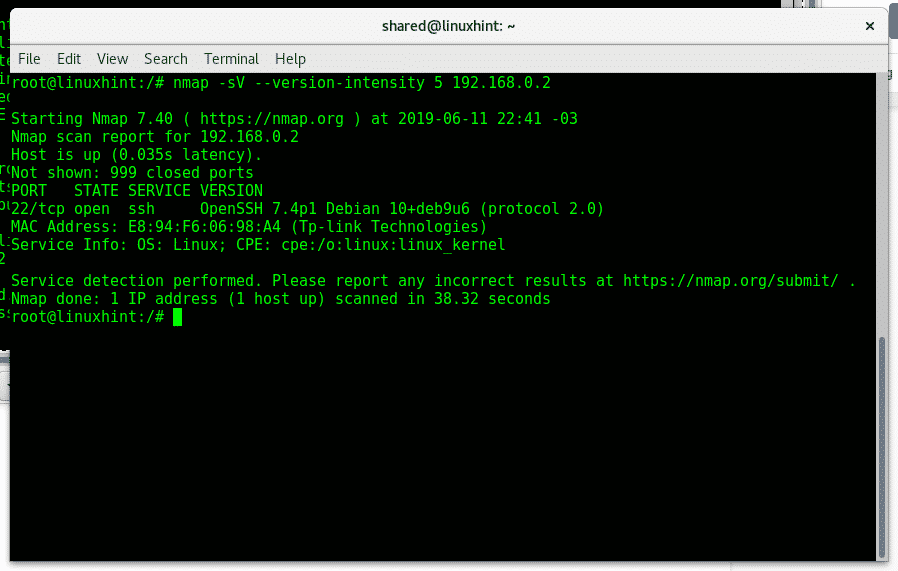 To instruct Nmap to save results as txt you can use the -oN option as shown in the image below:

The command above creates the file “result.txt” with the following format:

If you want to export results as XML use the options -oX instead.

I hope this tutorial was useful as an introduction to nmap network scanning,