The Arduino boards can be used to make a variety of do-it-yourself projects and help the beginners to learn more about circuits. Similarly, making such projects using Arduino also gives a better understanding for the working of the small daily use devices. A small project of creating a digital clock using the Arduino is demonstrated in this discourse.

How to design a digital clock using Arduino

In the past to calculate the time the analogue clocks were used which had a dial having numbers ranging from 1 to 12 and the dial had needles. But now the digital clocks are mostly used as they are compact in size, more accurate and less power consuming. To understand the working of the digital clock we have created a digital clock using Arduino Uno. 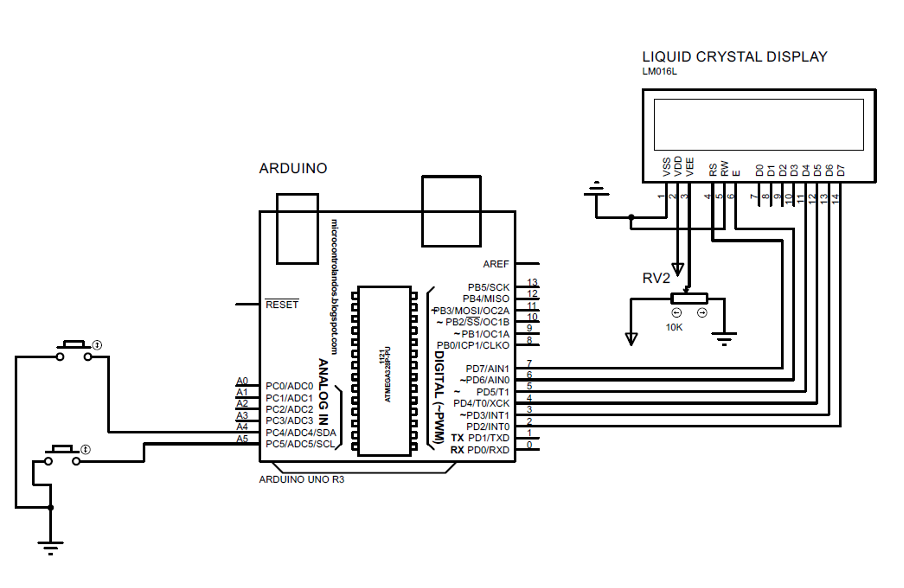 For assembling the circuit we have used the breabroad through which all  components are connected with each other. Moreover we have given a figure below that further clears the connection of the components:

state2 = digitalRead(bmins);
/* if the state of the button is low then add one in the minute value and display the time*/

In the Arduino code first, we have defined the library for the display module and the pins of Arduino are assigned to LCD. Next we have declared the separate variables for hours, minutes and seconds. Also variables for the push buttons are  declared with a pin to which they will connect. Similarly, there are two variables for the state of the buttons and one variable for the checking of the time.

In the setup function the mode to the push buttons is INPUT_PULLUP and the dimensions of the LCD are initialized.

Coming to the loop function first the format in which the clock is displayed is printed on the LCD then the TIME variable is used to determine if it is AM or PM. Since the status of the AM and PM changes after the 12 o’clock so the if conditions are made accordingly.

As we know that there are only 60 minutes in an hour and 60 seconds in one minute so whenever the value of the seconds reaches 60 it will make an increment of one in the value of minute and the same is the case with the hour value.

The figure for the actual hardware output for the circuit to make digital clock  is given below:

The digital clocks are the advanced form of the analogue clocks which are more precise and less power consuming. Similarly, these clocks have display modules embedded in them on which the time is displayed in the form of numbers or digits. To understand the design and working of the digital clock we have  created a  digital clock using Arduino Uno.