The Arduino is a platform where we can create projects or circuits of different devices very easily. This platform provides users with a variety of boards which differ in their specification. Similarly using the Arduino platform, we can learn more about complex circuits and also design a circuit of our own. In this discourse we have created dice using Arduino uno board.

The Arduino code for the digital dice is given followed by the schematic of the circuit designed for the dice created using Arduino Uno: 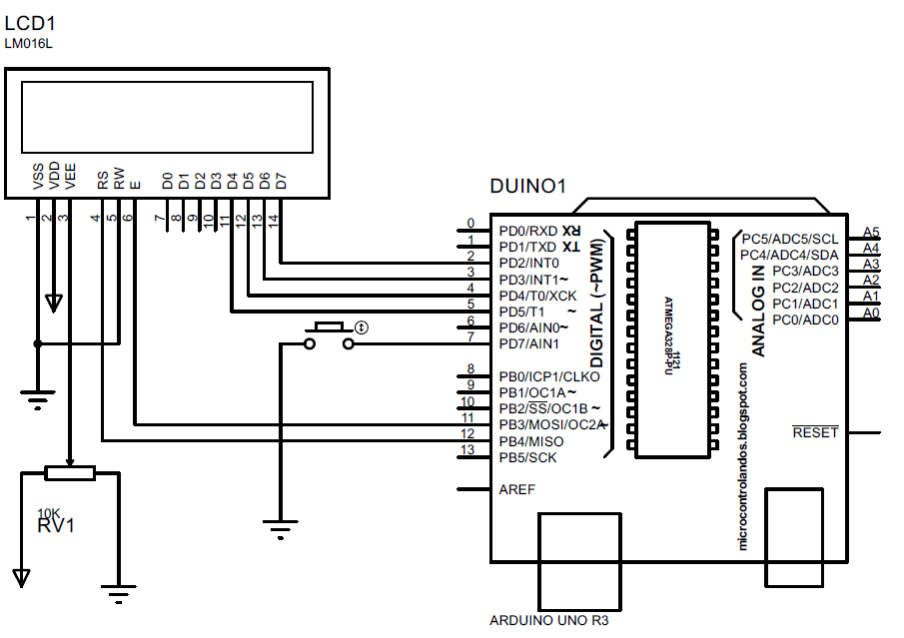 We have used the following list of components for creating the dice:

we have first placed each component on the breadboard  and they are connected with Arduino and can be seen from the image posted below:

To create a digital dice the compiled arduino code is given:

The Arduino code for creating a dice is compiled in such a way that first we have defined the library <LiquidCrytsal.h> for the LCD then we have declared the variables rn1, rn2 for storing the values for the dices.

To roll the dice we have a button as the input to the Arduino code by assigning it the pin 7 of Arduino and giving it INPUT_PULLUP mode. The INPUT_PULLUP mode is mainly used for the push button to stabilize the output of the button.

Similarly, in the setup function after initializing the dimensions of the LCD we have used the randomSeed() function to shuffle the random generating sequence every time the random values are generated.

In the loop function we have read the state of the button using the digitalRead() function and we have used an if statement that if the button is pressed the dice will roll. In this program we have created two dice that will roll simultaneously. The  value of both  dice  are printed on the LCD using the lcd.print() function.

One thing that is to be remembered is that when the INPUT_PULLUP mode is given to the button, its states are inverted and it provides a stable input to the Arduino board. Similarly, when the button is in the un-pressed state its value will be HIGH and the state of the button will be changed to LOW when the button is pressed.

To demonstrate  the working of the Arduino code  compiled for creating a digital dice we have posted the images in the sequence of how the code runs.

Following output will display on LCD when you first run the Arduino program: 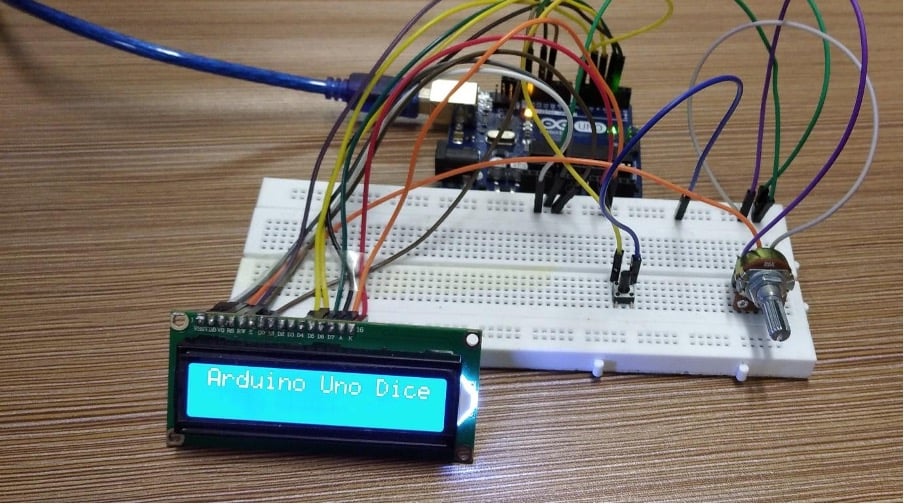 When we press the button both the dice are rolled and the values are displayed on the LCD  as  given in the image below: 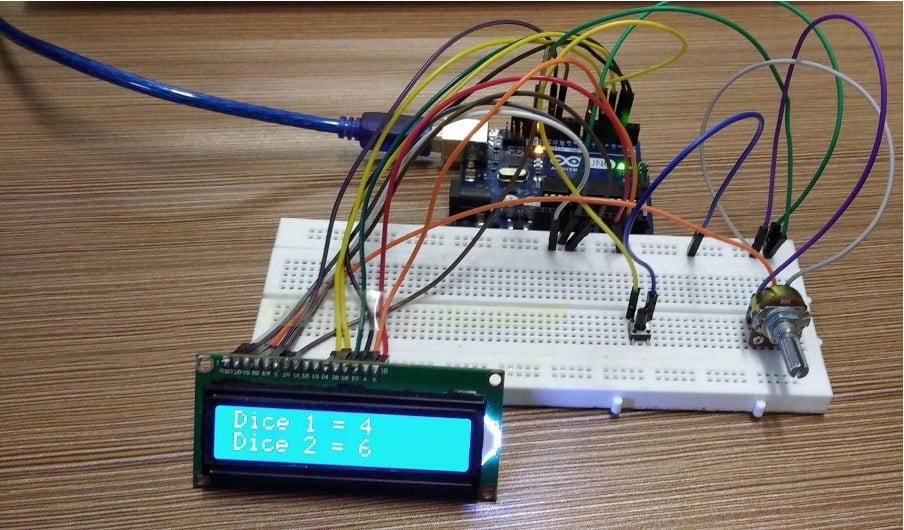 To interface a number of devices or peripherals with microcontrollers the Arduino boards are a viable option as they are easy to configure and easy to work with. By interfacing different peripherals we can create some cool projects that can help in better understanding of designing circuits for making  various devices. In this write we have created a dice using Arduino programming with the help of Arduino IDE and Arduino Uno.