The Arduino platform facilitates its users with providing hardware and software assistance in making either beginner or advance level projects. Similarly with the help of Arduino boards the interfacing of the multiple devices with the microcontroller has been made easy. These devices also include the different types of sensors and one which we are going to interface with Arduino Uno in this discourse. The sensor we are talking about is the motion detection sensor which detects the movement of the objects in its vicinity. This sensor is mostly used in the applications where movement of any object is to be monitored.

What is a PIR sensor or motion detection sensor 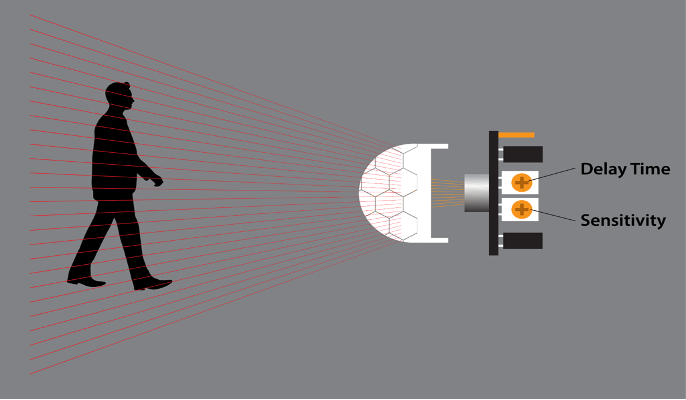 From the above picture we can see that there are two potentiometers with yellow knobs: the one on the right is for sensitivity adjustment of the sensor and the left one is used to adjust the delay time of the sensor.

To interface the motion detection sensor with Arduino Uno we have created a circuit whose schematic is given below: 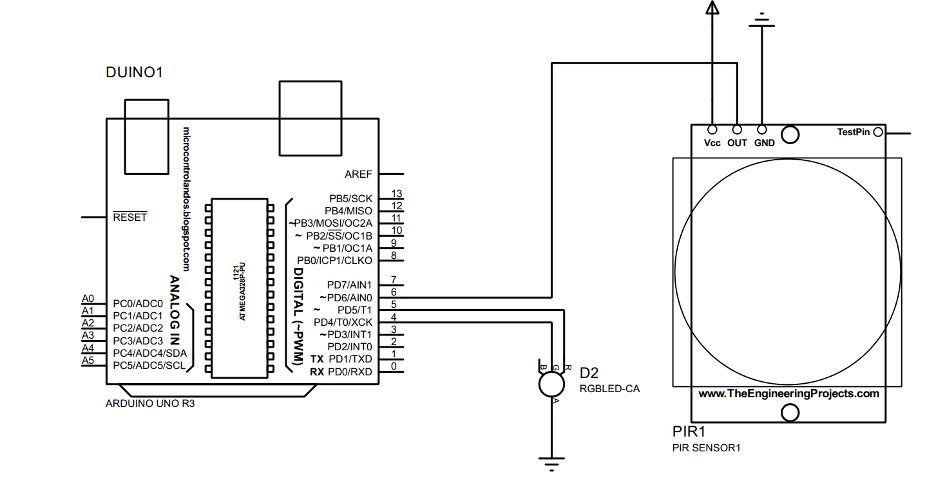 The circuit designed for interfacing the motion detection sensor with Arduino Uno is implemented on the hardware and for that we have provided the hardware assembly in the figure below: 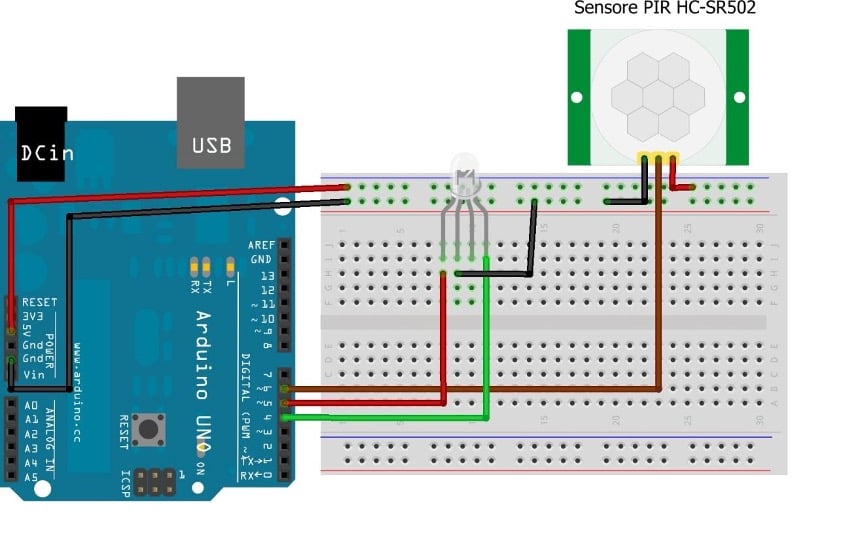 We have provided the code compiled for interfacing the motion detection sensor with Arduino Uno below:

The green led shows that the output  of the sensor is LOW which means there is no moving body present in its vicinity. As soon as there is a moving object sensed by the sensor its output will be HIGH and the red LED will turn on.

To control the LEDs for indication we have used if conditions that are based on the output of the sensor.

Hardware implementation for interfacing the motion sensor with Arduino Uno

We have given the figure below which shows the implementation of the hardware assembly we described above: