Virtualization is an interesting technology that refers to the creation of a virtual resource (server, desktop, storage, file, network or storage). This is an interesting concept that drives a lot of today’s technological workloads. If you’re interested in having the experience of virtualization, VirtualBox is a great tool to start with.

This guide will showcase how to install and use VirtualBox on openSUSE.

Here’s a quick example that implements virtualization. Did you ever try running Android on your PC? Android emulators are handy tools that allow running Android apps on your PC. Here, the emulator software creates a virtual machine on which the Android OS runs.

It’s an oversimplified workflow of how the Android emulators work. When you run any of those emulators, it allocates the existing hardware resource (CPU, GPU, RAM, and storage) to an Android OS and interfaces you with the virtual system. You have full control over how much CPU, GPU, RAM and storage it’ll consume.

Virtualization started early in the 1960s where the goal was to logically divide the hardware resource of mainframe computers to different apps. Here’s a short list where virtualization is currently used.

In this article, we’ll be focusing on the last point because VirtualBox is such a tool that allows desktop virtualization on your PC.

The features of VirtualBox are useful in a number of situations. For example,

VirtualBox is directly available from the official repo of openSUSE. Run the following commands. 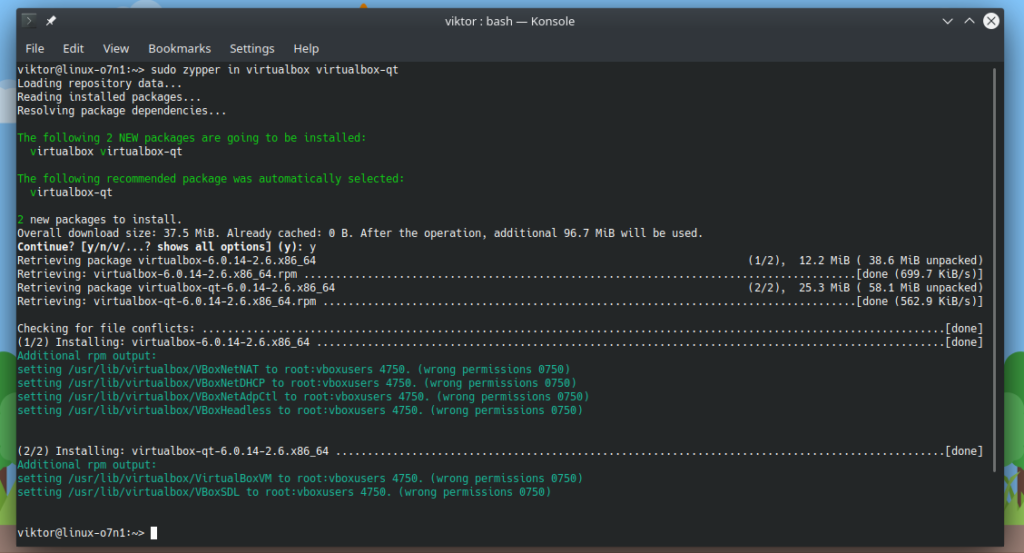 For using VirtualBox, the current user account has to be under the group “vboxusers”. We’ll be taking the help of YaST for this. Start YaST from the menu. 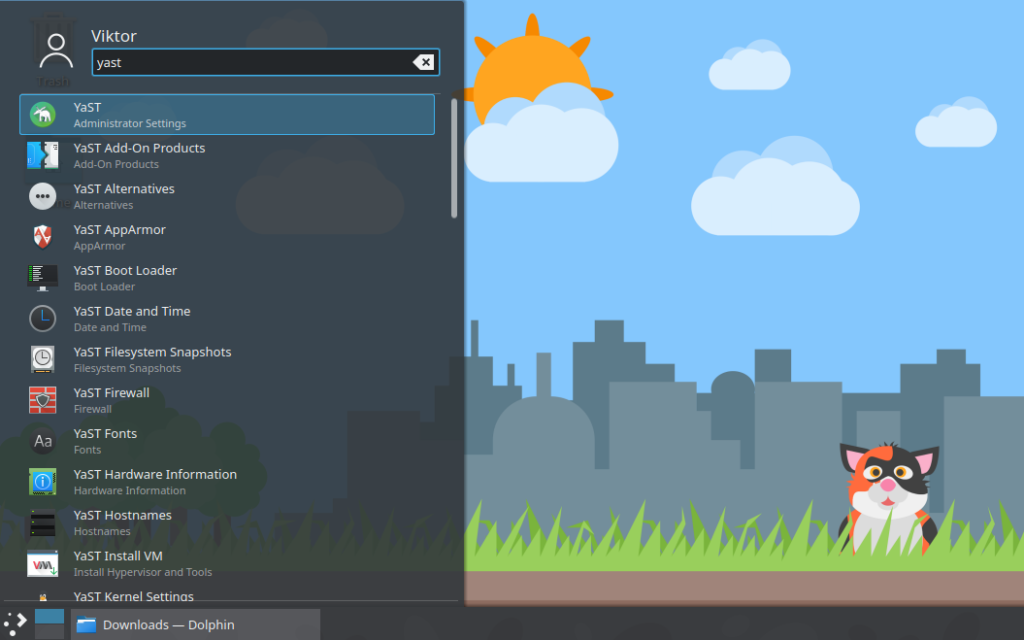 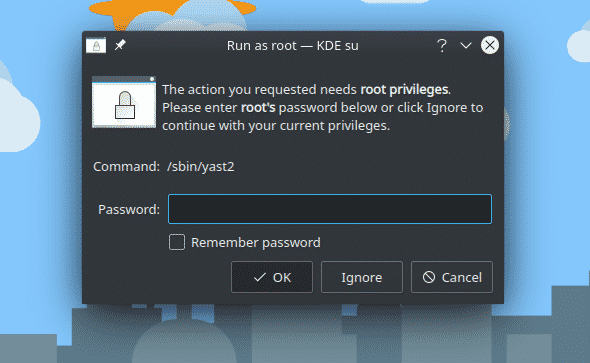 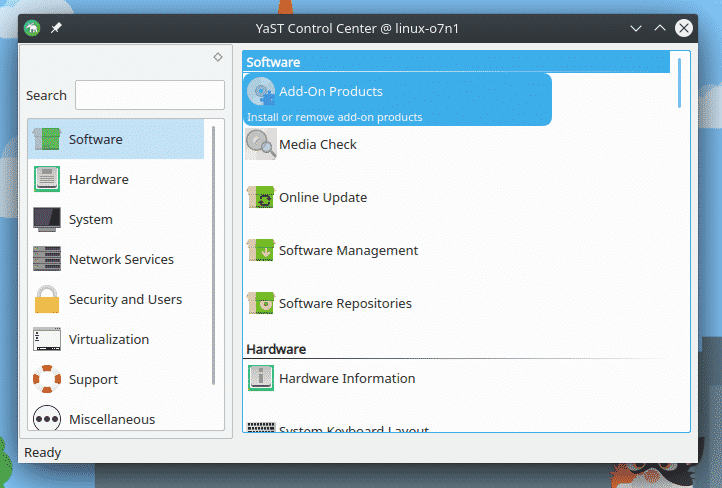 From the YaST Control Center, go to Security and Users >> User and Group Management. 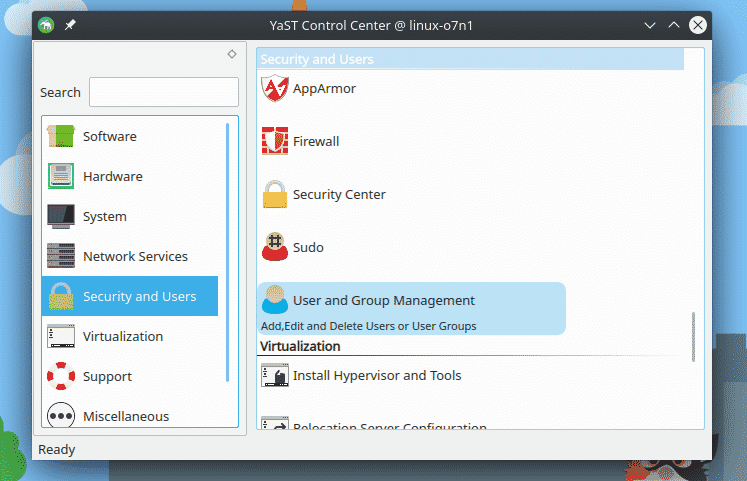 Under the “Details” tab, check the “vboxusers” group under the section “Additional Groups”. Then, click “OK”.

For unlocking the maximum features of VirtualBox, it’s also recommended to install the VirtualBox extension pack. Get VirtualBox Extension Pack. 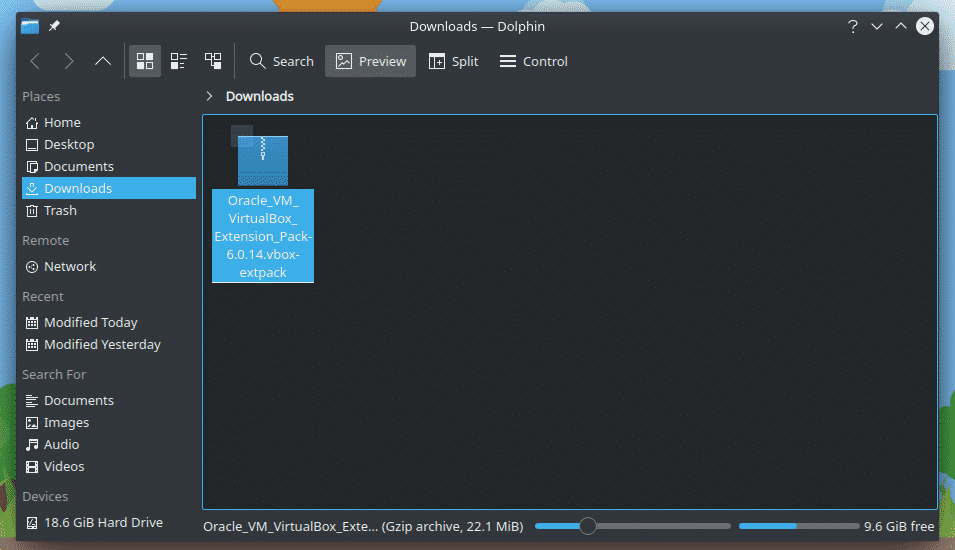 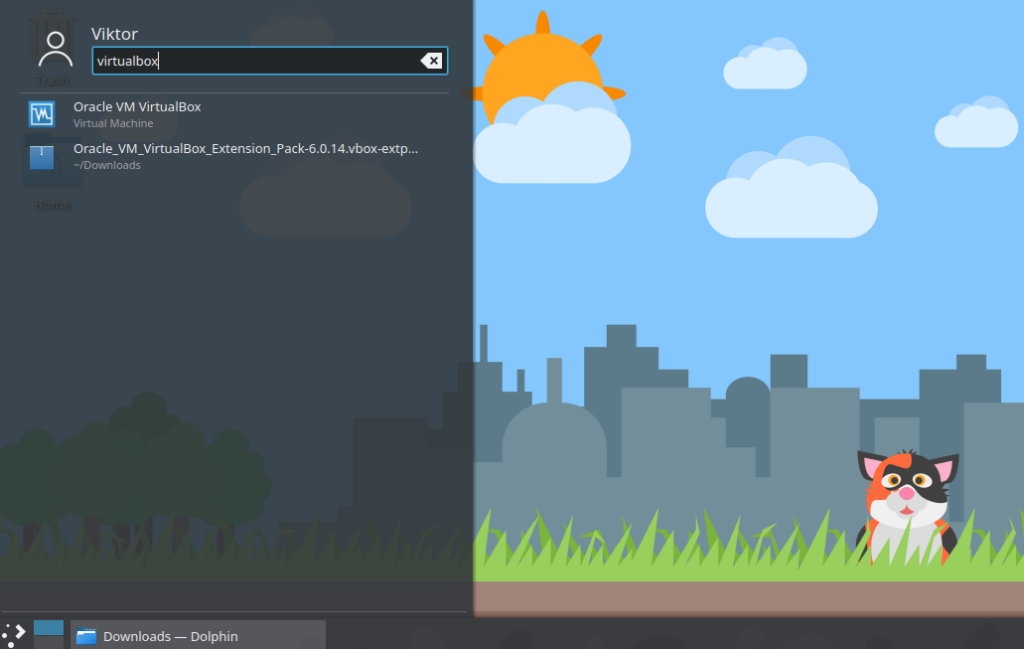 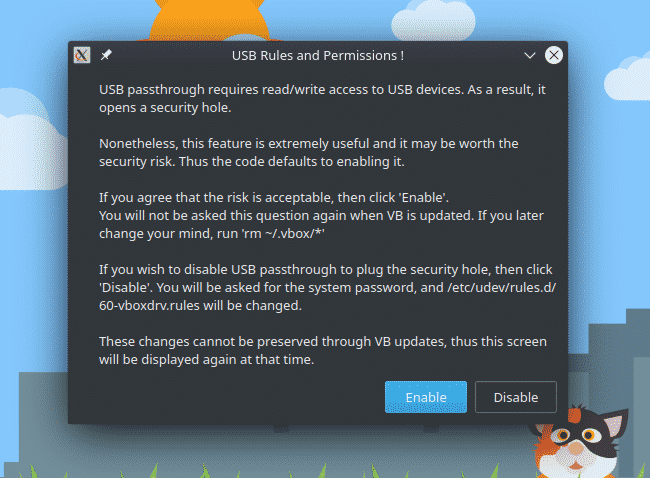 At first, you’ll have this notification. Read it carefully and make sure that whether you want to enable or disable it.

This is the main window of VirtualBox. 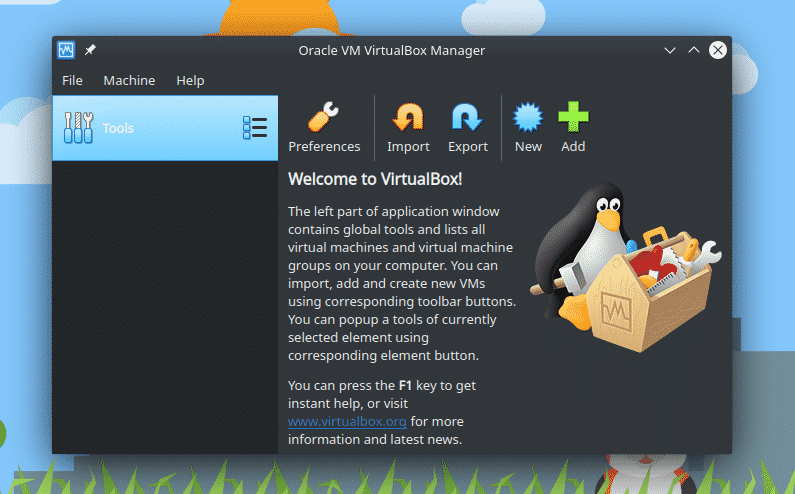 For installing the VirtualBox Extension Pack, go to File >> Preferences. 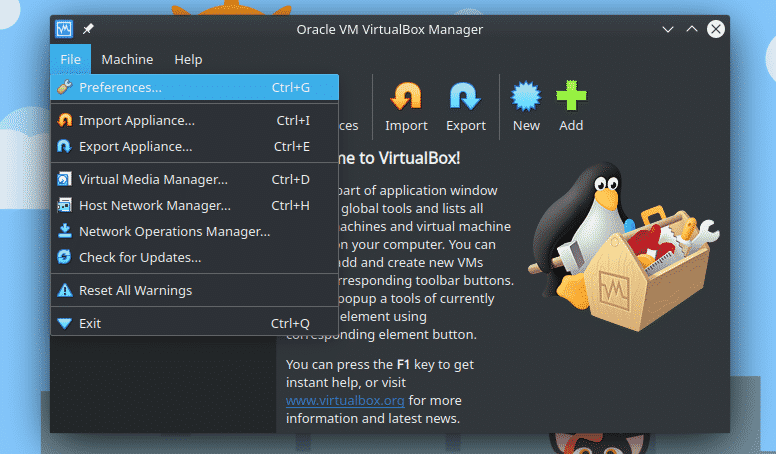 From the left panel, select “Extensions”. Click the “+” icon. You’ll be prompted to select the location of the extension pack. 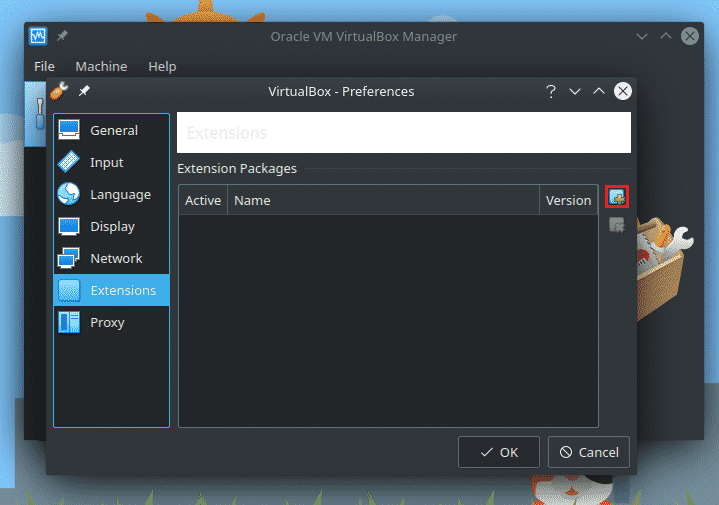 When selected, this VirtualBox “Question” dialog box will pop up. Click “Install”. 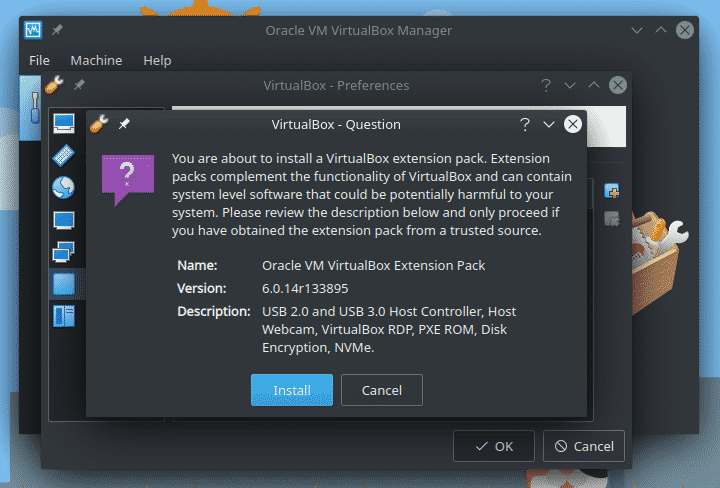 You’ll be prompted with the VirtualBox Extension Pack license agreement. Scroll to the bottom to agree with it. 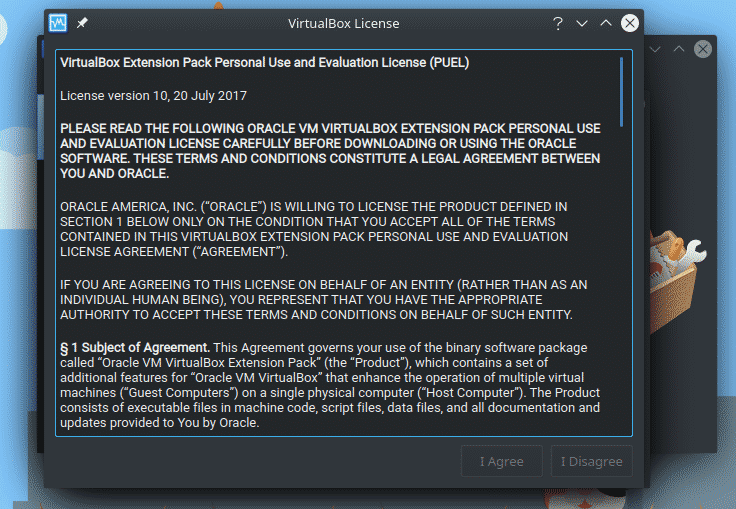 The action will require “root” permission. 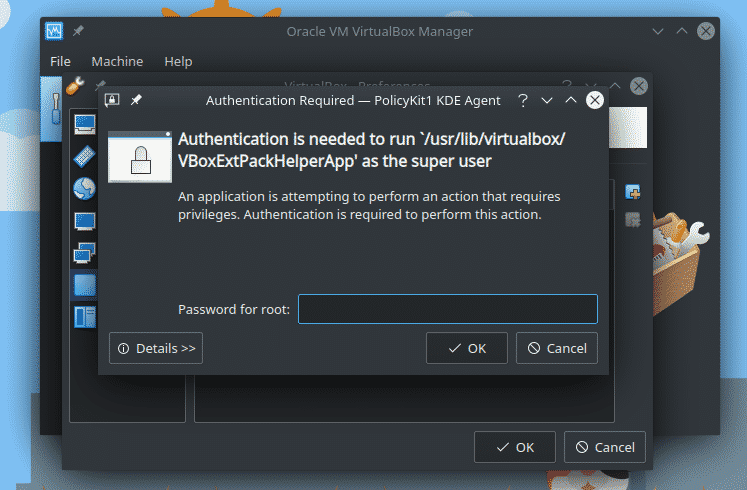 Once the installation is complete, the success message will pop up. 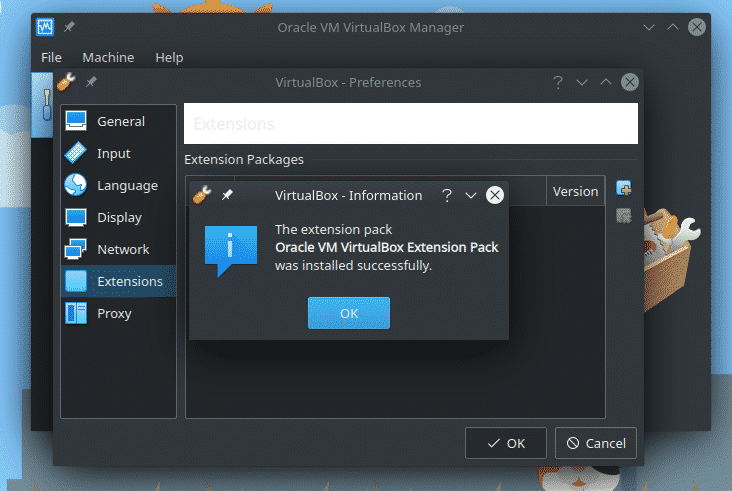 The extension pack will be added on the list of installed extensions.

Here are some of the common terminologies you’ll come across when dealing with VirtualBox and virtualization in general.

Let’s have a look at how to create a virtual machine using VirtualBox. From the main window, click “New”. 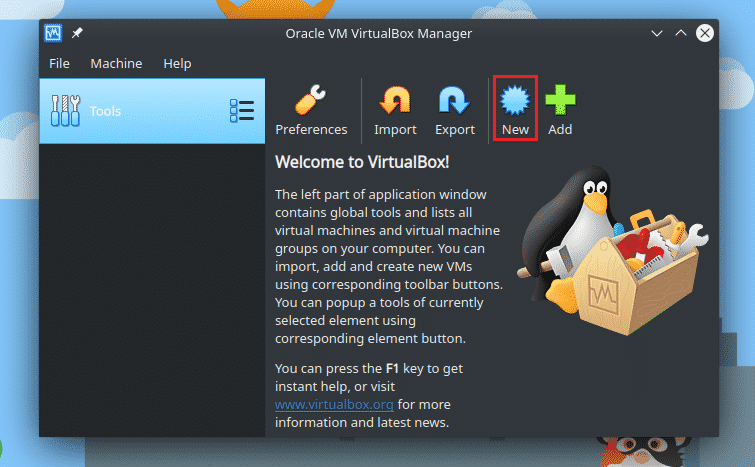 The first step is giving the virtual machine a proper name. Select the proper type of OS you’re going to run on that virtual system. 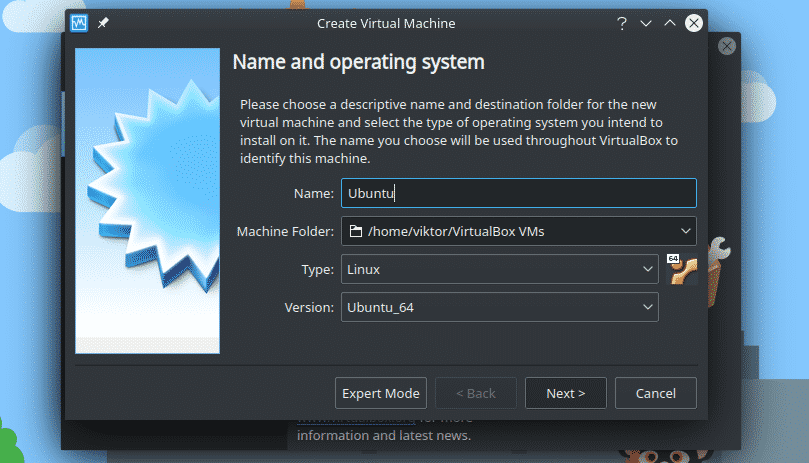 Next up, select the proper amount of RAM the virtual machine can use. This can be tricky as you have to offer enough memory to the guest OS while maintaining enough memory for the host OS to function properly. 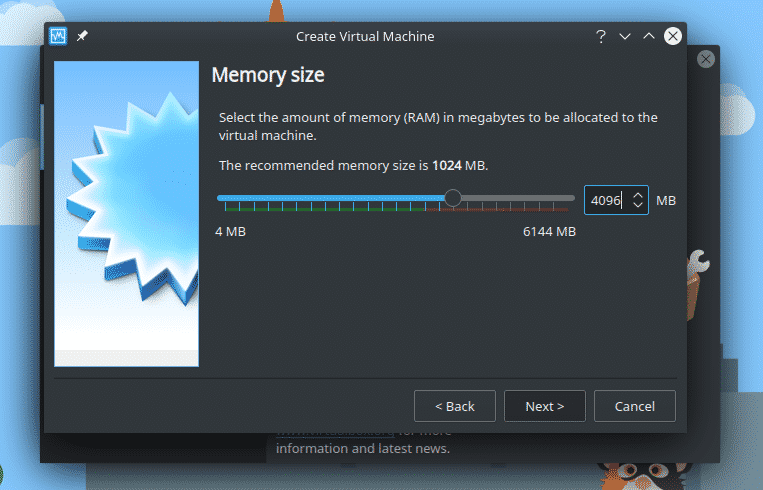 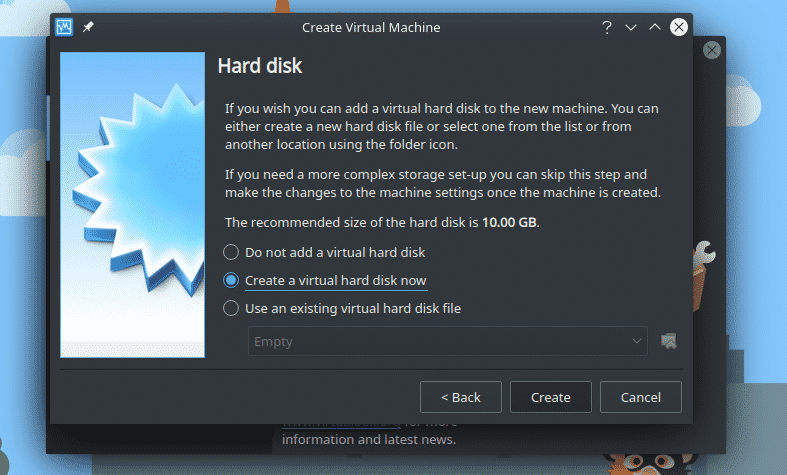 There are 3 types of hard disk file types available to choose from. For VirtualBox, I recommend going with the VDI (VirtualBox Disk Image) type. 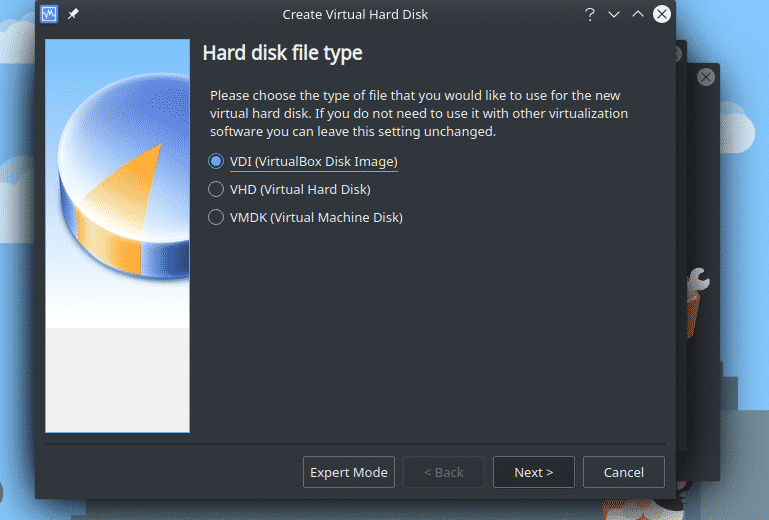 As of this step, “Dynamically allocated” means the virtual disk will expand gradually as it gets more loaded. On the other hand, “Fixed size” will allocate the fixed amount of storage directly from your storage. 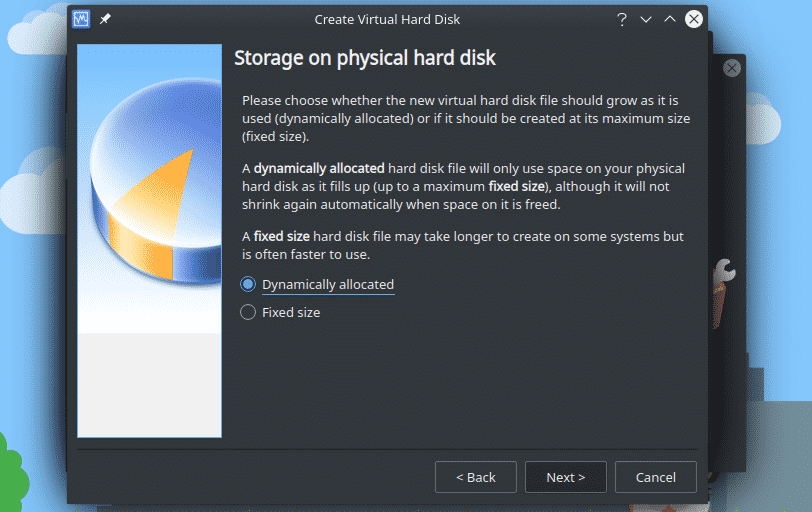 Choose where you want to allocate the virtual storage. As of the storage size, it should be enough to run the guest OS while not clogging up your physical storage. 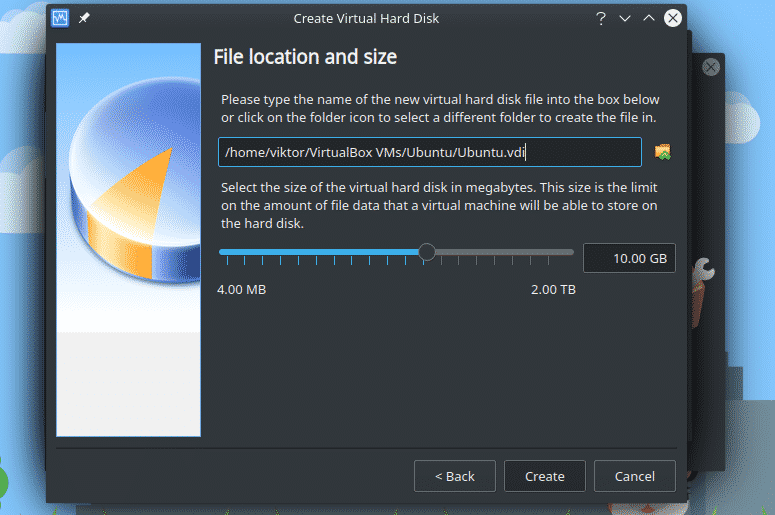 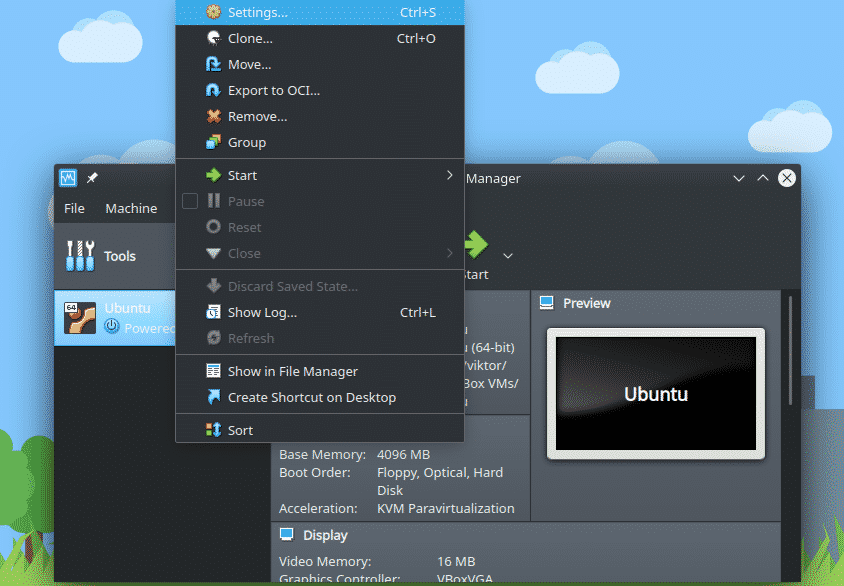 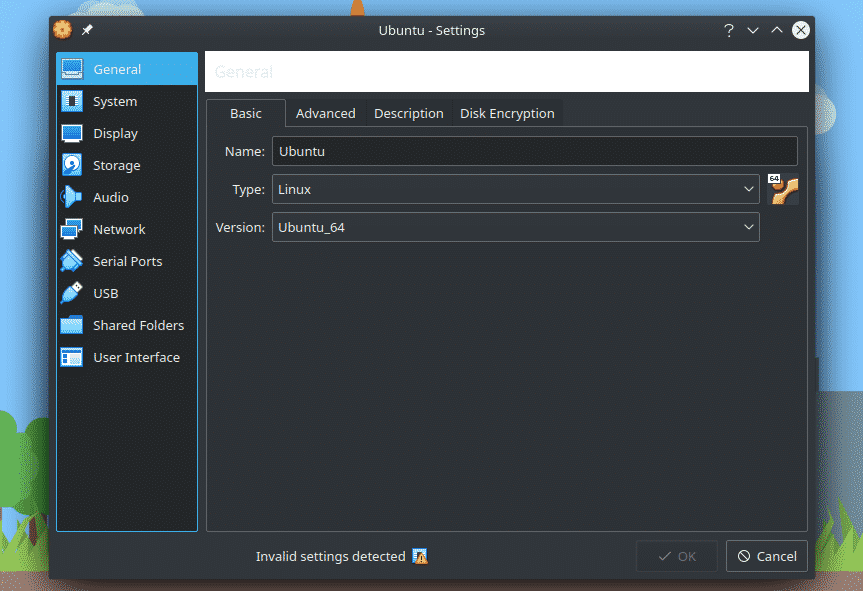 VirtualBox is an incredibly powerful yet super-simplified virtualization tool. It’s also incredibly forgiving. Feel free to explore your way around it. We have plenty of VirtualBox tutorials.

Check out how to install Debian, CentOS, OpenStack, and FreeBSD on VirtualBox.