In this article, I will show you how to install Ubuntu Core on Raspberry Pi 3 Model B. So, let’s get started.

Now, verify your email address and your account should be created.  Now, visit https://login.ubuntu.com/ and login to your Ubuntu One account. Now, click on SSH keys and you should see the following page. Here, you have to import the SSH key of the machine from which you will be connecting to your Ubuntu Core installed on your Raspberry Pi 3 device. 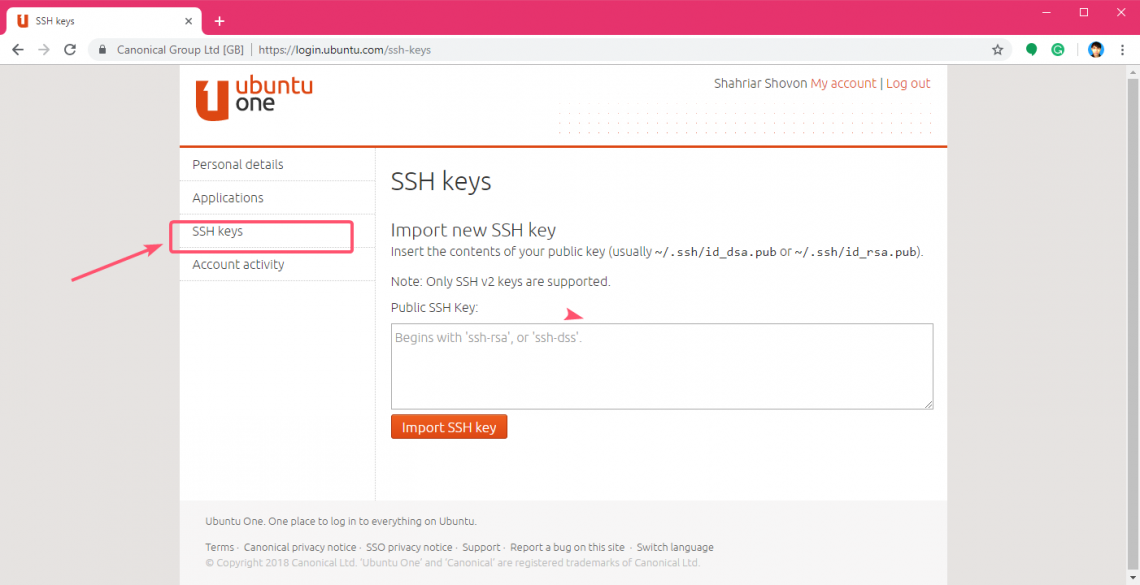 You can generate SSH key very easily with the following command:

By default, the SSH keys will be saved in the .ssh/ directory of your login user’s HOME directory. If you want to save it somewhere else, just type in the path where you would like to save it and press <Enter>.  I will leave the defaults.

NOTE: If you want to encrypt the SSH key with password, type it in here and press <Enter>.

NOTE: If you’ve typed in a password in the earlier step, just re-type the same password and press <Enter>.

Your SSH key should be generated. 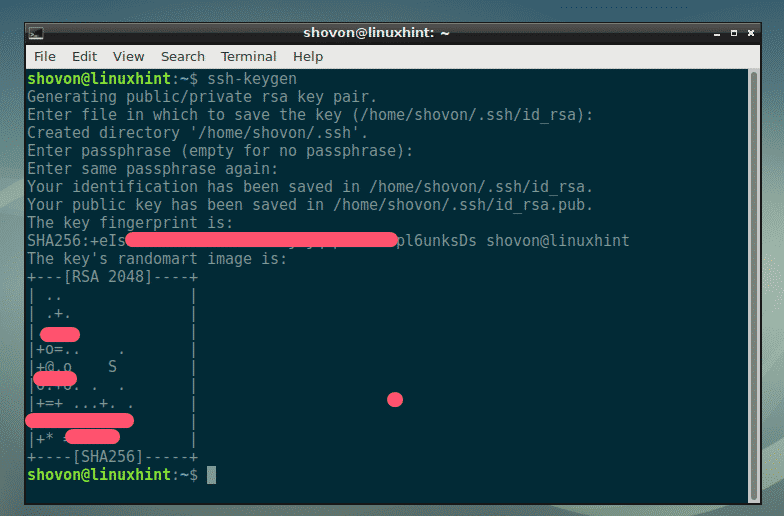 Now, read the SSH key with the following command:

Now, copy the SSH key as marked in the screenshot below.

Now, paste it in the Ubuntu One website and click on Import SSH key as marked in the screenshot below. 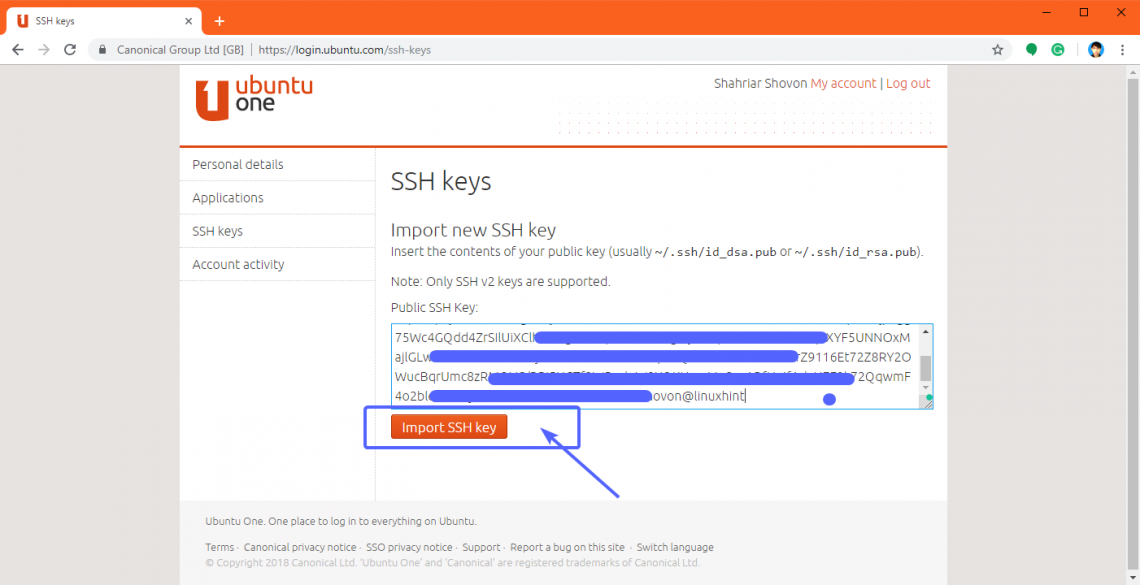 As you can see, the SSH key is added. 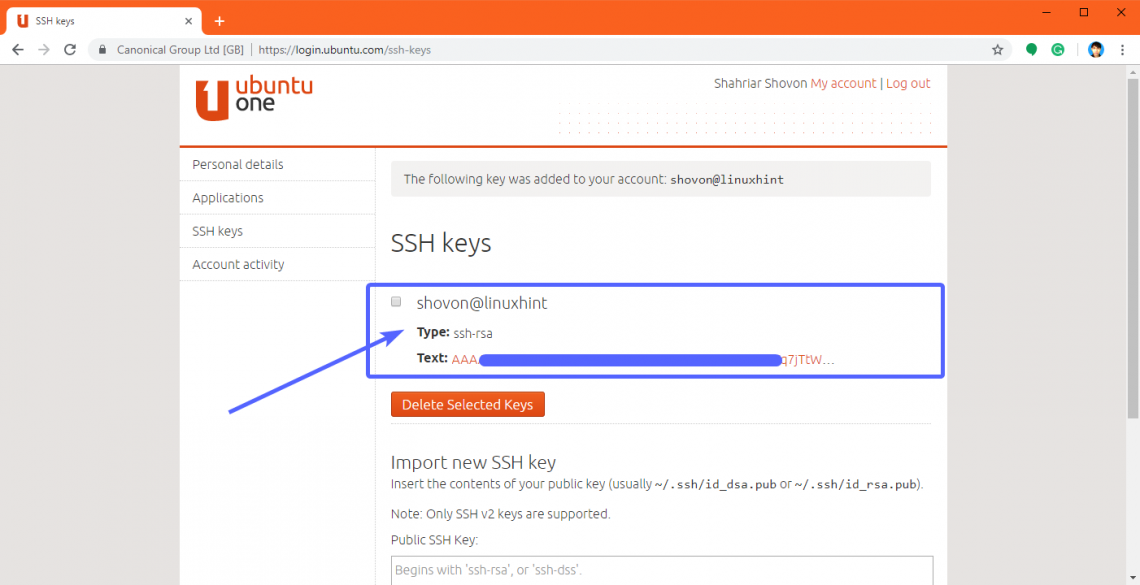 Now that you have your Ubuntu One account set up, it’s time to download Ubuntu Core. First, go to the official website of Ubuntu at https://www.ubuntu.com/download/iot/raspberry-pi-2-3 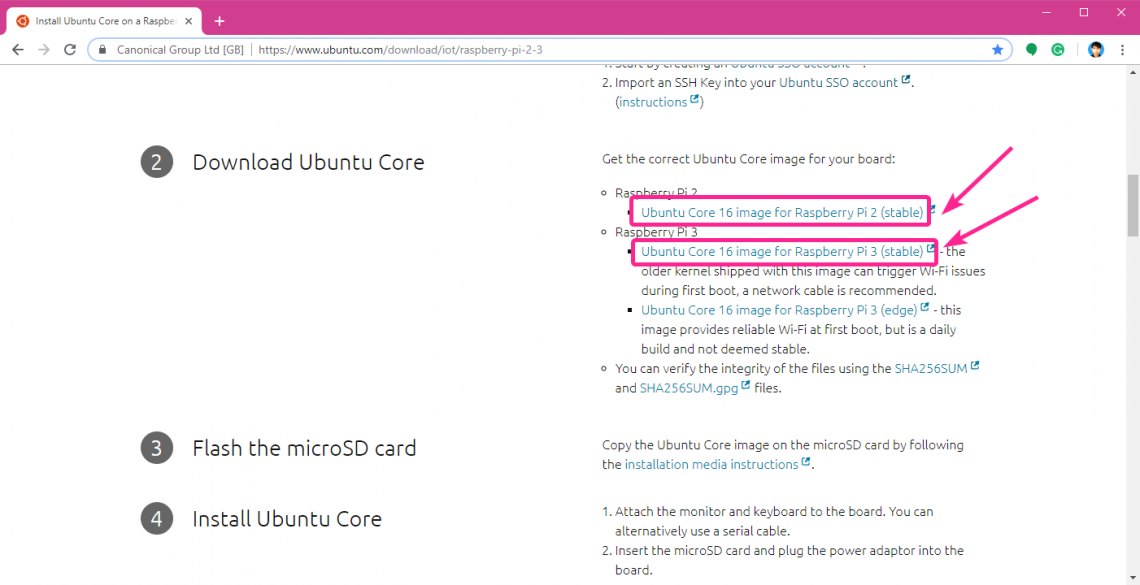 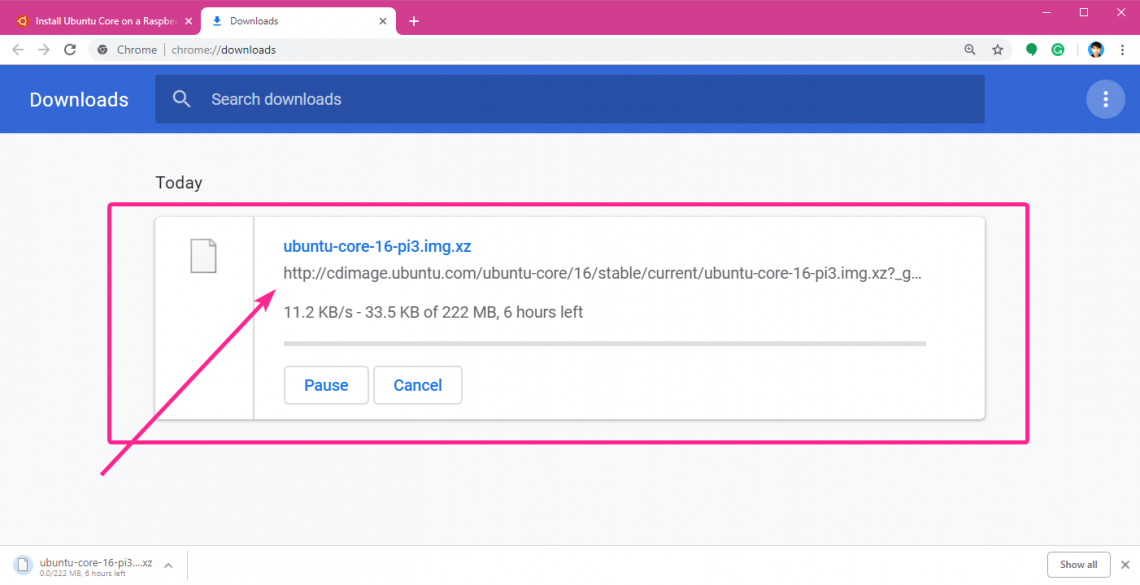 You can flash Ubuntu Core on your microSD card very easily on Windows, Linux and macOS operating system using Etcher. Etcher is a really easy to use software for flashing microSD cards for Raspberry Pi devices.  You can download Etcher from the official website of Etcher at https://etcher.io/

Once you install Etcher, open Etcher and click on Select image. 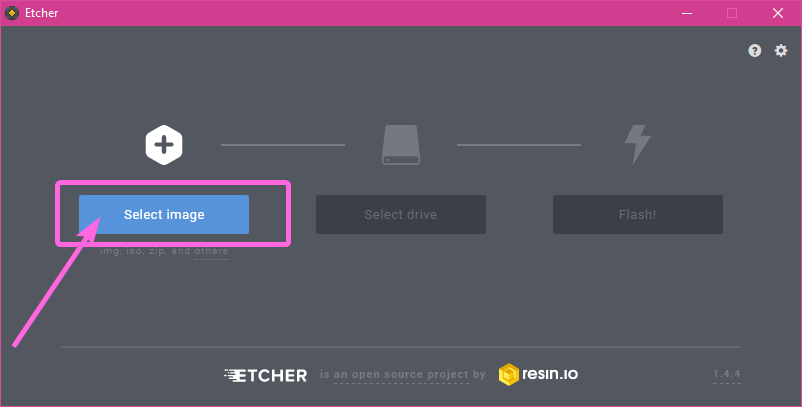 A file picker should be opened. Now, select the Ubuntu Core image that you just downloaded and click on Open. 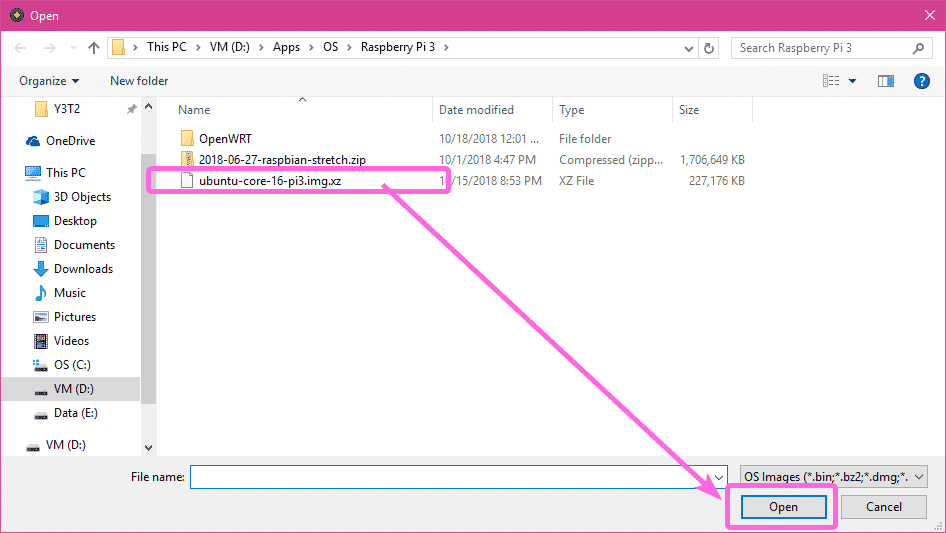 Now, insert the microSD card on your computer and click on Select drive. 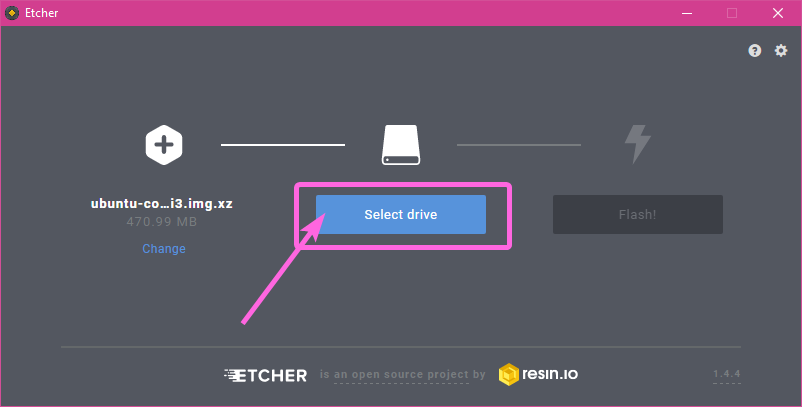 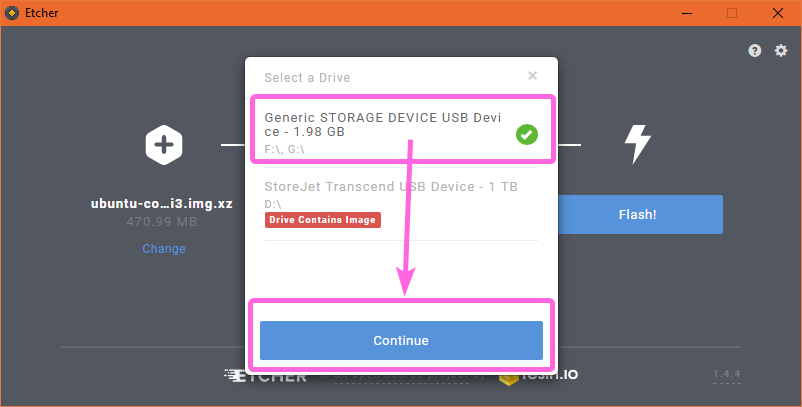 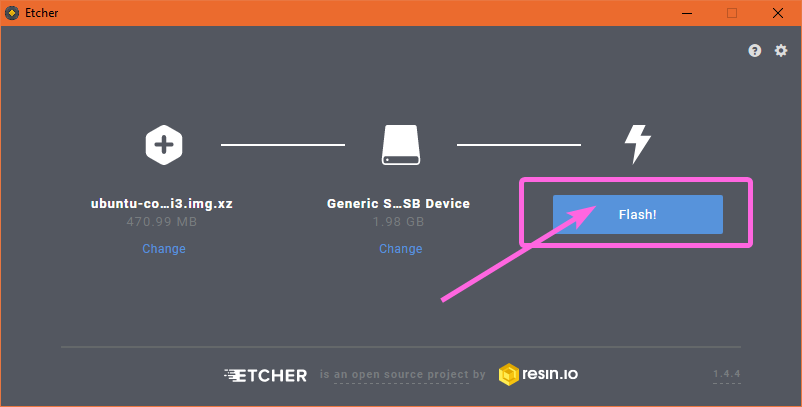 As you can see, your microSD card is being flashed… 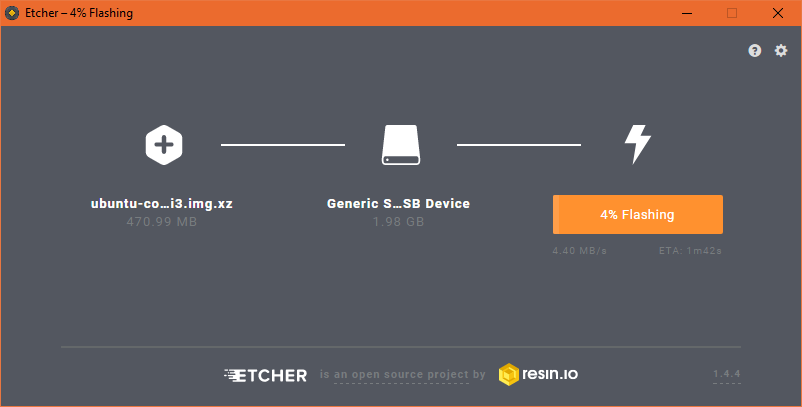 Once your microSD card is flashed, close Etcher. 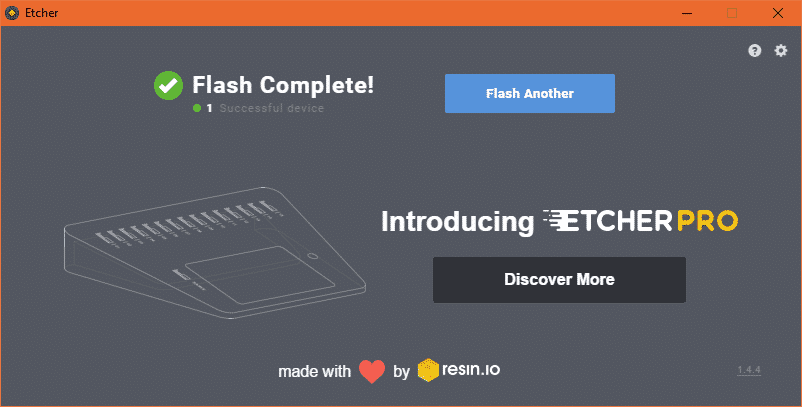 After connecting everything, my Raspberry Pi 3 Model B looks as follows: 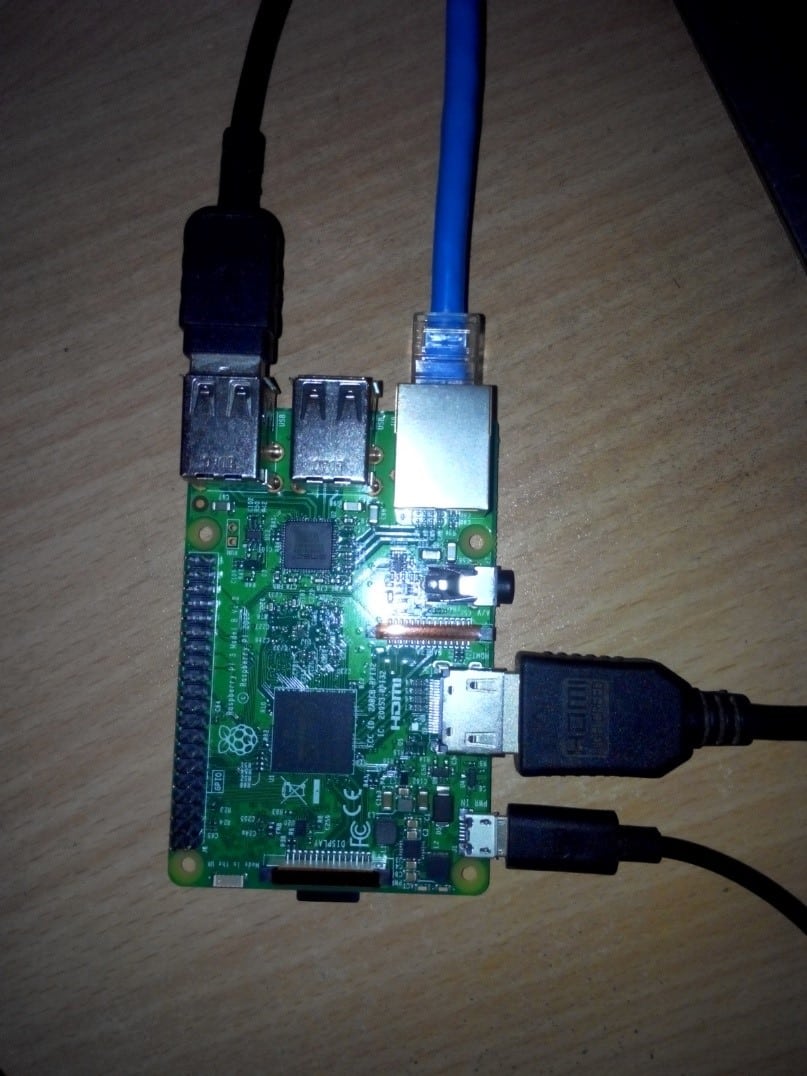 Now, power on your Raspberry Pi device and it should boot into Ubuntu Core as you can see in the screenshot below. 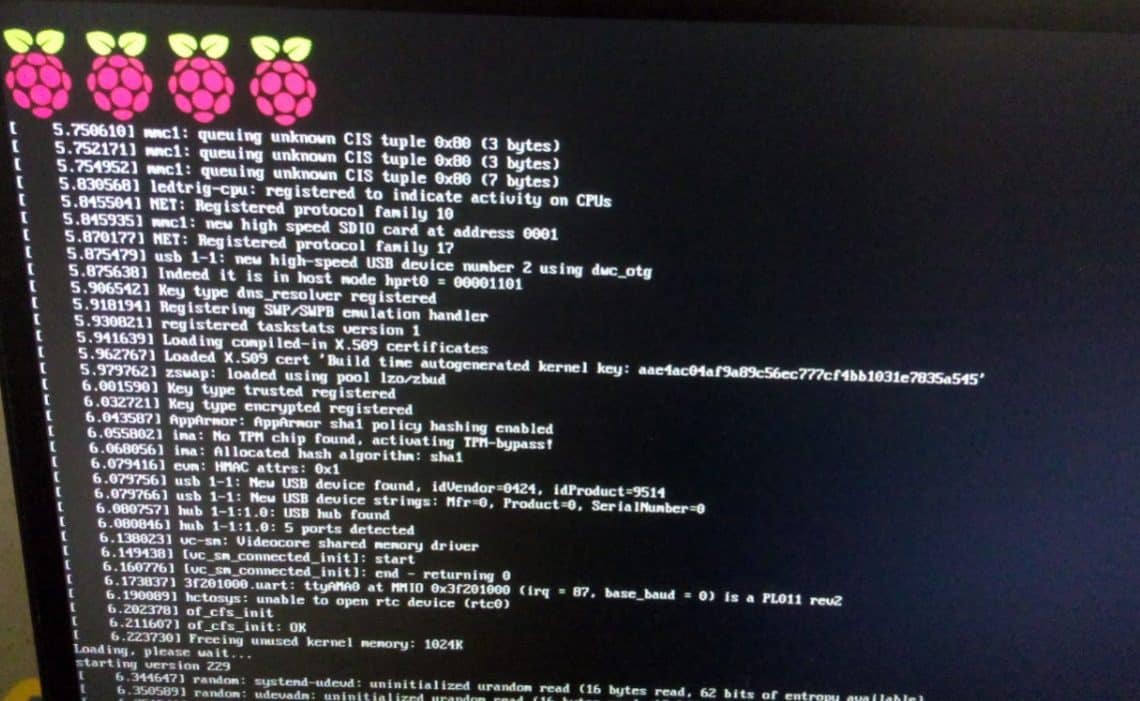 One you see the following window, press <Enter> to configure Ubuntu Core.

First, you have to configure networking. This is essential for Ubuntu Core to work. To do that, press <Enter> here.

As you can see, Ubuntu Core has automatically configured the network interface using DHCP. The IP address is 192.168.2.15 in my case. Yours should be different. Once you’re done, select [ Done ], press <Enter>.

Now, type in the email address that you used to create your Ubuntu One account. Then, select [ Done ] and press <Enter>.

Now, you should see the following window. You can SSH into your Raspberry Pi with the command as marked in the screenshot below.

Now, SSH into your Raspberry Pi device from your computer as follows:

As you can see, I am running Ubuntu Core 16.

So, that’s how you install Ubuntu Core on Raspberry Pi 2 and Raspberry Pi 3. Thanks for reading this article.