There are many text editors like nano, vim, mu but the most used and recommended text editor for the Raspberry Pi and other Debian-based distributions is the VIM text editor. In this write-up, we will explore how we can install and use Vim editor on Raspberry Pi:

What is a Vim text editor

Vim is the updated version of Vi editor which is used to write, edit, and modify different text files. The Vim editor is a command-line tool that is also known as an IDE as it supports different programming languages like Python and C++ which are not only compiled but also can debug codes, moreover, the Vim text editor is supported by almost all Debian-based Linux distributions.

How to install the VIM text editor on Raspberry Pi

We can install the Vim editor on the Raspberry Pi operating system by executing some simple commands, but before proceeding towards the installation of Vim, we will make sure the all the packages of a repository are up to date using the command: 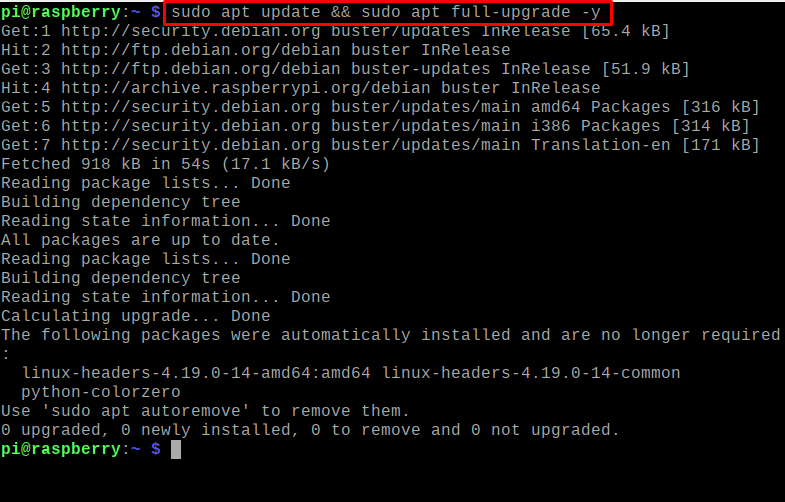 For the installation of the Vim text editor on the Raspberry Pi, we will use the following command:

To confirm the installation of the Vim, we will check the version of the installed Vim text editor using the command:

To create the text files using the Vim editor, we will execute the following command to create a text file, let’s say, we make a text file with the name of “myFile1.txt”:

Type “I/i” to initialize the insert mode of Vim editor and type the following script:

This article is about the VIM editor

VIM is the advanced form of Vi editor 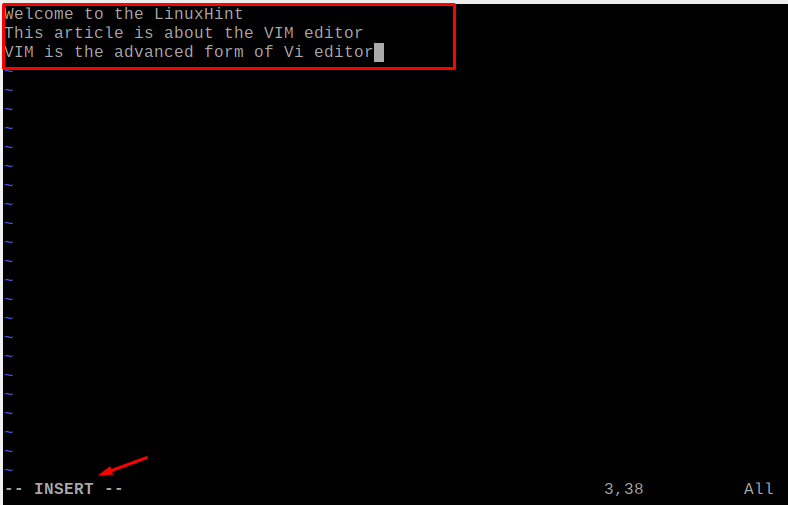 To save the file and exit the editor, first press the “ESC” key and then type “wq” in the command mode, and press the “ENTER” key: 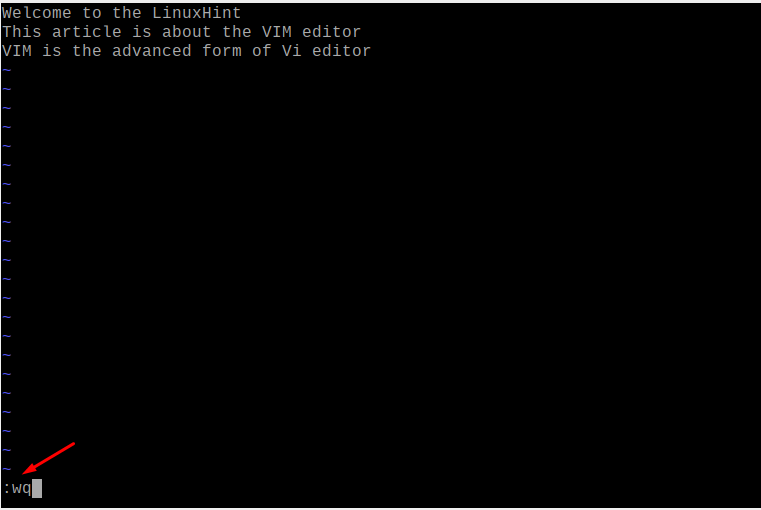 We will use the cat command to display the newly created file “myFile1.txt”:

As we said in the above section, the Vim editor is not only used for the text files but can also be used as an IDE (Integrated Development Environment), in which it not only compiles the files of different programming languages but also runs the code after debugging it. To understand this, we will create a Python program to display the “Welcome to LinuxHint” and for a creation of a python file with the name of “myFile.py”, we use the command:

To compile and execute the myFile.py, run the command:

What are the basic commands for the Vim text editor

To save and quit the file in a Vim editor: There are different commands for saving the file and exit from the text editor which is described in the table:

To rename a file in Vim editor: To rename a file, type the “w” in the command line and a new name for the file, for example, we changed the file name of myFile1.txt to myFile2.txt: 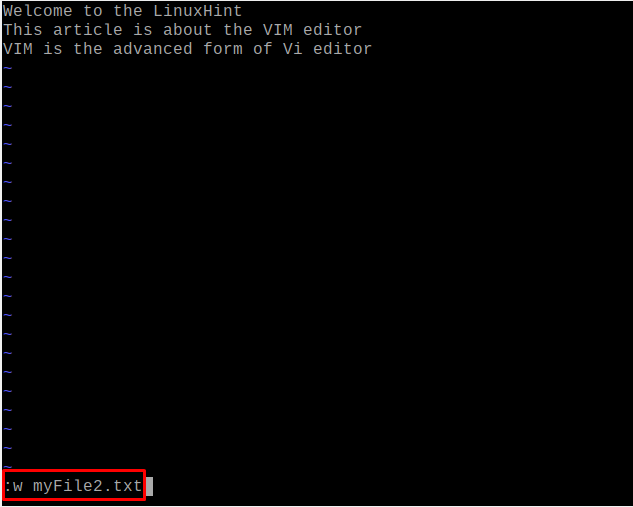 To confirm the above changes, we will open the file using the command: 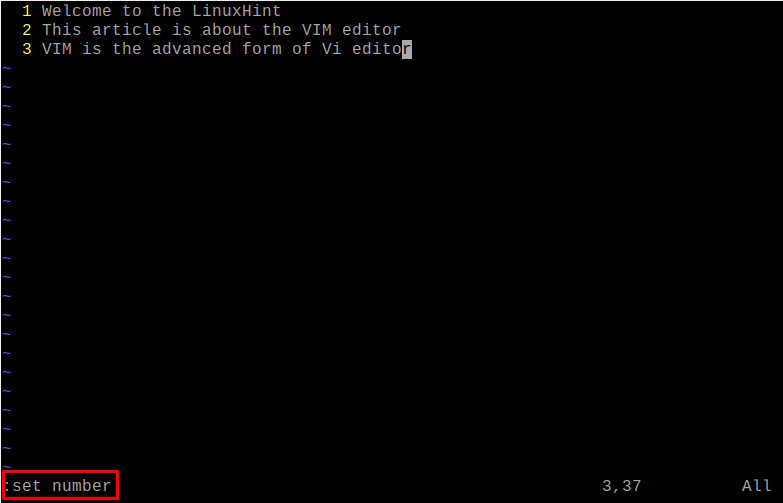 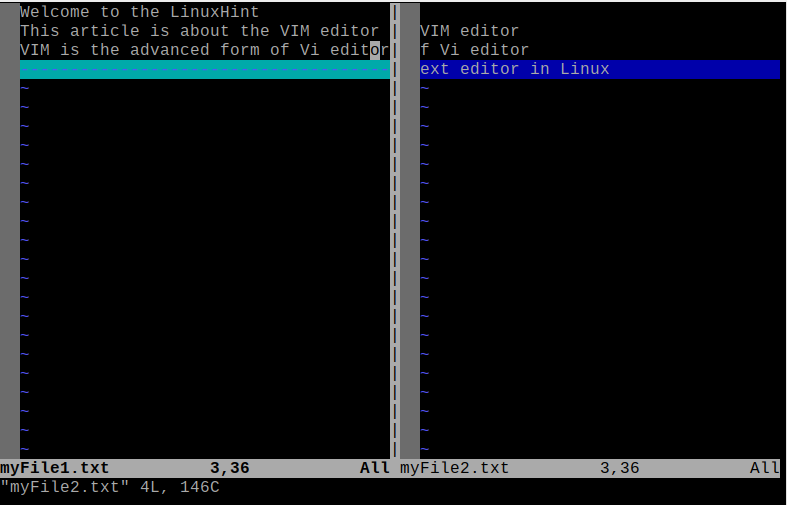 The lines which are different in both files are highlighted in the output.