This post will learn to install the latest Dolphin Emulator for Gamecube and Wii on Ubuntu.

As of writing, the latest version of Dolphin Emulator is 5.0 and can be installed on Ubuntu by two methods:

Note: At the date of preparation of this post, the developers have not released the release file for Ubuntu 20.04 Long-term support (LTS). While adding the repository on Ubuntu 20.04, you will encounter an error about the focal release. However, this error does not appear on Ubuntu’s previous LTS releases.

Firstly, fire up the terminal and execute the below-given command to add the Dolphin Emulator PPA repository: 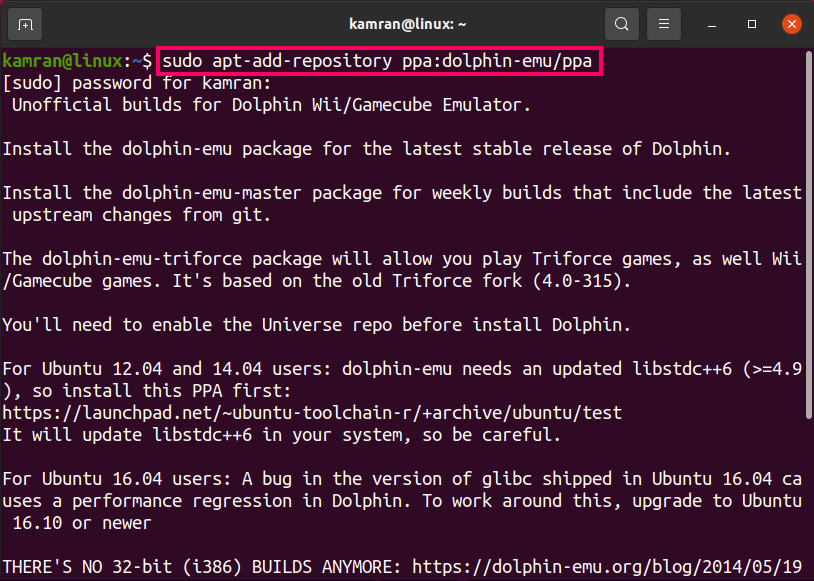 Enter the sudo password when the command line prompts for it and hit Enter.

Next, type the following command to update the system apt repository:

Run the command below to install Dolphin Emulator on Ubuntu through the PPA repository: 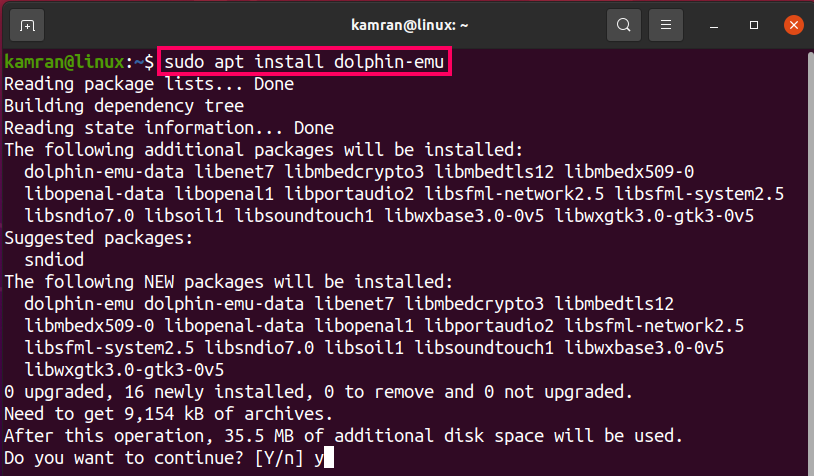 The terminal will display the option to continue or discontinue the installation process. You are supposed to press y on the terminal to progress with the Dolphin Emulator’s installation.

The latest version of Dolphin Emulator 5.0 will be installed on your Ubuntu system.

Snap is a package manager for Ubuntu. Snap comes pre-installed on Ubuntu 16.04 and later version including Ubuntu 20.04. Nevertheless, if you don’t have snap installed on your system for any reason, then type in the following commands to install Snap on your Ubuntu system:

After installing Snap, type the command to install Dolphin Emulator on your Ubuntu system: 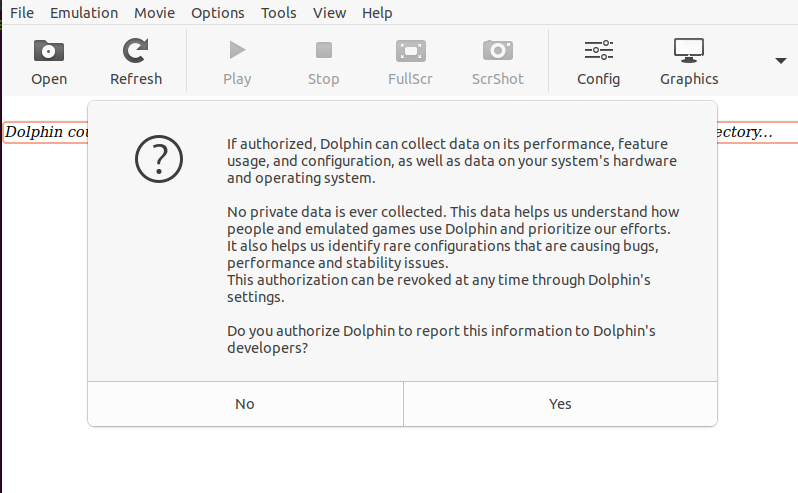 From the Dolphin Emulator Dashboard screen, you can open and play the games by clicking on the ‘Open’ option. The file must be Gamecube or Wii file.

By clicking on the ‘Graphics’ option, you can configure the Graphics. 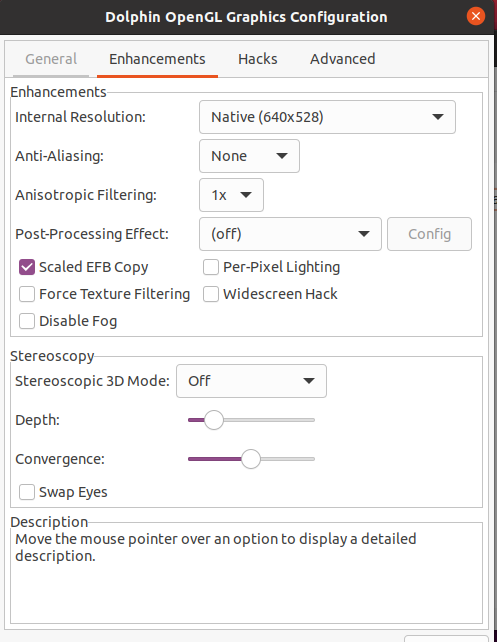