Blender 3D is an open-source professional 3D graphics and animation program. It has a wide variety of applications such as animations, 3D modeling, visual effects, and motion graphics. This provides outstanding outcomes and is used in professional filmmaking. It can be used on many different platforms and supports approximately 34 different languages.

The purpose of this roadmap is to install the Blender 3D on Ubuntu 20.04.

Go through the steps listed here to install Blender 3D on your Ubuntu 20.04 system:

Before installing Blender 3D on it, we must upgrade our Ubuntu 20.04 framework. With the following instruction, this can be done with:

All the necessary packages on Ubuntu 20.04 have been updated.

Installing Blender 3D on Ubuntu 20.04 from the Terminal

We can install Blender 3D by executing the command shown below in the terminal:

When you press “Y”, the installation process will begin.

Software center is the utility or official store of applications in Ubuntu in which we can purchase, install, or remove different applications.

Open the software center and type Blender in the Search bar. Following a couple of moments, we can see the outcome; select the Blender. 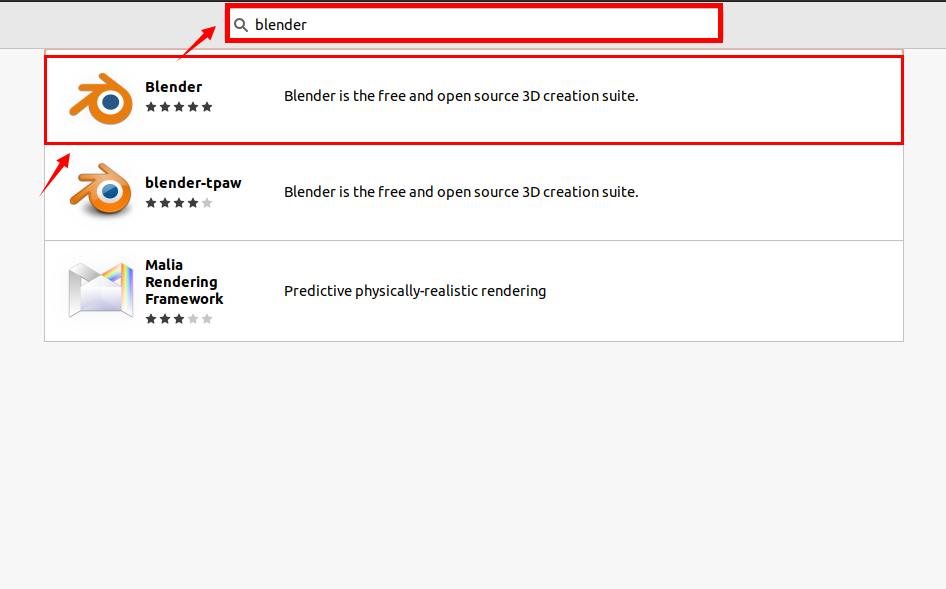 New Screen will open, showing all the information regarding the Blender. Click “Install”. 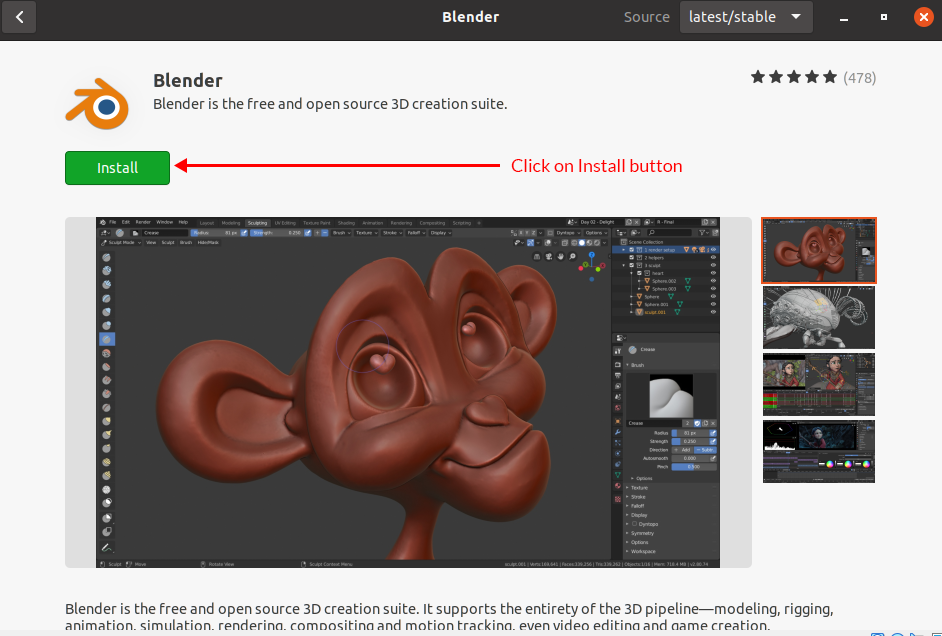 We can check the installed version of Blender on our Ubuntu 20.04 by running the following command:

Blender 3D has been installed on Ubuntu 20.04. We can open it via Ubuntu 20.04 terminal. Fire the terminal and run the following command:

In the Application search menu, we can also search for a Blender and then click on the Blender search result, as shown in the following image:

Blender 3D is successfully launched on our system. 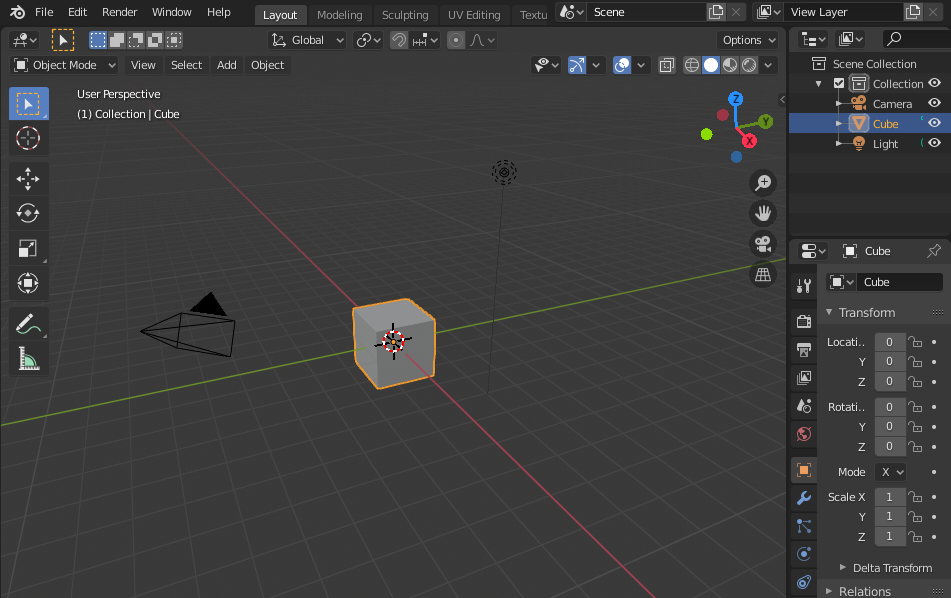 For removing Blender 3D from Ubuntu 20.04 along with all the content, run the command shown below: 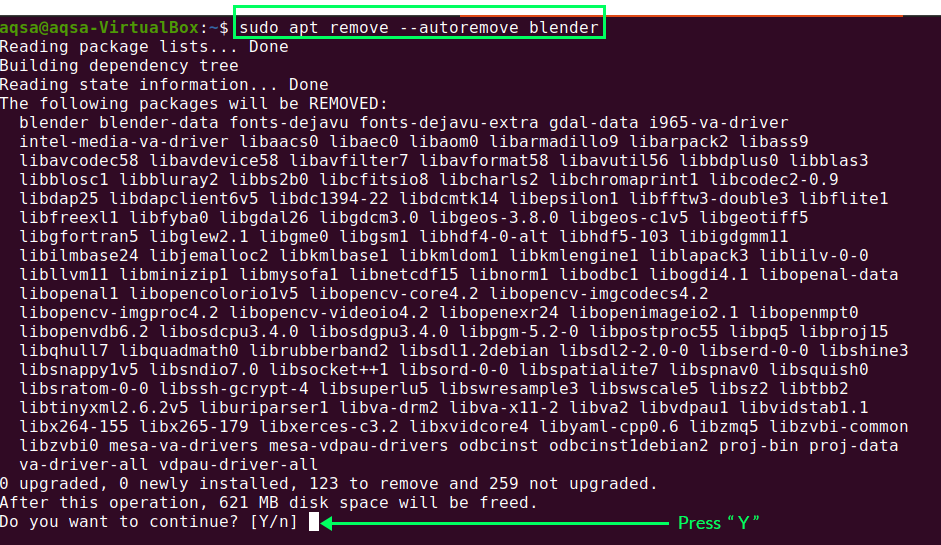 When you press “Y” the removing process will begin.

In this post, we demonstrated the steps for installing Blender 3D on Ubuntu 20.04, as well as how to launch it through the terminal and Ubuntu 20.04 GUI. After this, the flexible application has been installed, and we can now continue making incredible graphics and animations. However, if you are done and will no longer use this software, you may also delete it from Ubuntu 20.04 easily.