How does it feel when you create a beautiful scene in Blender with high definition textures, shaders, particles, and volumetric effects and when you click on rendering, it just says that you need 2 hours to render just one frame? Yes, it feels discouraging.  It is not easy to render a high-quality image or animation using an ordinary workstation.

It is not a piece of cake to render in Blender, especially when working in Cycles (rendering engine). 3D rendering requires a lot of computing power. If you are rendering an animation, then it will take much more power and time. It would be best if you had a powerful PC with high-end specifications to get decent results. The trouble is the affordability of a robust workstation; they are costly.  But this issue is fixable; just use cloud rendering.

What is cloud rendering?

Construction of a Render farm

Render farm is a combination of computers; these computers are called nodes. Nodes are connected with a computer that manages all the nodes using a specifically developed software called rendering management software. 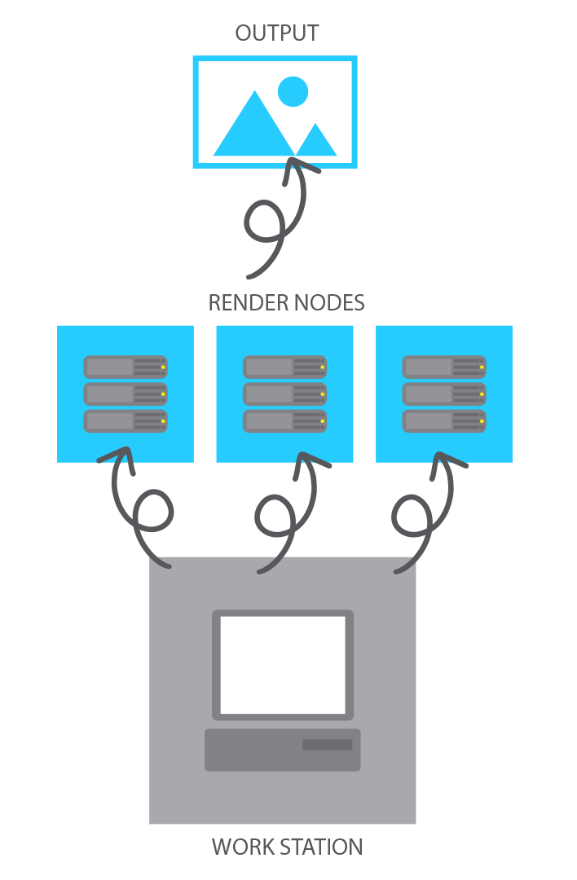 Render farms can be made locally, or these farms also available in cloud-based services. Cloud-based services usually provide plugins. These plugins prepare your file, upload, and then download the rendered frames into your computer. The entire process takes place on servers so you can use your machine while it is being rendered. The structure of a cloud-based render farm is shown in the following image:

Many companies are providing cloud-based rendering services. Let’s give a glance at some of those services. 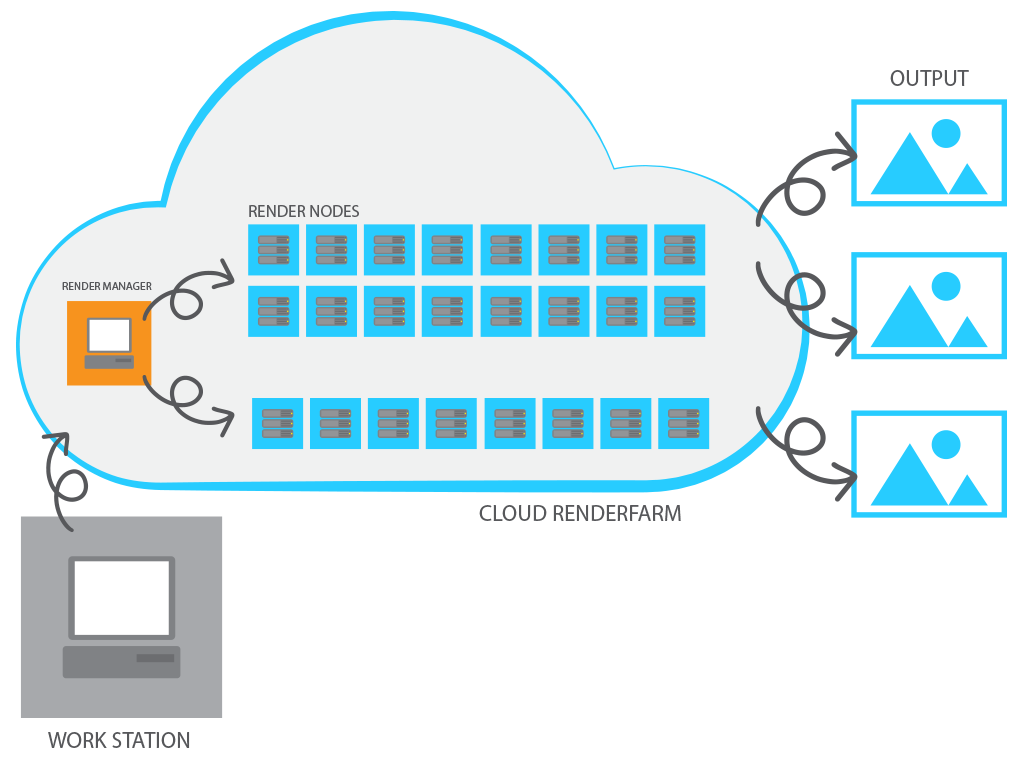 Grange farm is a cloud-based rendering service which offers both CPU and GPU nodes. You can choose from a CPU and GPU to render your work. NVIDIA’s K80 Tesla Cards power the GPU nodes. The files can be uploaded through a plugin, and each frame can be downloaded as soon as it renders, which is a cool thing.

This is another cloud-based rendering service. For this service, you don’t need a special add-on; just drag your file into a web-based interface, which is much more convenient. Rays render farm is one of the easy to use render farm. It automatically analyzes your file and provides estimated cost; after paying, Ray starts rendering; you can download any frame while rendering or all frames once it is done. You can monitor the process of rendering each frame in real-time.

You can upload your file simply using the web interface. Before rendering, the file is and analyzed. An email is sent where you have to pay to finalize the procedure.

Renderro is a service different from render farms mentioned in this article. The platform offers fully functional cloud computers with a pre-installed Windows 10 operating system on which you can run any creative software, including rendering.

The most powerful type of Renderro Cloud Computer – Turbo – offers 4 x NVIDIA T4’s with 64GB of GPU and 192 GB of RAM. With this type of workstation you can cut the time of all creative tasks, not limited to rendering. To see a real-life project difference, watch this video by Alfie Vaughan (spoiler alert: it’s 3x faster than a standard physical workstation).

With Renderro Cloud Storage you can store all your media and projects on cloud servers and access it from your cloud computers at any time.

Polargrid has an add-on for the Blender. You need to install the add-on and then enter the email and code that you receive via email. Polargrid has 1000 CPUs and 3000 GPUs of various types, including NVIDIA RTX 2080 and Radeon Vega Systems. Polargrid is also offering both GPU and CPU based rendering and support Blender 2.79 and 2.80 as well.

It is another rendering farm, which comes with an application. In the application, you have to create a job then provide the application name, frame number, output folder, and some other stuff related to the project. After completing it, another window will open with progress bars. It also offers both CPU and GPU rendering. The estimated cost can be calculated using a calculator on the Pixel Plow website.

Rendering a 3D scene or animation is not an easy task. It needs a lot of computation power, which is hard to achieve on an ordinary PC. If you have a robust workstation with a high-end GPU, then you can render your work. But for large projects, things can get a little complex. A scene with high definition textures and shaders can take a lot of computational power, and any ordinary machine with a single GPU cannot handle it.

If you cannot afford a render farm, then a cloud-based render farm can help to render 3D scenes. There are many cloud-based renderings service providers. They provide their own add-ons or applications for Blender, where you can upload your Blend file and render it out frame by frame. Rendering from render farms is an easy and fast process. Each service charge you based on GHz used by machine per hour or Octan bench Per Hour.