To communicate or to express the working status of any devices to the user there are always LED lights and similar is the case of Raspberry Pi. Raspberry Pi normally has two LEDs one is red and other is green. To understand the patterns of those LEDs are very crucial as this could lead you to the potential problem Raspberry Pi is having. If you are having a problem with your Raspberry Pi and it is flashing its LEDs, then read this guide as I have explained the meaning of the patterns exhibited by the LEDs of Raspberry Pi.

Understanding the Green and Red Light of Raspberry Pi

In the newer models of Raspberry Pi there are normally two LEDs one is red labeled as PWR and the other is green labeled as ACT. Both are present on to indicate messages either by turning on constantly or by flashing in different patterns. 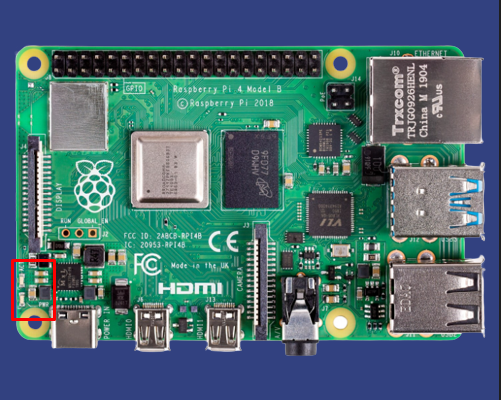 The basic purpose of the red light (PWR) is to indicate that either the required power is being delivered or not whereas the green light (ACT) that mainly shows the acknowledgment whether any program is being installed or any peripheral is attached to it. To further elaborate I have explained each LED separately along with the message they indicate with lighting patterns.

As mentioned above the red LED is to show the power indication for Raspberry Pi, if the adequate amount of power is being received the LED will remain on continuously. Moreover, if the voltage has dropped to 4.63 volts the LED will start to blink and that indicates the insufficient voltage. If the LED turns off, then there is indication that a brownout detector is activated which activates normally in the case of undervoltage and turns off the LED.

To ensure that your Raspberry Pi is getting the right amount of voltage, always use the power supply made by Raspberry Pi foundation as it is specifically designed for such devices as other aftermarket devices have the tendency to lose their efficiency over time. Further to make the lighting patterns of red LED more understandable I have stated their patterns in the table below:

Unlike the red LED the green shows indication if any process is going on currently or if any peripherals are attached to it. The indication is not limited to this only as it extends further and like red LED it also has its own lighting patterns to convey message to the user. If you have connected the SD card and the LED is continuously on then it indicates that SD Card is connected and is functioning properly, if the LED is off then it means either there is an issue with installation or there is an issue with the setup. The lighting patterns might be indicating some issues regarding the tasks or issue with the operating system like:

To cut it short or to make it more understandable the table below give a brief explanation of lighting patterns:

Since devices cannot talk to their users so to communicate the message to the users every device has some set of LEDs and same goes for the Raspberry Pi as well. Raspberry Pi comes with two color LEDs one is red (PWR) and other is green (ACT). Primarily the red LED indicates the power, and the green LED indicates the certain issues with the operating system using specific lighting patterns.