The Arduino Uno board comes with a memory of 32 kilobytes and a static RAM of 2 kilobytes. The recommended input voltage at which the board performs well is in the range of 7 to 12 volts. Whereas the operating voltage for the board is 5 volts.

For digital inputs and outputs  there are 14 pins and for the analog inputs and outputs the Arduino uno is provided with 6 pins. This board also has the option of 5 volts and 3.3 volts as the input voltage for small projects like lighting up some LEDs or for the devices which operate at low voltages. There are two pins provided for the serial communication for transmission of data the pin TX is used and for receiving the data the pin RX is used. 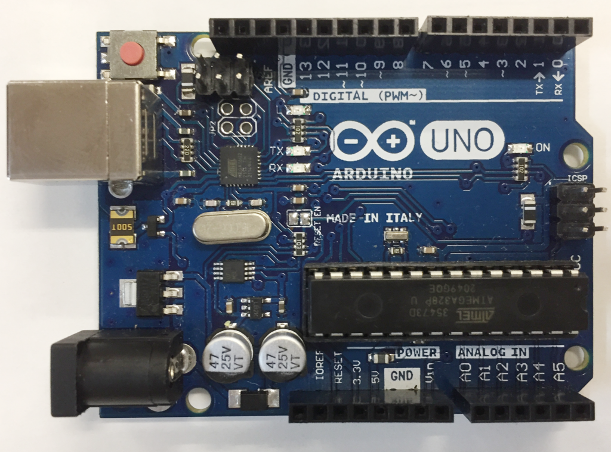 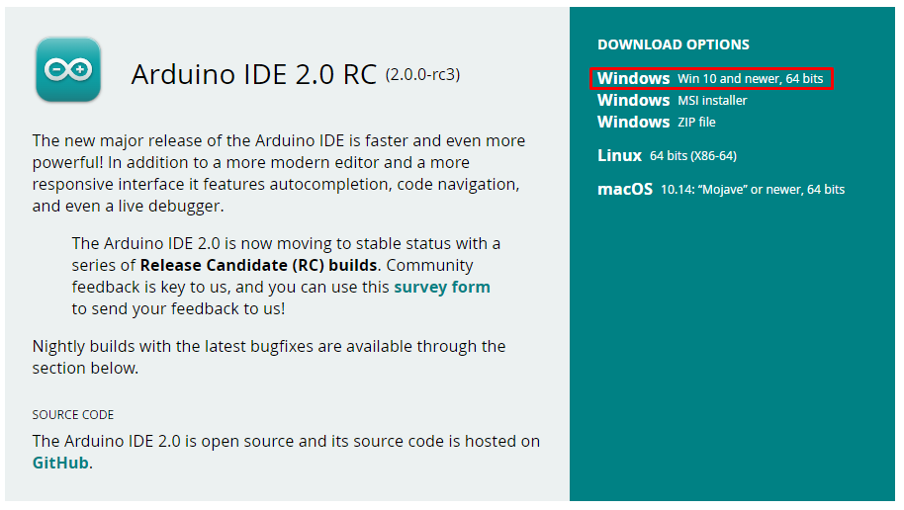 Download the Arduino software by clicking on the option highlighted in the red if you are using windows platform and then install the software by just running the downloaded file. After installing open the Arduino IDE which will be like this: 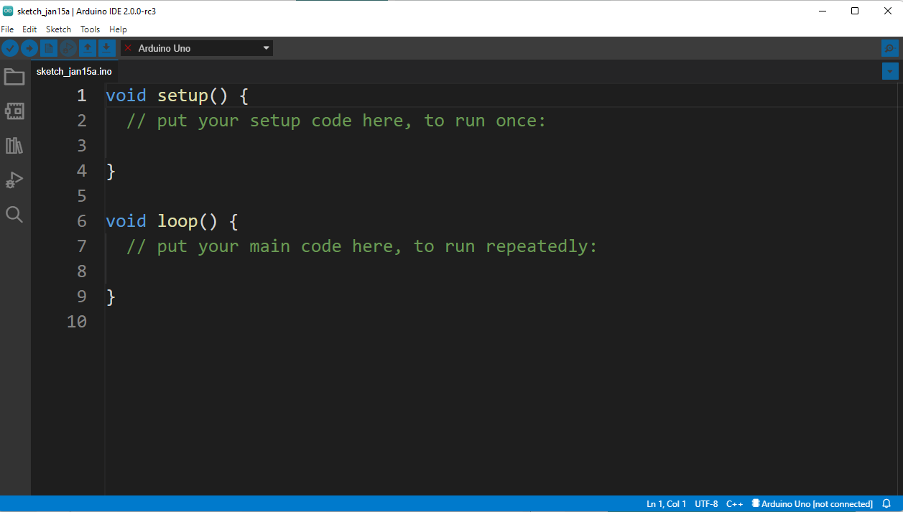 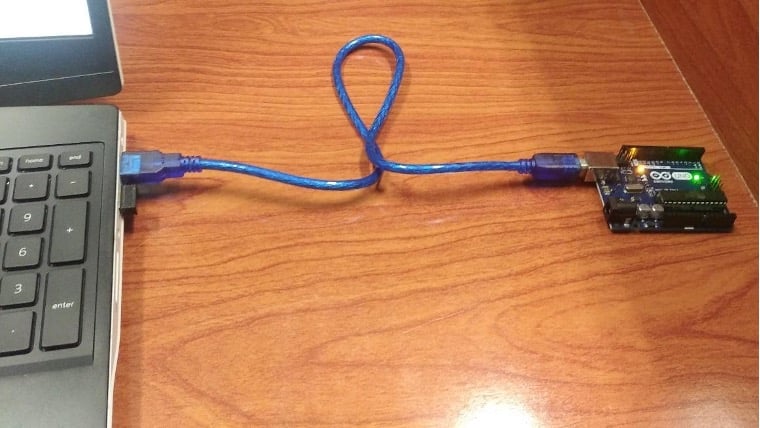 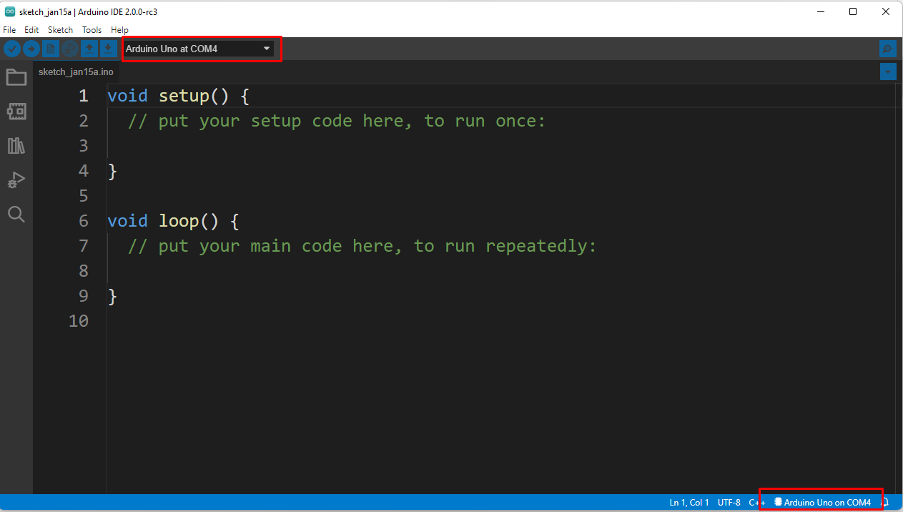 For demonstration purposes a simple sketch for blinking of an LED using Arduino Uno is performed. The components  required for this small project are:

The diagram for the blinking of the LED project is given as: 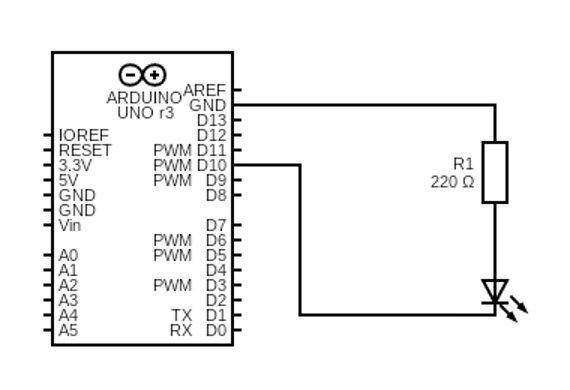 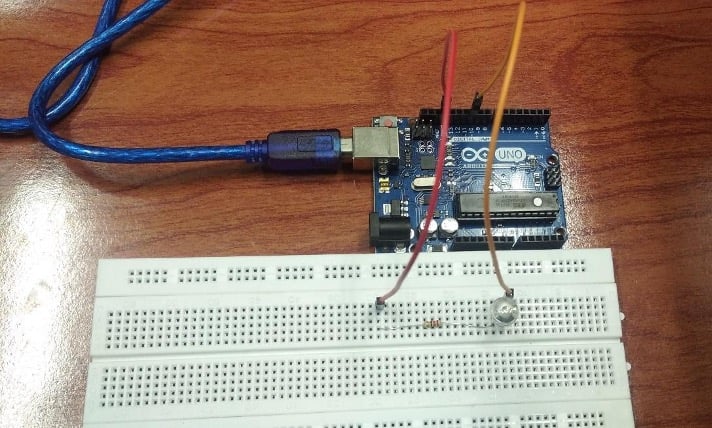 The code for Arduino is  explained in detail:

First, in the stepup function the pin at which the led is connected is initialized using the pinMode() function. In this project the LED is connected at pin 10  so pin number will be 10 and it is used as an output device so the mode for the LED will be output.

Coming to the loop function to make LED blink we have given it both states that are HIGH and LOW. To assign the states we have used the digitalWrite() function. since we have connected the LED to the pin 10 so the first argument is the pin number and the second argument is state of LED that is HIGH:

After that we have again used the digitalWrite() function to give LED a LOW state:

Here is the completer Arduino code for blinking the LED:

After writing the code first click on the blue tick icon on the top left corner to verify and compile the code. The   compilation status  will be shown  in the output window at the bottom. 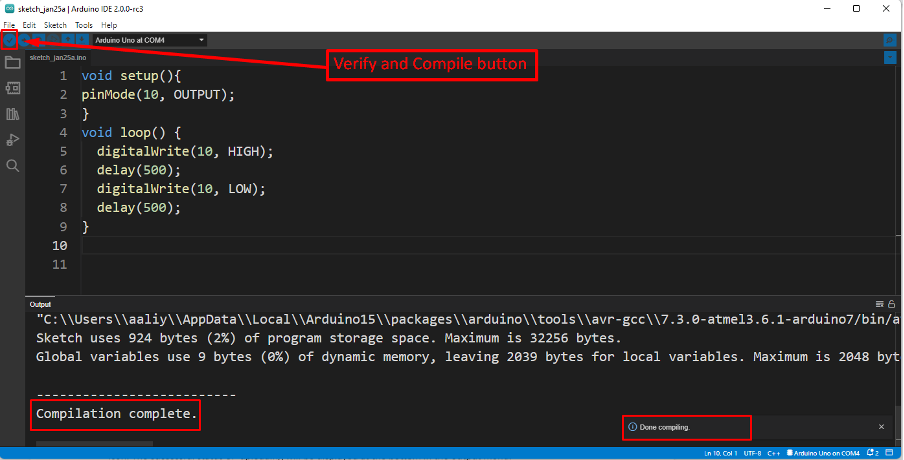 After the program is compiled it is then uploaded to the Arduino board by clicking to the next icon to the tick icon. The successful status of  uploading will be displayed at the bottom in the output menu. 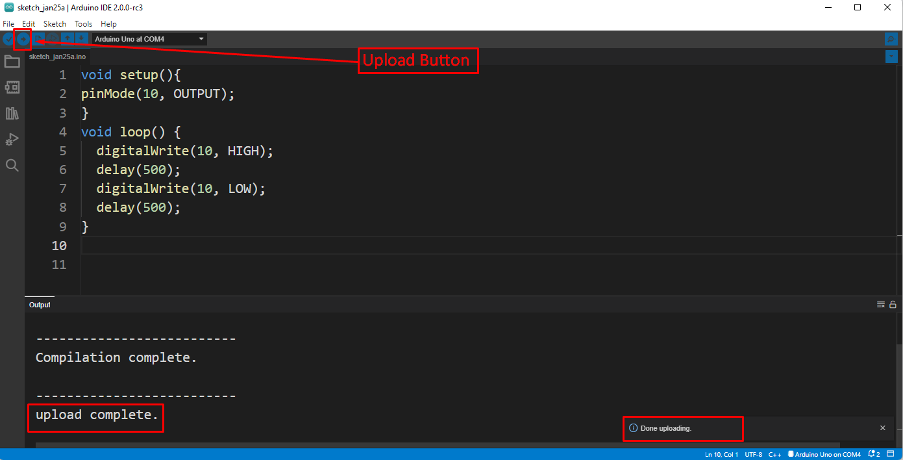