Raspberry Pi does not come with built-in storage; a microSD card is used to hold the operating system and packages. The SD card can quickly be filled up by the operating system updates and many libraries downloaded with the packages we install. Therefore, unused packages and files should be removed from time to time. This write-up is very useful as different commands to free up the space using the terminal on Raspberry Pi have been explained.

We will first update and upgrade all the packages of the Raspberry Pi repository by using a command:

After making sure all the packages are up to date, we will install a package of “Baobob” that is used to find out the information about the occupied space on the Raspberry Pi:

After the successful installation of the “Baobab”, we will launch it using the command:

A graphical interface will be opened with the name of “Devices and Locations”:

In the above output we can see that the total free memory of the Raspberry Pi is 55.6 GB, we will click on the “raspberrypi” to extract the information about the memory: 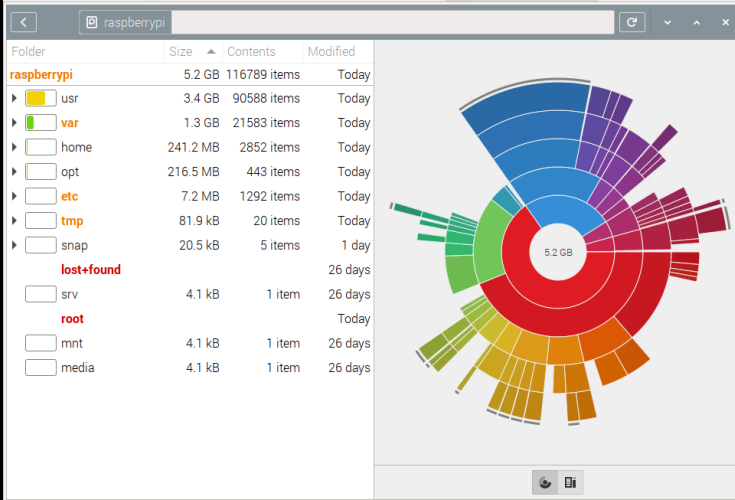 In the above output we can see different directories are using the memory of the Raspberry pi, now we can see that the “usr” occupied the 3.4 GB space, so we will click on it and find out the files which are using space: 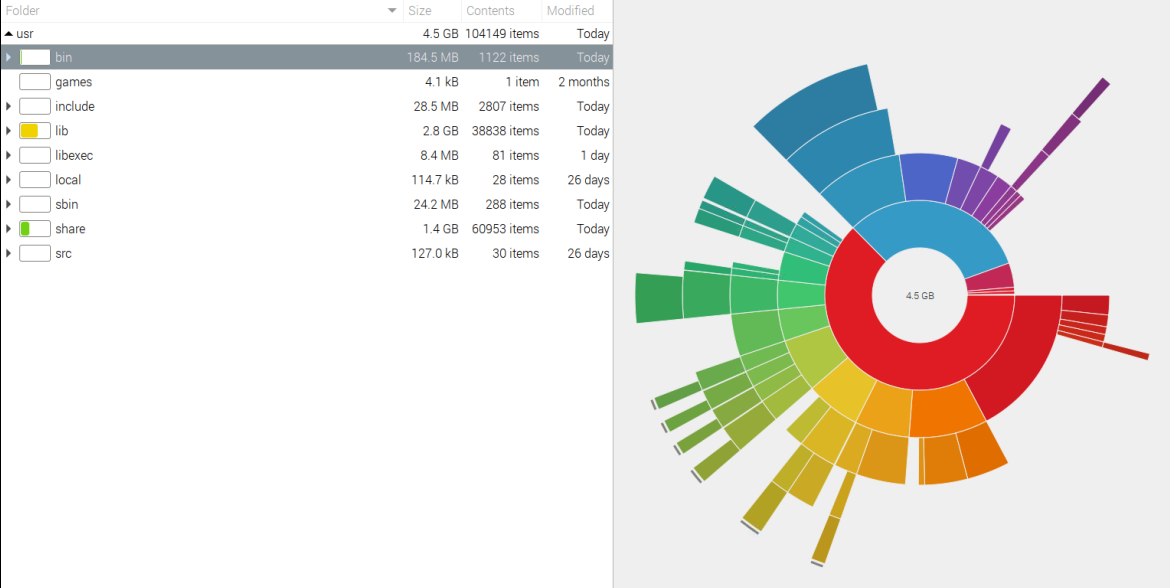 Like this, we can look into every directory and note down the files which are no longer used and can remove them from the Raspberry Pi to free up the space.

How to free up space on Raspberry Pi

We can free up the space by removing the packages from the Raspberry Pi which occupied maximum space and are of no use to us, for example, we want to remove the “VLC media player”, so we will use the following command:

Similarly, to remove the packages and dependencies of different packages which are not being used from a long time, use the command: