Both Arduino and ESP32 are microcontroller-based boards that can take inputs and generate output accordingly. Both these boards are famous among students and researchers because they don’t need any extra hardware like CPU to process the information, one just needs a tiny board that can fit in your pocket and perform tasks easily. But a question comes to everyone’s mind is ESP32 better than Arduino.

ESP32 is a low-cost microcontroller board having a 32-bit microcontroller chip that can run on low power. ESP32 has integrated Wi-Fi and dual Bluetooth available. It is created by the Espressif system. ESP32 is the successor of ESP8266 boards created by the same manufacturer. Based on ESP32 cost, size, and power consumption it’s the best fit for an IoT based DIY project. ESP32 chip contains Tensilica Xtensa LX6 microprocessor having dual core and clock rate of frequency over 240MHz. 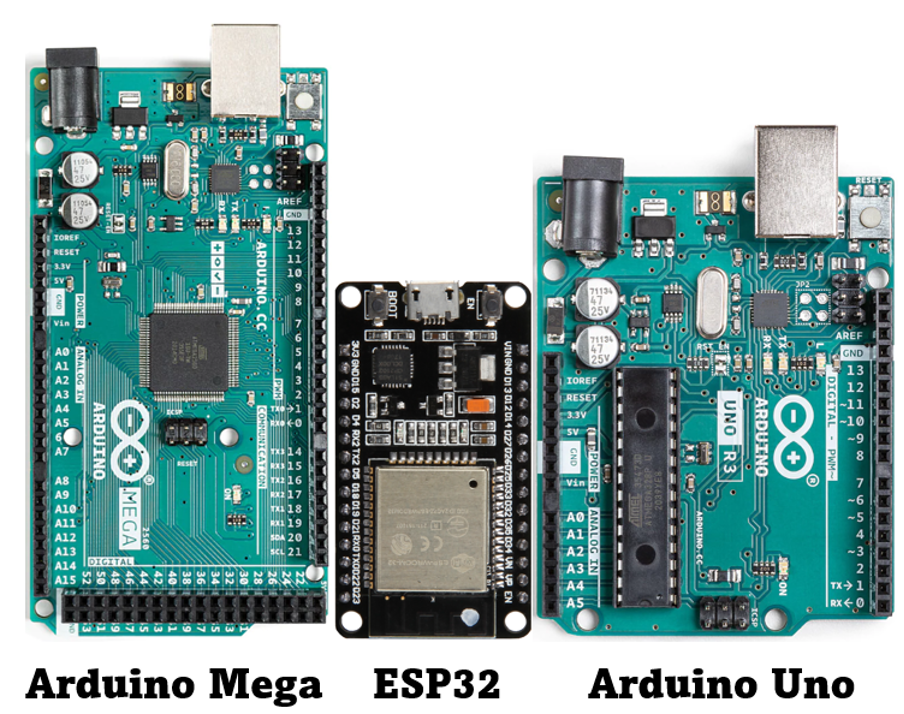 While on the other side when we hear the word microcontroller the first name that comes to our mind is Arduino, as Arduino is leading the microcontroller boards for so long time because of its wide support available along with a series of different boards starting from 8-bit Uno to 32-bit zero. Arduino boards are based upon ATmega AVR microcontrollers. Arduino boards start from nano that are perfect fit for small size projects to Arduino mega that can handle multiple devices thanks to its 54 digital input/output pins.

Is ESP32 Better than Arduino

Yes, ESP32 is a better and more powerful microcontroller board than Arduino. ESP32 has inbuilt dual Wi-Fi and Bluetooth support. It has full TCP/IP support for full stack internet connection. Thanks to its Wi-Fi module it can act as an access point as well as a Wi-Fi station. Because of its 32-bit microcontroller and clock frequency of up to 240MHz it is far ahead than Arduino.

Following highlights gives a better perspective of why ESP32 is better than Arduino:

To read a comparison between Arduino and ESP32 click here.

Following are the clock frequencies of microcontroller board ESP32, Arduino Uno and Mega.

We all know microcontrollers rely on their clock source. A more powerful clock means less time to execute instructions. Let’s see the difference between the speed of all above three microcontrollers boards.

First, we have initialized two variables Start_Time and Time_Taken. One will store the starting time in Millis while the second one will store the total time taken by the microcontroller to switch between two states that are HIGH and LOW.

Next in the loop part of the code a for loop is used that will rotate 20,000 times and makes pin 5 as HIGH and LOW alternatively. Next, we take the difference of starting time with current Millis once the state changes from HIGH to LOW. Here the time difference between present Millis and previous Millis will define the time taken by board to switch states. 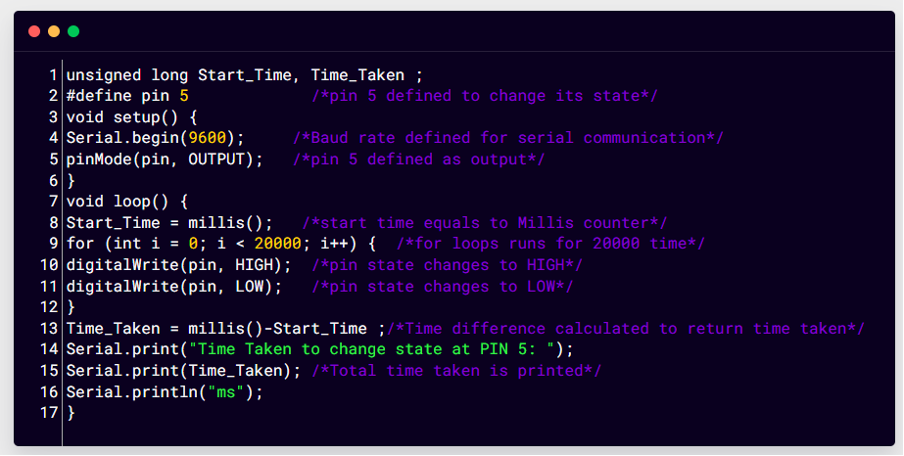 As ESP32 has greater clock frequency than Uno and Mega so it will switch between states very fast. Here output represents it takes 5ms to switch from HIGH to LOW state.

The Arduino Uno board has an external clock of 16MHz so it will take 172ms to switch a pin state.

The Arduino Mega board will take 227ms to switch between states.

From the above result we concluded that ESP32 is faster than Arduino Uno and Mega.

Here is a brief comparison of ESP32 boards with Arduino competitors Uno and Mega.

While buying a first microcontroller board or working on multiple boards a question which comes in everyone’s mind is which of the microcontroller boards is best. So, we concluded that ESP32 is better than Arduino board because of its affordable price, low power consumption and super-fast external clock with WiFi and Bluetooth support. ESP32 provides more functionality compared to Arduino boards.