ESP32 is a microcontroller board having multiple input output pins. ESP32 like Arduino can read and control both digital input and digital output.  So here in this article we will cover how to control ESP32 output and how to read digital input from external peripherals.

How to Install ESP32 in Arduino IDE

ESP32 boards come with a total of 48 pins which perform different functions, not all pins are physically exposed on ESP32 boards. Some pins are not available for use.

ESP32 comes in two variants, one comes with 36 pins and the second one with 30 pins. The difference of six pins here is due to SPI pins which are integrated for SPI communication and cannot be used for any other purpose.

The below pinout image is of a 30 pin ESP32 board. Most of these pins are similar to other versions such as the 36 pin ESP32 board. However, the 36 pin version of ESP32 has 6 special SPI integrated pins that are not recommended for using them as GPIO. 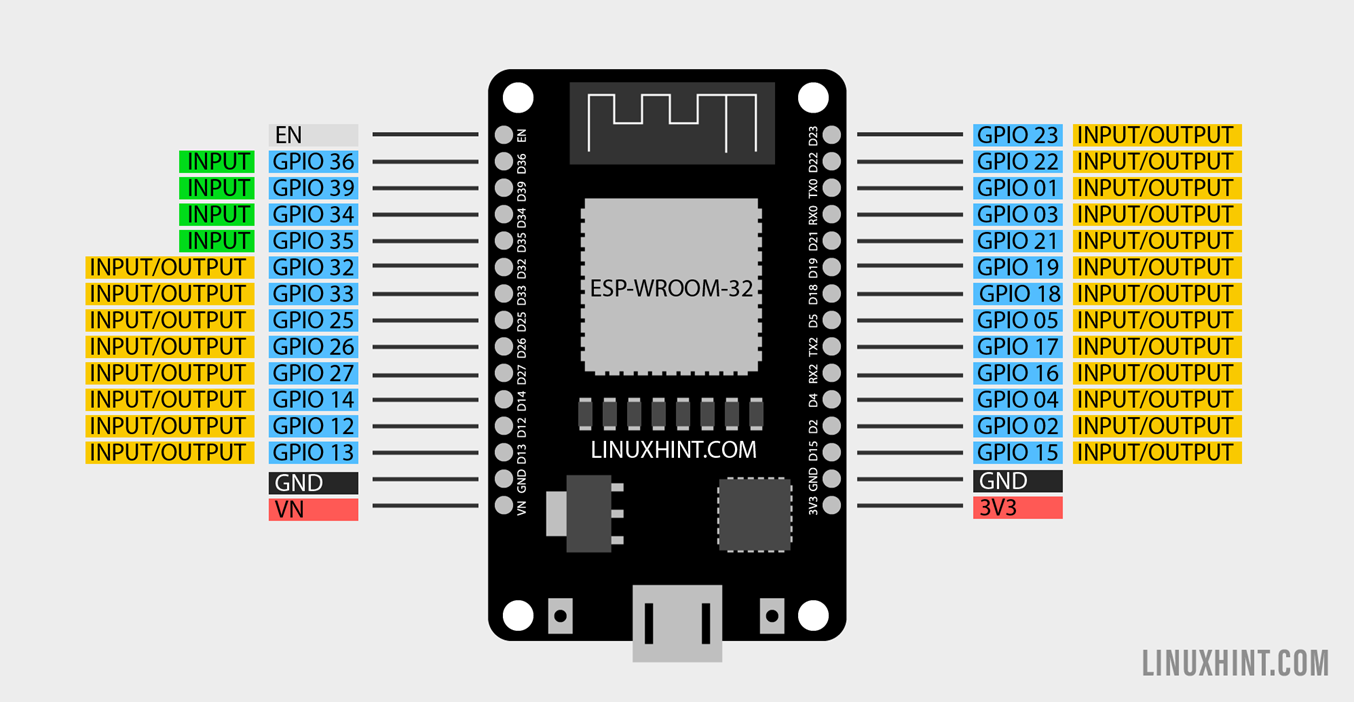 How to Control Digital Outputs Using Digital Pins in ESP32

As we are programming ESP32 in Arduino IDE, we will be using the same functions for declaring a pin as output as we did in the Arduino board.

To configure any digital pin we have to declare it as output using pinMode() function.

Following syntax will be followed:

Here using the above function we have declared a GPIO pin as output now to control digital output we will use digitalWrite() function.

This function takes two arguments, one is the GPIO pin number and second is the state of that pin which is to be defined. State can either be LOW or HIGH.

How to Read Digital Inputs in ESP32

Reading an input from digital pins is similar to controlling an output of a pin. First we have to declare a pin as input using the pinMode() function. Following is the syntax defining a pin as input:

Once the pin is set as input, the next step is to define the digitalRead() function to get data from that pin. This is how you can define a pin as digital input.

All GPIO pins can be used as input except the SPI flash pins from 6 to 11.

How to Control LED Using ESP32 Digital Read and Write

Now to clear the concept of digital read and write in ESP32 we will take an example of LED. To control the LED, we will be using a push button.

ESP32 will digitally read data from pushbutton and control a LED using the digital write command. 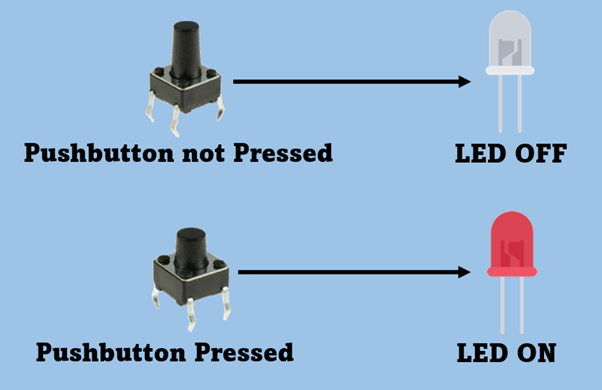 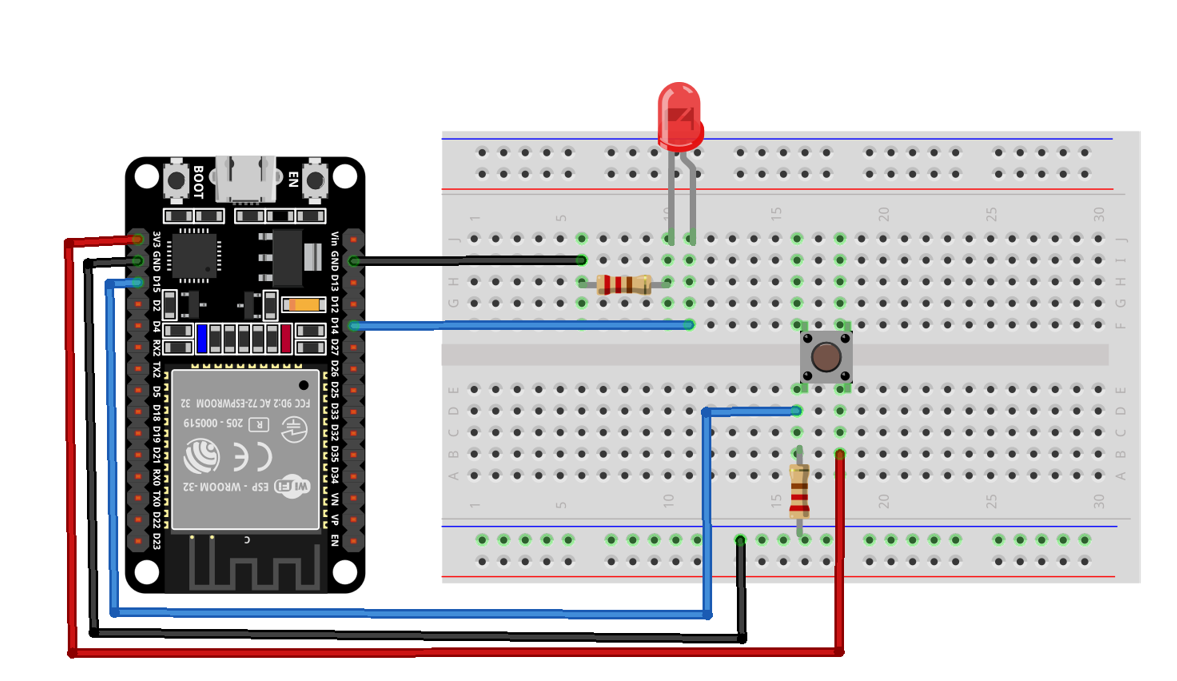 Open Arduino IDE and select the ESP32 board and COM port, now upload the given code.

digitalWrite(LED_Pin, LOW);  /*Else LED remain OFF*/

Here in the above code, we started by initializing the GPIO pin for LED and pushbutton. Next, we declared LED as output and pushbutton as input to read data.

To store read data from the push button a variable is defined and at last we printed the result on the serial monitor. 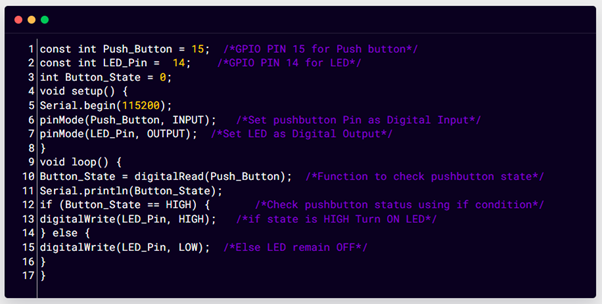 On hardware we can see that the LED is OFF. 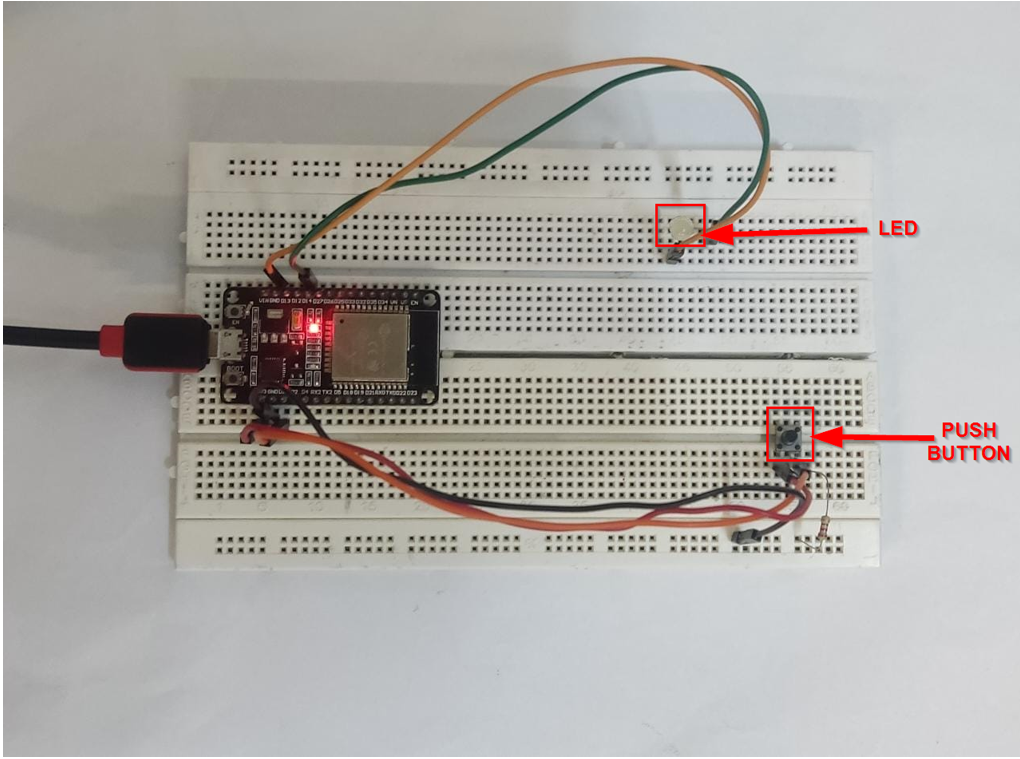 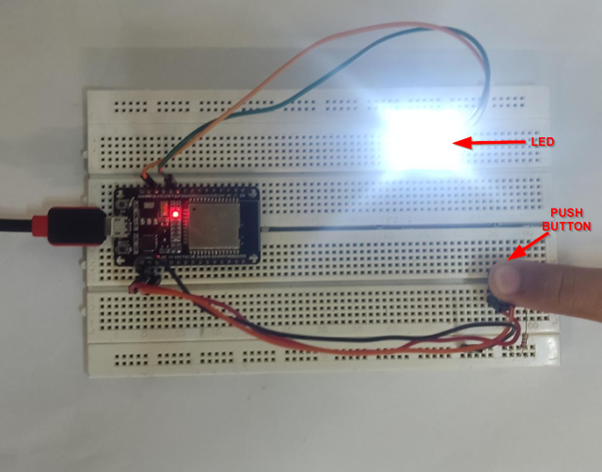 We can also see the digital data read from the pushbutton on the serial monitor of IDE. 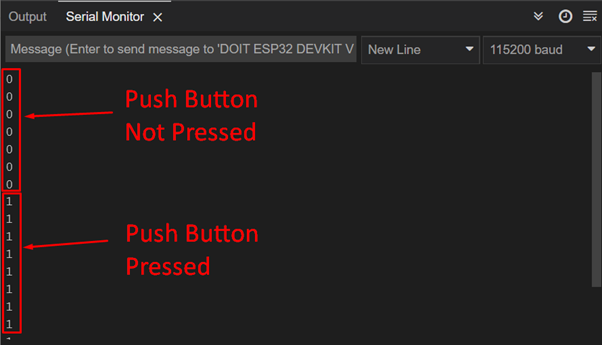 ESP32 boards have multiple digital pins for input and output. Here in this article, we discussed these pins and controlled a LED using the push button. Also we have mentioned there are certain pins that can only be used as input, while some pins like SPI flash from 6 to 11 (36 version ESP32 board) can not be used either as input or output.