Characters in Arduino include the alphanumeric and all the symbols that can be used for either representation of the input and output data or can be used for performing different functions. The use of characters can be beneficial when displaying the information of a program as it makes it easier to interpret the information. Similarly, to organize the data the characters are also used and there are some functions that are used to define characters in the Arduino program. This discourse explains the function used for creating custom characters in detail.

How to use createChar() function to create characters

In Arduino there is a special function through which characters can also be made. This function can also be used for making different shapes, different symbols, and some animations as well.

To create characters this function requires the two arguments. The first one is the number of the character which is used when the character is to be displayed.

The second argument is the data of the character that is to be displayed; it can be in the form of binary numbers or hex numbers.

Custom characters can be created by turning on and turning off some parts of the LCD. For example, if we consider a 16×2 LCD each cell of the display is further divided into dots having 8 rows and 5 columns. 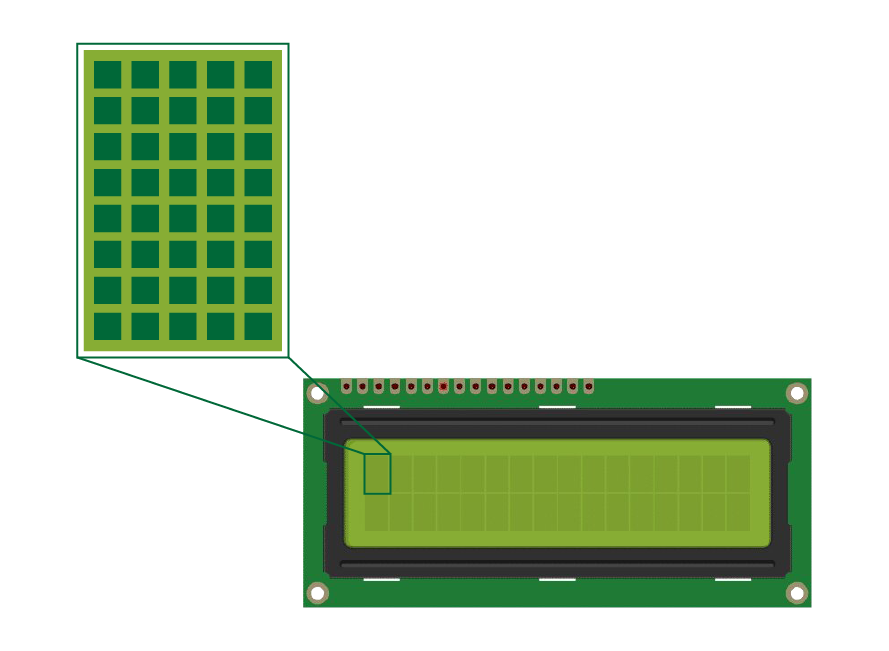 So, each cell is of 40 pixels and this createChar() function can use 8-bits of the data at one time. If the data is more than 8-bits, then we can declare multiple characters and call them by numbers for each cell and to display that cell in a specific order. 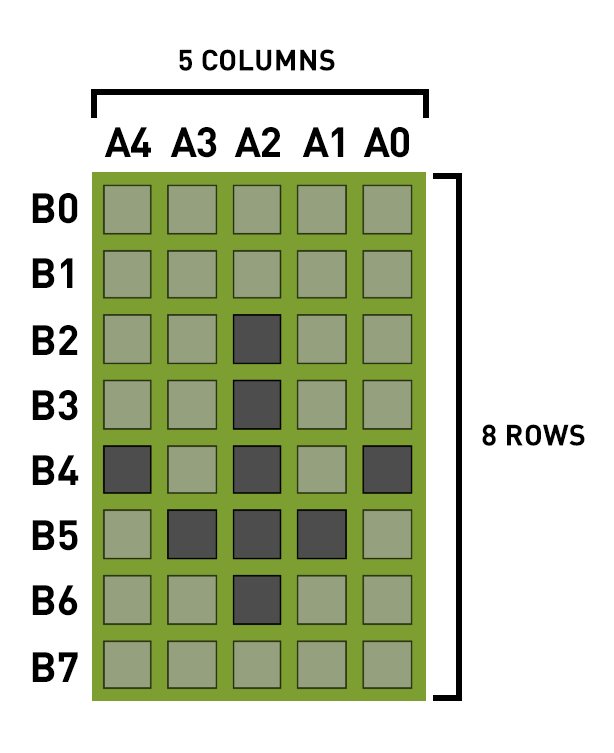 For instance, if we have to display the downward arrow, we have to give the value of one to the respective dot that is to be turned on. Similarly, in the off state the value of each dot will be zero so we can say that by default each row has a binary of 0. So, for displaying the arrow we can declare the following binaries using the byte data type and we can also write customized characters using its hex values using the same byte data type.

Below we have given the table in which A represents the columns whereas the B represents the rows so each dot has either a value of 0 or 1. In this case we have drawn a downward arrow and for this we have turned on some dots by giving them the value of 1. The row b3 has only one dot that is to be turned in so it has the value of 1 and that dot lies in column A2 and the rest of the table is organized in this way.

Since in the first two rows and the last row of the cell there is no dot that is in the on state so the binaries of those rows will be zero. So, the values for these rows will also be included when declaring the character and also we can use the hexadecimals to create a character. 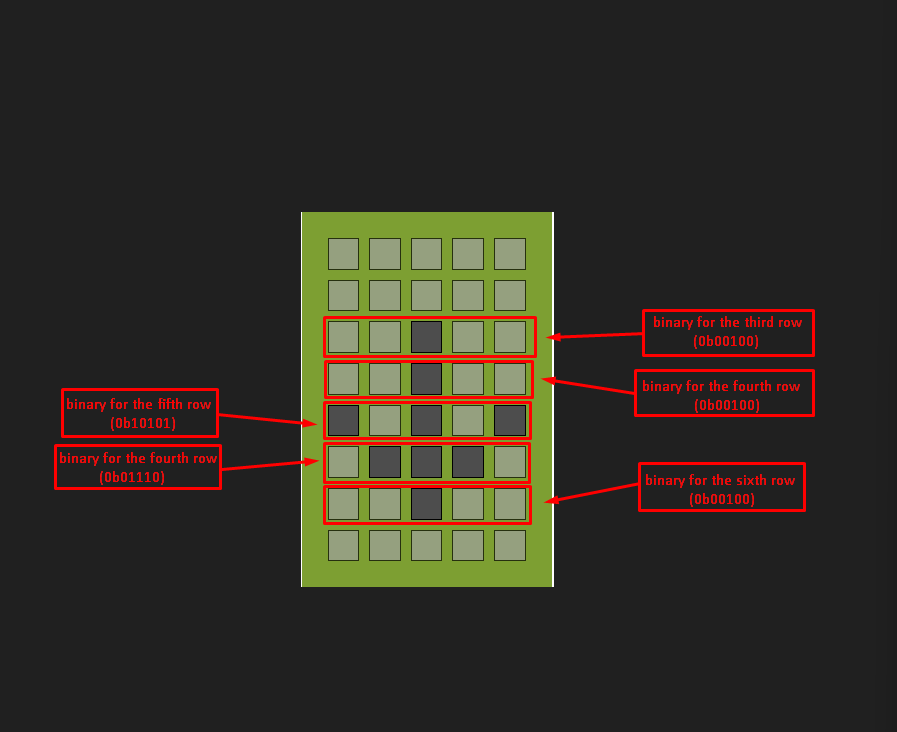 In the Arduino code after defining the library for LCD and assigning the pins of Arduino to LCD the binaries for three characters are defined.

The schematic for the circuit is: 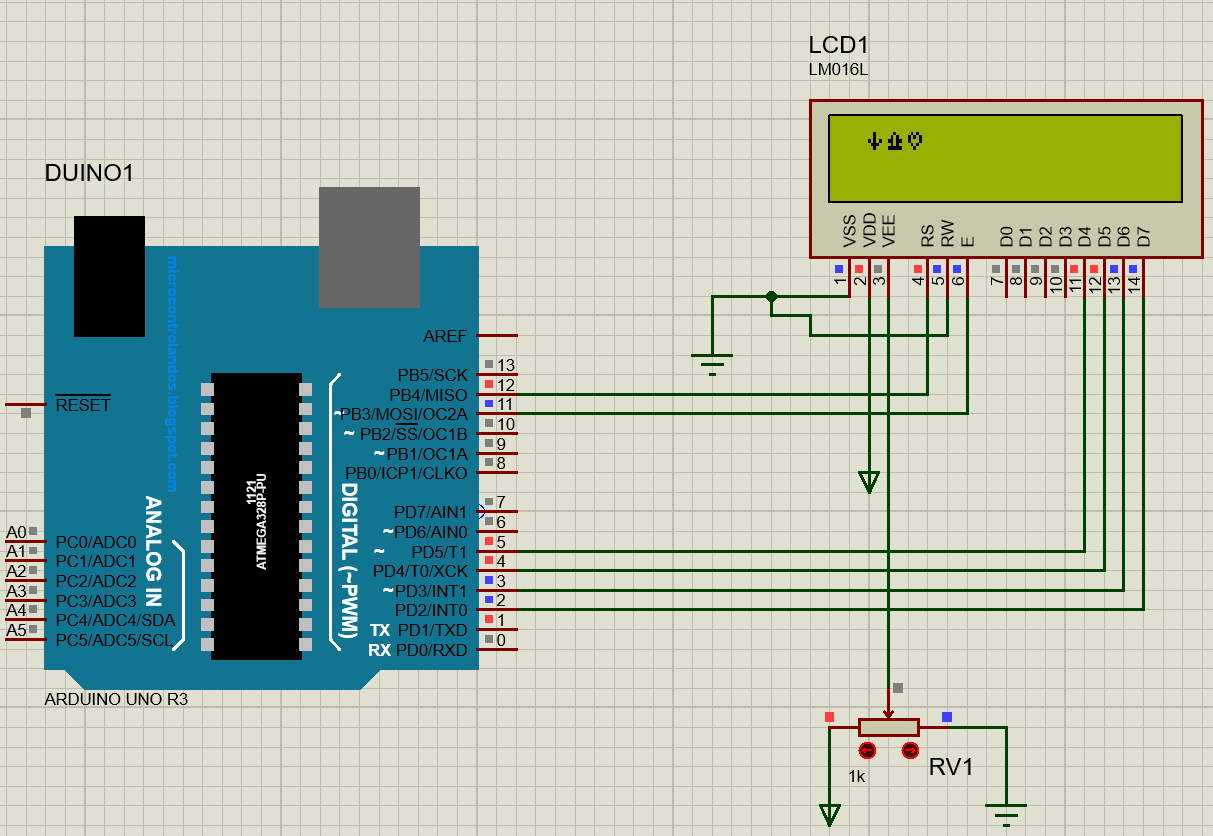 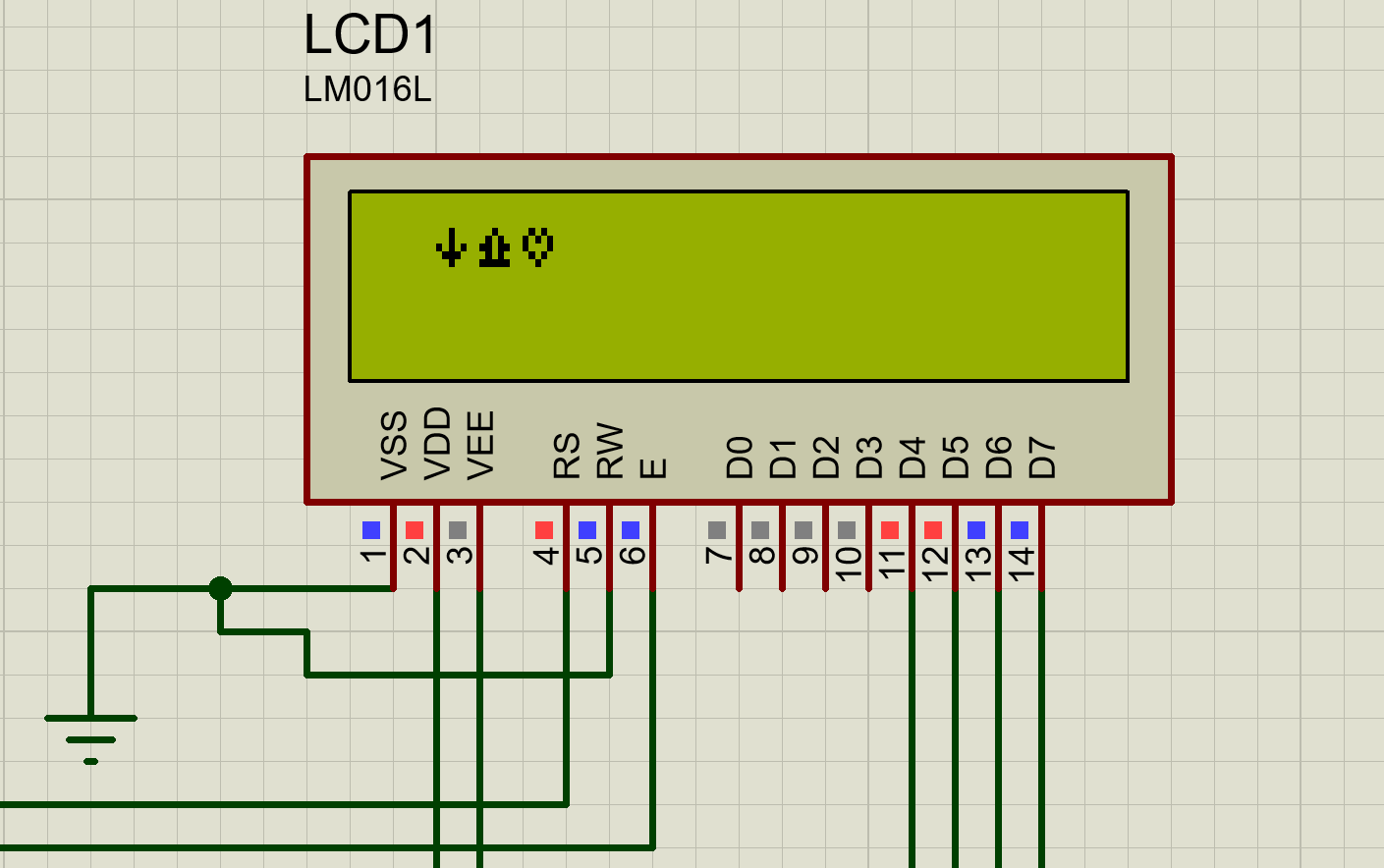