Initially, all operating systems have a simple and clean desktop environment so that it becomes easy for everyone to navigate to folders or perform other tasks. However, using the same desktop makes it less impressive. Luckily operating systems do allow you to change the desktop appearance to give it a new look.

How to Change the Desktop Appearance of Raspberry Pi

There are several methods to change the desktop appearance of your Raspberry Pi OS, and the details of these methods are discussed as under.

By default, Raspberry Pi OS includes different desktop wallpapers and various customization options. To use these options right, click on the desktop and then select the “Desktop Preferences” option.

There, you will find different options like desktop layout, picture, color and text color. You can choose any option you want, like in our case, we are selecting the “Pictures” option for changing the default desktop background. 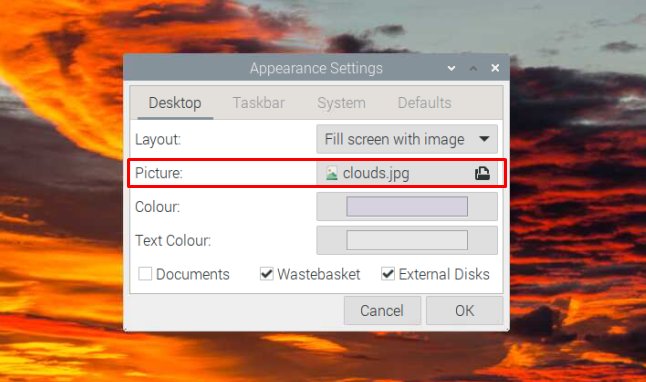 Select any image you want, or you can select an image from other directories as well. Double clicking the image will change the background of your desktop. 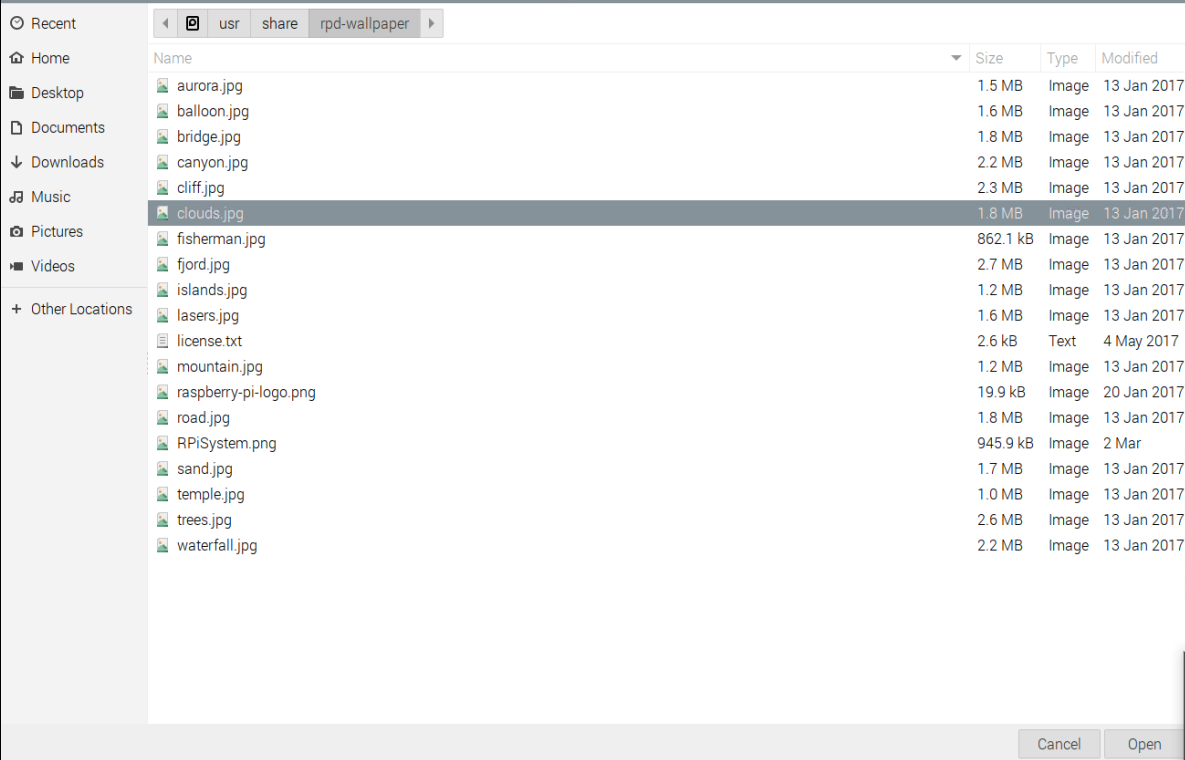 In our case, we select “fjord.jpg”. 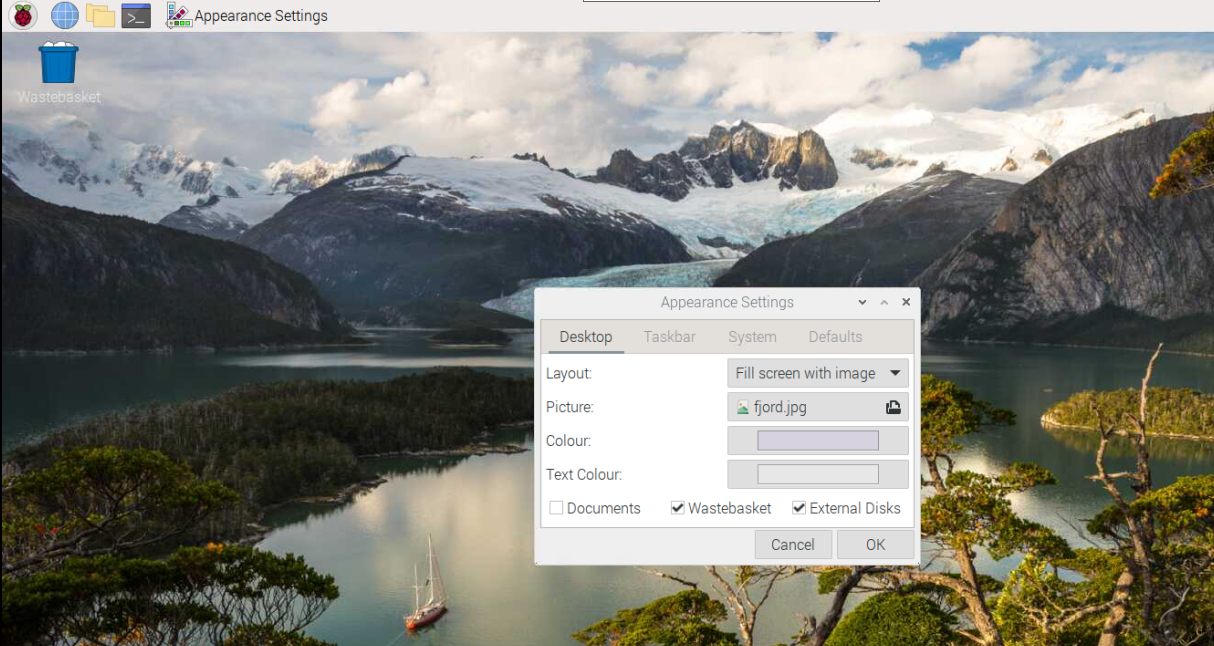 2: Changing the Desktop Appearance by Fixing the Screen Resolution

You can also change the desktop appearance of your Raspberry Pi by fixing the desktop resolution according to your comfort level. To do this, you must navigate to the Raspberry Pi main menu and in the “Preferences” option, select “Screen Configuration”. 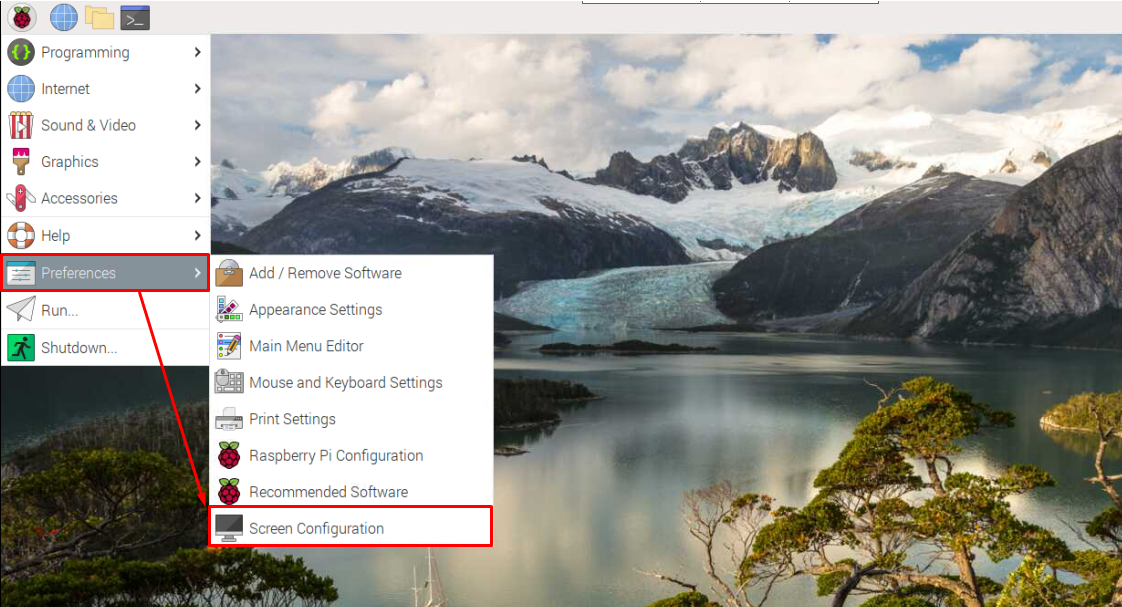 Go to the “Configure” tab, select the “Screens” option, choose the HDMI and in the “Resolution” option, you will be able to change the screen resolution of your system. 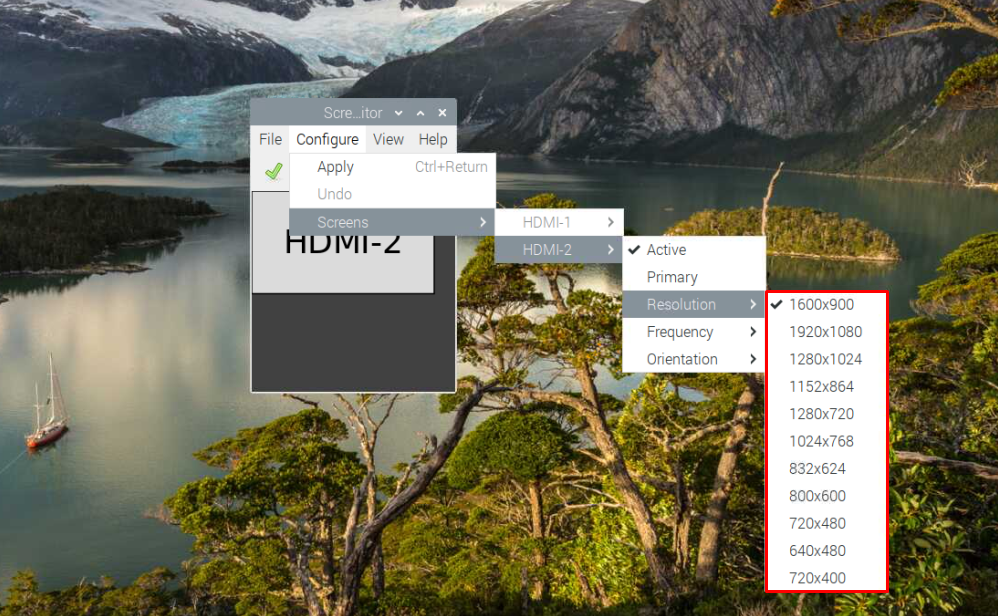 You can also change the screen orientation if you are using Raspberry Pi OS on a touchscreen display.

You can install different desktop environments on your system using the following command: 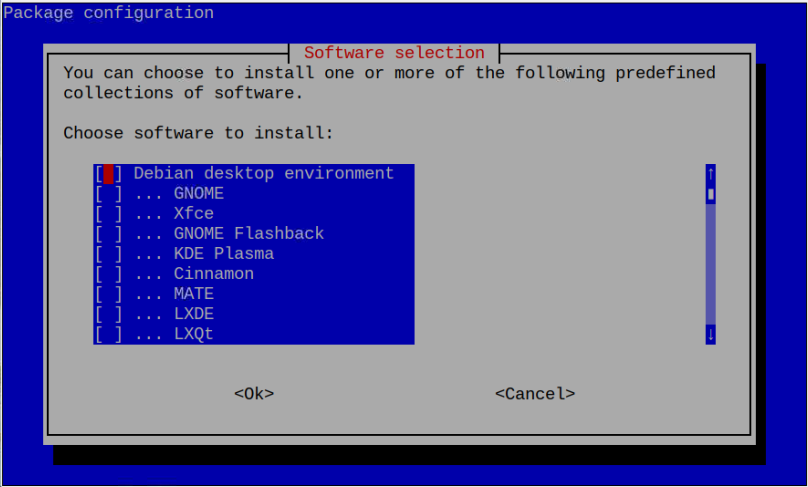 You can also use the built-in theme changing option on your Raspberry Pi device to change the desktop appearance. To do this operation, you will need to execute the following command:

A window will open, where you will find several options like changing the widget, color, icon theme and others. Select an option which you want to change, for example, you can change the widget by selecting one from the list and then click on the “Apply” button to confirm.

You can also change the system icons by going into the “Icon Theme” tab and selecting an icon theme according to your choice or you can download one in tar.gz file and load it here. 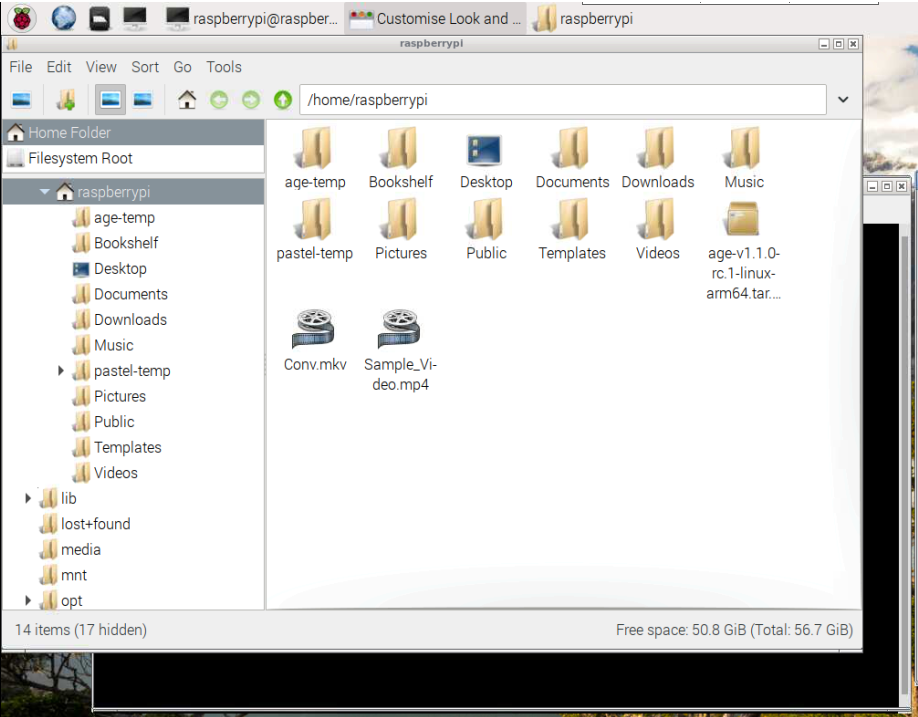 The icons have been changed.

Changing the desktop appearance on your Raspberry Pi OS is extremely useful in case you are tired of using the old desktop look. You can change the desktop appearance by performing each method mentioned above as all are pretty simple to follow. It’s entirely up to you which one you want to start first but to have a completely whole new desktop environment you should select installing a new environment on your Raspberry Pi.