To learn how to make circuits the easy way, breadboard is the best option for the beginners, as it is the essential product for prototyping any project. Breadboards are made up of plastic and have small holes which are electronically connected with each other in a specific pattern.

Breadboards come in multiple sizes and the size depends on the specifications of the project which has to be done using the breadboard. It is recommended that large size is used if the projects include multiple devices and small size for the projects that require less equipment.

Breadboard is also used for testing a circuit and to find any issues in the circuit before the circuit is made on other advanced boards known as Printed Circuit Boards (PCBs). The breadboard consists of metal strips embedded into the plastic body. These stripes are also designed by the computer like the design of circuit boards that are printed by the computers which need soldering to connect the devices.

In other words, a breadboard is also a printed board, but it does not require soldering the devices for connection. The devices are simply connected using the jumper wires. The connections of the breadboard can be explained using the following picture

There are mainly two blocks that are provided in breadboards for making the circuits. 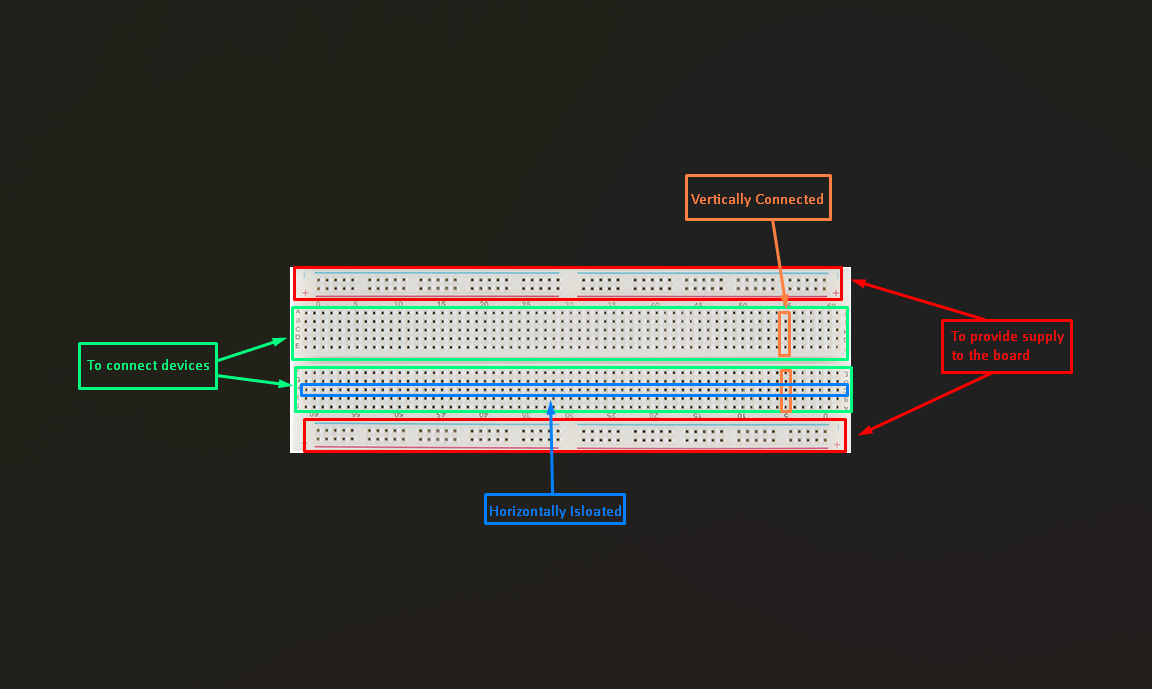 The horizontal connected pins are normally used for supplying power because these pins can be easily accessed on the vertically connected area. There is a block of positive and negative supply on each side of the board highlighted in red so that each block can have its own supply and to avoid large jumper cables to connect the blocks highlighted in green from the supply. These pins are connected in horizontal direction only.

Example of using a breadboard with Arduino

A simple code for blinking the LED is written using the digital write function in Arduino and then using the breadboard the led and the resistor is connected to Arduino Uno. The circuit diagram of the project is given: 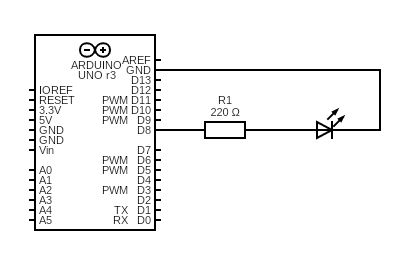 As we know that the pins in the breadboard are vertically connected to each other so first the LED and resistor are placed on breadboard by making the positive pins both common like this:

In the above circuit the voltage to turn ON the LED is directly coming from the board, so no external supply is being used, therefore, no need to use horizontally connected pins. The Arduino code for this example is given as: 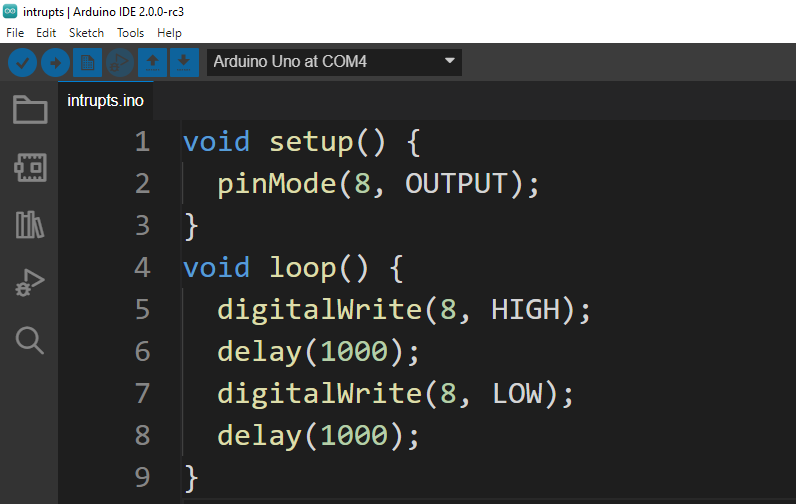