Theming is one of the simplest and most effective ways to spice up the user experience of any operating system. This is especially true for any Linux distro. If you’re staring at the same old, lifeless display, chances are, you’re pretty bored. How about spicing things up? That’ll definitely give your brain an incentive to enjoy the system once again.

In the case of Zorin OS, it’s a pretty polished and good-looking distro that’s based on Ubuntu. It features a heavily tweaked GNOME desktop environment that resembles Windows. As it’s GNOME desktop, we already have a good path on how to vivify it.

Let’s check out how to use different themes and how to customize Zorin OS for the best ones.

For making changes to GNOME, there’s a default tool in the GNOME software family: GNOME Tweaks. To make any change to the system, we need to take the help of it.

Fire up a terminal and run the following commands. 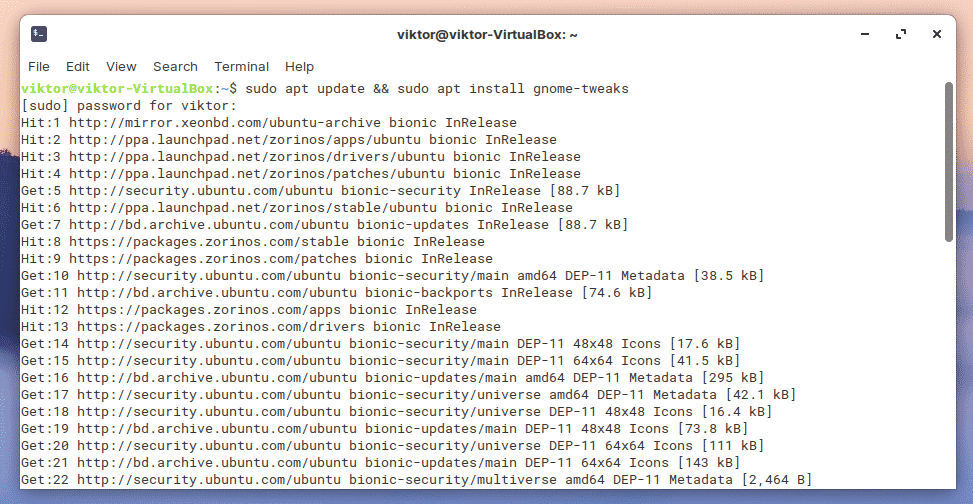 Under the “Appearance” section from the left panel, we need to focus on the “Themes” option.

From “Application”, you can choose the overall theme for all the applications.

Next up, it’s the “Cursor” section. You can choose how the cursor will look like.

From “Icons”, you can select the icon theme pack.

The “Shell” decides the theme for the rest of the system.

Next up, it’s the background.

The next section is for setting the behavior of the lock screen.

As Zorin OS uses GNOME, it’s compatible with all the incredible GTK themes available on the Linux community. We can switch between different themes with the help of GNOME Tweaks, no problem.

Without further ado, let’s check out some of the most gorgeous and charming themes for Zorin OS!

It flattens out the UI as much as possible while maintaining a modern but minimal look. Transparency touches give the theme a more elegant look. The theme also comes up in 3 different flavors: light, dark and darker. All of them are directly available from GNOME Tweaks.

To install the Arc GTK theme, run the following command. 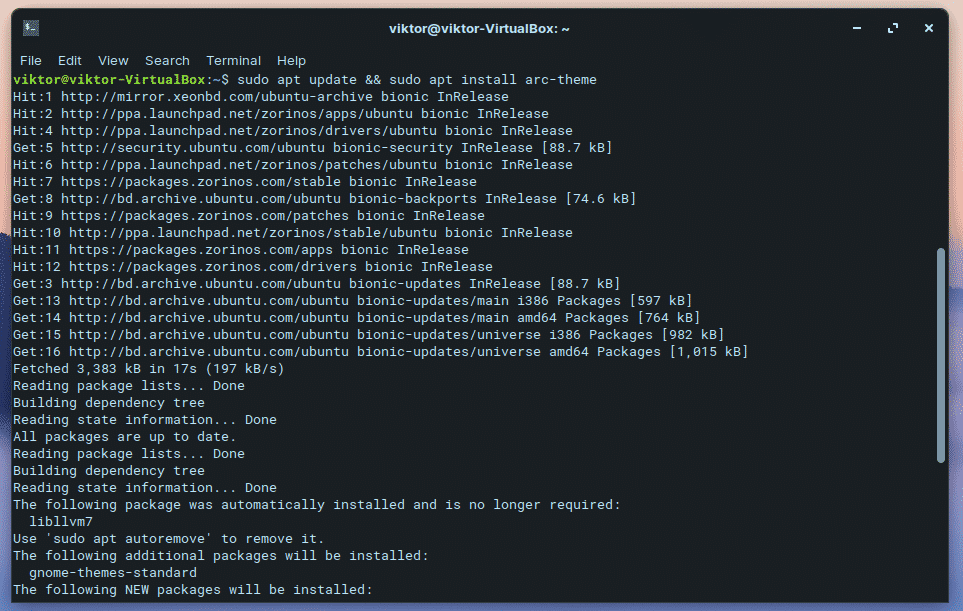 Change your system theme to the Arc theme from GNOME Tweaks.

You can easily feel the impact of the change.

If you’ve ever into the world of theming your desktop environment, you definitely have heard the name of Numix. It’s another well-known GTK theme. It offers both normal and icon theme.

The entire theme is toned in gray with splashes of pinkish-red highlights. Numix is one of the most polished themes out there. The theme works fine with popular desktop environments like GNOME, Unity, Xfce, and Openbox.

Install the Numix theme by running the following command. 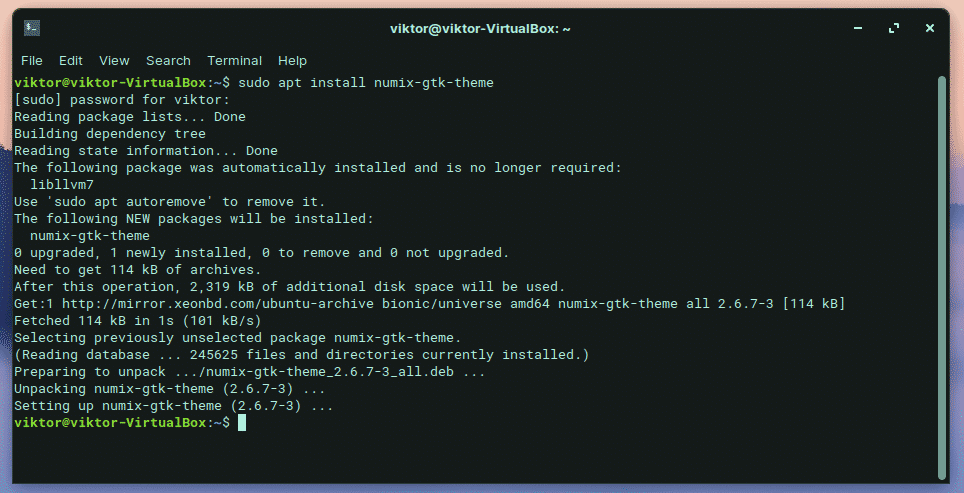 If you’re interested in the Numix theme variants and icon themes, use the following procedure instead. 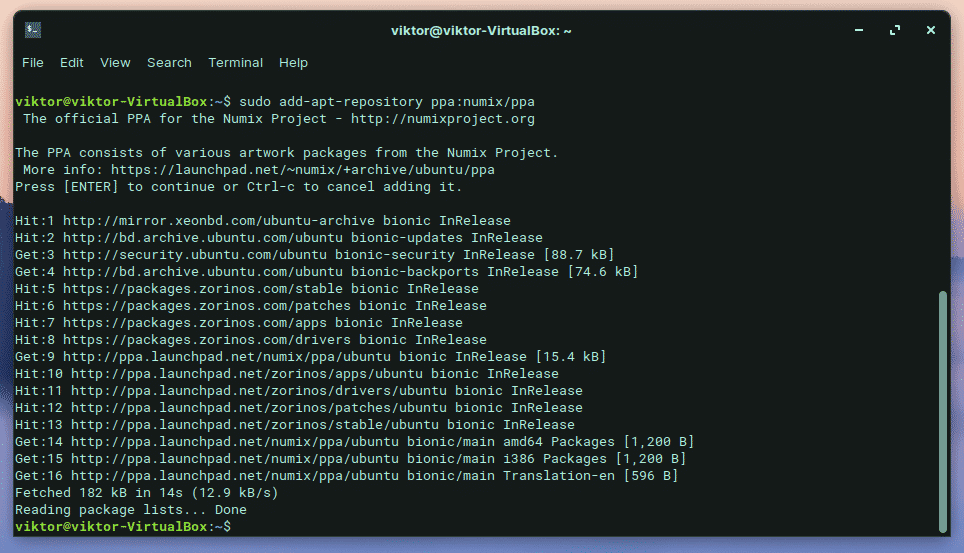 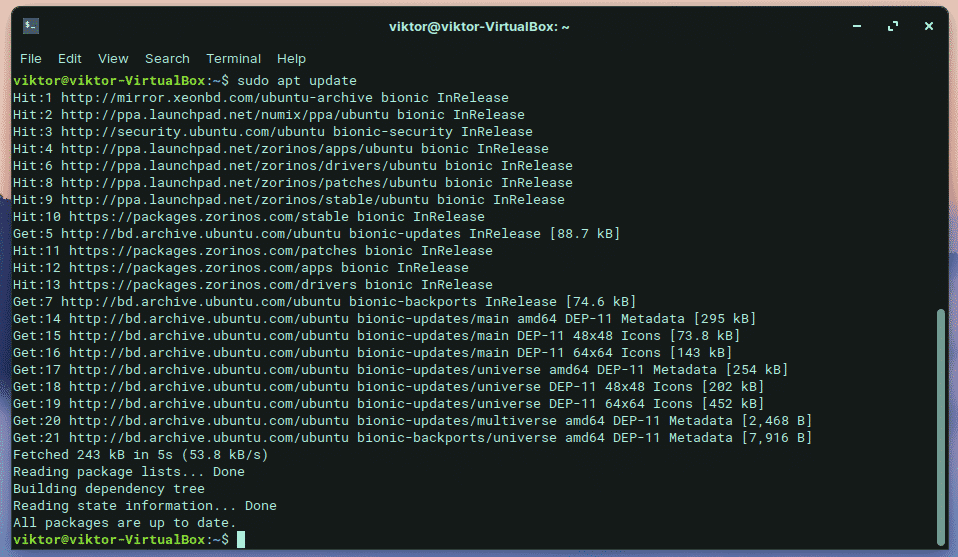 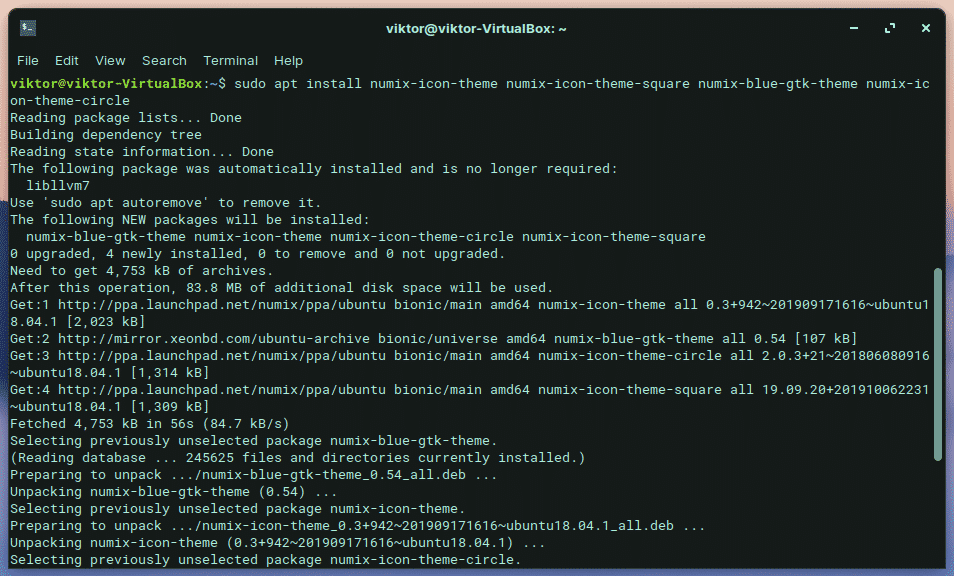 Adapta is yet another awesome GTK theme that’s well-regarded in the Linux community. It takes its inspiration from another well-known Material design by Google. Material design is what Google uses in the majority of its products, including its web services and Android’s UI. Adapta takes the concept and transforms it into a masterpiece.

This open-source theme comes up with different variations as well, just like Arc. All of them are guaranteed to work with any GTK-supported desktop environment.

To install Adapta, fire up a terminal and run the following commands. 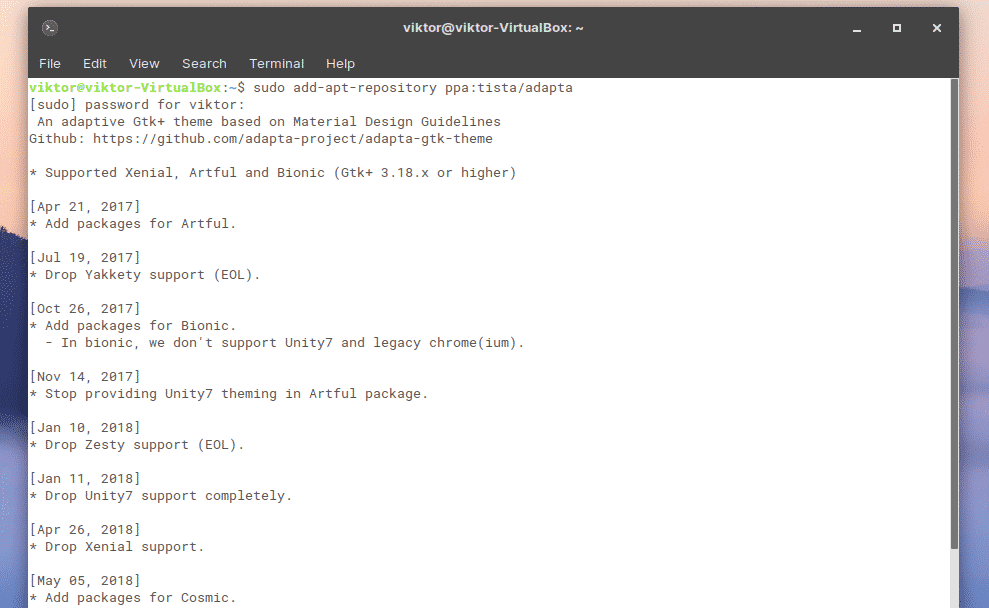 Let’s see how it looks!

Here’s another flat Material design theme for desktop environments supporting GTK 2, and GTK 3. It’s similar to Adapta in the Material design but adds more hue and depth to the flat design. An interesting part of this theme is, it uses macOS style traffic light window controls.

Probably the best part is, Canta is one of those GTK themes that feature a rounded edge.

Installing Canta is a bit difficult. However, just run the following commands step by step. 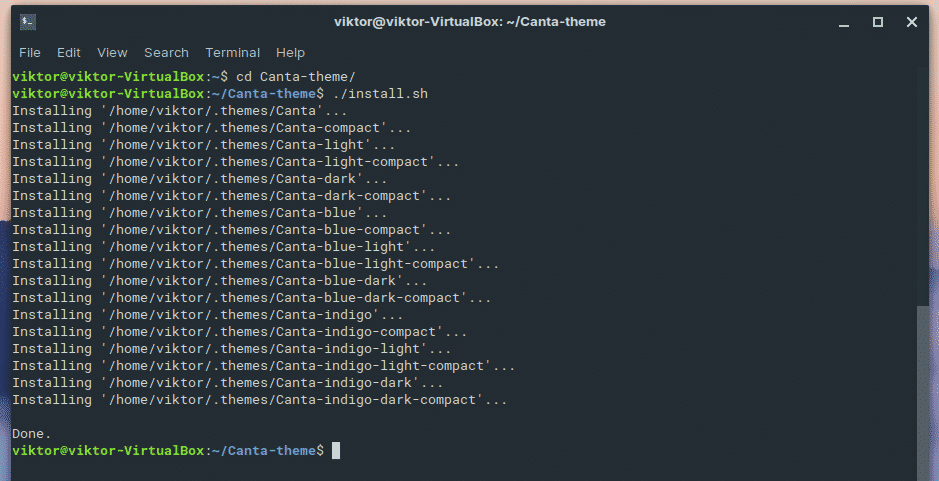 For installing the icon pack, run the following extra command. 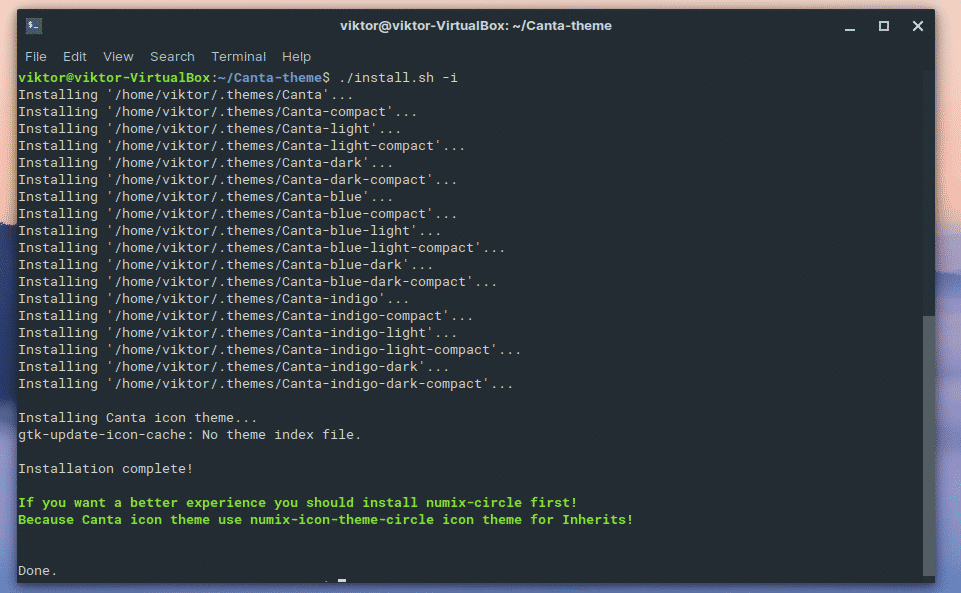 Paper is developed using GTK 3, so it’s not ideal to use on GTK 2 environments. The flat nature of the theme offers a refreshing feel without too much shiny stuff going on. Paper also has its own icon set to complement the entire environment.

Here’s how to install Paper. 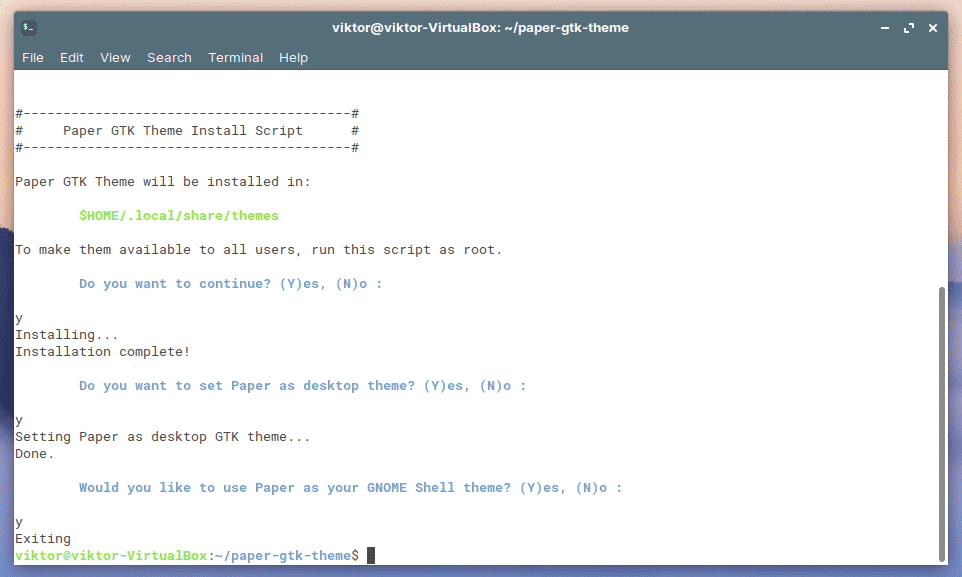 Here’s how it looks.

There are plenty more GTK themes out there in the wild. These are the themes that I like the most and have a good reputation in the Linux community. However, there are some really cool ones in the wild that may suit your taste more.

Feel free to explore by yourself. Zorin OS is very user-friendly in that regard.