Raspberry Pi is undoubtedly an excellent little tool whose importance is rising with each coming day. An operating system is incomplete without the apps. Though there are tons of apps, for some users finding the best apps to install on Raspberry Pi is one of the critical issues.

Raspberry Pi comes with some inbuilt apps, but these are default apps that are necessary for an operating system. People need different apps for different tasks and the default inbuilt apps cannot fulfill all their needs. You must need other apps for your Raspberry Pi to do other tasks like listening to music, watching movies, doing programming, etc.

Here are some of the best apps you should install on your Raspberry Pi’s desktop:

The design of an operating system’s desktop is critical to its overall appearance. If the desktop is well-designed, it can look stunning. The Raspberry Pi’s default layout is very functional, but not spectacular.

Cairo Dock is one of the most amazing Raspberry Pi apps to install because it allows you to change the layout of your operating system’s default dock.

You can install any dock of your choice; there are numerous docks and themes to choose from. If you want to give your Raspberry Pi desktop a more upscale appearance, Cairo Dock is the way to go. It includes a launcher that completely changes the appearance of your desktop.

The Cairo Dock will be installed on your desktop using the command mentioned below, simply open the Raspberry Pi terminal and enter the following command: 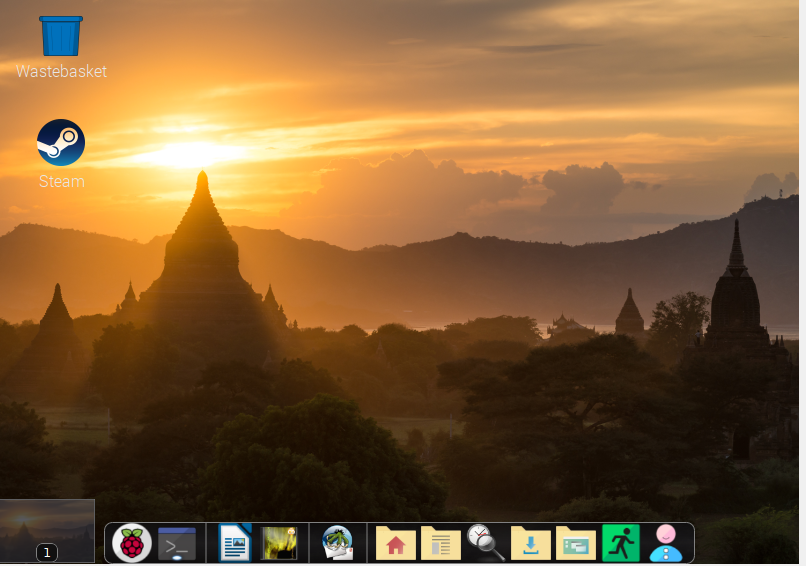 If you want to monitor the performance of your hardware, Conky is one of the best apps to install on your Raspberry Pi. It analyzes your RAM usage, CPU activity, disk space, and other critical processing items to display your system’s performance. More importantly, it grants you the authority to change your Conky theme as you see fit.

To get it on your Raspberry Pi OS use the command: 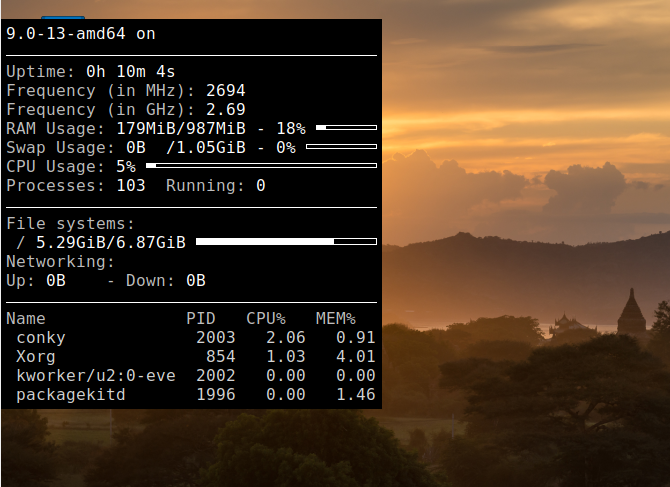 Who doesn’t enjoy painting? In today’s digital world, not everyone likes the same old-style painting because they don’t have enough money to buy the required tools every time. Don’t worry; MyPaint, if installed on your Raspberry Pi desktop, will do the job for you.

MyPaint is a free, open-source, and simple-to-use app that can be used in a variety of ways. It is ideal for those who want to try their hand at digital painting. Its extensive brush collection entices you to stay with it for a longer period of time without looking for other alternatives to this app. Install app on your pi using: 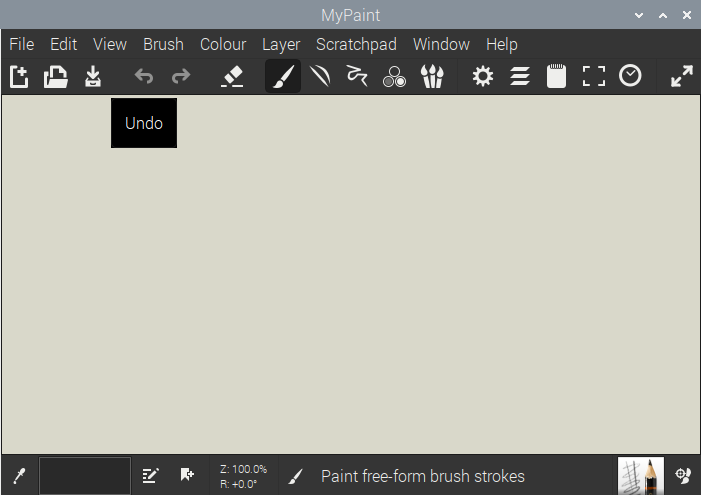 In order to run VLC on Raspberry Pi desktop, head to the terminal and type the following command to install it on your desktop. 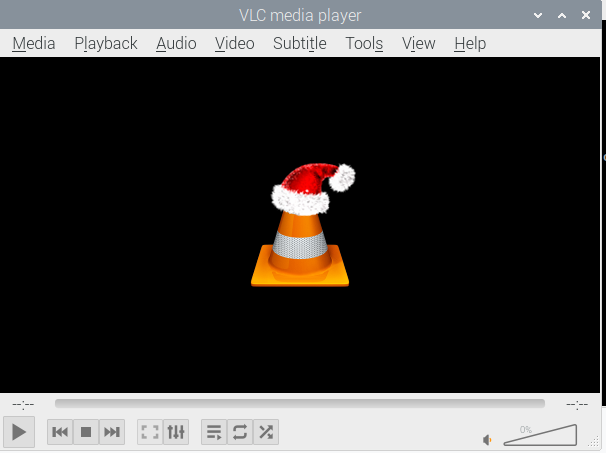 A screen capturing app called vokoscreenNG is one of the greatest apps to install on a Raspberry Pi because it can accomplish a variety of things. It can record your desktop activity and can be used to make a brief recording of your work. It can easily capture your webcam and has the ability to record sounds from multiple audio sources.

To install the app in Raspberry desktop, type the same command in the terminal of Raspberry Pi: 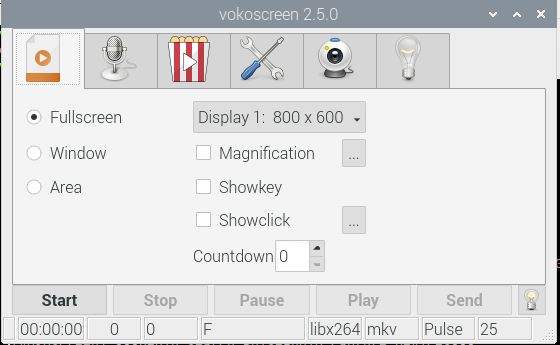 QMMP is a desktop music player application. It includes equalization controls as well as playlist management. It is regarded as one of the greatest Raspberry Pi programs to install due to its rapid speed and lightweight nature, requiring fewer CPU resources. It supports multiple music formats and its functionality can be enhanced by using tons of plugins that come with it.

To get QMMP, use the below mentioned command: 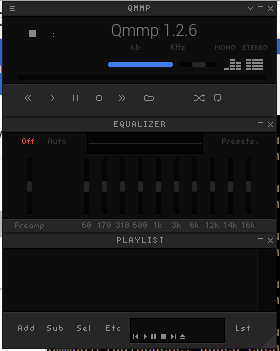 Microsoft Visual Studio should be everyone’s priority these days because it provides you the opportunity to develop your own websites. Give it a shot if you’re a programmer who enjoys coding. It is one of the best utilities, and it should be on your Raspberry Pi desktop. You can easily create websites, develop mobile apps and other useful things through this platform.

Update the repositories first using the command mentioned below:

After the update, you can put the following command in the terminal in order to install Microsoft visual studio. 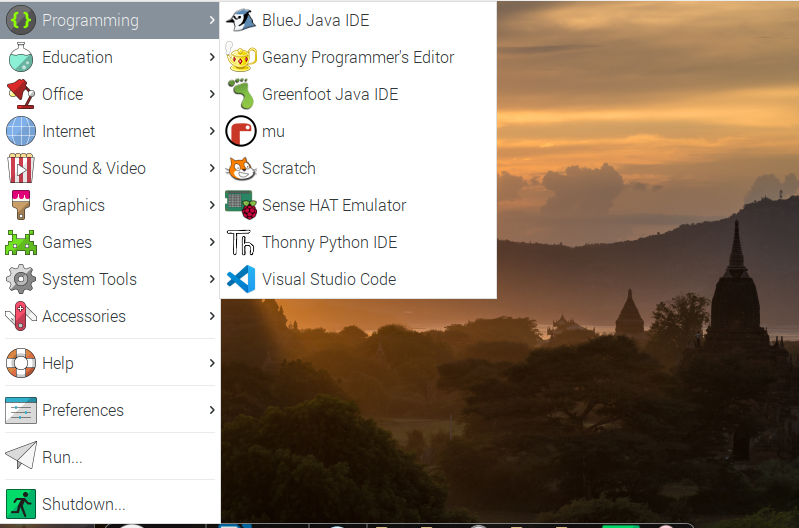 Do you want to install better apps on your Raspberry Pi? Test each software to see whether it is a good fit for your Raspberry Pi’s operating system. You can find additional apps that are similar to these based on your needs, but these are best suited for low-spec systems.