To make different projects easily the Arduino is a platform that consists of hardware and software. The Arduino Zero and Due are two different types of Arduino boards that have different specifications and are used to perform different tasks. This discourse briefly discusses the difference between the Arduino due and Arduino zero boards.

The Arduino Due is a 32-bit board which has an Atmel family microcontroller having 12 analogue pins for input and output and 54 pins for digital inputs and outputs. Similarly, to interface the hardware or other devices there are 4 pins. There is also a button for the resetting of the Arduino board and the clock speed of the controller is 84 Mhz Moreover, the board has 2 analog to digital converter pins and OTG USB ports as well.

The board works well if the voltage is between 7 and 12 volts, if the voltage is less than 7 volts the Arduino Due gets unstable and if the voltage is more than 12 it can burn the board. Furthermore, this board comes with 512 kilobytes of memory and 94 kilo bytes of static RAM. The Arduino Due is also equipped with over current protection which protects the devices in case of any overload condition. This feature activates when the current exceeds 500 mA. 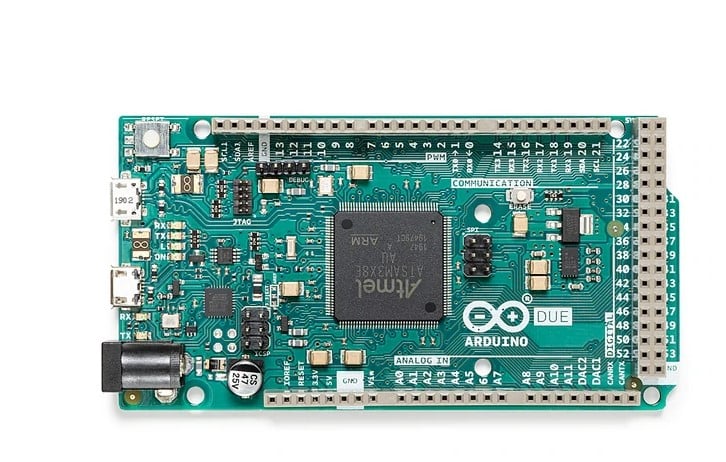 The supply can be given by the USB port or a separate port is provided for the power. This board has a memory of 256 kilobytes and a static RAM of 32 kilobytes. The over current protection is also provided to stop the current more than 500mA 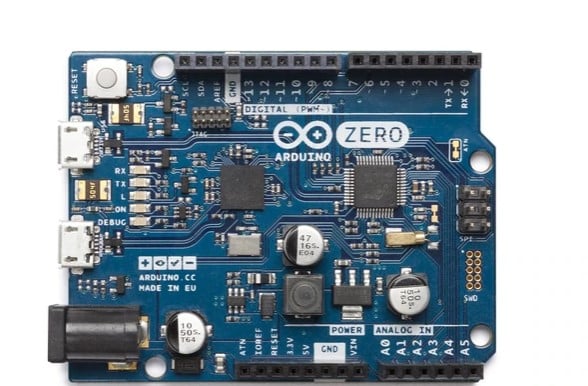 Arduino zero can be used for various projects of different nature some of them are:

A detailed comparison of specification of both boards is in the following table:

The Arduino family has a very vast range of Arduino boards for different types of applications. In this write-up the specifications of two Arduino boards that are due and zero are given and also the comparison of the two boards are given.