What is a while loop

Loops are very handy in any situation, especially when we want to repeat the same process according to some condition.To understand the usage of the while loop, let’s say, we have a user who has 30 components of the project and we ask the user to input the name of the component after every minute till 30 minutes. If we write the code in which after every 1 min, it is asked the user to enter the component and then print it, and again after 1 minute asks the user to enter input till 30 minutes, it will consume a lot of time as well as the code will become bulky which reduces the efficiency of code

This can be made easy by using the while loop, in which we can put the condition of time in the while loop that is less than 30 min, and ask the user to enter a component after every minute. This will be a code of about 5-6 lines and will fulfill the purpose as well.

Syntax of using the “while loop” in Arduino

The general syntax of using the “while loop” is:

while (condition)
{
//code or set of statements
}

The explanation of the above syntax is very easy to understand:

What is the flow chart of the while loop in Arduino

The most convenient way to understand the usage concept of anything is through visual explanation. For the visual understanding of the “while loop” in Arduino, consider the flow chart: 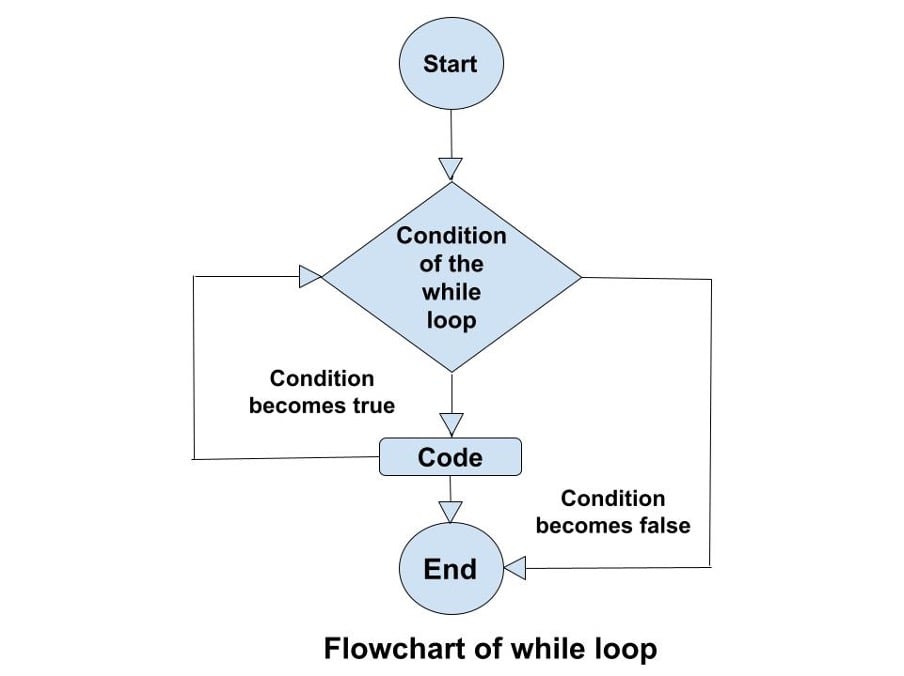 What is Arduino programming structure

void setup(): The void setup function runs only once, as it is the beginning of the program. You can declare different variables, and take different inputs from the user. For example turning a circuit on, that would happen only once.

void loop(): In this function the code runs infinitely like if we want to run LEDs for an infinite time period, we can use void loop() 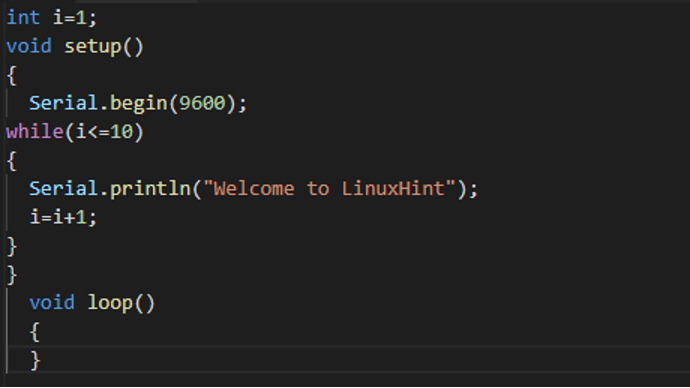 Explanation: The above code is simple which displays the “Welcome to LinuxHint” ten times in the serial monitor output. The explanation of the code is:

To display the output, we will verify, upload, and then with the help of serial communication run the code:

In the above output, we can see that “Welcome to LinuxHint” is printed on the serial monitor output six times because when the value of “i” is incremented to 7 the condition becomes false, the compiler was out of the loop.

Explanation: In this code, we are displaying the number of iterations and the explanation to the above code is:

We will verify and run the code:

In the above output, the value of iterations has been displayed which is 100.

A while loop in Arduino can be used for the finite as well as an infinite loop and also it can be used when we need to run statements repeatedly. In this write-up, we have explained the while loop and the general syntax of using it. We also discussed the flowchart of while loop working as a visual demonstration is easy to understand. And then we discussed some examples of the while loop on a basic level for better understanding.