There are five different types of functions that are used in Arduino for configuring its inputs and outputs. The following input output functions are briefly discussed in this discourse:

INPUT : It defines the respective pin that will be used as an input for Arduino.

OUTPUT : This mode is used when instruction is to be given to any connected device.

INPUT_PULLUP : This mode is also used to assign input state to the pin. By using this mode the polarity will be reversed of the given input for example if the Input is high that will mean the device is off and if the input is low that means the device is on. This function works with the help of internal resistors that are built in Arduino.

Syntax : To use the pin mode, function the following syntax should be followed:

There are 14 digital pins in the Arduino Uno which can be used for the read and write functions. When the status of any specific pin is to be known then the digitalRead() function is used. This function is a return type function as it will tell the status of the pin in its output.

Both functions are of Boolean type so, only two types of states are used in digital write function one is high and the other is low. To use digitalRead() and digitalWrite() functions the following syntax should be used:

In the below mentioned example, pinMode(), digitalRead() and digitalWrite() functions are used:

In the example code a led is made turned on and off using the input and output functions and also a push button is used.

To read the state of the button it must be in the input mode that’s why INPUT_PULLUP is given to the button and in the setup function using the pin mode the declared pins are assigned to Arduino for both button and led.

Since the INPUT_PULLUP is used for a button which inverts the inputs of the button like change High Into low and vice versa. So, when the program is compiled the LED will also turn on and upon pressing of the button the LED will turn off. 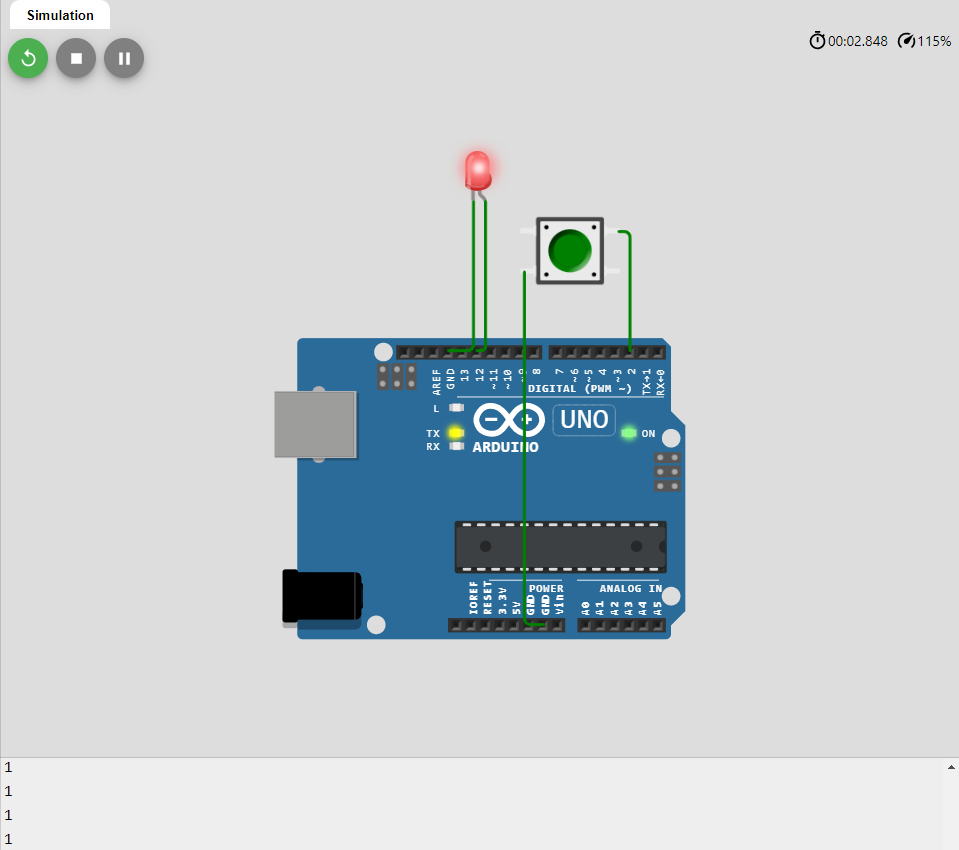 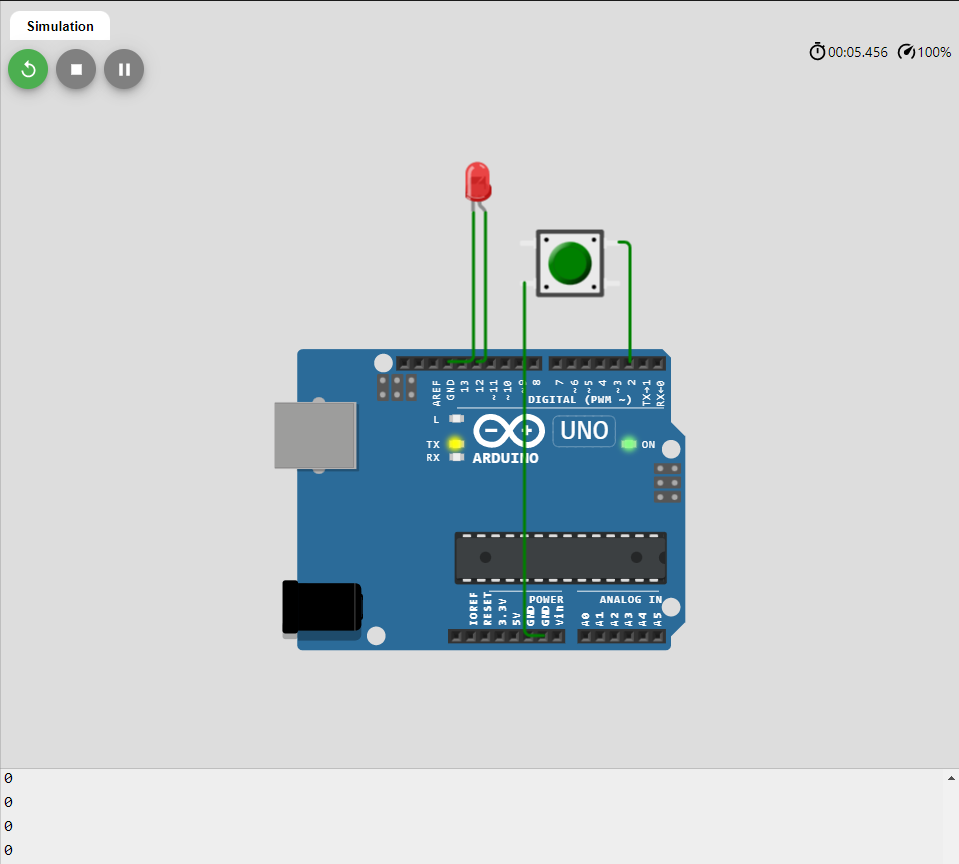 The Arduino Uno has 6 analog ports which can be used by these analog read and write functions. The analogRead() function will read the state of the analog pin and will return a value in the form of numbers in the range from 0 to 1024 for 10 bits resolution and for 12 bits resolution the range will be 0 to 4095.

The bit resolution is the analog to digital conversion so for 10 bit the range can be calculated by 2^10 and for 12 bits it will be 2^12 respectively. However, to assign a state to any analog pin on the Arduino Uno the function analogWrite() is used. It will generate the pulse modulation wave and the state will be defined by giving its duty cycle that ranges from 0 to 255. 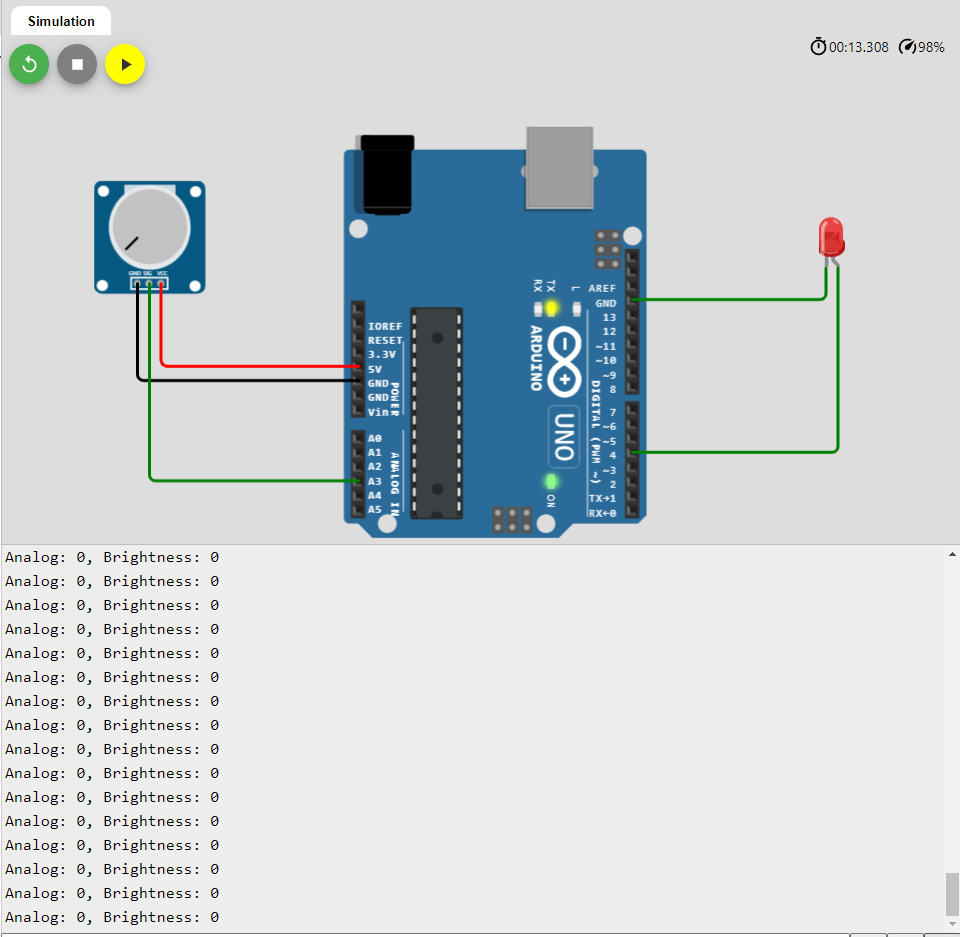 When the value of the potentiometer is zero that means the resistance is maximum and there will be no voltage supplied to the LED. So, the value for the brightness will also be zero hence the LED will remain in off state. 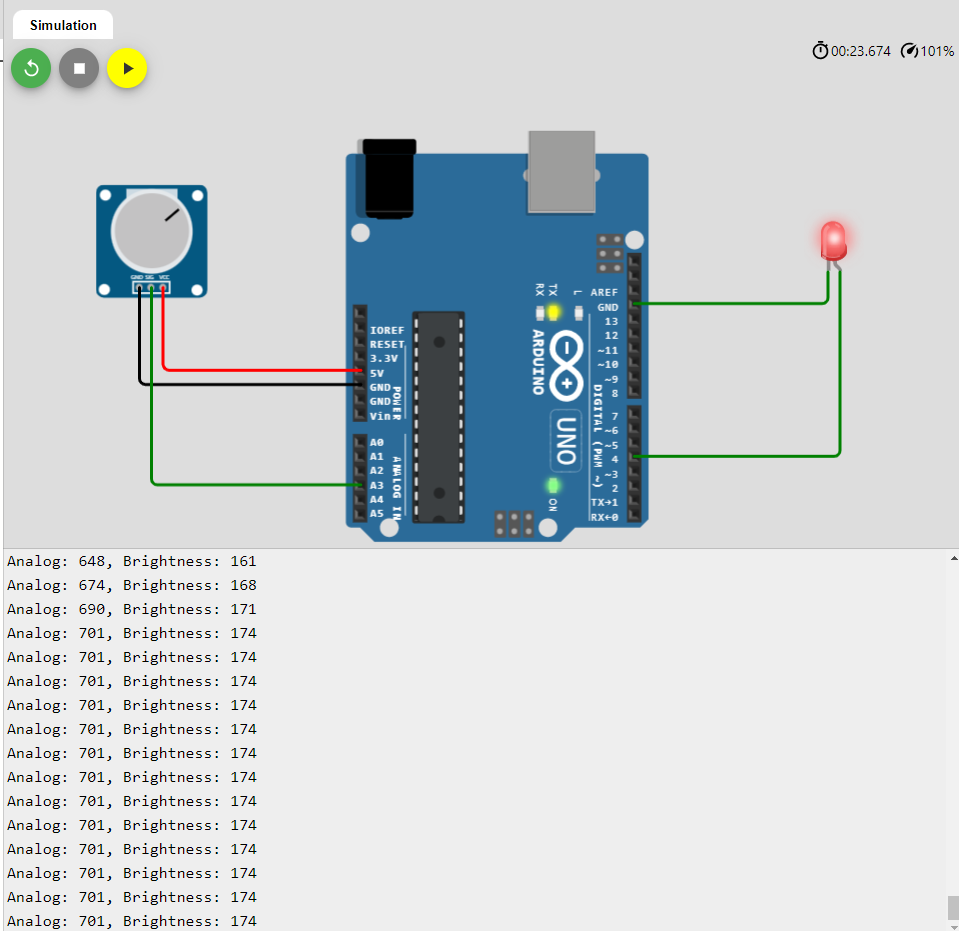