When two or more numbers are to be added the addition operator is used. When writing the code in Arduino, numbers either variable or constant are declared first with integer data type. After that use the addition “+” operator for addition. This can be further explained by the code given below:

In Arduino programming the multiplication of two constants and variables can be done using the asterisk “*” symbol. Similarly, one constant and one variable can also be multiplied using the same method.

To divide any two of the constant values and variable values, a forward slash “/” symbol is used. The variable type used for the divide operator is float so that any non-integer output can be accepted Furthermore, like the other operators one constant and another variable can also be divided:

In Arduino programming to convert a negative value into a positive value, the absolute value of that value is taken whether the value is a variable or constant. The significance of absolute is to tell how far a number is from 0 without signifying the direction; to take absolute using the Arduino code the abs command is used as illustrated in the statements below:

Here in example code it can be seen that value c is 16 values away from zero.

The maximum and the minimum value between any two values can be found by using max() and min() functions in the Arduino program. The values can be either variables or constants:

From the above code the output for the maximum function will be 4 and for minimum function it will be 2 as four is greater than 2.

To take a square root of any variable or constant value the function sqrt() is used in arduino.Further it can be explained by the given example code. The square root of 100 will be 10:

The function used for taking the square of variable and constant is sq(). Similarly, the data types used for the operator square are float, int, double. Here in the example the square for 2.8 will be 7.84:

If two values are divided and they are not divided completely as a result a residue value is left so to find that value remainder operator is used by using a percentage symbol “%”. Since in the given example both numbers are completely divisible so the remainder will be zero:

This operator can be used to calculate the value of the variable or constant having the exponential form. The function used for this is pow(). To give a better understanding of the operator the pseudo code is written below. In the example 4 to raise power 2 is calculated using the pow() function nas the output will be 16. 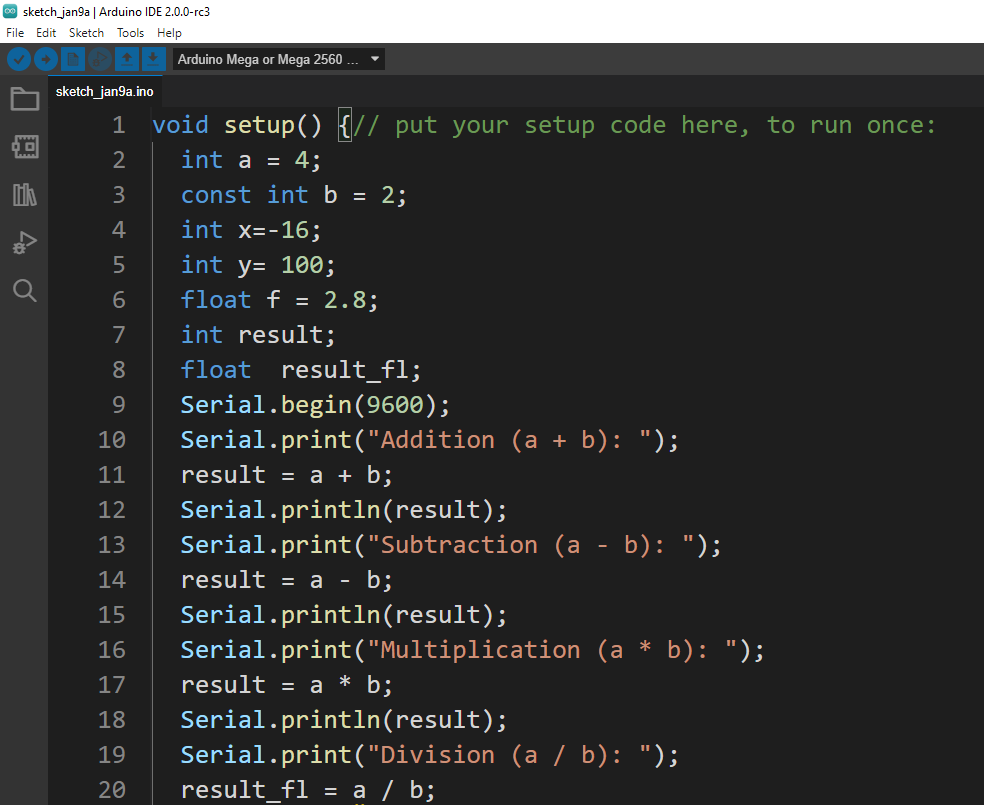 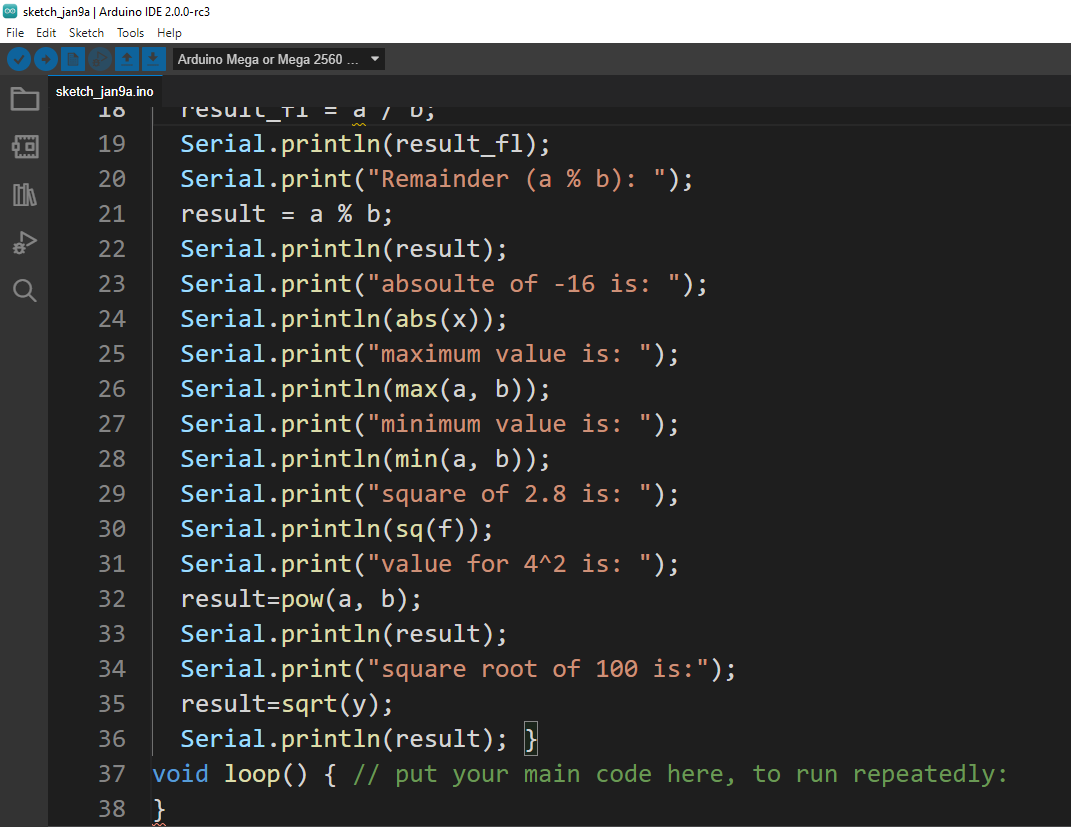