In web applications, the alignment factor is utilized for creating vacant space around the element. Developers use the CSS “margin” property to create empty spaces outside of the element. The implementation of margin property on HTML elements is easier than other properties only if the developer has a clear understanding of it.

In this post, we will explain when and why margin auto does not work in CSS.

What is margin Property?

CSS “margin” property is used to create vacant space around the element, which could be from left, right, top, and bottom. The defined space always takes place outside of the selected HTML element.

The value “length” refers to the margin of elements, which can be specified into rem, pt, px, and in other units. Value “auto” allows the browser to adjust the margin.

To overview the margin property deeply, you can check out this dedicated article.

When and Why margin auto Does not Work in CSS?

Block Type HTML Element
Here in our HTML file, two “<p>” tags that have been defined with some text within the body section:

The display value as block will be applied by default to <p> element and it will consume the 100% width as shown below: 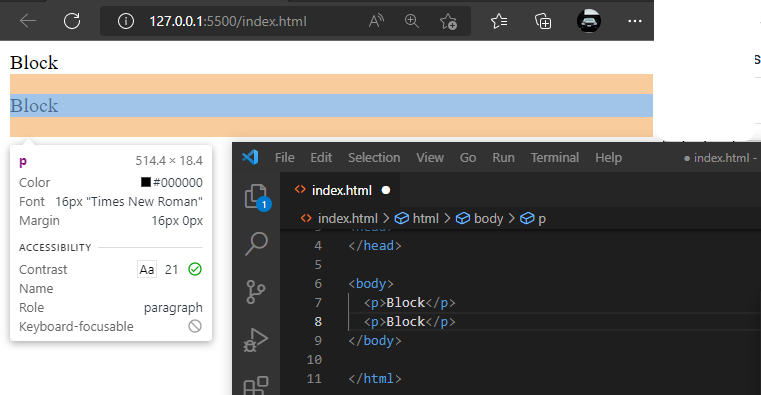 After saving the mentioned code, notice that the predefined width has been overridden with 50px and margin auto has adjusted the element into the center:

Inline Type HTML Element
As the below image shows that when we have declared some text within <span> tags, they did not consume any space; it is only because the inline display value has been applied by default on this element:

Now, if we will apply the width property or margin property with auto value on the span element. As a result, no effects will take place. Because when the display inline is applied, it makes the element bound to consume only the space that exists within its tags.

Have a look below at the explained example.

Example
Let’s intentionally use an element with predefined inline value, such as <span>:

In the next step, utilize the display property along the value “block”. Set the width to 50px and margin to auto as explained: 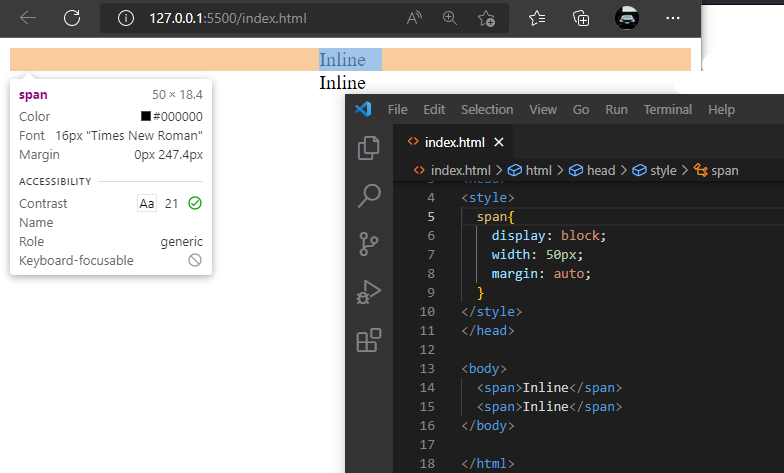 We have elaborated on when and why margin auto does not work in CSS.