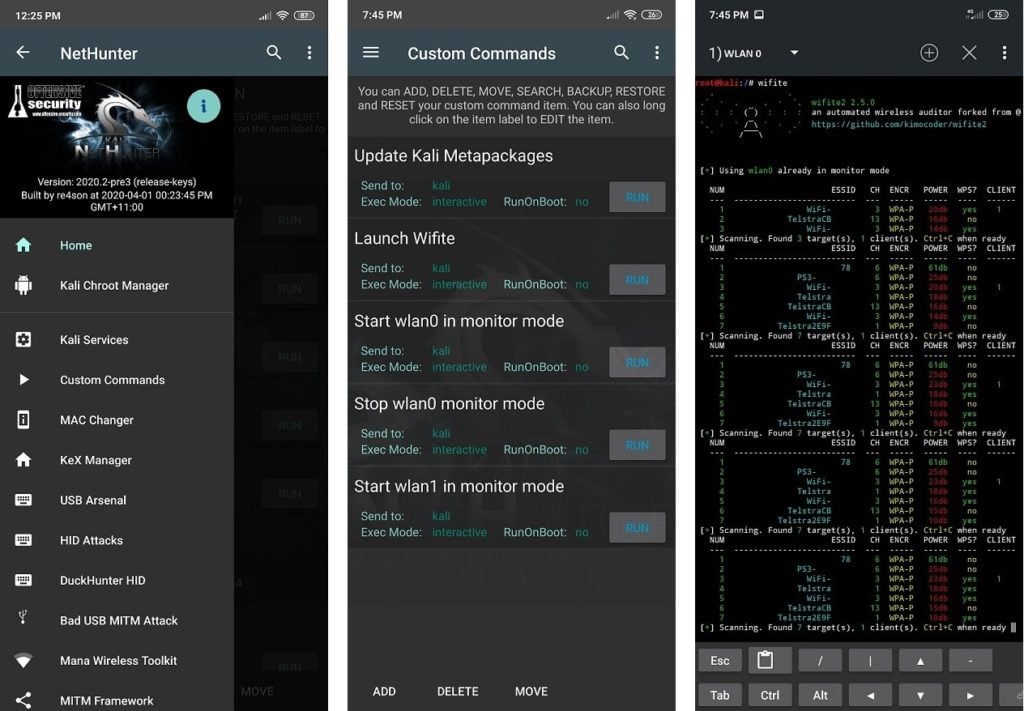 Userland refers to space outside of an operating system kernel, meaning anything that doesn’t have root access. We can use an app to install Kali Linux or any other android operating system supported on Nexus or Oneplus unrooted Android phones. While this is pretty incredible but, there are some limitations to this. In general, you can communicate with the instance of whatever Linux device you want via SSH or VNC. VNC gives you a full graphic user style interface, whereas SSH is more simple but limits you to the command line. The best device for hackers is an android phone in which the Kali Linux is installed because mobile phones are more convenient and portable than laptops or personal computers. Let us see how we can use Kali Linux Nethunter on unrooted Android phones.

To follow along, you will need any unrooted Android phone. You can use any android phone because it doesn’t need to be rooted to work.

The second thing you need is an efficient internet connection.

You need to install NetHunter app from the following link: https://store.nethunter.com/

After installing the store, you need to install the following things such as Hacker’s keyboard, Nethunter Kex client, and Termux. You may get stuck while installing Termux, as the option of installing does not appear. In this case, you need to ignore this and press the enter button.

Write the following command on the Termux application.

After opening the Termux app, you can go for one of the following options given below.

If the KeX is running in the background but has no password, then you have to open KeX again and need to enter the required password. This is done using the command below.

KeX can send back by pressing CTRL+Z and,

If you want to use KeX, You have to start the KeX client. After this, you need to enter your password and press the connect button.

You can also customize the setting for a better and decent review. You can do this by pressing the option of Advance Setting.

You can use the following tips for a better function of Kali Linux. If you have enough storage space in your android phone, you can run apt to install Kali Linux in a full version as well. For this purpose, you need to run an apt update after the complete installation of Kali Linux.

Not all the penetrating tools work on unrooted Android devices. The same is the case with the utilities.

Type the following command in the Termux for a regular backup.

Ethical hacking can easily be done via your mobile phones by just sampling installing Kali Linux following the steps mentioned above. Depending upon your convenience, you may also use SSH for this purpose.