Flutter is an application development framework that can be used to develop cross-platform apps running on native code once compiled or built. Being developed by Google, Flutter allows you to create rapid prototypes in a short time as well as allows you to create full-fledged apps that make use of platform specific APIs. Using Flutter, you can create beautiful looking apps for mobile devices, desktop operating systems and web browsers using official material design widgets. This article will discuss installation of Flutter and creation of a new project for developing a web application. Flutter uses “Dart” as the main programming language for writing apps.

You can install Flutter in Linux using two methods. The first method is pretty straightforward, all you have to do is run a simple command to install Flutter from snap store.

The second method involves downloading the flutter repository from GitHub. Run the following commands in succession to manually install Flutter:

Note that running the above command will get you required files from the official Flutter repository including executable binary files. You will be able to execute these binary files from the “bin” folder. However, these executable files won’t be added to your system wide PATH variable and you won’t be able to run them from anywhere unless you manually add them to the PATH variable. To do so, follow the steps below.

Add the following line at the bottom of the file, carefully replacing the <full_path_to_flutter_directory> string.

For instance, if you downloaded Flutter repository in “Downloads” folder, you will have to add the following line:

Save the file once you are done. Refresh “.bashrc” file by running the command below:

To verify that Flutter’s “bin” folder has been added to the path, run the command below:

Notice the presence of the “flutter” keyword and the full path that shows the “bin” folder in “flutter” directory.

To check if the “flutter” command can be run from any path, use the command below:

Note that “Dart” language, which is required to write Flutter apps, comes bundled with Flutter files downloaded from git repository or from snap package. Run the following command to check missing dependencies required to run Flutter:

Some required files may start downloading to complete Flutter setup. If you have not installed Android SDK yet, a message will be shown in the output to guide you through the installation.

If you want to develop Android apps using Flutter, click on the links visible in the terminal output and follow relevant steps to install Android SDK.

To verify that web application support has been indeed enabled, run the command below:

If you have followed steps correctly so far, Flutter should be now correctly installed on your system, ready to create some web apps.

You should see a Flutter web application demo like this: 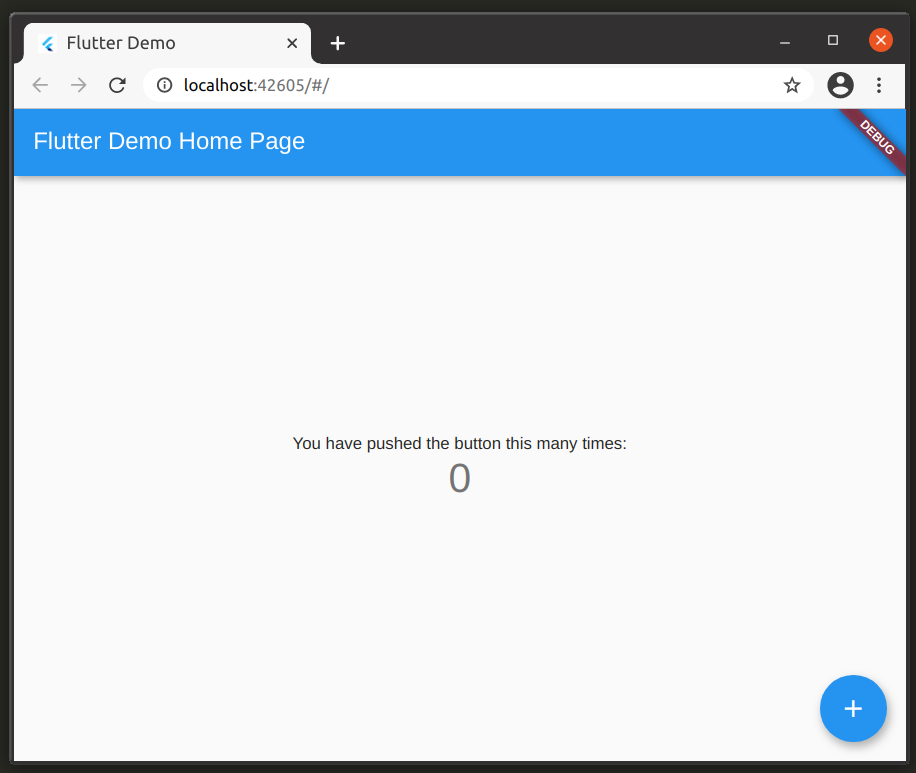 The demo project you created above contains a “main.dart” file located in the “lib” folder. Code contained in this “main.dart” file is commented very well and can be understood pretty easily. I would suggest you to go through the code at least once to understand the basic structure of a Flutter app.

Flutter supports “hot reload”, allowing you to quickly refresh your app without relaunching it to see the changes. Try changing the application title from “Flutter Demo Home Page” to “Hello World !!” in the “main.dart” file. Once done, press <r> key in terminal to refresh the app state without relaunching it. 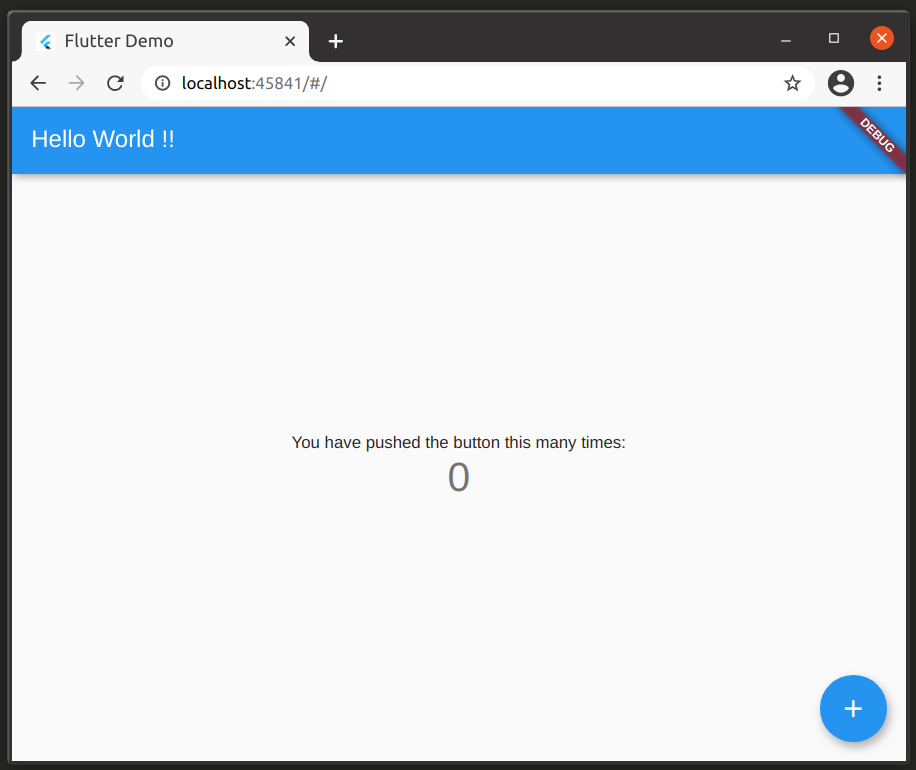 To build your Flutter web app, use the command specified below from your project directory:

Once the build process has finished, you should have a new folder in your project directory located at “build/web” path. Here you will find all necessary “.html”, “.js” and “.css” files required to serve the project online. You will also find various asset files used in the project. 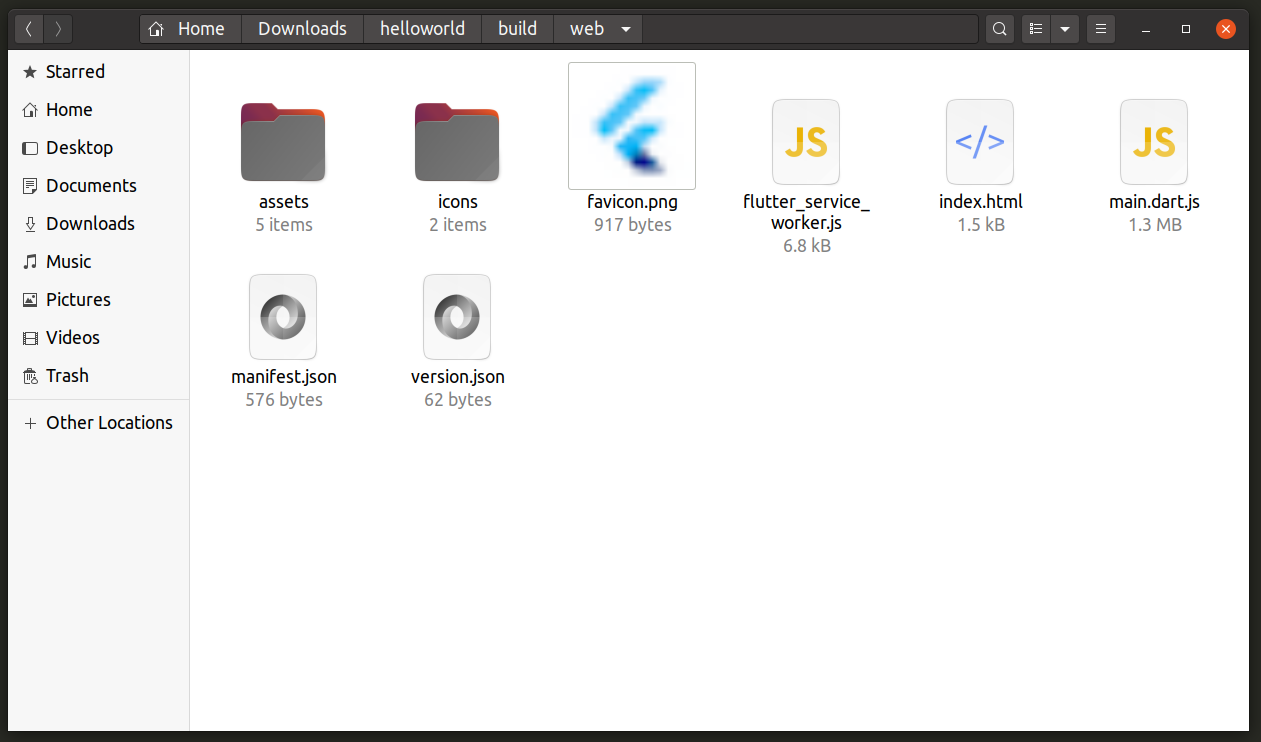 Flutter has been in development for quite a while now and it is growing as a framework for developing “write once deploy anywhere” cross-platform apps. Its adoption and popularity may not be as high as other such frameworks, but it does provide a stable and robust API to develop cross-platform applications.