Pop!_OS is an Ubuntu-based system first released in 2017 by an American corporation, System76. The System76 company has developed several servers, PCs, and laptops. They aimed to build a distribution that will operate on their systems right out of the box while being up-to-date and modern. It was mainly designed for computer technicians and software developers who want to utilize a Linux distribution for research and development purposes: 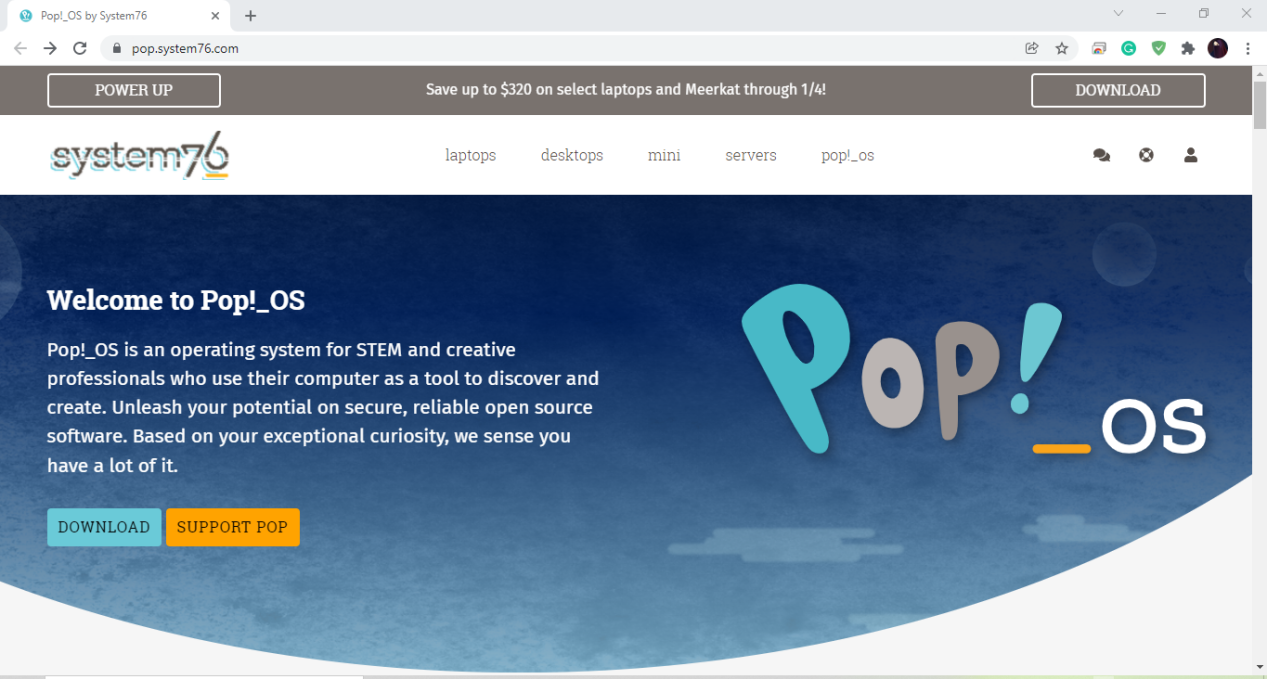 Manjaro is an Arch Linux-based distro that was first released in 2012. The purpose behind the Manjaro project was to build a distribution that everybody could use, from beginners to advanced users. Although this distribution has its repositories, it still supports AUR, Arch User Repositories (AUR). You can set GNOME, KDE, and Xfce as the default desktop environments on Manjaro: 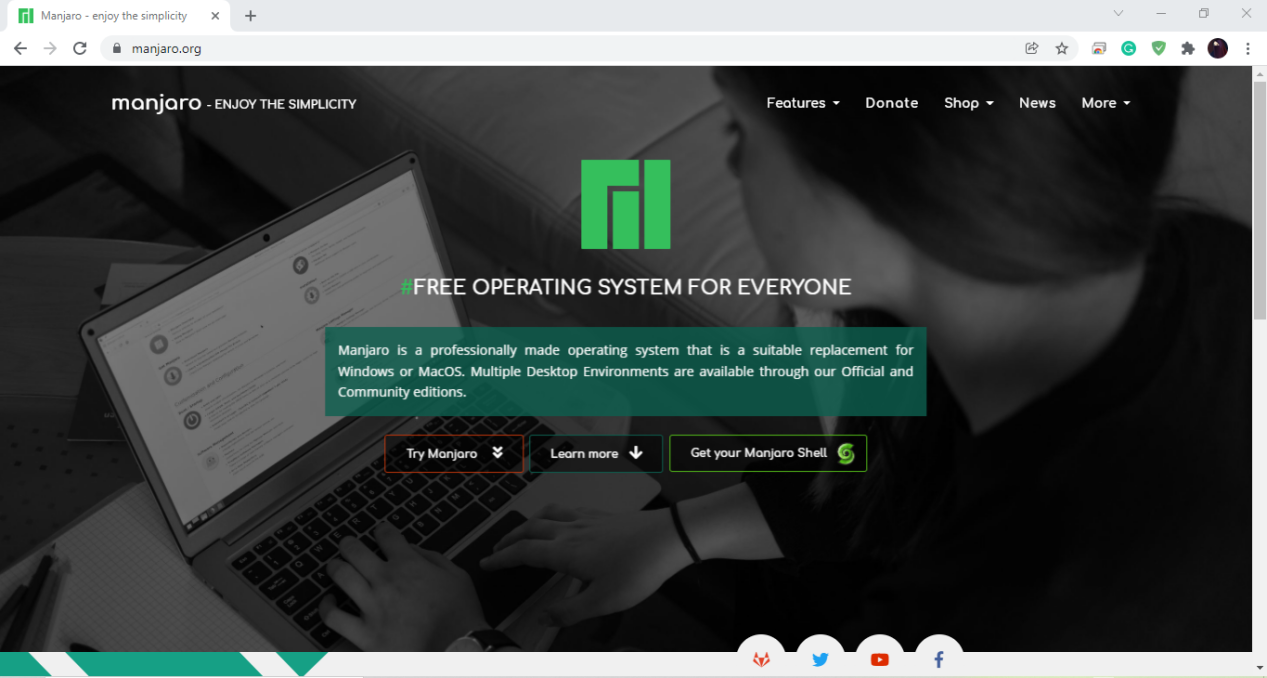 Before considering a desktop environment between Pop!_OS and Manjaro, you have to determine the most reliable and recommended system requirements, as they have a significant impact on system resources usage:

The Pop utilizes the GNOME3 or the Gnome Shell desktop environment. GNOME3 has a traditional layout with a dock for launching applications and a full-width panel. You can also use the menu in Pop!_OS to open the system applications. Pop!_OS also permits you to switch between the virtual desktops from the right side of the desktop: 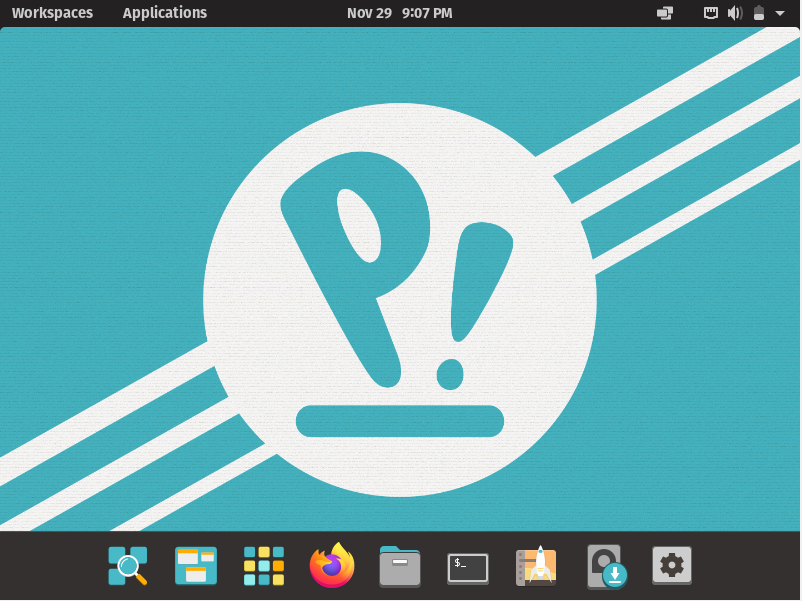 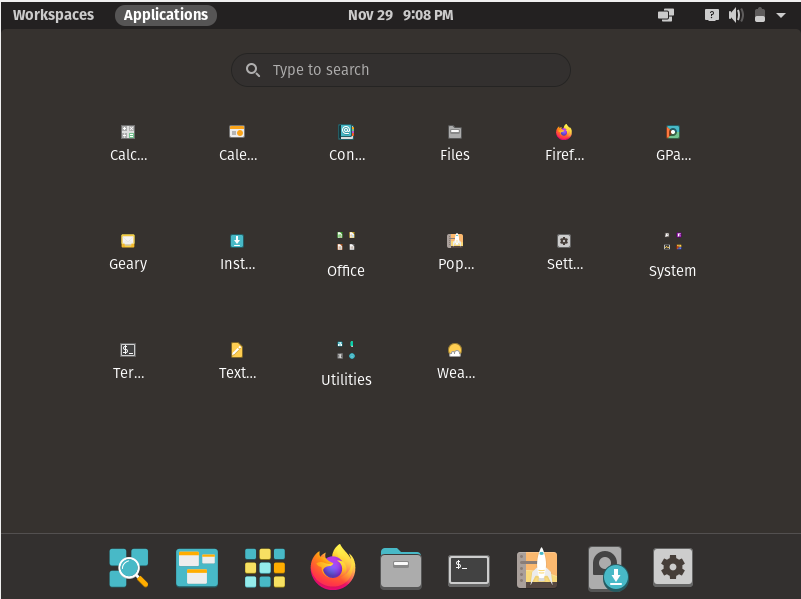 Most Linux users assume that the only difference between Pop!_OS and Ubuntu-based distribution is its appearance. However, this is not the case. Although both distributions employ the GNOME desktop environment, still Pop_OS! appears more polished, and it is more reliable whether you operate it in physical hardware or a virtual environment.

By default, the Wayland display server is used in the GNOME desktop environment. It utilizes a lot of extensions for customization purposes.

Lastly, the KDE desktop environment supports a variety of menu styles, and its embedded interface makes installing new themes a breeze. The ability to customize the Manjaro desktop is one of the advantages of using KDE. It also permits you to access the library of ready-to-use widgets for the desktop:

Whereas, Manjaro offers support for third-party drivers, 32-bit and 64-bit processors, and old hardware such as graphics and network cards. Manjaro’s user base is smaller than Ubuntu’s, therefore software and hardware firms do not officially release drivers for it.

Pop!_Shop is the package that Pop!_OS utilizes for adding or removing programs from the system. Using Pop!_Shop, you can add third-party repositories, enable, disable repositories, and updates in a separate window: 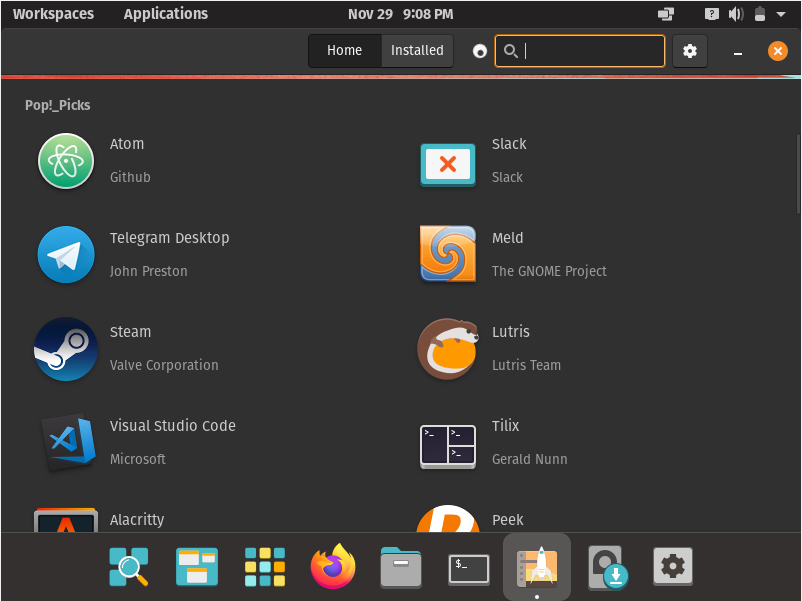 By default, “pacman” works as software manager in Manjaro distribution. Even though pacman is a console tool, it supports various graphical interfaces such as “pamac“. So, if you do not like working on a console and want to utilize GUI to manage software packages, you are good to go with the Manjaro.

By releasing two new versions every year, Pop!OS declares that it follows the Ubuntu update cycle. Also, the LTS releases have a five-year support period. Whereas, Manjaro utilizes a rolling-release methodology. The system’s core is maintained and updated regularly instead of replacing the operating system with a system-wide update. Pop_OS! is an excellent choice for the average users, for which releasing two major versions in a year seems promising. However, if you want to work on a distribution that constantly upgrades itself, then install Manjaro on your system.

Pop!_OS vs Manjaro Popularity and community

Manjaro supports a large user community eager to assist newcomers in getting started. If you are confused about something, you cannot find the related answer to your question on Manjaro Wiki or ArchWiki; then you can ask the Manjaro community for assistance; several topical forums exist on the internet for this purpose.

Pop!_OS has a small and active community. As it is based on Ubuntu, finding a problem is simple. You can also ask questions about the Pop!_OS distribution on the Pop!_Planet official forum.

Key differences between Pop!_OS and Manjaro

This write-up compared Pop!_OS and Manjaro and revealed that these distributions are relatively similar yet have characteristics that can set them apart. Manjaro comes with a less hardware-intensive and flexible Xfce desktop environment by default. However, several graphical environmental effects are missing in this distro. Pop!_OS GNOME shell is more up-to-date, consuming more system resources. If you want to work on a quick and responsive system, then Manjaro is a must-try; otherwise, Pop!_OS is a great option to operate in an out-of-the-box distro with Ubuntu features.