Docker is an open-source program that executes server applications using containers rather than virtual machines. Docker is a development and hosting configuration that utilizes fewer resources, so it’s no surprise that it is sweeping the development world. Docker environment variables are significant to this procedure because they store data that is unique to each user account accessing the software.

Using any modern JavaScript framework to create a container for a single app, you may discover that the configuration settings vary depending on where the container will execute. The basic URL for your API, for example, can vary based on whether you are testing or publishing the app. Environment variables are commonly used by developers to tackle this problem because code operates on the backend, environment variables are usually used there.

To pass the environment variables to a docker container, you must have Ubuntu 20.04 Linux system installed. Also, make sure to install the up-to-date version of Docker on your system. In case, it is not present in the system, you can do its installation by using the below-cited command. 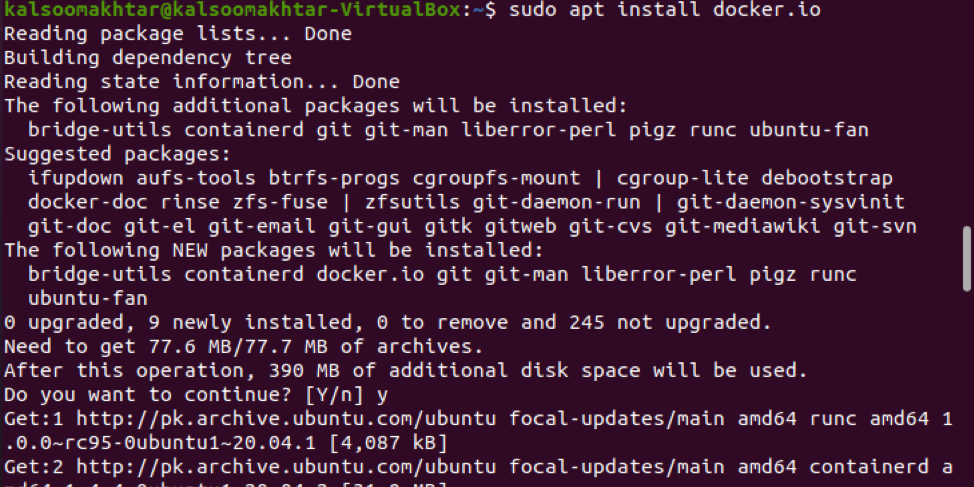 In this whole tutorial, we have used the “Sudo” keyword which means you must have sudo privileges to run this article.

Method to Pass the Environment Variables

To pass the environment variables to a docker container, you have to open the command line terminal by using the shortcut key of “Ctrl+Alt+T” or by searching it in the application menu using its search bar. Now, follow the below-appended steps:

Step 1: Pull image
Throughout this guide, we will be using Alpine, a tiny (5MB) Linux image. To begin, download the image locally by using the following appended command:

There will be no specific output for this command.

There will be no specific output for this command.

In the output, you can see that the environment variable has been successfully passed to the docker container.