Nmap (“Network Mapper”) tool is used in active reconnaissance in order to not only determine live systems but also determine the holes in systems. This versatile tool is one of the best tools in the hacking community and is well supported. Nmap is available in all operating systems and is also available in a GUI. It is used to find network vulnerabilities. It is a network penetration testing tool used by most of the pentesters while doing pentesting. The Nmap team created Zenmap. It provides a graphical user interface representation of Nmap. It is an additional way of using Nmap, so if you don’t like the command-line interface and how the information is displayed, you can use zenmap. 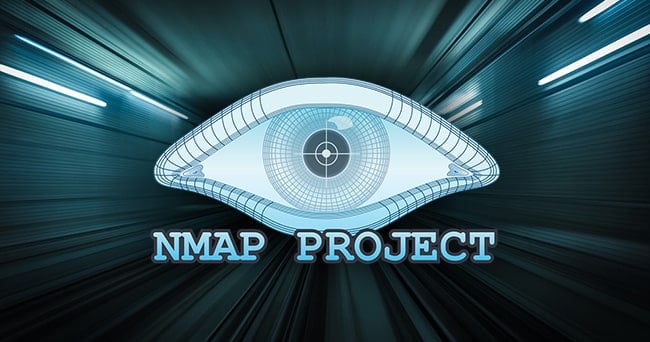 
On the Kali Linux screen, the installer will appear the user for a ‘root’ user password, which you will need to log in. The Enlightenment Desktop Environment can be started by using startx command after logging into the Kali Linux machine. The desktop environment is not required to run by Nmap.
$ startx 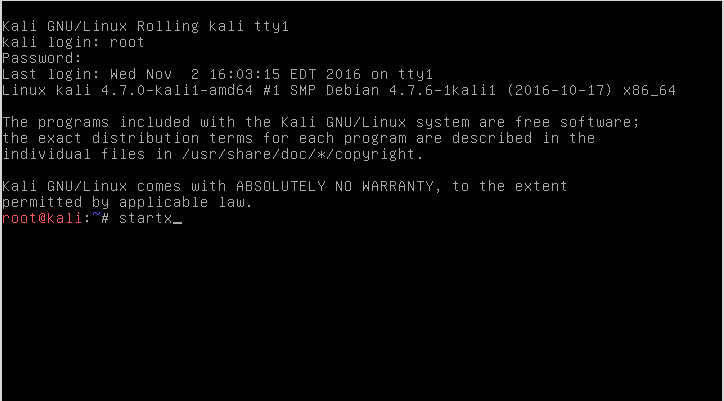 You will have to open the terminal window once you have logged into enlightenment. The menu will appear by clicking the desktop background. To navigate to the terminal can be done as follows : 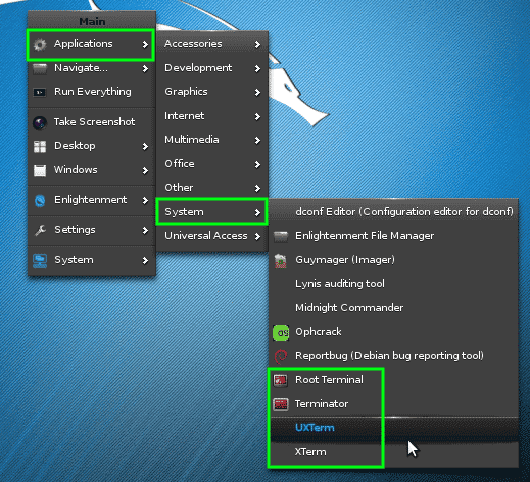 All shell programs work for purposes of the Nmap. After the successful launching of the terminal, Nmap fun can begin.

Finding live hosts on your network:

What is live on a particular network can be determined by a quick Nmap scan. It is a ‘Simple List’ scan.

Unfortunately, no live hosts were returned by using this initial scan.

Find and Ping All Live Hosts on My Network:

Fortunately, you do not have to worry, because using some tricks enabled by Nmap, we can find these machines. Trick mentioned will tell Nmap to ping all addresses in the 192.168.56.0/24 network.

So, Nmap has returned some potential hosts for scanning. 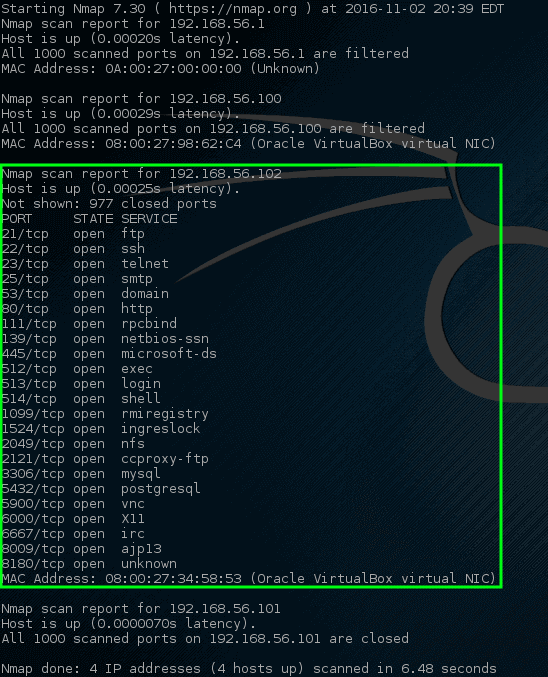 Some listening service on this specific machine is indicated by these ports. An IP address is assigned to metasploitable vulnerable machines; this is why there are open ports on this host. A lot of ports opened on most machines is abnormal. It would be wise to investigate the machine closely. The physical machine on the network can be tracked down by administrators.

It is a service scan performed via Nmap, and its purpose is to check which services might be listening on a specific port. Nmap will investigate all open ports and will collect information from services running on each port. 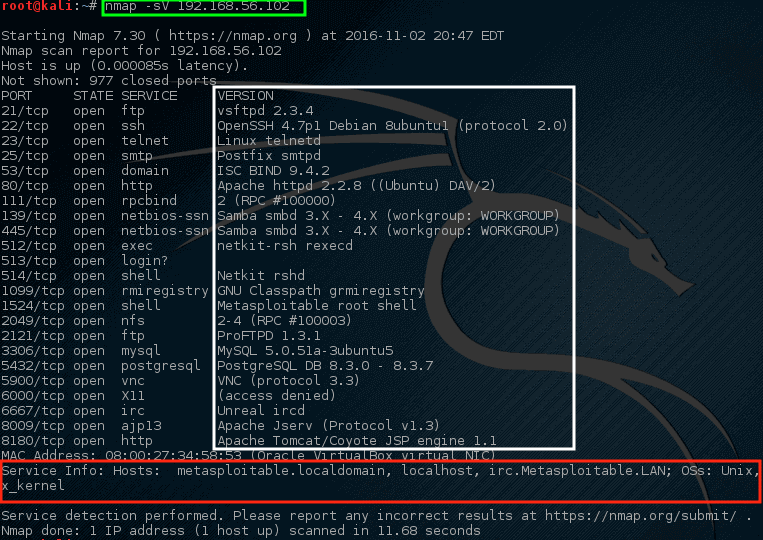 It works to obtain information about the hostname and the current operating system running on the target system. The “vsftpd” version 2.3.4 is running on this machine, which is a pretty old version of VSftpd, which is alarming for the administrator. For this particular version (ExploitDB ID – 17491), a serious vulnerability was found back in 2011.

To gather more information, let Nmap have a closer look.

The above command has found out that anonymous FTP sign-in is allowed on this specific server.

Check for Vulnerabilities on Hosts:

As the mentioned earlier version of VSftd is old and vulnerable, so it is quite concerning. Let us see if Nmap can check for the vulnerability of vsftpd.

It is notable that for the VSftpd backdoor problem, Nmap has NSE script, (Nmap Scripting Engine) is one of Nmap’s most useful and adaptable features. It allows users to write simple scripts to mechanize a broad range of networking tasks. Before running this script against the host, we should know how to use it.

It can be used to check if the machine is vulnerable or not.

Nmap has the quality to be quite and selective. In this manner, to scan a personally owned network can be tedious. A more aggressive scan can be done by using Nmap. It will give somewhat the same information, but the difference that lies is we can do it by using one command instead of using loads of them. Use the following command for aggressive scan: 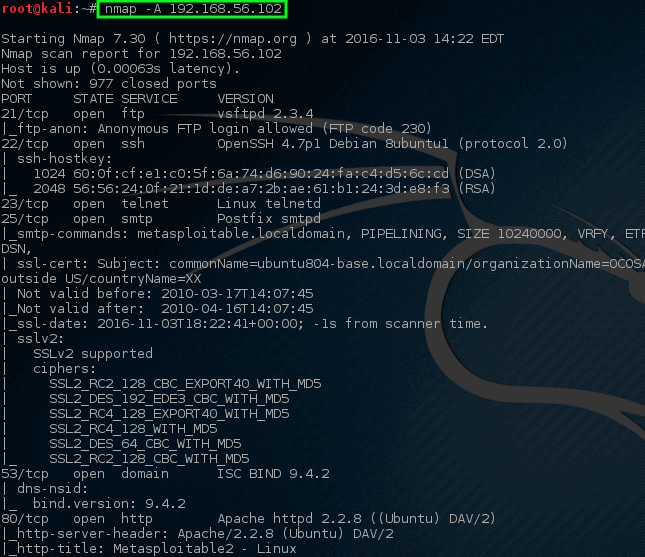 It is evident that using only one command, Nmap can return loads of information. Much of this information can be used to check what software may be on the network and to determine how to protect this machine.

Nmap is a versatile tool to be used in the hacking community. This article provides you with a brief description of Nmap and its function.