Cryptocurrencies are becoming the norm, and Bitcoin has its place as the most popular and the first cryptocurrency. Bitcoin has massive volatility, and the best part is that you can manage your Bitcoins from your Bitcoin wallet where you can easily buy and sell to anyone anonymously. Bitcoin works on nodes connected to the blockchain to verify each transaction to the digital ledger.

You can validate your blockchain and wallet using Bitcoin Core which offers “full-node” software to aid with that. This guide covers what Bitcoin Core is and how to install it in Ubuntu 22.04.

Working with Bitcoin Core in Ubuntu 22.04

Bitcoin came into light in 2009, courtesy of Satoshi Nakamoto. It is a decentralized digital currency whose transactions occur through a public ledger. Bitcoins work on blockchain, a digital record and nodes in this peer-to-peer network follow given rules. These nodes require software like Bitcoin Core to achieve the same ruleset to participate in the network.

Besides, with Bitcoin Core, there is an open-source code project that anyone can view and propose changes to the code. That way, you can use Bitcoin Core to verify the integrity of the transactions and manage your Bitcoin wallet. With Bitcoin Core, you get to manage your bitcoins including their security, instead of relying on companies that offer Bitcoin Wallets.

A bitcoin wallet is where you store your bitcoins. Various companies allow you to create a wallet with them where they manage your bitcoins. When you choose to create your wallet instead of using third-party platforms, that’s where you must use the Bitcoin Core for validation of each block and transaction in the blockchain.

How to Install Bitcoin Core in Ubuntu 22.04

Now that you understand about the Bitcoin Core, let’s see how to install it in Ubuntu 22.04. The good news is that you can install it in various ways. You can use the terminal and install it as a snap package or directly install it from the Ubuntu Software. Let’s get into the details.

Installing Bitcoin Core in Ubuntu is the easiest if you use the terminal.

Next, install the snapd on your system using the following command:

Once updated, use the following command to install the Bitcoin Core in Ubuntu 22.04:

You can verify that you have the Bitcoin Core installed by checking its version:

With this installation method, when you no longer need to have the Bitcoin Core, you can use the following command to uninstall it:

Bitcoin Core is also available in the Ubuntu Software, a graphical way of installing it for those uncomfortable with the terminal.

Open your applications and search for the Ubuntu Software.

Authenticate the action and let the process go to completion 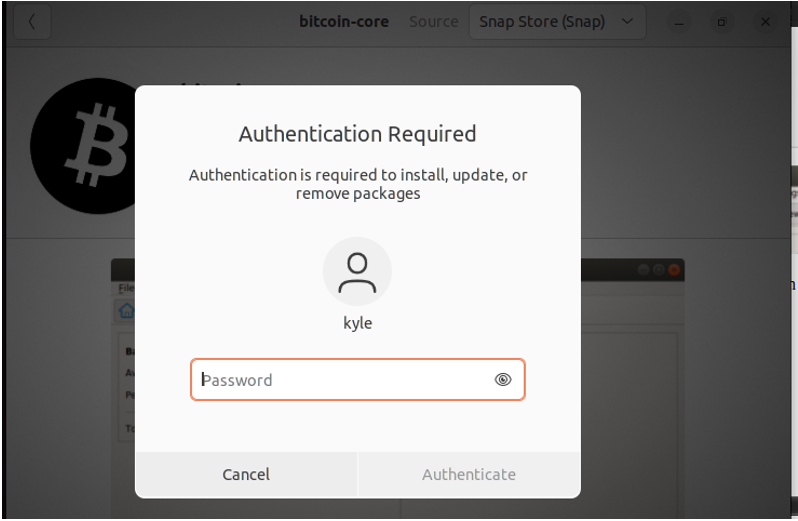 The installation starts and completed at 100%.

Once installed, you can find the application by searching for it in your apps.

Next, proceed to set it up. 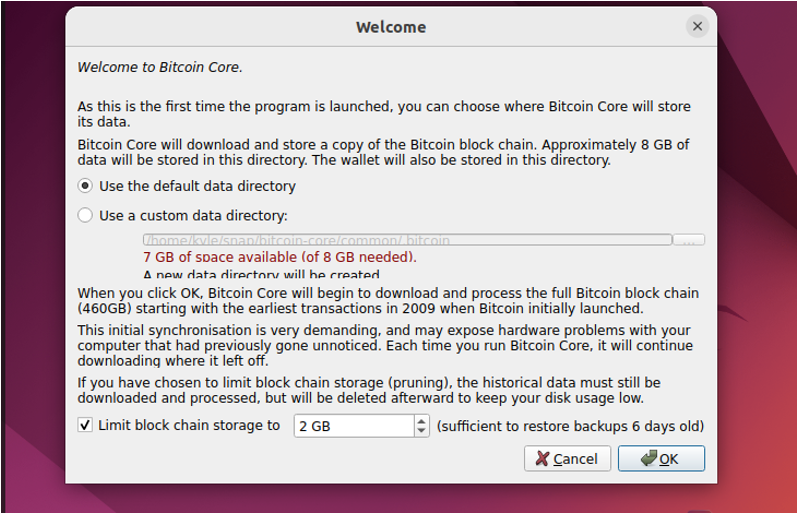 Bitcoin Core will start to sync. You can hide the window and access the main window. 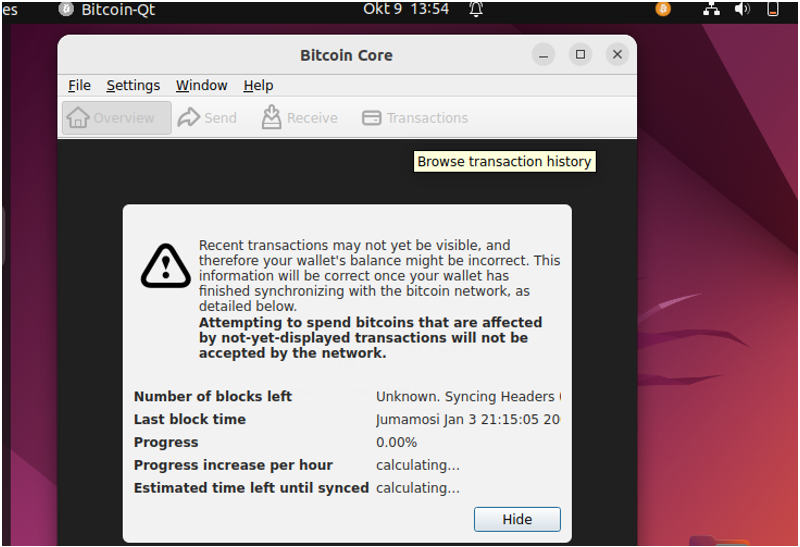 The following is the main window. You can start to create your new wallet. 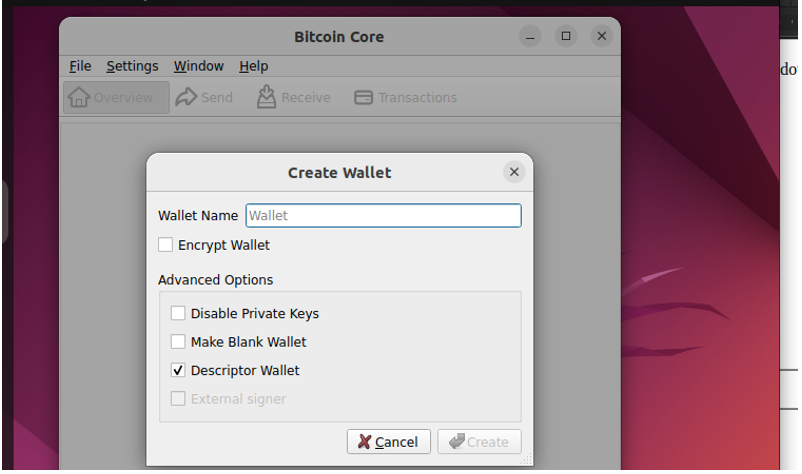 You can tweak the settings and configure your preferences. That’s how you install the Bitcoin Core in Ubuntu 22.04 in two simple ways.