Penetration testers and Black Hat hackers value discretion and anonymity above all else. A distribution such as Kali Linux, a tool preferred by is Security Researchers and Penetration testers, may not provide these all the time, especially in public locations where running code and having multiple terminals open can easily call unnecessary attention to yourself.

The undercover mode in Kali Linux is a collection of scripts that allow you to simulate a Windows 10 environment on Kali Linux. It converts the entire interface into a Windows 10 equivalent, limiting the attention you would attract if you were running XFCE with various terminals running and the Kali dragon in the background.

To enable and use Kali Linux undercover mode, you will need to have Kali Linux 2019.4 or later.

Start by upgrading your distribution using the commands:

You may also need to use XFCE Desktop Environment

To run undercover mode, open the terminal and enter the command:

If you prefer to use GUI, launch the application menu and search for Kali Linux Undercover. 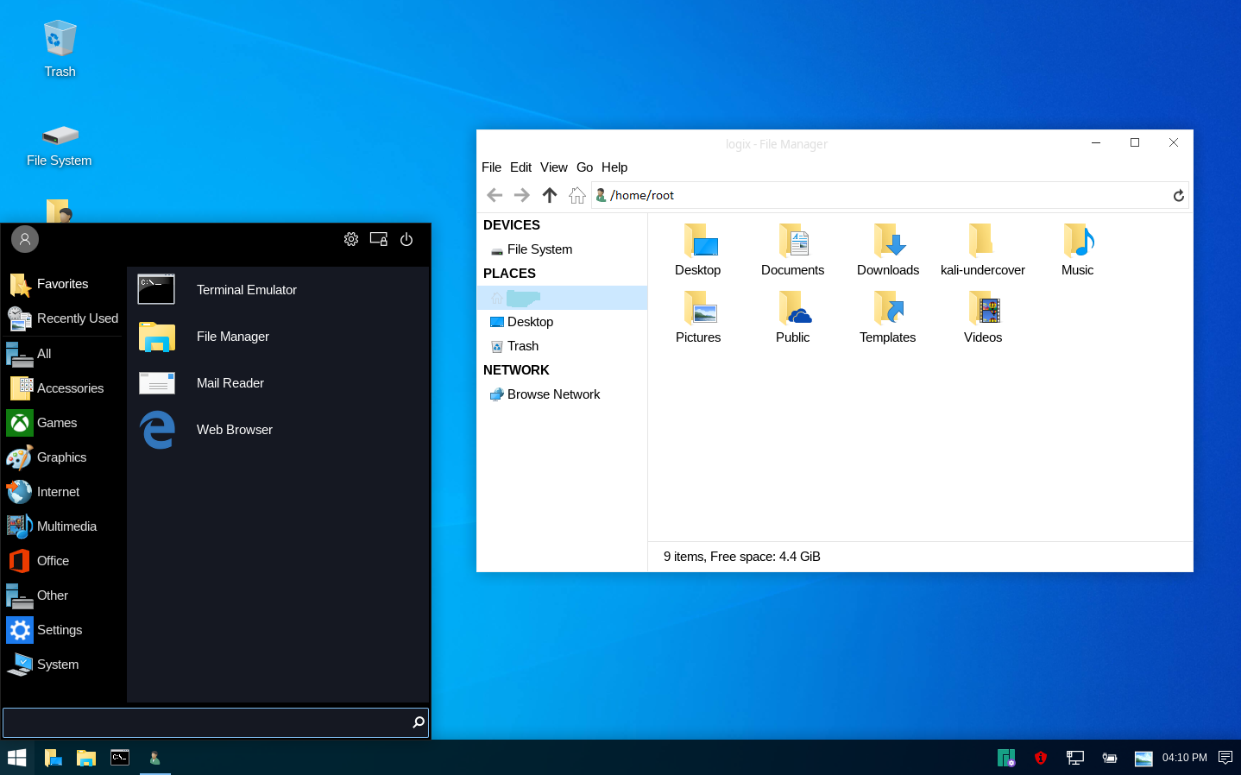 To return to the default mode, enter the command: