Pop!_OS is a recent Linux distribution from system76, one of the hardware vendors that exclusively provides systems pre-installed and pre-configured with Linux. Based on Ubuntu, Pop!_OS provides all the good stuff that comes with Ubuntu, with some additional bells and whistles. Pop!_OS’s adaptation of Ubuntu sounds similar to Linux Mint, with few key differences. Linux Mint ships with its own desktop shell and is based on LTS releases of Ubuntu only while Pop!_OS has released new builds for every Ubuntu version so far.

This article will list various differences between Pop!_OS and Ubuntu.

Pop!_OS feels closer to stock GNOME than Ubuntu, mainly because it doesn’t ship with a dock that is accessible on desktop by default for easier window management. Like stock GNOME, you have to go to activities or overview mode to access the dock.

Pop!_OS ships with a completely different look with new icons, GTK3 and GNOME shell theme. Ubuntu’s orange and aubergine color combination has been ditched for a brown and turquoise color palette. Ubuntu font has been replaced by Fira Sans.

Pop!_OS comes with a lightweight installer with minimal UI elements. By default it only offers options to select language, keyboard input methods, create custom partitions via GParted app and install the OS on a hard drive. New user creation and other first time options are available after a user boots the OS for the first time. This seems very similar to what Windows does.

Ubuntu on the other hand, allows users to configure everything in the installer itself so that they can straight away start using the OS right from the first boot. Pop!_OS ships default installer with less options probably because many optional Ubuntu features are baked in the OS itself and also to reduce overall installation time.

Check out a brief screenshot tour of Pop!_OS installer: 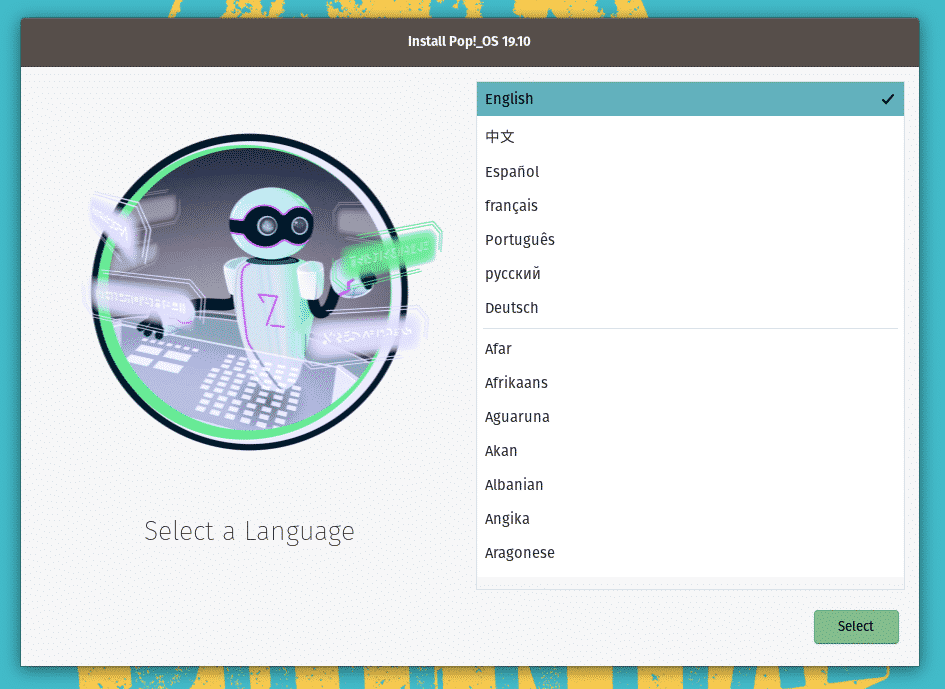 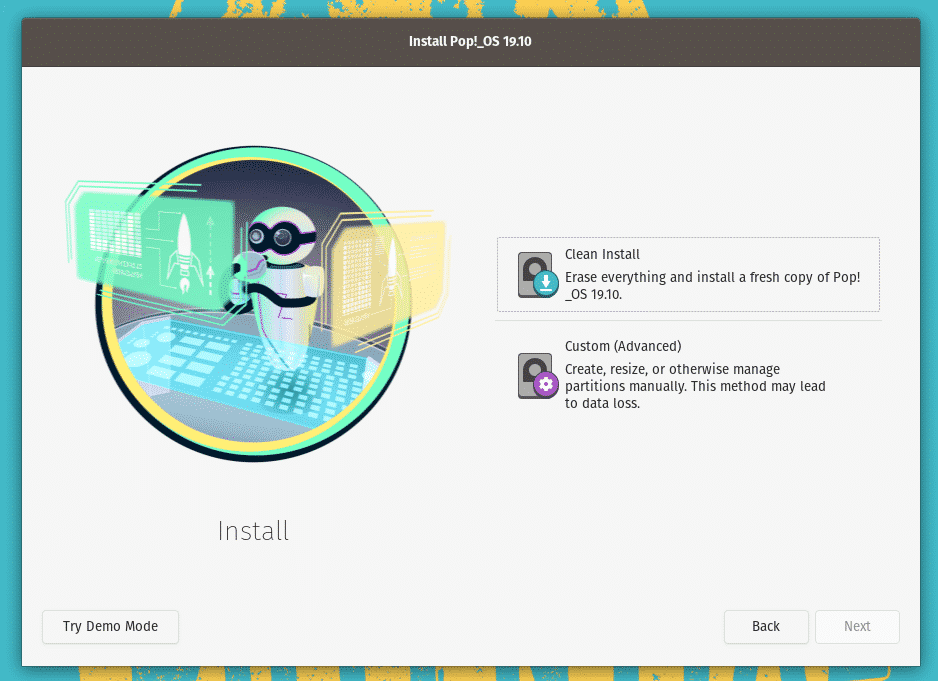 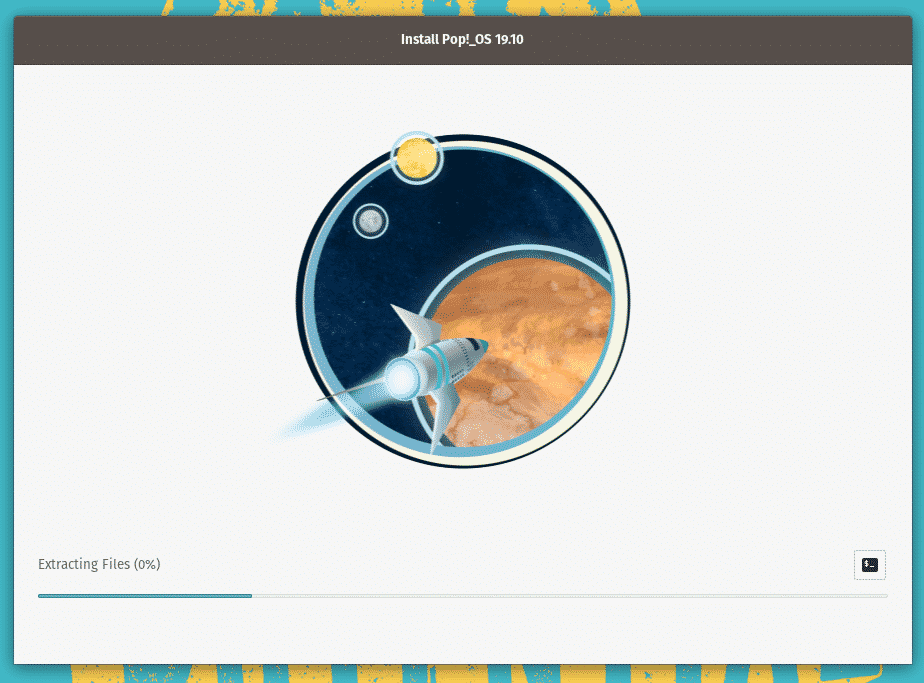 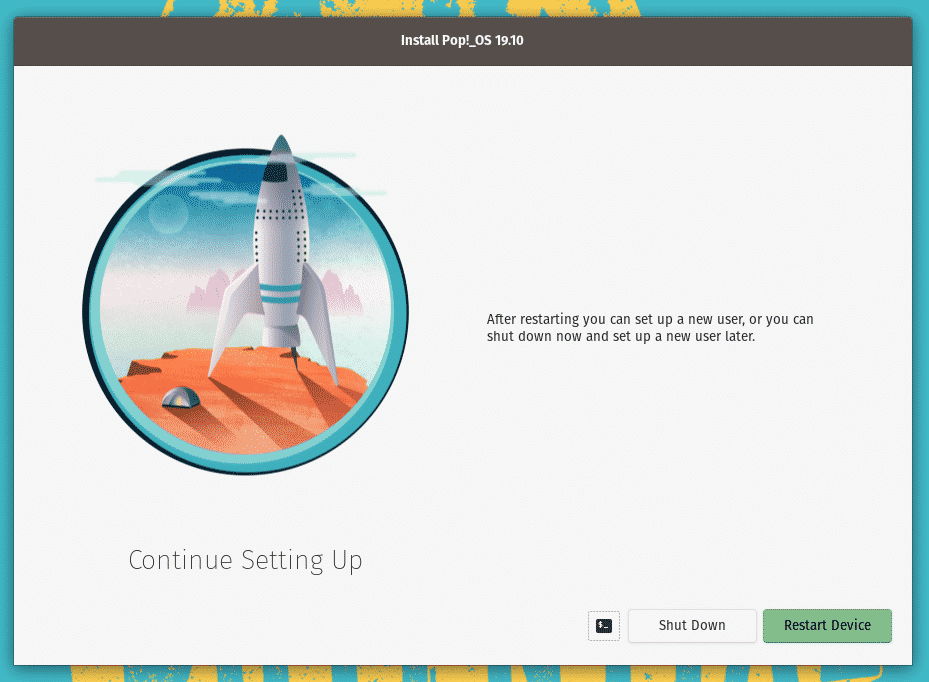 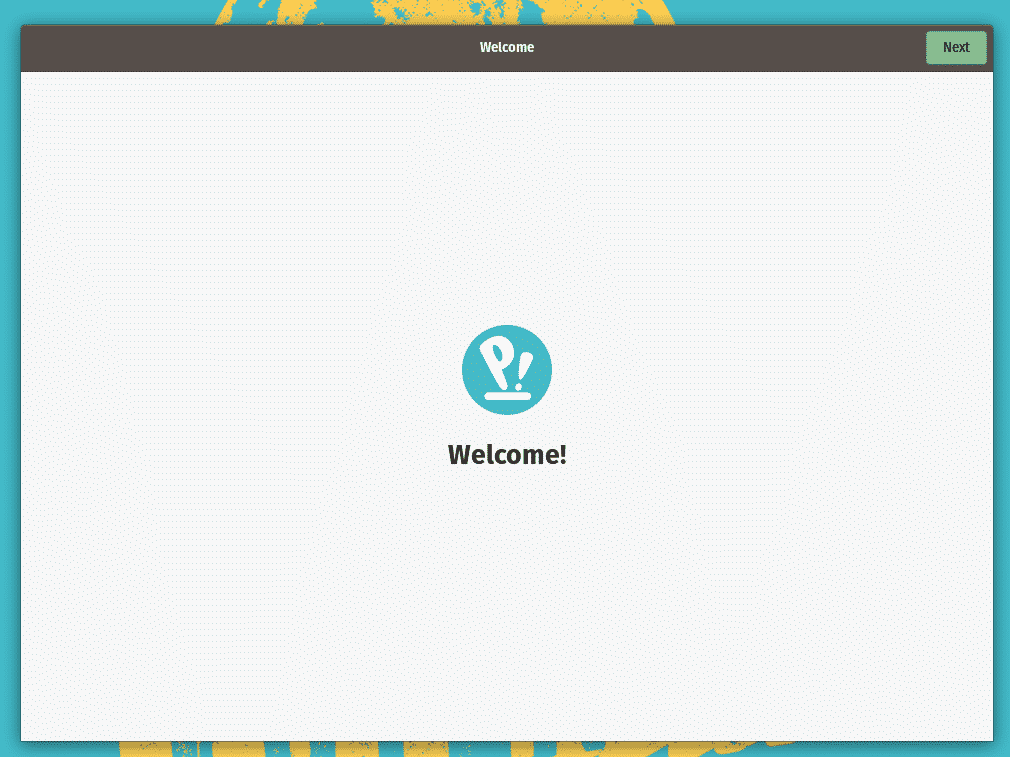 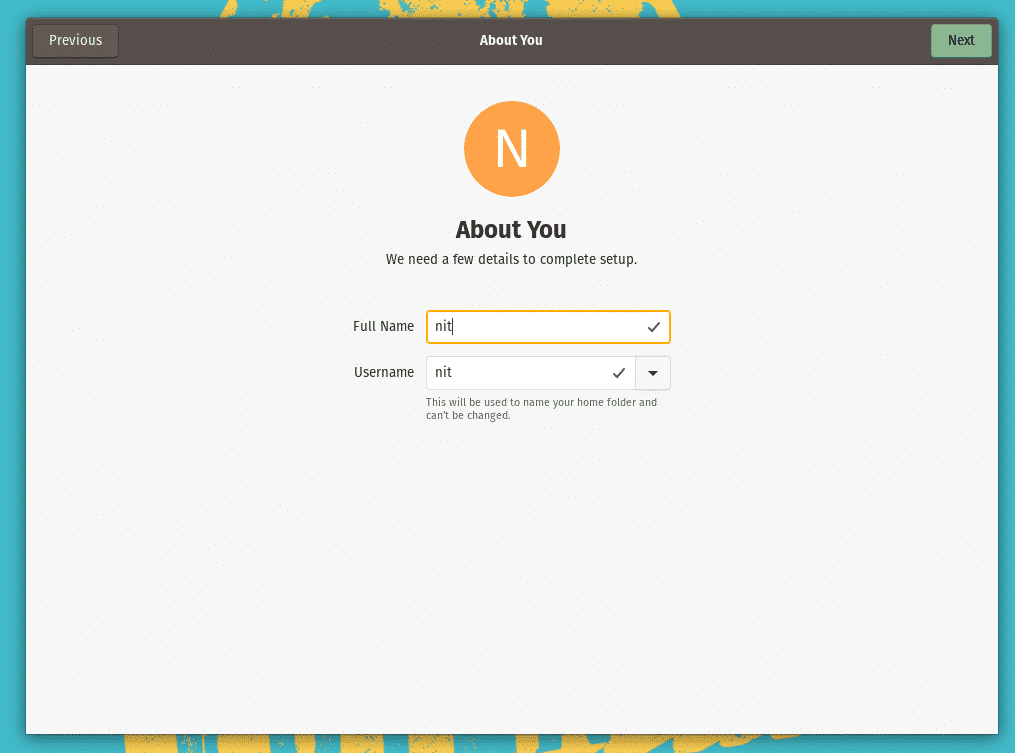 Encryption Out of the Box

Pop!_OS by default encrypts the installation partition for better security and privacy. You can opt out to avoid encryption as it can reduce read and write speeds of drive by a small amount. Note that encryption is available for clean installs only. If you are manually partitioning the drive by selecting custom installation option, encryption won’t be available. 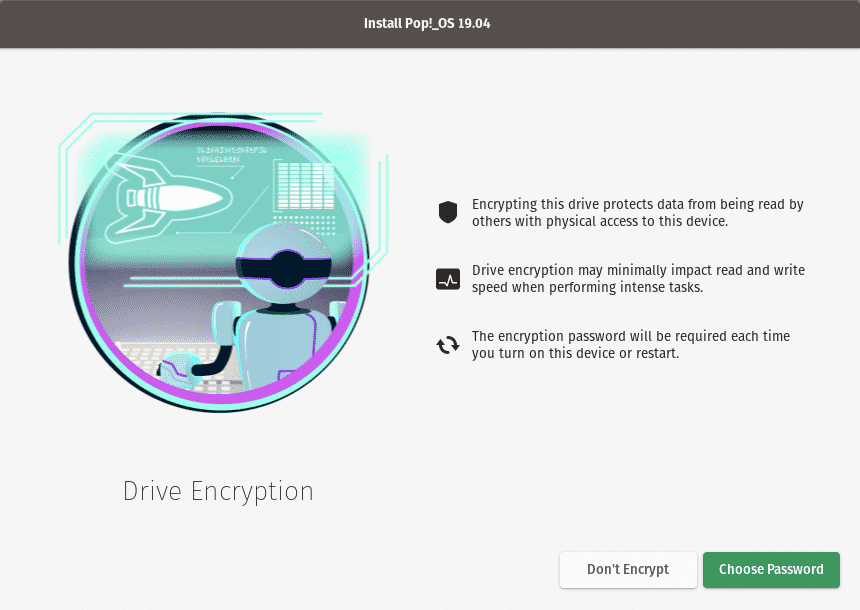 Pop!_OS provides an option to switch to dark theme in the system settings itself, unlike Ubuntu where you have to install GNOME Tweaks app to change themes. There used to be a slim theme option in Pop!_OS as well, but it seems to have been removed in the latest version. 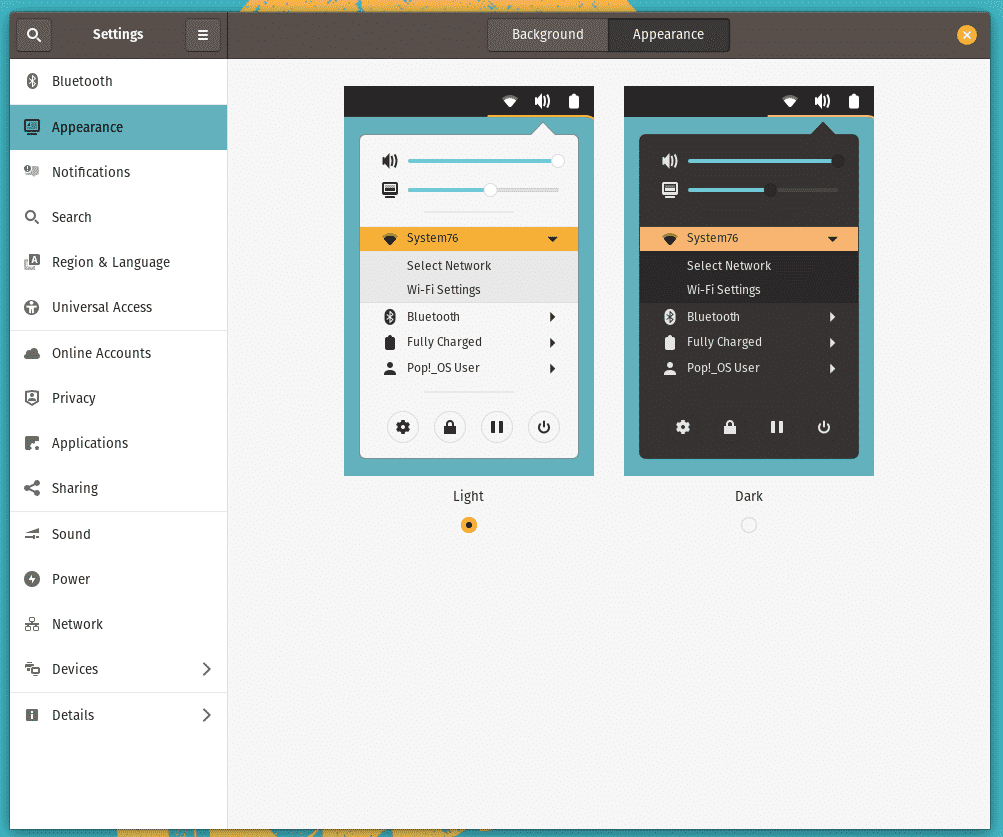 Pop!_OS comes with necessary Vulkan libraries installed by default, unlike Ubuntu where you have to install “mesa-vulkan-drivers” package to enable Vulkan renderer. Since a lot of Linux games and Steam’s Proton are using Vulkan these days, Pop!_OS provides better out of the experience for Linux gamers.

Pop!_Shop is a minimal and lightweight app store shipped by default in Pop!_OS. Based on the AppCenter of elementary OS, Pop!_Shop only provides a handful of curated packages. Ubuntu on the other hand, has a full fledged app store available by default. You can install Ubuntu app store in Pop!_OS using a terminal command or from Synaptic package manager. 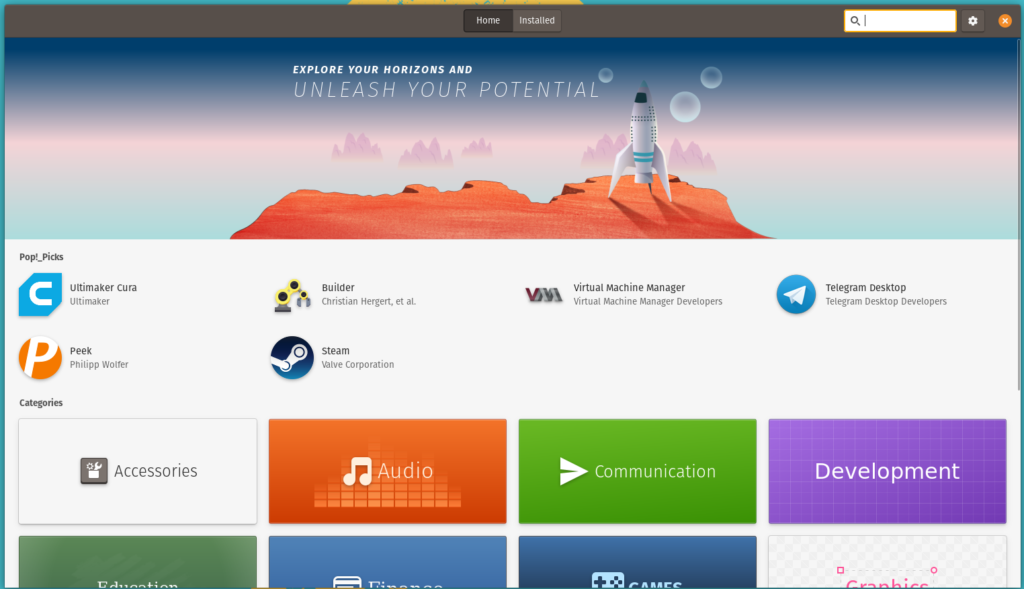 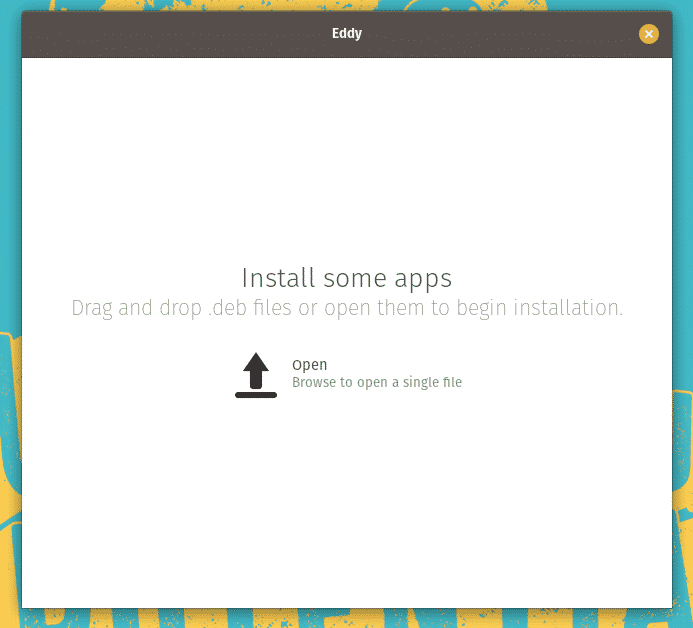 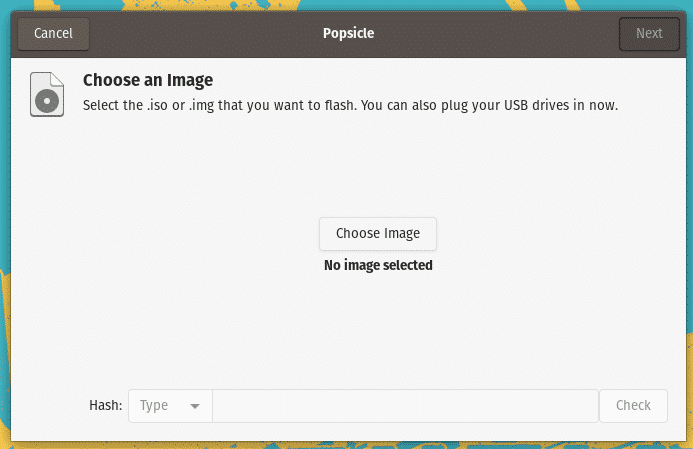 Pop!_OS ships with firmware manager that allows you to seamlessly upgrade to a newer firmware version. This functionality is available in Ubuntu in the “Ubuntu Software” app store, while Pop!_OS has integrated it in the system settings itself as Pop!_Shop doesn’t have support for updating firmware. 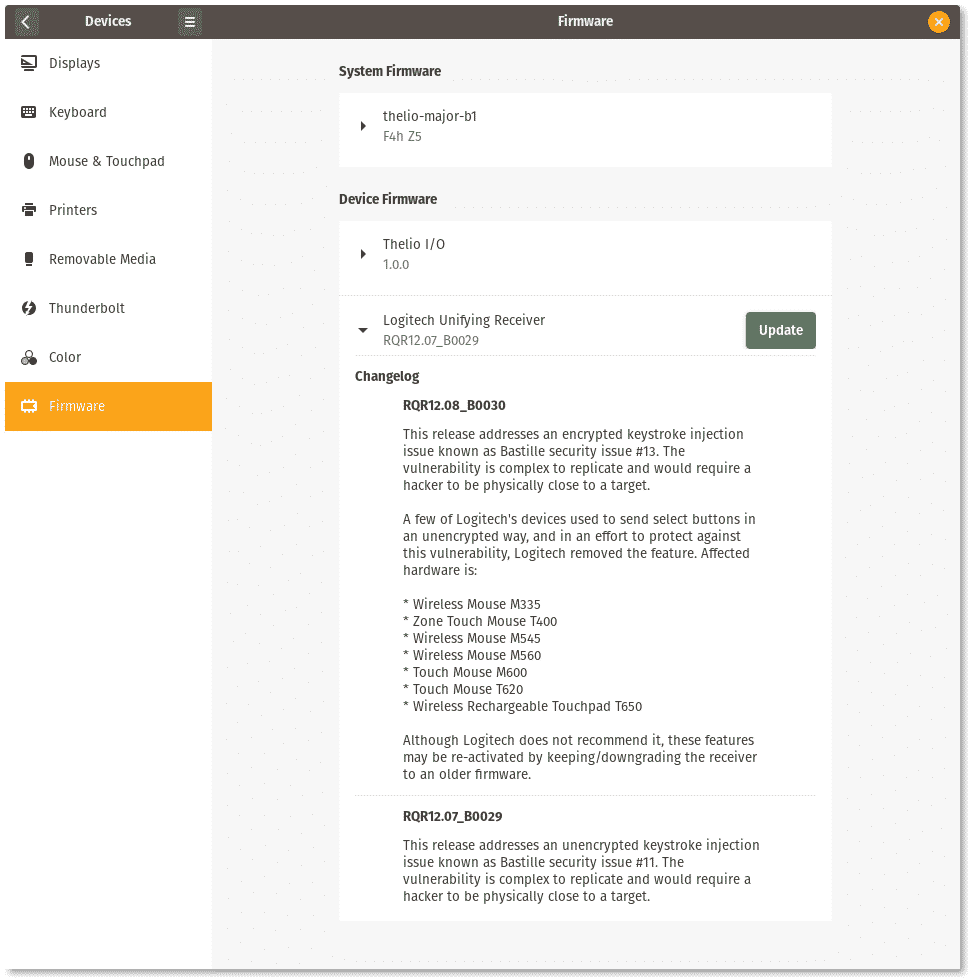 Do Not Disturb Mode

Pop!_OS ships with a “Do Not Disturb” toggle that mutes all notifications sounds and popups. Ubuntu doesn’t have equivalent functionality. 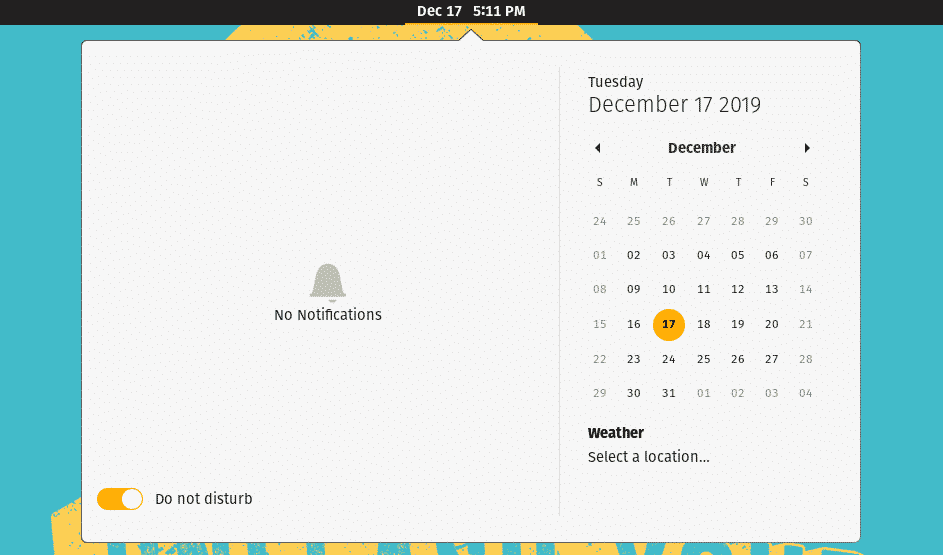 Other Differences with Ubuntu

Here is a brief list of other differences with Ubuntu:

Pop!_OS has added new features over stock Ubuntu and while they sound nice, honestly there is not much difference between these two. Some of the new functionality available in Pop!_OS can be easily implemented in Ubuntu by installing GNOME Tweaks app for example. If you are using a system76 PC that ships with Pop!_OS, stick to it if you enjoy using the OS. If you are using Ubuntu and looking to switch to Pop!_OS, I would suggest you to try Pop!_OS in live USB mode first to get a feel of the desktop.