Today, wireless networks are more common in open areas and major corporations, requiring security enhancements to govern authenticity and confidentiality. A wireless network enables participants to stay connected to the network while roaming without the need for wires. Because access points amplify Wi-Fi signals, a machine can be far away from a router and still be connected to the network. You connect to that institution’s wireless network when you link to a Wi-Fi hotspot in a cafe or other public venue. Radio Frequency (RF) technology operates wireless networks, a frequency related to radio wave transmission within the electromagnetic spectrum. Whenever an RF current is sent into an antenna, it creates an electromagnetic field that can travel over space. Most people are aware of the wireless icon sign on a laptop or phone that signifies a healthy wireless LAN connection, but few are acquainted with the antiquity of Wi-Fi technology. Surprisingly, Wi-Fi was created as a marketing term to promote and facilitate interoperability across various wireless LAN systems rather than the technology itself. Wi-Fi was never intended to be a shorter wireless communication version; it was simply a play on the phrase hi-fi (high fidelity), a nod to large audio technology. Because wireless networks transfer data over the air, data leakage is always a possibility. When compared to copper cable, wireless networks have a larger risk of data leakage and tampering. As a result, in wireless networks, increased concentrations of data encryption are a must. A Wireless network’s device capacity can be raised without the need for extra cabling. Additional copper wiring is necessary for cabled LAN networks to expand the number of workers. We can run Kali Linux wirelessly after we adjust our wireless network. We can have all of the freedoms of a typical PC in a legitimate, ethical penetration test because we don’t need an Ethernet wire.

Method to connect Kali Linux to the wireless network

The goal of this tutorial is to illustrate how to allow and stop Wi-Fi on Kali Linux. This can be done through a GUI or the command line, and we will teach you how to accomplish both in this tutorial.

This will come in handy if you are having problems accessing a wireless router or intend to use Aircrack-ng to do some WiFi monitoring and cracking.

The first method is related to the implementation of the Kali Linux terminal. Start a terminal and type the IP an instruction to see your WiFi adapter’s label and connection facts and supposing you are already linked to a WiFi network.

Type the following attached command to reboot the device and activate WiFi. We also run the “IP a” command subsequently to see if the link is up or down.

Run the below-mentioned instruction on the terminal of Kali Linux.

As soon as the execution of the above-listed command ends, a graphical user interface will appear on your kali Linux window which shows these three options: 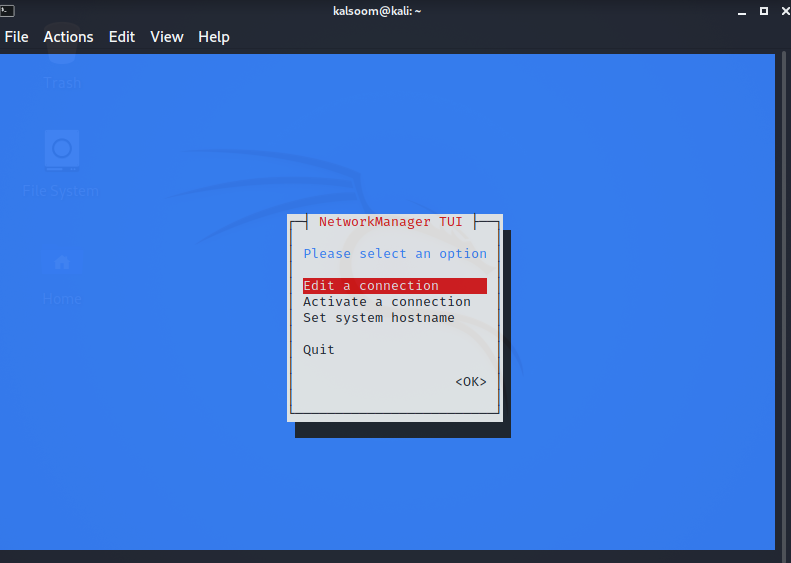 As soon as you select the “Activate a connection” option, you will view another screen. From here, you can build a wireless network. 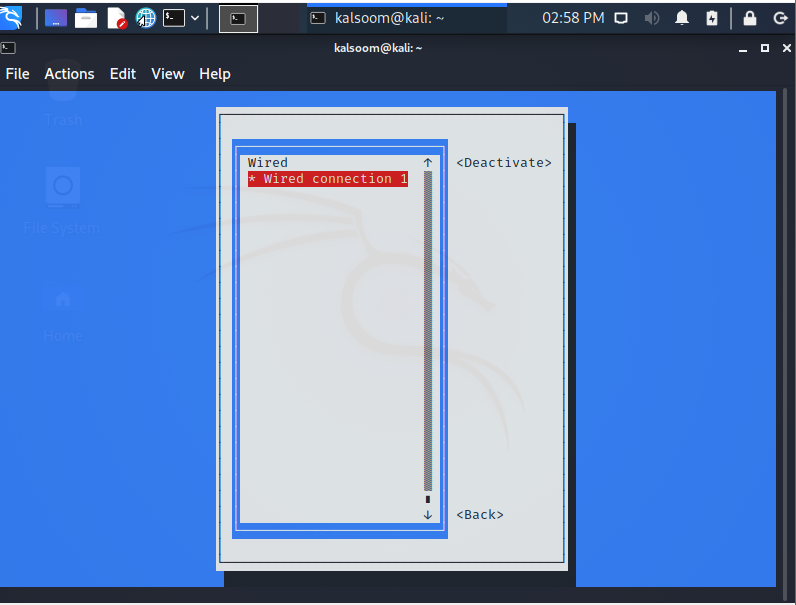 This tutorial taught us how to permit and restrict Wi-Fi in Kali Linux using the GUI and command line. When your computer does not connect to a Wi-Fi network or doesn’t have access to the internet, use this as a troubleshooting option. I hope you find this article simple to follow on your Kali Linux system.