Generally, Most Linux distros ask their users to use lower user privileges while using the Operating System. That is a great advice for Operating System’s security, because this non-Root (Non-Administrative) environment maintains an extra layer of security between the normal user and the Operating System. This user environment is useful where multiple users and separate privileges in a system are required. Also this non-root environment is good for security because a software crash running with user privileges won’t blow up the whole operating system or a new software vulnerability won’t give entire Root access to the hacker.

Kali Linux is mainly used for Penetration testing and Security Auditing, where most of the tools need to be run with administrative (Root) privileges by a single user so to avoid running every tool with “sudo” every time, it’s better to have default Root environment . Also it’s unlikely that a Kali’s system is used by multiple users and hence by default Kali has a single user “root” with Administrative privileges. Also due to its default root privileged environment, Kali Linux isn’t recommended for absolute beginners.

This root environment limits many user applications to operate because many application like Google Chrome, TOR Browser, VLC Media Player only operate in sandboxed user environment for security reasons.

Perks of having a normal user account in Kali Linux

First of all register a normal user account using “adduser” command, it’ll ask you for password confirmation and other user details 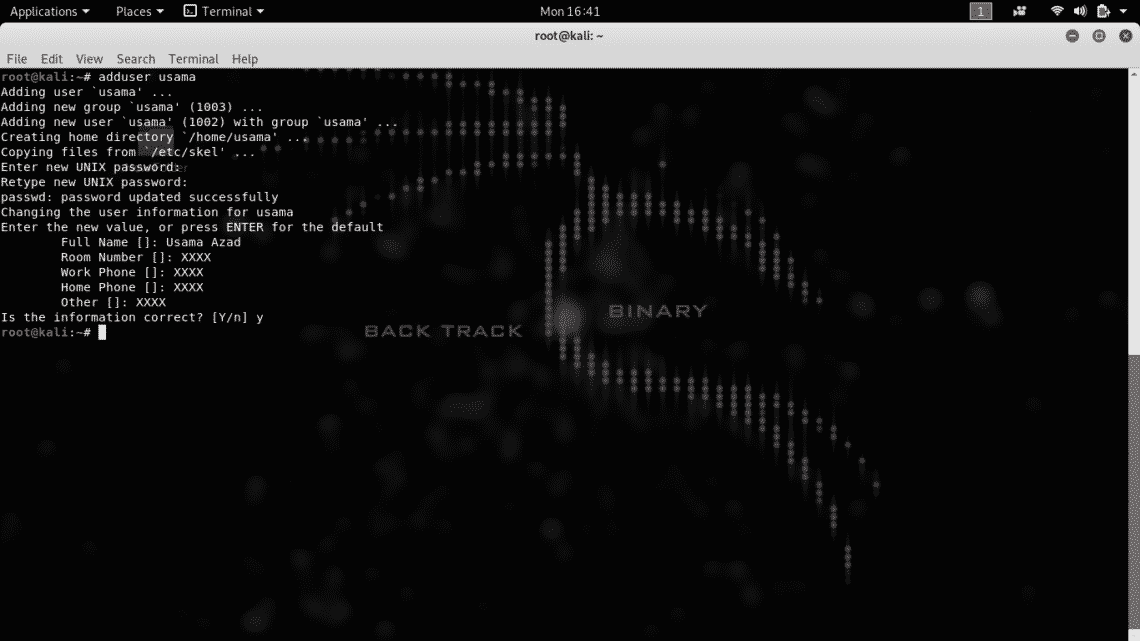 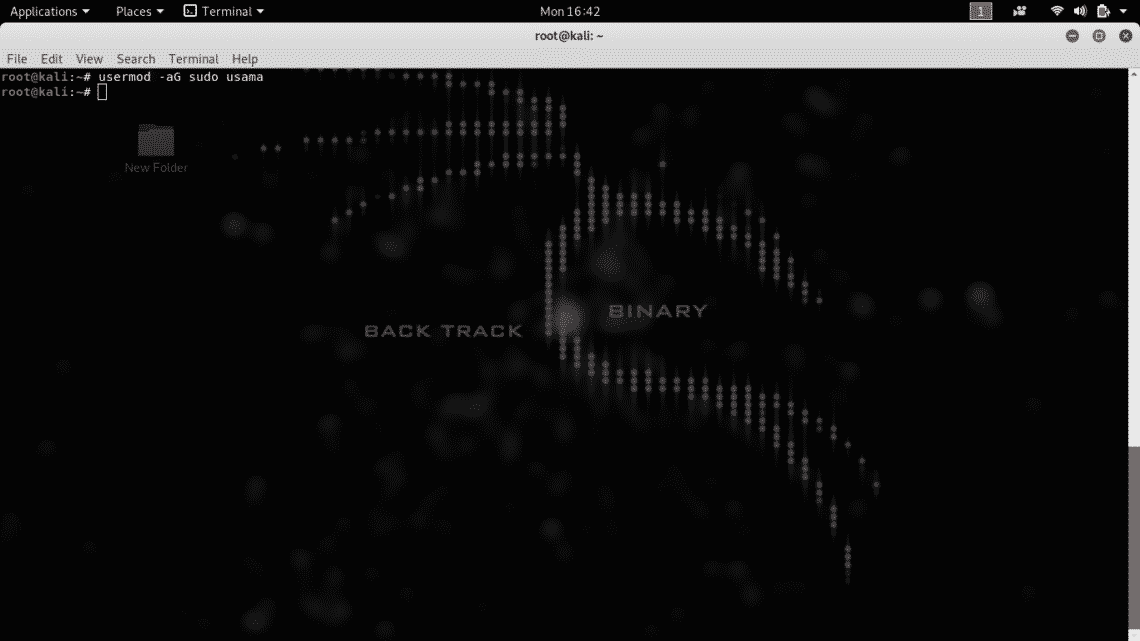 A normal user is created which can run root tasks by using “sudo” command. Now logout from your root user and login again with your newly created account. 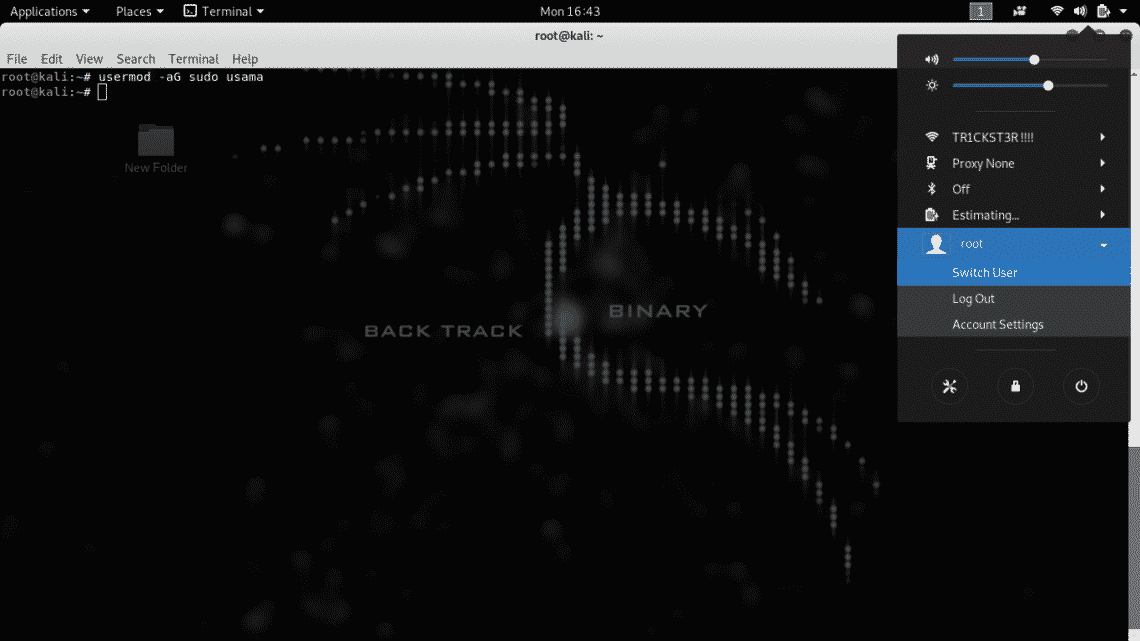 You can install Google Chrome in this non-root user. Go to Chrome’s official website and download the debian installer package “.deb” for Kali Linux and install it using package installer. 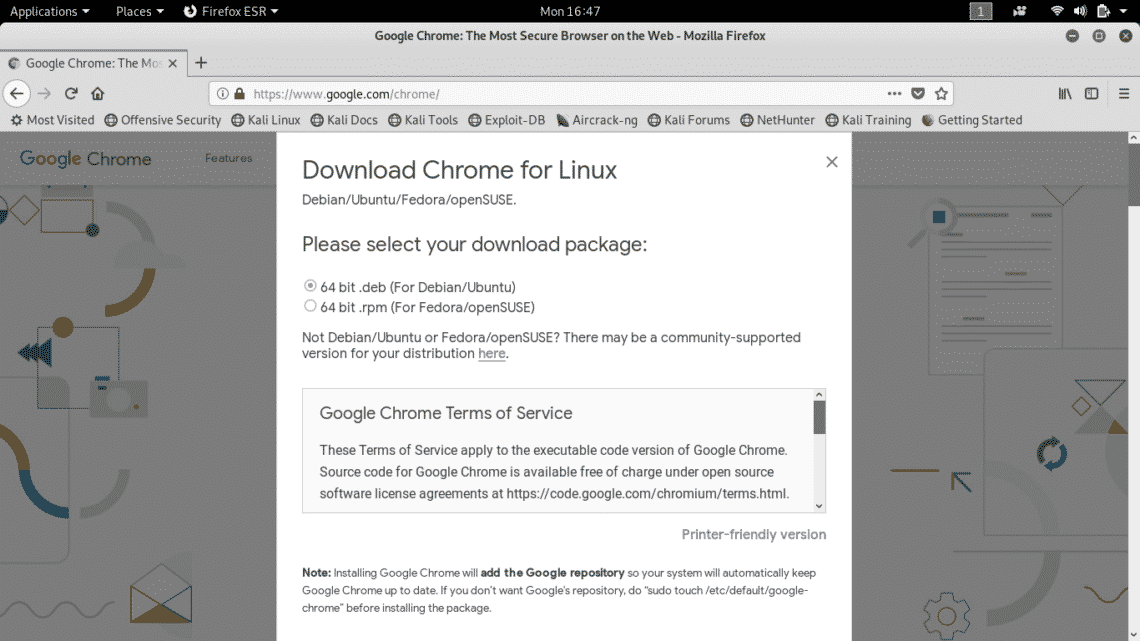 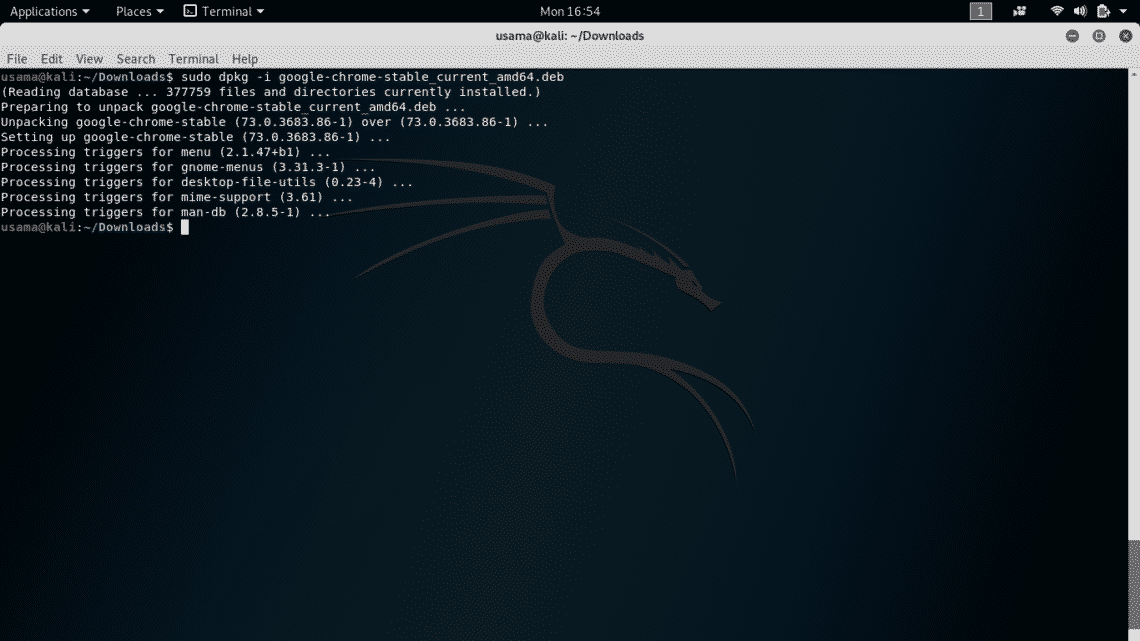 If you get any errors, please type the following

Now, you can run Google Chrome from the GNOME Menu 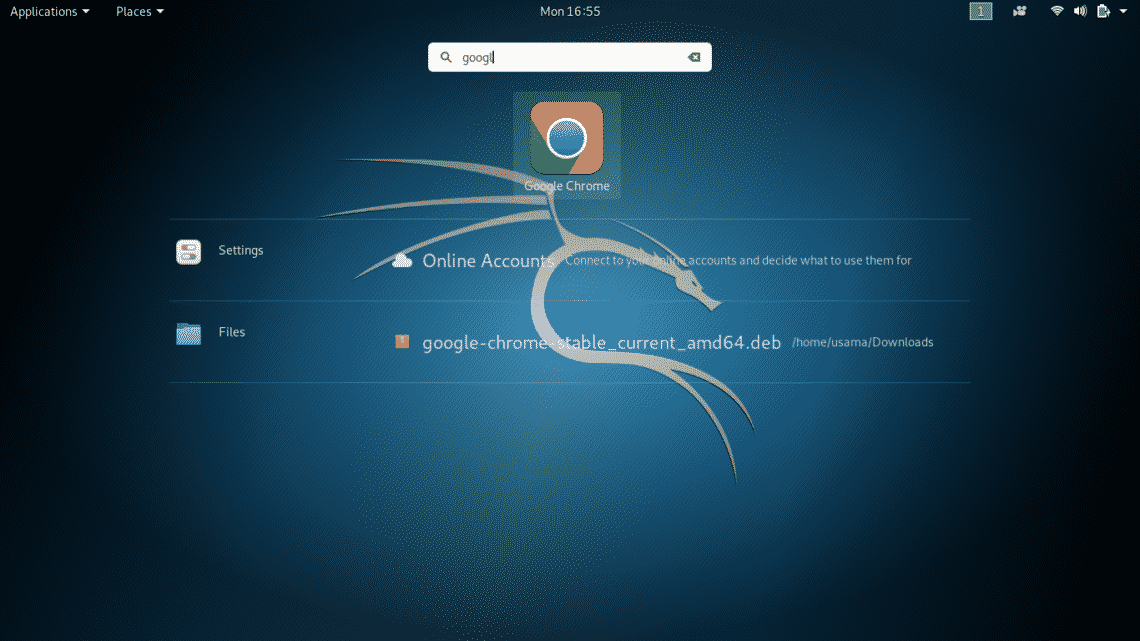 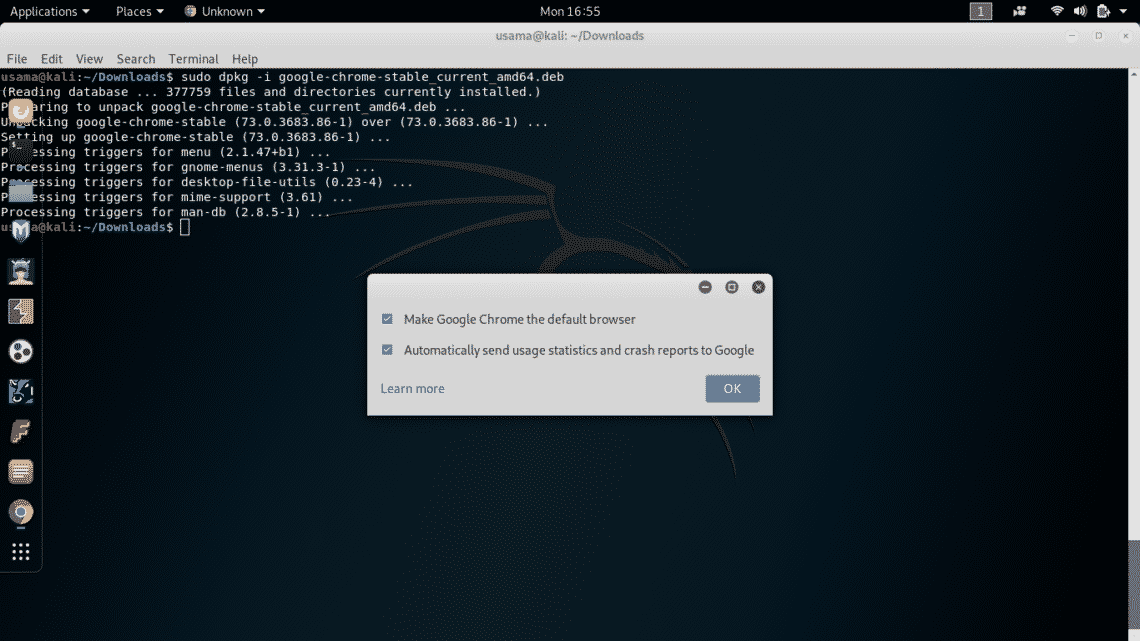 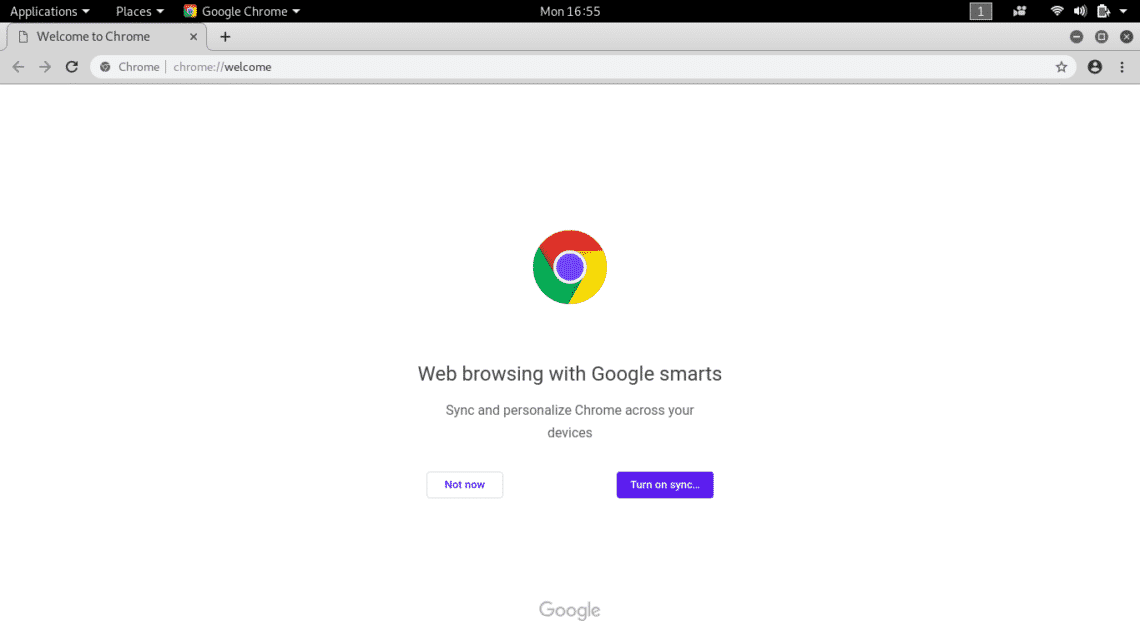 You can also install other softwares like VLC Media Player, TOR Browser by adding their repositories, using apt-get or by manually downloading their “.deb” and then installing it. For example, you can install VLC using apt-get with sudo. 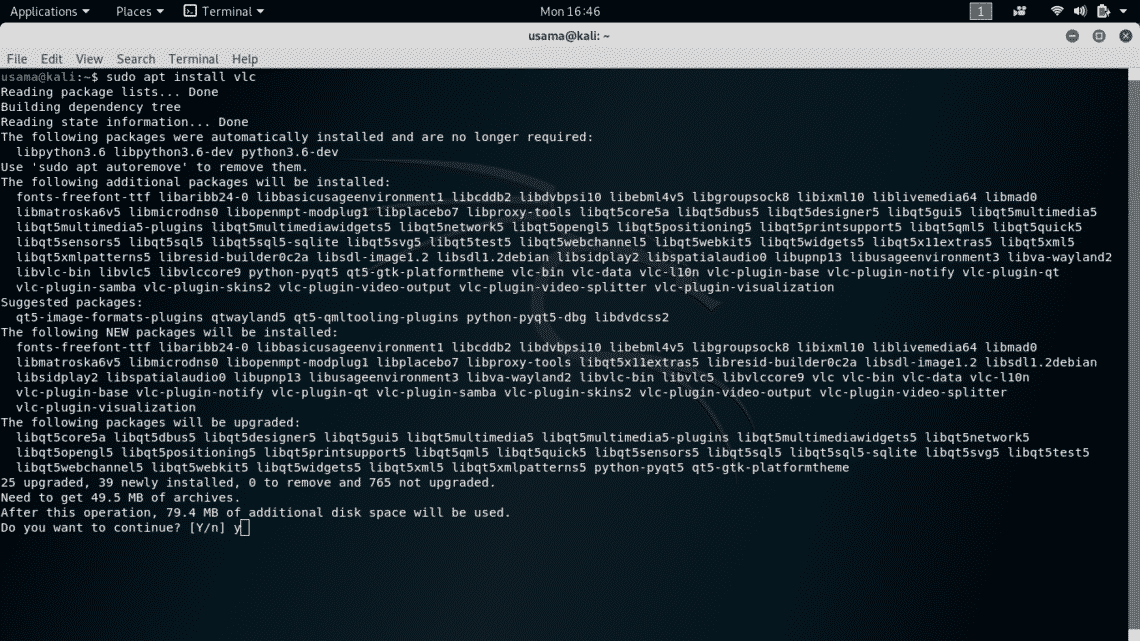 Because of user requirements, Kali comes with default Root environment and it’s intended for power user. But in some circumstances, one may need non-root environment. That you can do by adding a sudoer non-root user to the users list. There’s also an “Expert Mode” in Kali Linux’s installation menu where you can choose not to add default root mode.