In Nginx, keepalive is a directive that is utilized for keeping the connection open for a certain number of requests to the server or until the request timeout period has expired. According to Nginx developers, 10,000 idle connections would use only 2.5 MB of memory, proving that Nginx is exceptionally good at handling idle connections because of keepalive connections. It also has a great influence on the end-user perception of load time. You can also utilize the keepalive to optimize the load time of a website.

What are the benefits of keepalive in Nginx

Creating new TCP connections can consume a lot of resources such as memory and CPU usage. However, keeping your connection alive in Nginx can reduce this usage. That’s another reason why keepalive for HTTPS connections is highly recommended. Enabling the keepalive can assist you in improving the user experience and performance of your website. It permits the browser to load page content with a single TCP connection. Another benefit that I would like to mention here is that it also improves the web page speed due to its ability to deliver several files over the same connection, reducing latency and speeding up the loading of the web pages.

How to use keepalive in Nginx

Now, let’s check how we can utilize keepalive connection in Nginx. For this, open up the Nginx configuration file in your nano editor by writing out the below-given in the terminal: 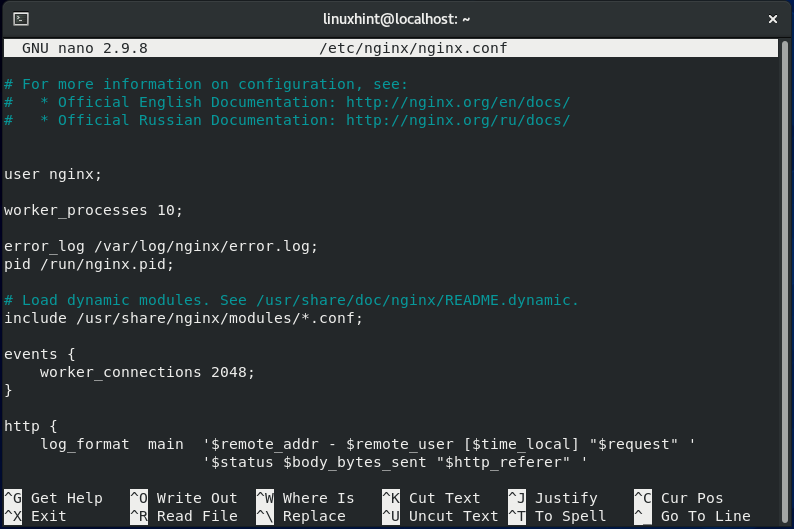 What is keepalive_timeout in Nginx

Context of keepalive_timeout in Nginx: server, http, and location

Now, in the Nginx configuration file, we are setting the keepalive_timeout value to 10 seconds:

What is keepalive_disable in Nginx

Context of keepalive_disable in Nginx: server, http, and location

Now, we will only disable the “msie6” browser to utilize the keepalive feature:

What is keepalive_requests in Nginx

Context of keepalive_requests in Nginx: server, http, and location

Now, we will set “100000” as a maximum number of requests that can be served over a single connection:

Add the below-given lines in your Nginx configuration file for setting the value for your upstream server:

To save any of the changes you have made in the Nginx configuration file, press “CTRL+O”: 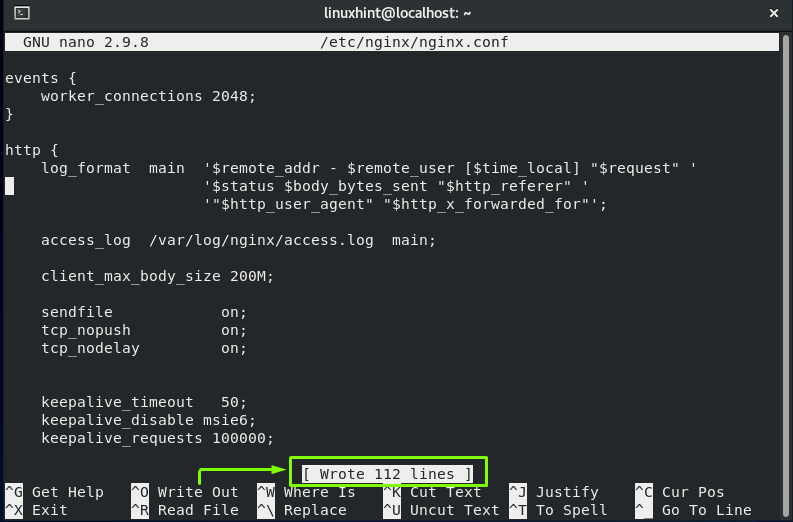 After that, restart the Nginx service on your system:

Nginx is an efficient HTTP load balancer that can be utilized in various deployment situations, and the feature that assists Nginx in performing this functionality is keepalive. Both upstream servers and clients support keepalive connections. In this post, you have learned about what is keepalive in Nginx. Moreover, we have also explained the keepalive_requests, keepalive_timeout, keepalive_disable directives and their usage in Nginx.