As a web server, Nginx permits you to define multiple server blocks in its configuration file. All of those servers operate as separate virtual web servers. As a result, an approach for determining which server will handle specific inbound requests is required. In the Nginx configuration file, the default_server flag is used for this purpose.

What is default_server in Nginx

Before using default_server in Nginx, you have to install Nginx on your system if you do not have it already!

How to install Nginx in CentOS

Firstly, open up your CentOS terminal by pressing “CTRL+ALT+T” and then write out the below-given command: 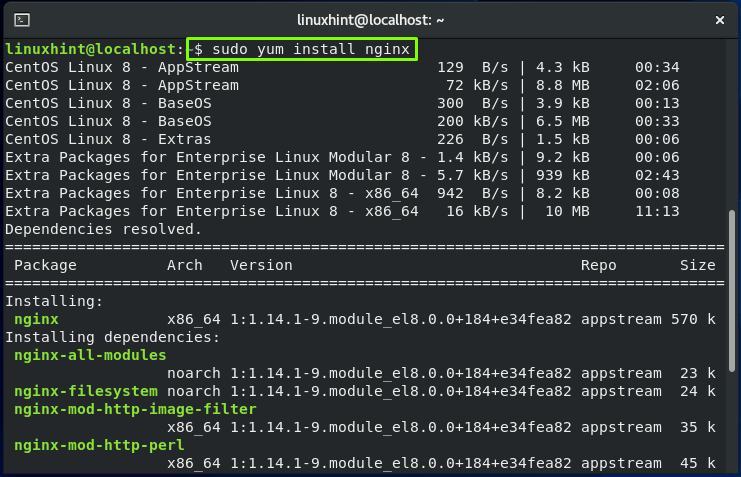 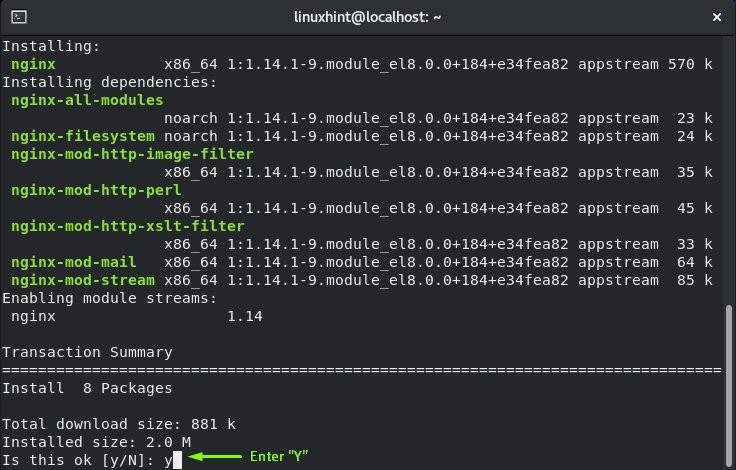 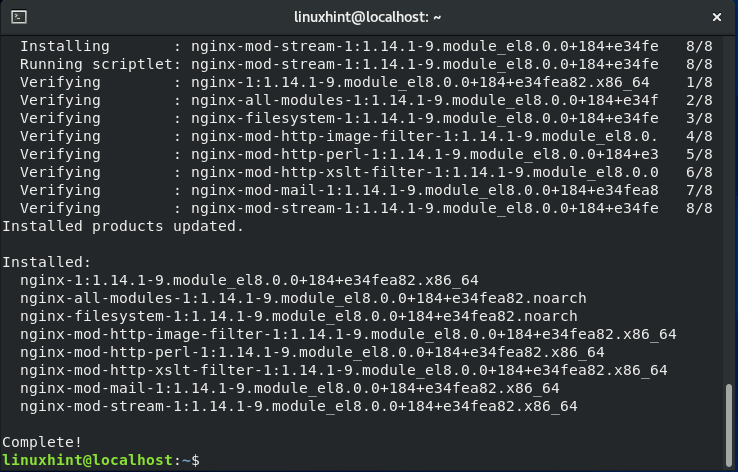 The error-free output declares that Nginx is successfully installed on your system.

How to enable Nginx in CentOS

Now, utilize the below-given command for enabling Nginx on the CentOS system:

After that, start the Nginx service:

How to set firewall rules for Nginx in CentOS

The next thing we are going to do is set the firewall settings to permit the external connections for the Nginx, running on port 80 by default. The firewall-cmd is the command that is utilized for managing permanent and runtime firewalld configuration.

For permanently enabling the HTTP connections on port 80, write out the below-given command in your CentOS terminal:

To verify if the HTTP firewall service was correctly added to the system, execute this command: 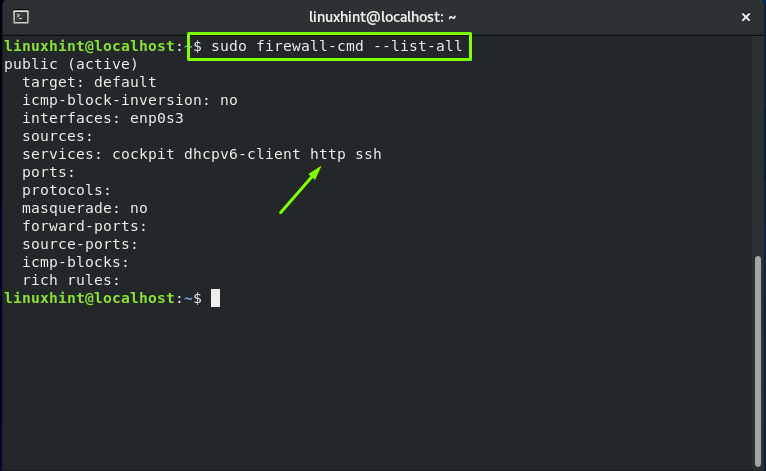 Now, you have to reload the firewall service:

How to set up servers in Nginx

If you want to set up a virtual server in Nginx, then in your nano editor, open the Nginx configuration file “/etc/nginx/nginx.conf”: 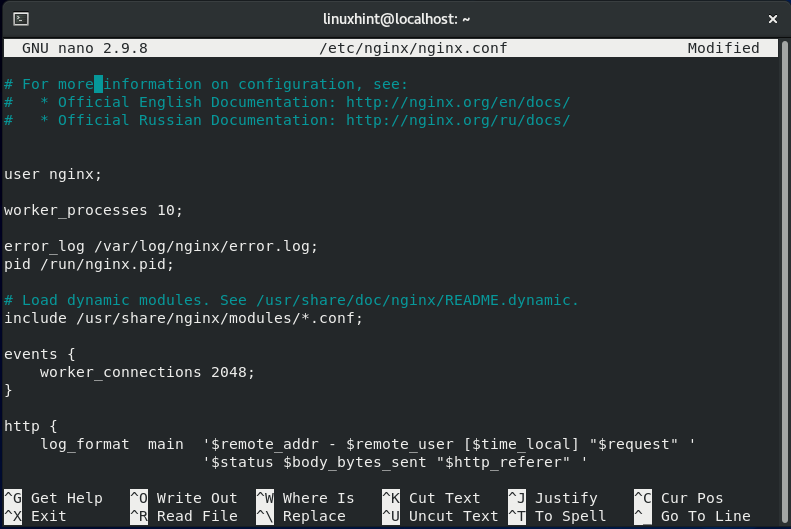 In the server block, you can configure all of the settings related to the particular server:

Multiple server directives are added to the http context for defining multiple virtual servers. The “listen” directive in the server configuration block is utilized for adding the IP address and port on which the server listens for the requests. IPv4 and IPv6 addresses are permitted and IPv6 addresses should be added inside of square brackets.

The configuration of a server listening on port 8080 and IP address 127.0.0.1 is shown in the example below:

How to set up a default server in Nginx

If you have not added the “default_server” parameter to any virtual server, the first server will be considered the default. However, you can explicitly specify a default_server as follows:

Nginx configuration will consider this server as its “default_server”:

You can also add another configuration parameter such as the name of the server and the directory which contains all of the configuration files:

Save the added lines in the “/etc/nginx/nginx.conf” file by pressing “CTRL+O”: 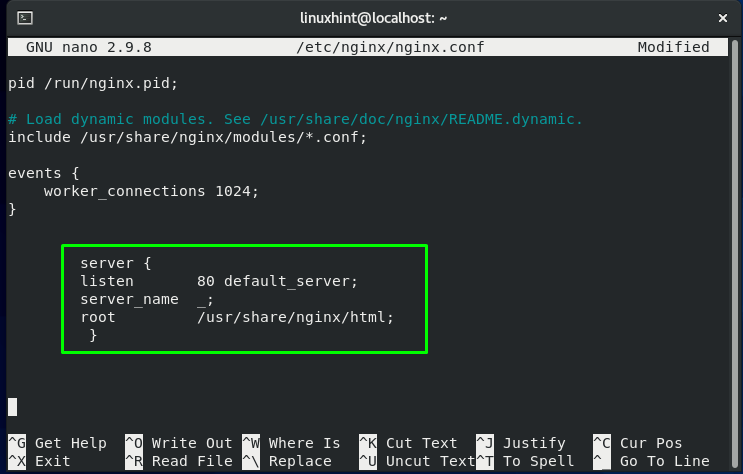 Now, test the Nginx configuration file and its syntax by executing the “nginx” command with the “-t” option:

After successful testing, restart the Nginx service so that your system will take effect from the added changes:

In the Nginx configuration file, the server block specifies a virtual server for handling specific types of requests. After setting up various server blocks, administrators choose blocks for the connection. This selection is based on the IP address, port, and domain name of the request. However, you can also specify a default_server to handle the incoming requests. In this post, we have explained default_server and how you set up virtual servers, including the default server in Nginx.