When installing new packages on any operating system, a common piece of advice is to update the system before installing any new packages. This is so that your system will be free of any potential software bugs that may occur due to outdated software. While using your computer system, you may also mess up some of the packages and dependencies. A package update is also required to fix such issues. This article shows you how to update all packages in your Oracle Linux 8 system.

Method for Updating all Packages in Oracle Linux 8

Before updating your system, it is always good to look for any available updates. You may skip this step and head straight to updating all the packages. However, this command can be useful if you do not actually want to update all the packages. By following this step, you will be able to list all the packages for which updates are available so that you can select only the specific packages from this list that you want to update. In the Bonus Tip section of this article, we will also show you how to update only a single package in Oracle Linux 8.

To check for all available updates in your Oracle Linux 8 system, issue the following command:

After running the above command, wait a few seconds, and then you will see a list of all packages installed in your system for which updates are available, as shown in the image below: 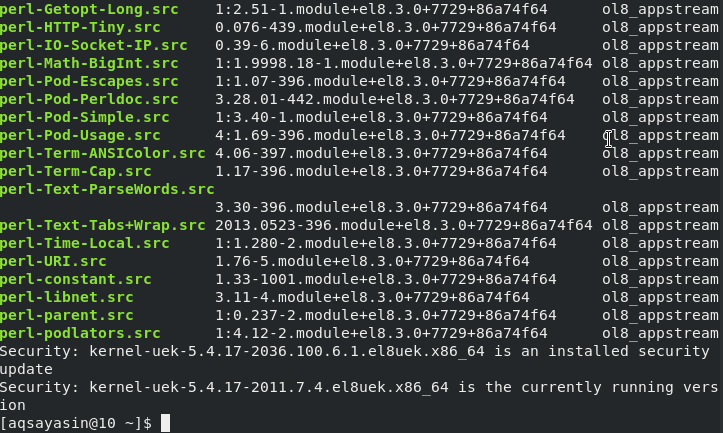 Once you have checked for all available updates, if you still wish to update all the installed packages in your system, run the following command to do so:

Using the update command without any options, flags, or parameters will update all packages that are installed in your Oracle Linux 8 system.

When you execute the update command, since you used the sudo keyword with this command, you will be prompted to enter the system password, as shown below:

After you provide the system password and press the Enter key, the following message will appear in your terminal, after which the update process will begin.

Step 4: Give Confirmation to Update Packages

During the update process, the update command will run a quick scan that will list all the packages installed in your Oracle Linux 8 system. The scan also provides a summary of the packages that will be upgraded and/or installed after running this command. You will be asked to provide confirmation to update all the packages in your system, as highlighted in the following image. You can provide confirmation by typing “y” in your terminal. 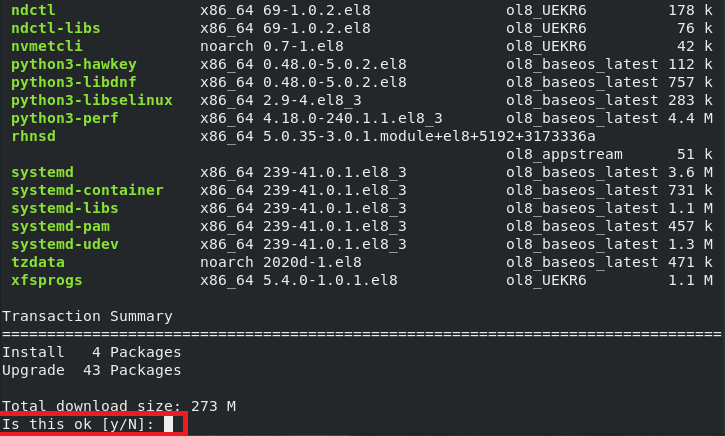 After you provide this confirmation, the “Downloading Packages” message will appear in your terminal, indicating that the package update is in progress, This message can be seen in the image below: 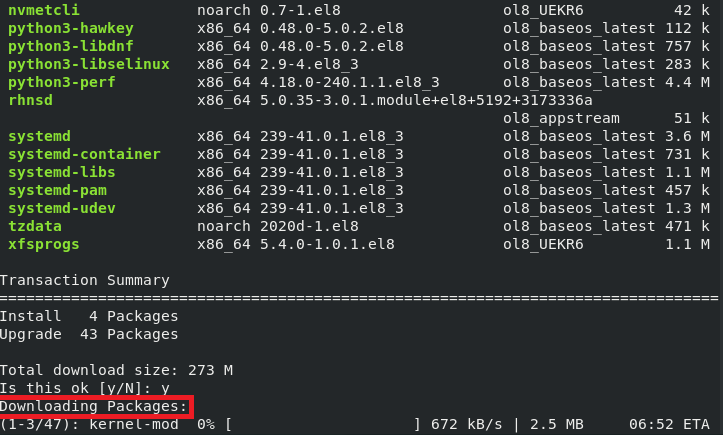 Finally, when your system has completed updating all the packages it contains, you will see the “Completed” message in your terminal, as highlighted in the following image. It took around 15 minutes for our system to update all the installed packages. This update time may vary according to the number and complexity of packages installed in your system. 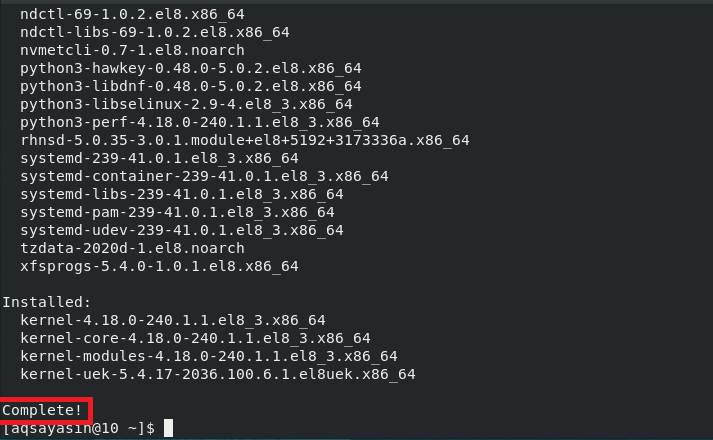 Here, replace the term “PackageName” with the name of the specific package that you wish to update. If running this command renders any error messages, then you can try it out with the “sudo” keyword. Running this command will update only the single specified package, as shown in the following image: