This article will cover a list of open source music streaming applications that can live-stream free radio channels available on the Web. Many of these applications come with channel presets and also allow users to add their own custom channels.

Radiotray-NG is inspired by an open source radio streaming application called “RadioTray”. Development of RadioTray has stagnated over the years, making the application bug ridden and crash prone. To overcome these shortcomings, a new application was created with almost the same name but with more features and installable packages for modern Linux distributions. Today Radiotray-NG has feature parity with classic RadioTray application and allows you to stream music through genre based radio stations. It also features improved groups, improved system tray support, improved desktop notifications and better parsing of metadata. 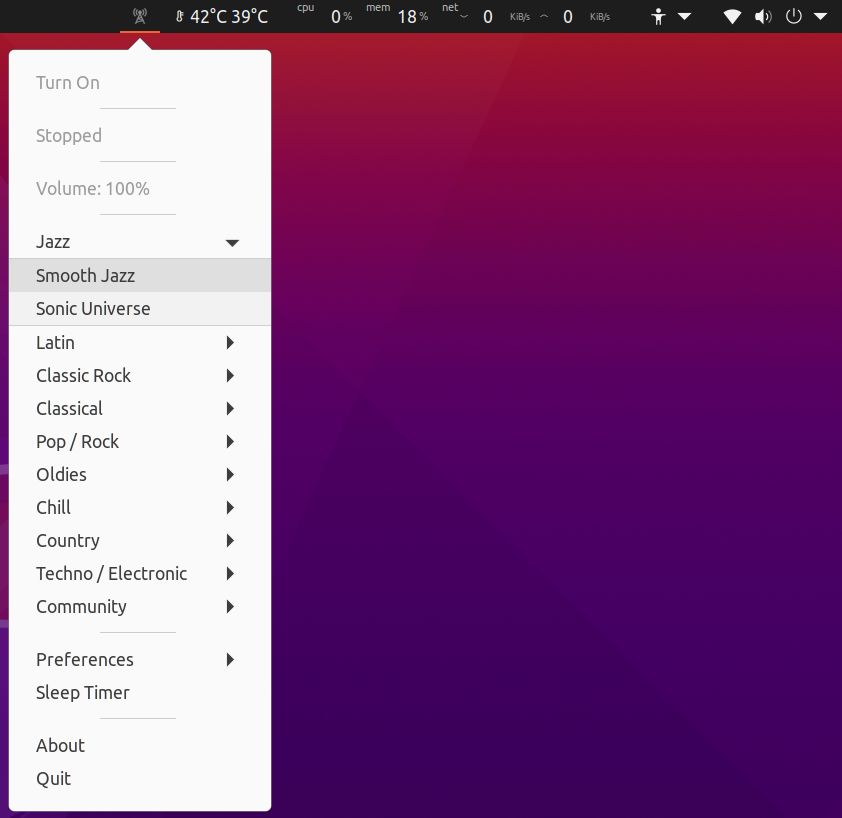 Packages for other Linux distributions and source code archives are available on its GitHub repository.

Goodvibes is an open source radio streaming application for Linux. Featuring a lightweight and minimal GTK3 based user interface, Goodvibes allows you to play pre-defined radio stations as well as add your own. It also supports loop mode and a shuffle mode to randomly play saved radio stations. 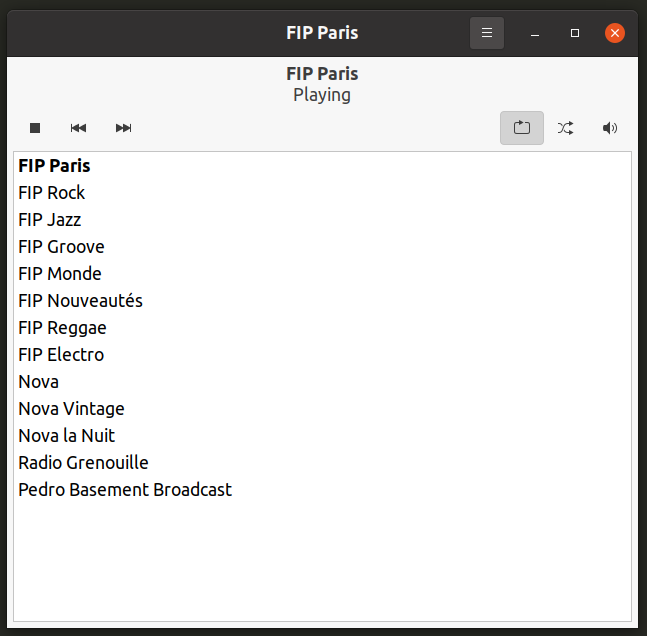 You can install Goodvibes in latest version of Ubuntu by executing the command specified below:

Goodvibes can be installed in other Linux based distributions by following official installation instructions available here.

Streamtuner2 is an open source and cross-platform music stream explorer that allows you to browse varios radio station streams available across the Web. Streamtuner2 is not a radio player in itself, it just shows browsable radio streams in a multi-pane user interface. Any stream you want to play can be opened in any external media player of your choice by clicking on the “play” button visible in the top toolbar. Streamtuner2 also allows you to bookmark and record streams of your favorite radio channels. 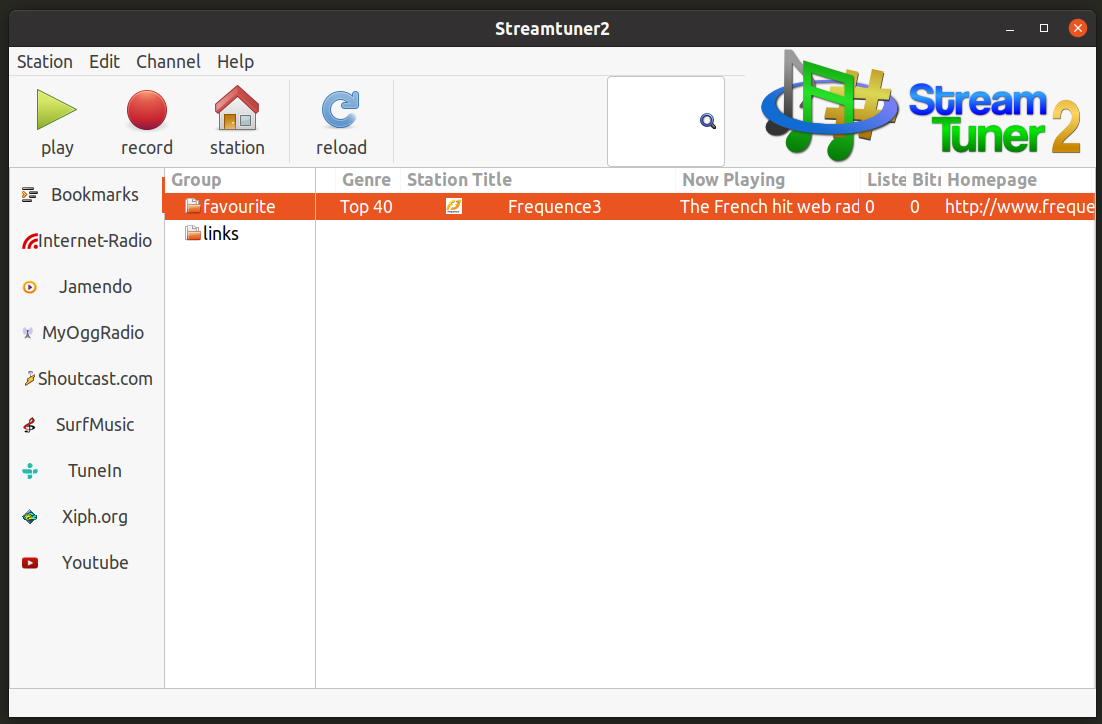 You can install Streamtuner2 in latest version of Ubuntu by executing the command specified below:

Streamtuner2 can be installed from the package manager in other Linux based distributions or it can be downloaded from its source code repository.

Shortwave is an open source radio streaming application for Linux featuring a selection of over 25000 Web based radio stations. You can mix and match stations to create your own library and cast the music to other devices connected to the same network. Shortwave automatically detects titles of music streams and displays them in the sidebar. Shortwave is successor to another and now defunct radio streaming application named Gradio. Other features of Shortwave include a search bar to search catalog of radio stations and a responsive layout that works on handheld Linux devices. 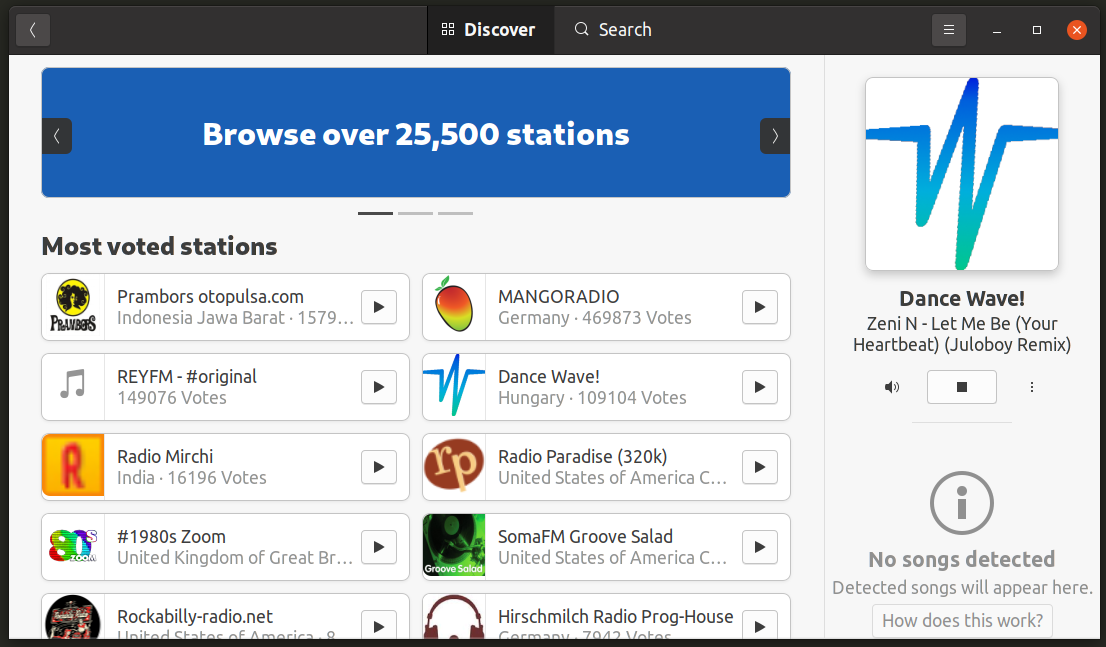 Shortwave can be installed in Ubuntu from its Flathub page. To do so, execute the following commands in succession:

You can install Shortwave radio player in any Linux distribution from its Flathub listing. Make sure that you follow the setup guide before you run installation commands.

Tuner is an open source radio streaming application for Linux. Its feature set is mostly identical to the Shortwave app mentioned above. Similar to Shortwave, it also uses an API from radio-browser to stream music from thousands of radio channels. Tuner also features a sidebar that allows you to quickly browse and manage radio stations. 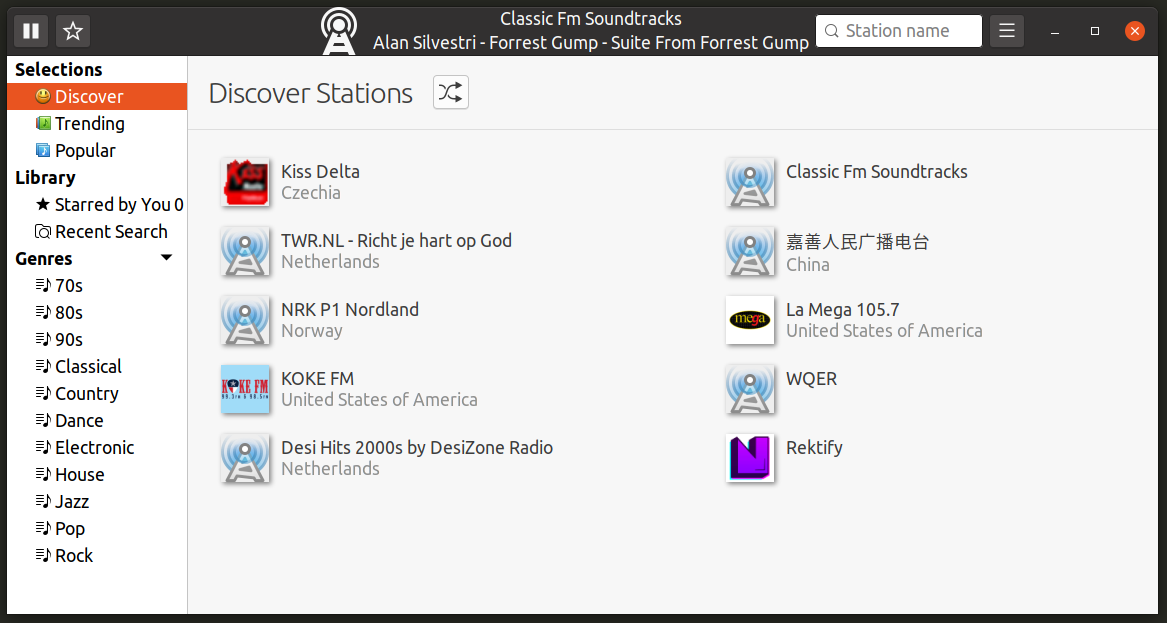 Tuner can be installed in Ubuntu from its Flathub page. To do so, run the following commands in succession:

You can install Tuner in any Linux distribution from its Flathub page. Make sure that you follow the setup guide before you run installation commands.

These are some of the best radio players usable on Linux distributions. While almost all graphical and command line music players available for Linux can stream radio stations if you know the URL, this article covers only dedicated Internet radio streaming applications.