The Tiny Core Linux distribution is one of the tiniest distributions, and it comes in three different sizes.

The most lightweight edition of this distribution is called Core, which is only an 11 MB file, but there is no user-interface. The other variant is TinyCore, which is a 16 MB file and allows both FLTK and FLWM desktop environments. The third variant is CorePlus, which is a 106 MB file and supports two different desktop environments. Apart from that, a version for Raspberry Pie is also available for Tiny Core.

This distribution does not have any apps, apart from a terminal, basic text editor, and connectivity manager. Additionally, the control panel allows you to configure various I/O peripherals. 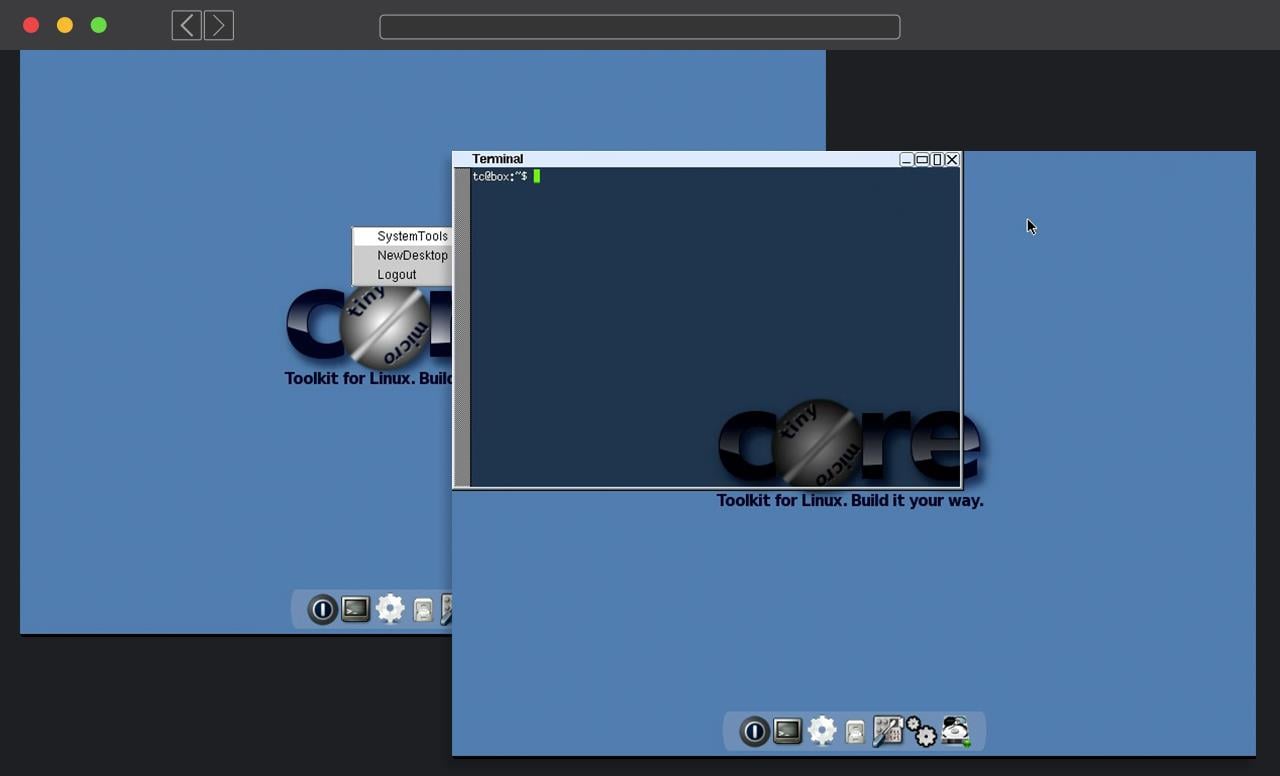 Absolute Linux is another lightweight desktop distribution and that comes preinstalled with the Firefox browser and LibreOffice suite. This distribution is built on Slackware and is designed to make maintenance less complex, unlike its parent OS. The installation process of Absolute Linux is text-based and a rather speedy process to follow.

This distribution is developed to assist you in installing and deleting programs to create your own distribution, but you may need time and experience with Linux to do so.

Absolute Linux is extremely nimble once it has been installed on your system. Providing users with common apps, such as LibreOffice and the lightweight IceWM window manager, this OS suitable is extremely suitable for older machines. Absolute Linux also contains numerous handy scripts and utilities to ease the setup and maintenance of the installation process. There is also plenty of documentation that comes with the operating system to help new users. 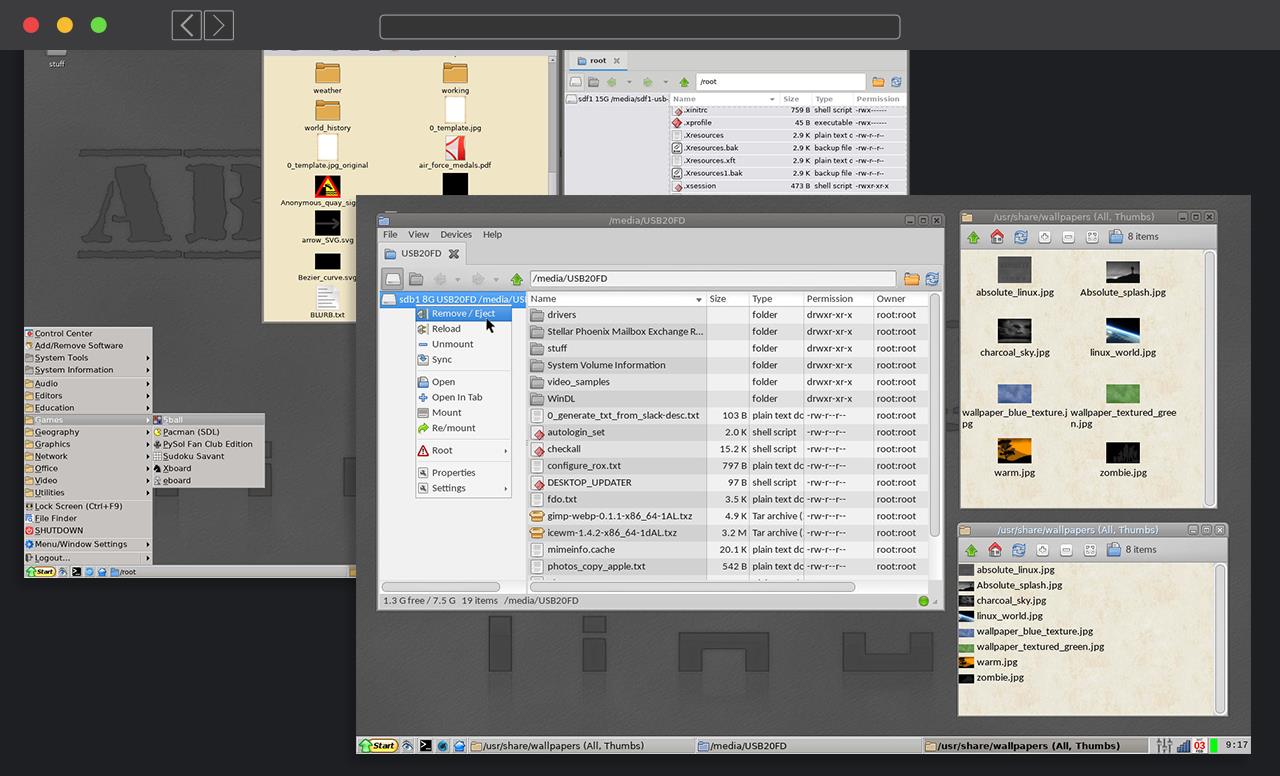 The antiX OS is another great choice for a machine with very few resources. This distribution uses IceWM and Rox File Manager with tons of applications. Like Debian, antiX uses its own repositories. Though this distribution comes with the Synaptic manager, the “metapackage” installer makes this distribution more convenient for new users. The antiX distro comes with visually appealing icons and a sleek minimalist IceWM window manager. The control panel can be used to adjust nearly all the elements of the installation, another interesting feature of this distro. For instance, using the custom modules in the control panel, different features of the desktop’s appearance, such as the theme or wallpaper, can be modified. 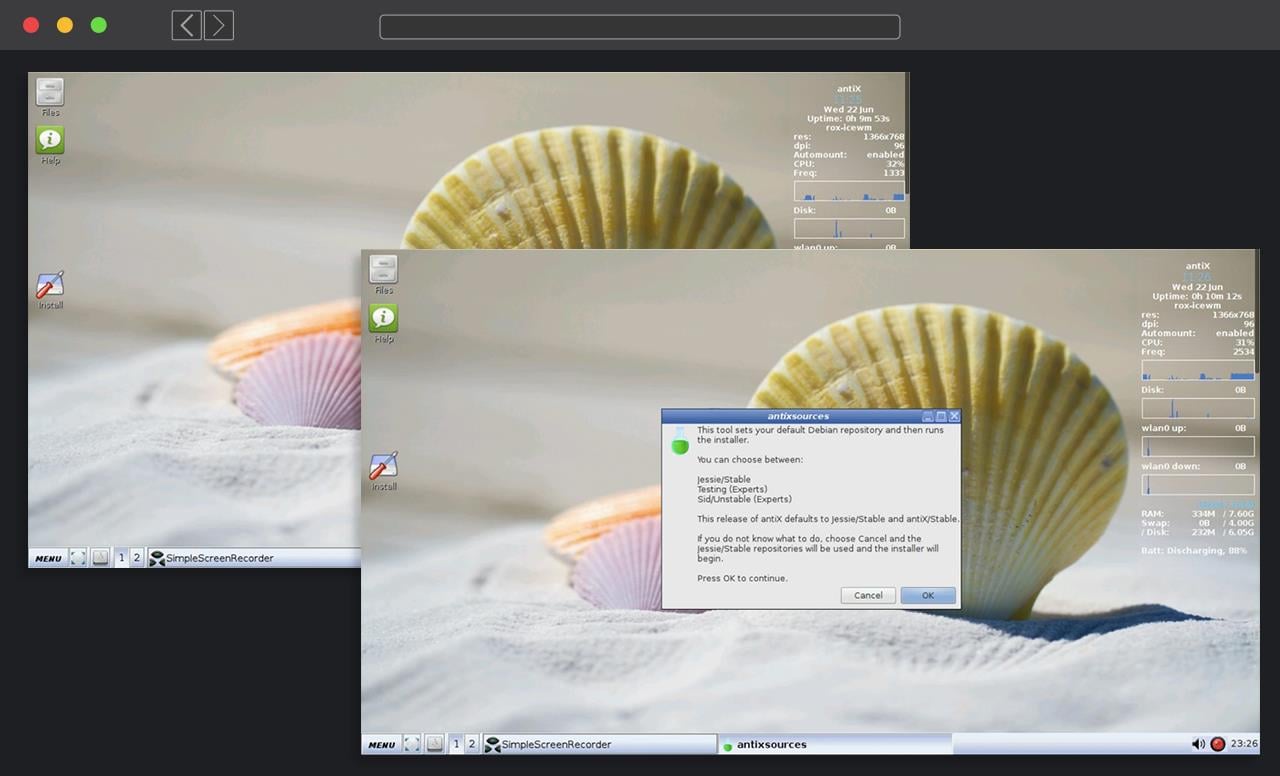 The ‘L’ may very well stand for ‘Lightweight’ in Lubuntu, as this distro is designed for Ubuntu users who need an operating system that is not resource-hungry. Lubuntu uses the LXQt desktop, which is lightweight compared to the Gnome 3 environment. Along with a wide variety of useful tools and services, Lubuntu comes with an office suite and multimedia applications.

Lubuntu is a lightweight distro that focuses on speed. It also comes with lightweight versions of popular applications. This does not imply that Lubuntu is missing many features, and though it is based on Ubuntu, this distro is a modern Linux distribution that skips any needless applications.

One of the key features of Lubuntu is its support for Ubuntu’s package managers that allow users to obtain any program supported by Ubuntu. 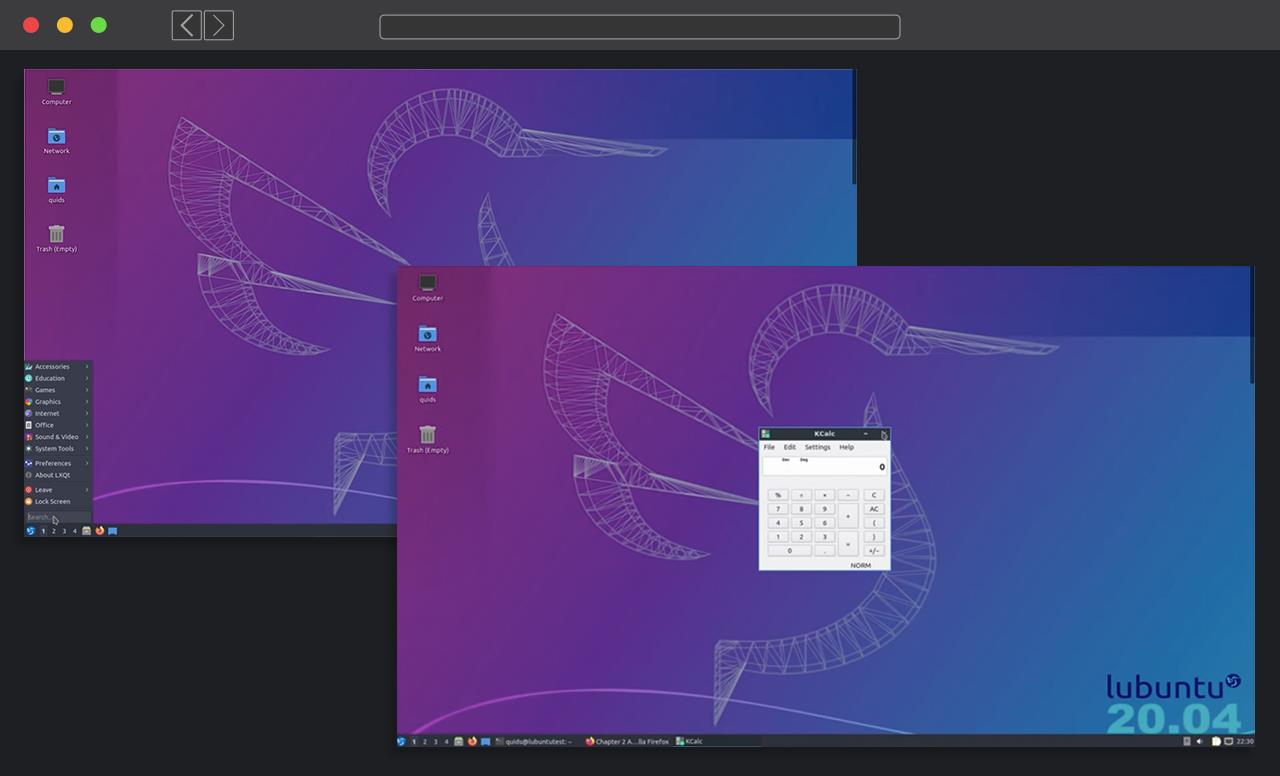 LXLE is a Linux distribution based on the Ubuntu LTS release with the LXDE desktop environment. This distribution mostly focuses on reliability and stability.

LXLE is mainly targeted to revive older machines, and it is intended to act as a desktop out-of-the-box, specifically tailored for current Windows users. The key area on which developers focus is the appearance of this distro.

The distro provides complete applications across several categories, such as Internet, audio and video, graphics, workplace, sports, and more. LXLE also comes with a range of useful terminal-based weather applications, as well as a graphical frontend for many virus scanners called Penguin Pills. LXLE is available as a Live Image for 32-bit and 64-bit computers, and, much like Lubuntu, the hardware specifications are a minimum of 512 MB of machine RAM, with a recommended 1 GB. 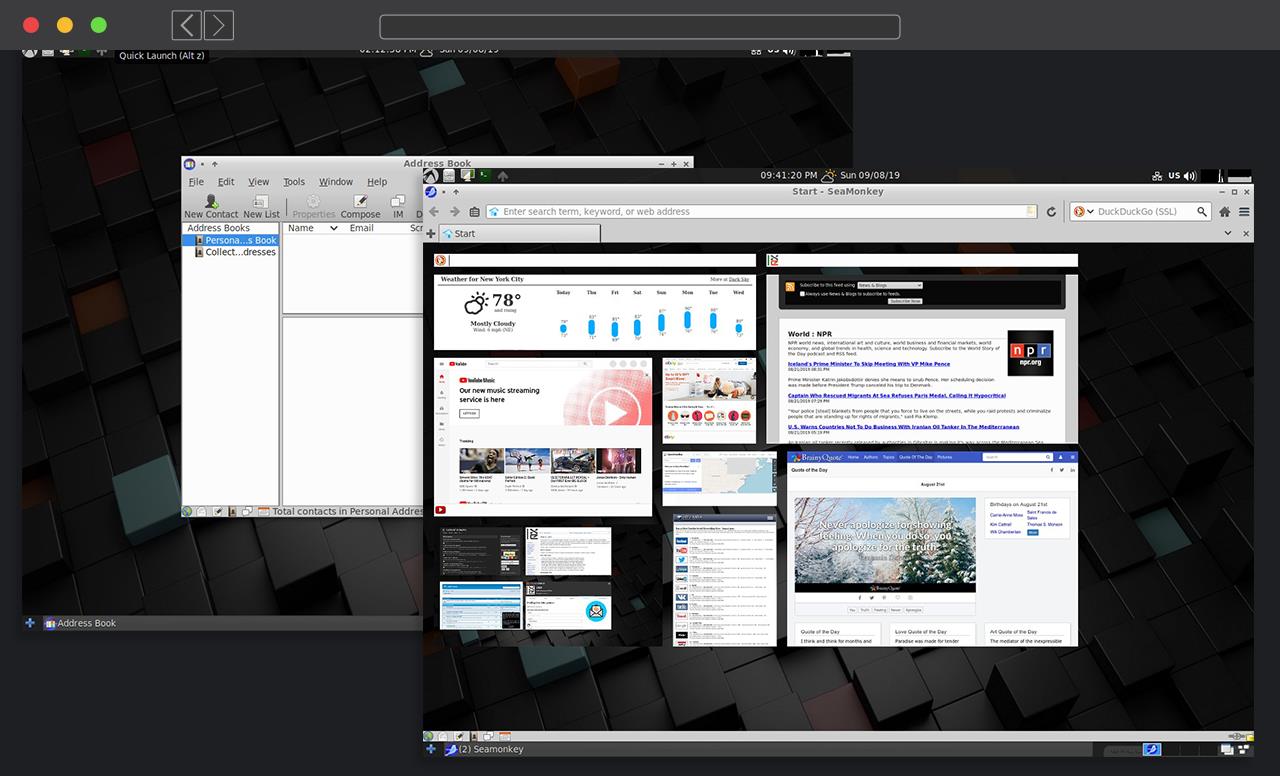 Linux Lite, also Ubuntu-based, is designed to make Linux easy-to-use for Windows users who are just switching to Linux. This distro comes with a Firefox-like browser, VLC, and LibreOffice, with a zRAM memory compression tool that assists the system with running faster on older machines. There is even a special utility for the ‘Lite Update.’ This distribution requires at least a 1.5 GHz processor to function smoothly. Linux Lite also supports multi-booting. 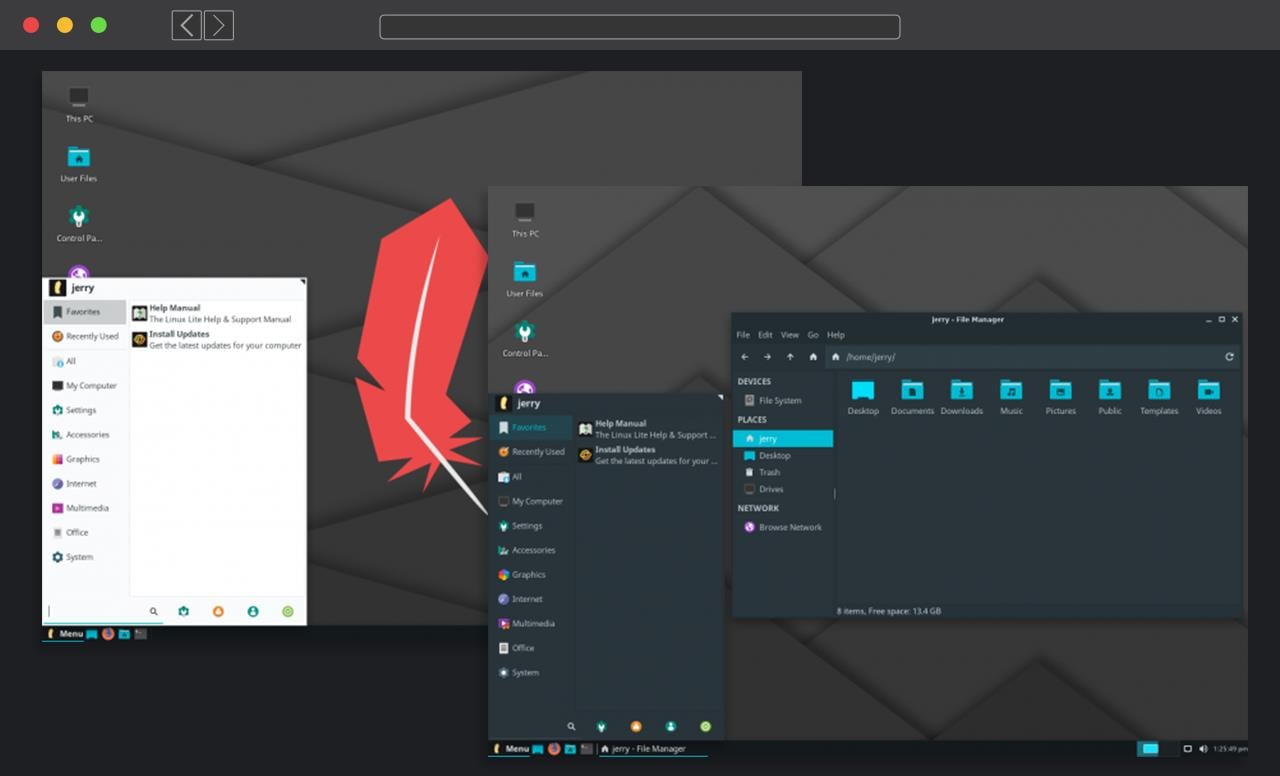 Crunchbang, a very well-known Debian-based distribution, was explicitly intended to use as few device resources as possible. Though it was discontinued in 2013, to continue its legacy, the Crunchbhang community members developed two distros based on this distribution. Crunchbang++ is one of those descendants; however, this distro has now been discontinued.

But the other descendant, BunsenLabs, is still around. The latest Bunsenlabs release, Lithium, is based on the latest stable Debian update, featuring a beautifully designed Openbox window manager and the core package repository. This distribution comes with a variety of themes and wallpapers and includes a selection of desktop applications, providing a very functional out-of-the-box experience. 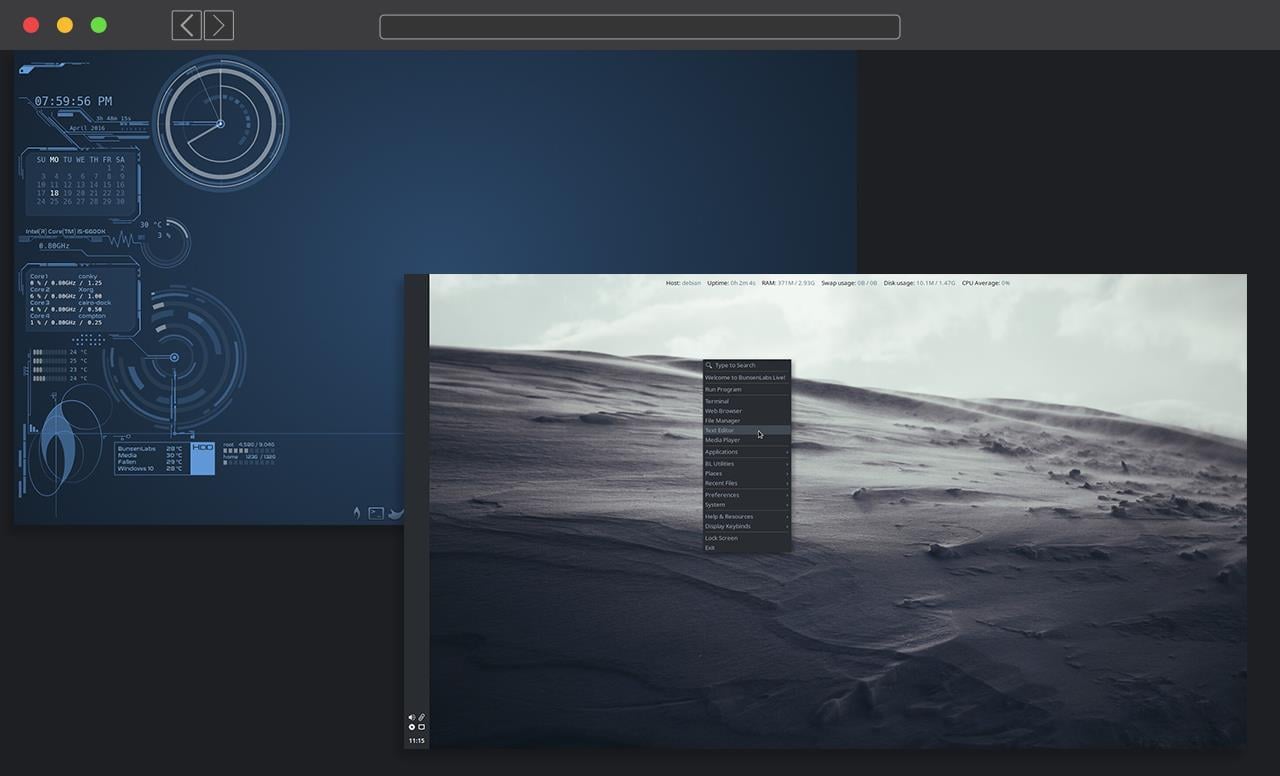 The following table shows the minimum system requirements of each lightweight Linux distribution discussed in this article:

Many computer users would like to have Linux on their secondary devices. Though many distributions work smoothly on most machines, newer editions of Linux distributions are becoming very hard to manage, demanding more memory and processing power than predecessors. Luckily, many lightweight Linux distributions can give a new life to older devices. Lightweight distros are less resource-consuming and can run very efficiently.

This article discussed various lightweight Linux distributions, such as Absolute Linux, a lightweight desktop distribution that comes with the Firefox browser and LibreOffice suite. The antiX distribution is well known as the best choice for machines with very few resources. Similarly, BunsenLabs provides the simplest desktop environment possible, and Linux Lite gives a Windows-like experience on Linux operating systems. Furthermore, Lubuntu is another great choice for users who enjoy using Ubuntu. The default desktop of Lubuntu is based on LXQt, which is significantly less resource-hungry than the Gnome 3 desktop environment. Finally, LXLE is a lightweight and well-liked Linux distribution based on the LTE release of Ubuntu that is mostly focused on stability.