You can measure distance using the HC-SR04 ultrasonic sensor with Raspberry Pi. The HC-SR04 sensor can measure distance from 2mm (.02m) to 400cm (4m). It sends 8 burst of 40KHz signals and then waits for it to hit an object and get reflected back. The time it takes for the ultrasonic 40KHz sound wave to travel back and forth is used to calculate the distance between the sensor and the object on its way. That’s basically how the HC-SR04 sensor works.

In this article, I will show you how to use a HC-SR04 ultrasonic sensor to measure distance between your sensor and an object in its way using Raspberry Pi. Let’s get started.

To successfully measure distance with Raspberry Pi and HC-SR04 sensor, you need,

I have written a dedicated article on installing Raspbian on Raspberry Pi, which you can check at https://linuxhint.com/install_raspbian_raspberry_pi/ if you need. 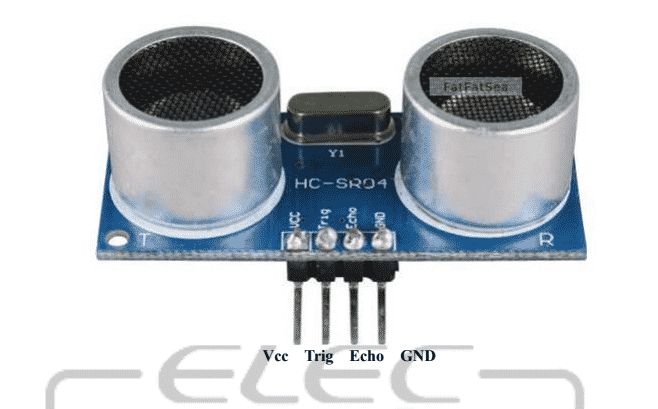 Connect the HC-SR04 ultrasonic sensor to your Raspberry Pi as follows: 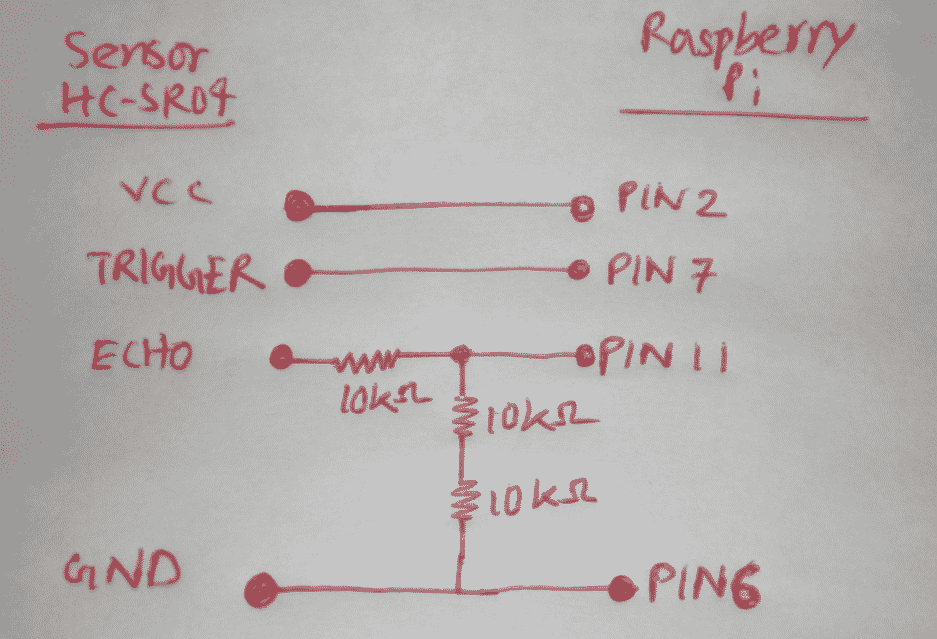 Once everything is connected, this is how it looks like: 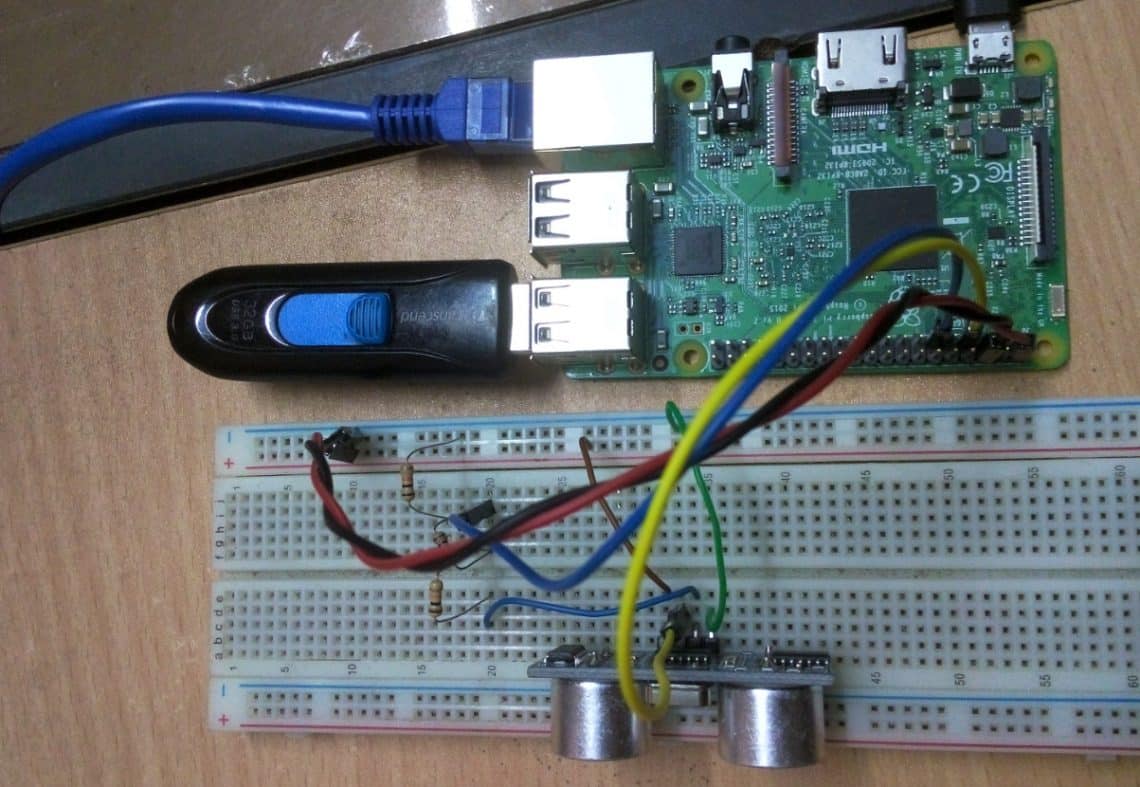 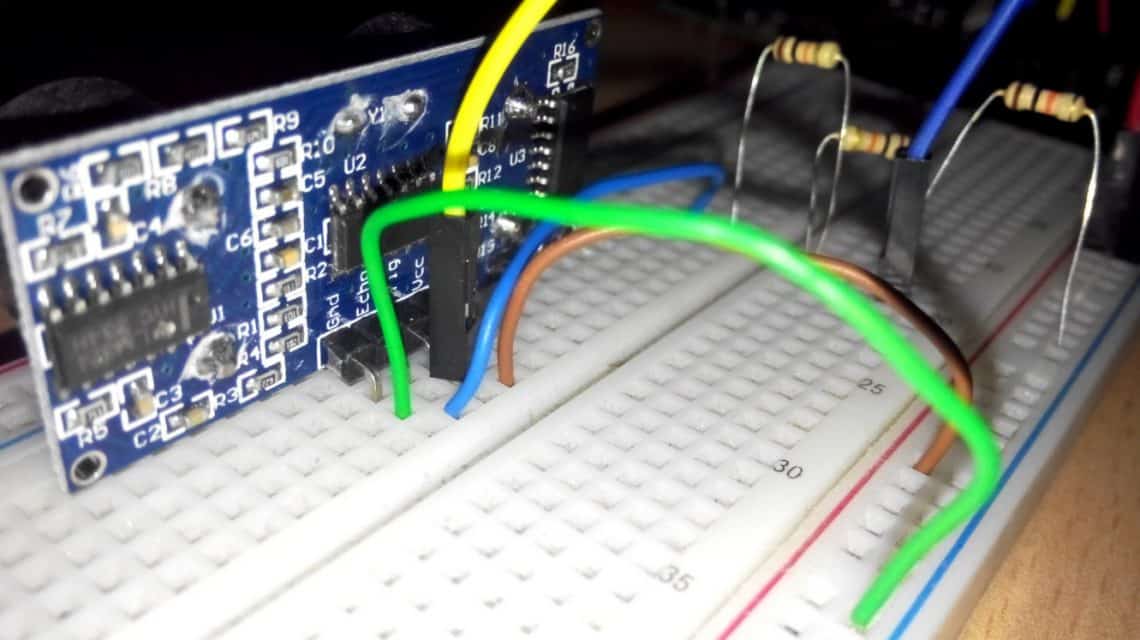 Writing A Python Program for Measuring Distance with HC-SR04:

First, connect to your Raspberry Pi using VNC or SSH. Then, open a new file (let’s say distance.py) and type in the following lines of codes: 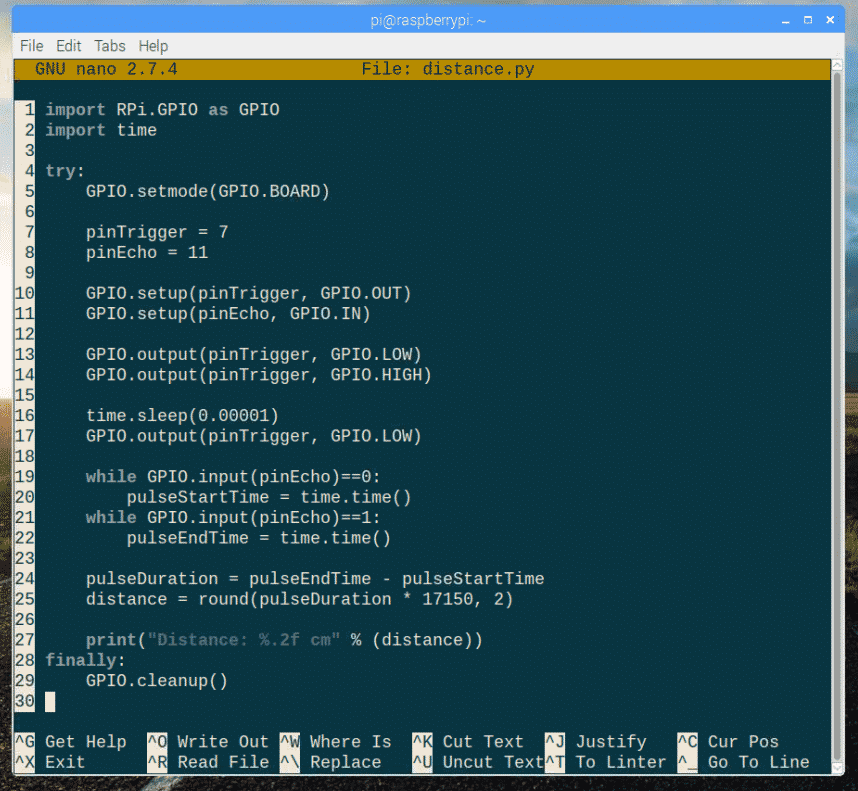 Inside the try block, the actually code for measuring the distance using HC-SR04 is written.

The finally block is used to clean up the GPIO pins with GPIO.cleanup() method when the program exits.

Inside the try block, on line 5, GPIO.setmode(GPIO.BOARD) is used to make defining pins easier. Now, you can reference pins by physical numbers as it is on the Raspberry Pi board.

On line 10, pinTrigger is setup for OUTPUT using GPIO.setup() method.

On line 11, pinEcho is setup for INPUT using GPIO.setup() method.

Lines 19-24 are used to measure the time it takes for the 40KHz pulses to be reflected to an object and back to the HC-SR04 sensor.

On line 25, the distance is measured using the formula,

I calculated the distance in centimeters instead of meters, just to be precise. I calculated distance is also rounded to 2 decimal places.

Finally, on line 27, the result is printed. That’s it, very simple.

Now, run the Python script with the following command: 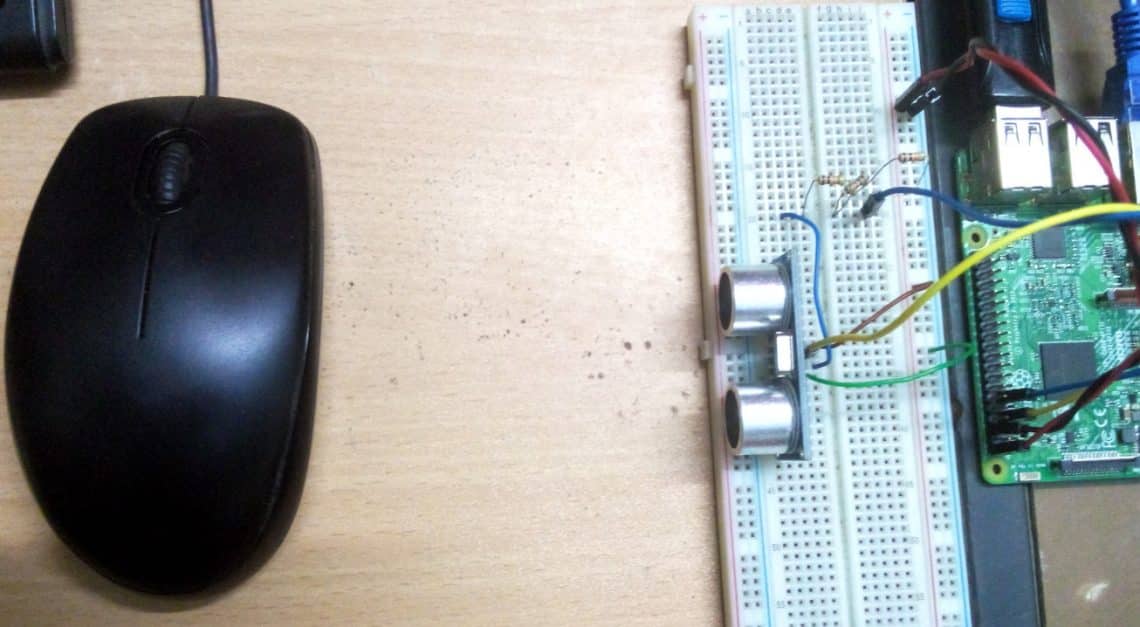 Fig5: object placed at about 8.40cm away from the sensor.

I moved to object a little bit farther, the distance measured is 21.81cm. So, it’s working as expected.

So that’s how you measure distance with Raspberry Pi using the HC-SR04 ultrasonic sensor.  See the code for distance.py below: