Node Version Manager, commonly referred to as NVM, is a tool for installing and using different versions of Node.js on your system. This tool is helpful for users whose programs require different versions of Node.js and installing them from scratch is a hectic task. Thus, the developers introduce a way to easily install any Node.js version and switch to the desired version within seconds.

This guide will help you in installing NVM on Raspberry Pi and later, it also shows you the way to use it for installing different versions of Node.js. 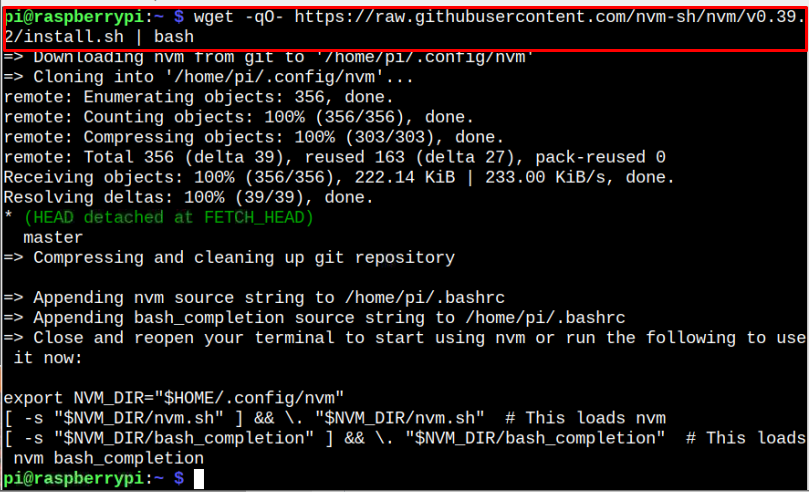 Now to start installing the latest stable version of Node.js on your Raspberry Pi system, follow the below-mentioned command:

You can check the Node.js version using the command mentioned below:

If you want to install an old version of Node.js, you can use the following syntax:

To install version 8, use the command:

You can also install the latest LTS version of Node.js through the following command:

To switch to any Node.js version, you can use the following command with the version you want to use.

To switch to the latest Node.js version, you can use the following command: