GNU Emacs is extensible, versatile and one of the most powerful text editing tools accessible for different OS like macOS, Linux, and Windows. It is the oldest editing tool but a productive one that offers many capabilities like it offers unicorn support, an easy installation process, and built-in tutorials. Moreover, it offers the user to customize their document with Emacs Lisp and add multiple extensions and plugins.

How to Install Emacs Editor on Linux Mint 21

We have two ways to install Emacs Editor on the Linux Mint 21 system:

Let’s start and learn how these approaches work:

In terminal, we have further three categories to install Emacs tool:

i: Installing Emacs Editor through Apt

The apt repository contains a wide range of Linux packages and one of them is Emacs text editor. To get it from there, open the terminal and run the following command to let upgrade packages list first:

In the next command, install the Emacs text editor by executing the following command:

Open the software manager and scroll down to check if Emacs has installed successfully (you’ll get it by navigating to All Applications): 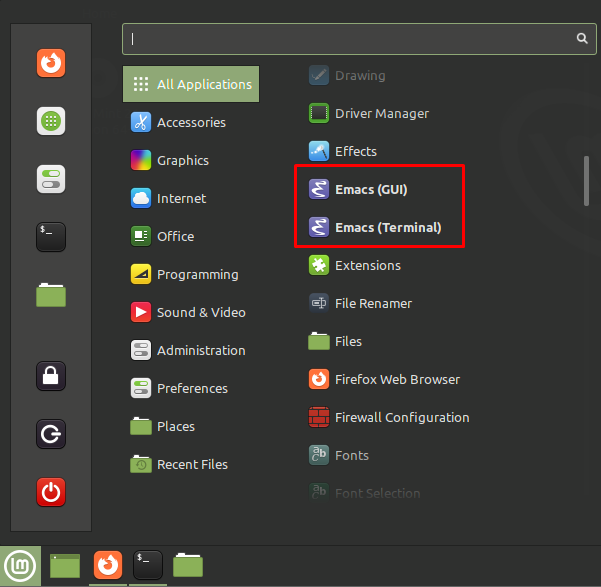 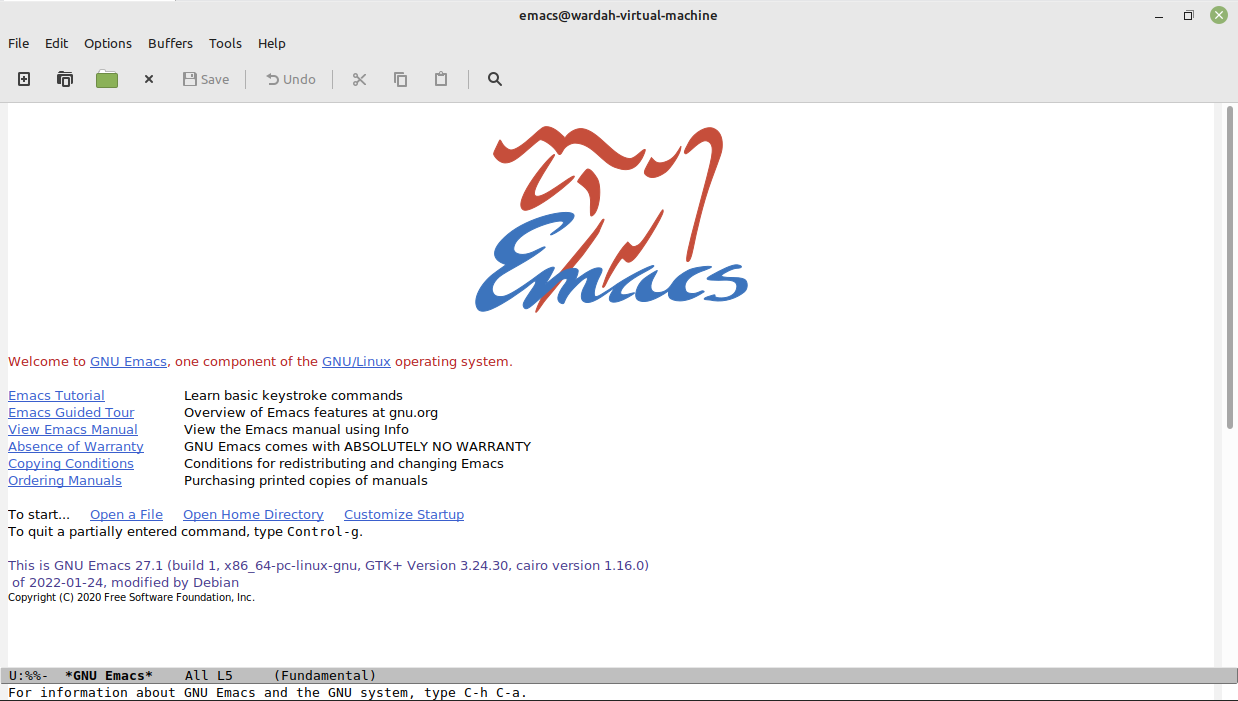 Dead snakes PPA repository is another way to install Emacs Editor Tool on Linux Mint 21 system. For this, it is a pre-requisite of it to add a PPA repository to the system. It would be possible by copying the command mentioned below:

Now update the system to get the latest update of Emacs Editor on the system:

Run the version command to check if it is installed with the latest release:

To install Emacs Editor through snap packages, we need to install snapd first which is a snap package manager.

For this, we need to remove a nosnap.pref file from the system. It would be done using the command mentioned-below:

Refresh the system through update command:

Install the snap daemon on Linux Mint 21 system to manage and handle snap packages. Execute the command mentioned below to get snap daemon:

Now, you can install the Emacs editor tool using the command given-below:

The approach to installing Emacs Tool via the graphical user interface is quite easy to perform. You need only a few steps to follow which are mentioned below:

Open the Software Manager app and type Emacs on the search bar, navigate towards the first option, and hit it: 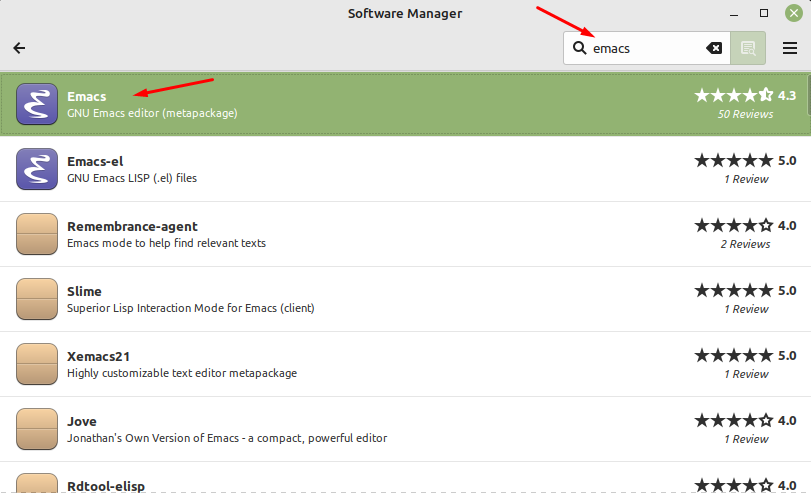 Click on the Install button to let it install on Linux Mint 21 system: 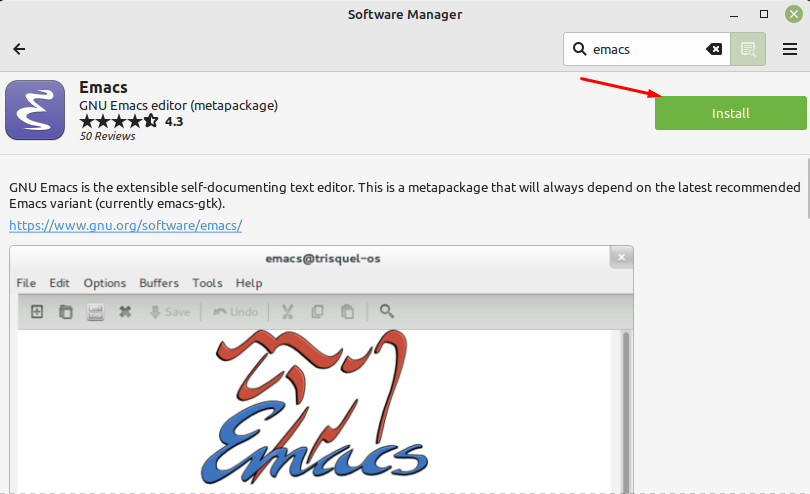 So, it is installed successfully on your system, hit the Launch button: 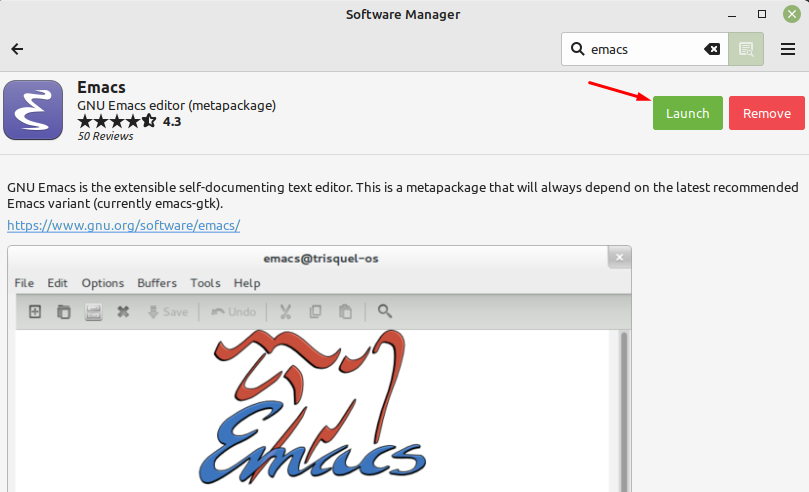 How to Uninstall Emacs on Linux Mint 21

Just like the installation process, we can also uninstall the Emacs tool from Linux Mint 21 by making use of the above commands and GUI, like:

i: Removing Emacs through apt Repository

Uninstall Emacs Tool using snap package needs just one command which is given below:

To uninstall Emacs through GUI approach, open the software application manager, search emacs and hit enter to the first option:

Click Remove button to let it delete from the system:

So, it is uninstalled successfully from the Linux Mint 21 system:

GNU Emacs is the oldest but most powerful text editing tool that offers easy installation to its users. It is an extensible and customizable editor through which you can add multiple downloading extensions and plugins to enhance more features. This article has learned the way to install Emacs Editor on the Linux Mint 21 system. We have discussed several ways, through GUI and through terminal. In the terminal approach, we got further three categories like apt packages, PPA repository, and snap packages. We have mentioned each procedure in detail. Moreover, the uninstallation process through different categories is also present in this guide.