If you are new to the field of cybersecurity and this field intrigues you, then you have come to the right place. Also know that, if you are eager enough to learn and improve the ins and outs of technology and you feel like this is the right field for you, believe me this is the right field for you and all it takes is the right mindset and some determination. In this blog, we will briefly go through the importance, demand, roles, duties and sub-fields in cybersecurity to get you an overview of this field and what is it like on this part of the world which is security.

Importance and Demand of Cybersecurity:

Where is Cybersecurity Applicable?

Mostly you will hear a lot of different names for this field like Information Security, Cybersecurity or Ethical Hacking but all of these more or less mean the same. Security is not only a field that is related to one or more perspectives of technology but it is the vital and integral part of every technological phenomena from most innovative ones like Artificial Intelligence (AI), Cloud Computing, Blockchain, Internet of Things (IoT) to most traditional ones like Computer Networks, Applications Designing and Development. And it is specifically important for these technologies as without their security each one of them would collapse and become a disaster instead of a being a facilitator. 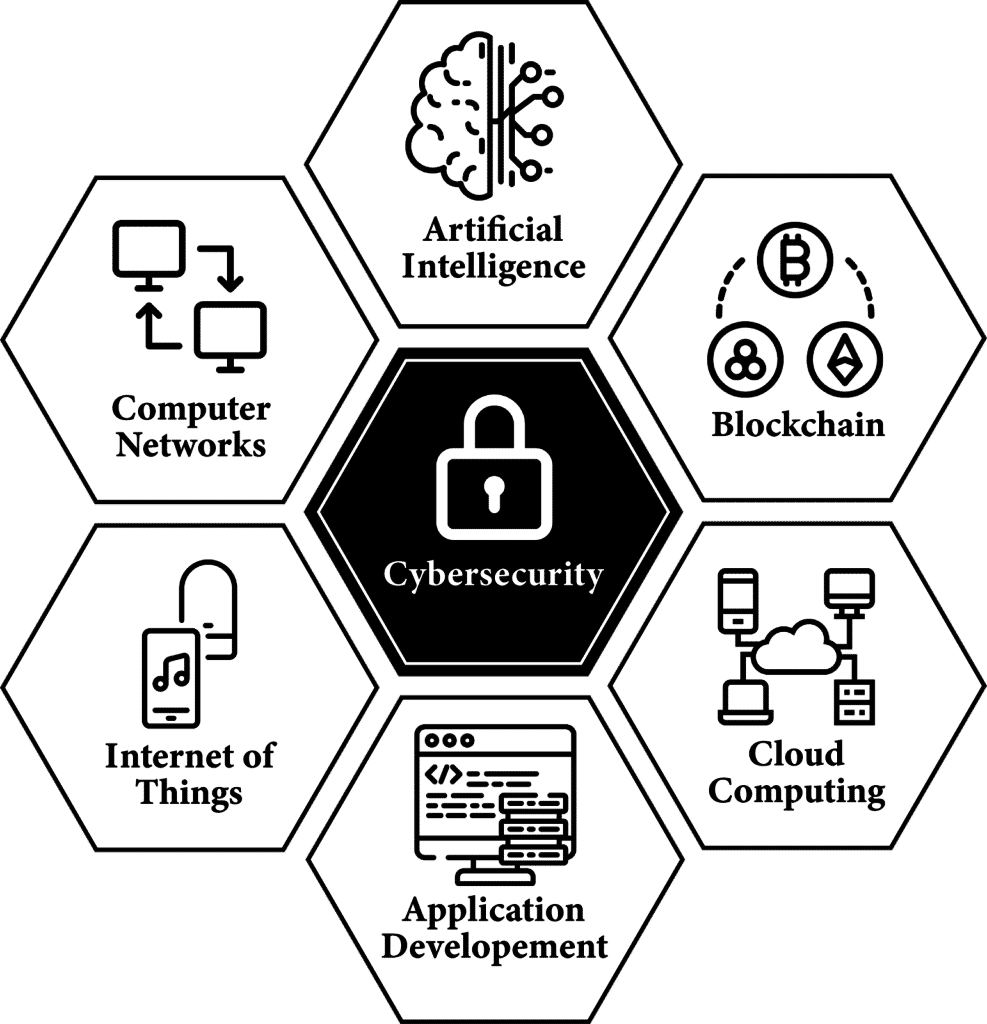 The act of attacking or defending a company’s assets for the company’s own good or to assess their security, is called ethical hacking. Although there are those hackers who hack or attack unethically for their own motives and with the intent of disrupting, however, here we will only discuss ethical hackers, who test the security and safety of companies for them and these work in an ethical way for the improvement of security of their clients. These Ethical hackers, on the basis of roles, are divided into two main categories, i.e., Offensive Security and Defensive Security, and these categories work in an opposite fashion to challenge each other’s work in order to provide and maintain maximum security. 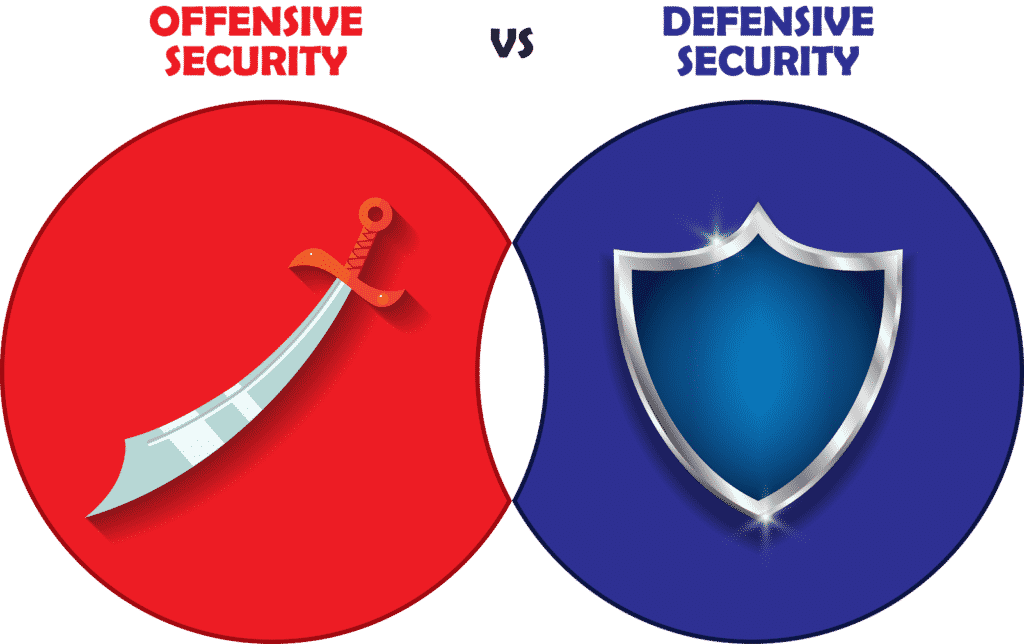 Offensive security refers to the use of proactive and attacking techniques for bypassing a company’s security in order to assess that company safety. An offensive security professional attacks its client’s assets in real time just like an unethical hacker but with the consent and in accordance with the conditions of its client which makes it an ethical one. This category of security team is also referred to as Red Teaming and the people practicing it, individually or in groups, are referred to as Red Teamers or Penetration Testers. Following are some of the different flavours of duties for offensive security professionals:

Penetration testing or vulnerability analysis means to actively search for an existing exploit in the company by trying and attacking in all the different ways and see if the real attackers can ultimate compromise or breach its confidentiality, integrity or availability. Furthermore, if any vulnerabilities are found, they are to be reported by the Red Team and solutions are also suggested for those vulnerabilities. Most companies hire ethical hackers or register themselves in bug bounty programs to test their platform and services and these hackers get paid in return for finding, reporting and not disclosing publicly those vulnerabilities before they are patched.

Malware refers to malicious software. This malicious software can be multi-purpose depending upon its maker but its prime motive is to cause harm. These malware can provide a way for the attackers of automated instruction execution at the target. One way of protection from these malware is anti-malware and anti-virus systems. Red Teamer also play a role in developing and testing malware for the assessment of the anti-malware and anti-virus systems installed in companies.

Some of the red teaming tasks can be automated by developing tools for attacking techniques. Red teamers also develop these tools and software that automate their vulnerability testing tasks and also make them time and cost efficient. Others may use these penetration testing tools as well for security assessment.

Security Monitoring means to manage and monitor the security of an organization or company and to ensure that services are being rightfully and properly utilized by its intended users. These usually includes monitoring the behaviour and activities of the users for applications and services. The blue team doing this job are often called security analyst or SOC analyst.

Actively finding and hunting a threat inside own network which may have already compromised it, is known as threat hunting. These are usually performed for any silent attackers such as Advanced Persistent Threat (APT) Groups, which are not as visible as usual attackers. In threat hunting process, these groups of attackers are actively searched in the network.

As its name suggests, incident response operation is carried whenever an attacker is either actively trying to or already have somehow breached company’s security, which is the response to minimize and mitigate that attack and save the company’s data and integrity from being lost or leaked.

Whenever a company is breached, forensics are performed to extract the artifacts and information about the breach. These artifacts include the information about how the attacker attacked, how the attack was able to be successful, who was the attacker, what was the motive of the attacker, how much data has been leaked or lost, how to recover that lost data, were there any vulnerabilities or human errors and all those artifacts that can help the company in anyway after the breach. These forensics can be useful in patching the present weaknesses, finding responsible people for the attack or to provide open-source intelligence for dismantling and failing attacker’s future attacks and plans.

To convert or reverse the executable or binary file to some human-interpretable programming language source code and then try to understand the working and goals of the malware and then finding a way out to help in forensics, backdoors, attacker’s identification or any other information that might be useful, is said to be malware reversing.

Blue teamers not only monitor and defend security for their clients but they also help or sometimes themselves design the architecture of applications and develop them keeping in view its security perspective, to avoid them from being attacked.

This sums up pretty much everything in brief about the importance, scope and unfulfilled demand in the field of ethical hacking along with the roles and duties of different types of ethical hackers. Hope you find this blog useful and informative.