Linux is one of the most popular open-source operating systems out there. Every year there is a massive growth in the Linux userbase. The rapid popularity that Linux has seen in recent years is because this operating system is powerful and offers extensive functionality and privacy.

Unlike other operating systems such as Windows, Linux is less resource hungry, lighter, and has fewer vulnerabilities and bugs. Thanks to its open-source nature, the Linux community has come together to build numerous customizable distros.

Out of the huge collection of available Linux distros, Elementary OS and Ubuntu have the largest Linux communities. Both systems have their own pros and cons, and each suits user needs in its own unique way.

In this article, we will be looking at some of the key differences between Elementary OS and Ubuntu and which one you should choose. Let’s get into it!

With 25 million worldwide users, Ubuntu, a Debian-based Linux distro, is perhaps the most popular Linux distro out there. This is apparent from the fact that Ubuntu has one of the largest open-source communities. Developed by Canonical, Ubuntu is known for its stability and security.

Particularly, Ubuntu is known for its LTS (Long Term Support) releases, which guarantee five years of support without going through the hassle of running a full upgrade every few months. Every two years, a new release is published that makes up for any bugs or vulnerabilities in the old version. Moreover, Ubuntu has a very beginner-friendly interface that is easily customizable and gives off a more modern, sleeker vibe compared to other Linux distros. Ubuntu itself has various “flavors,” each of which provides a different set of features for users.

Elementary OS is regarded as one of the most beautiful Linux distros, having a UI that is greatly inspired by Apple and resembles macOS. Since this distro is built on Ubuntu, it inherits many of Ubuntu’s great qualities, including a smooth, user-friendly interface.

We will now be looking at some of the key differences between Ubuntu 20.04 and Elementary OS Hera 5.1 in more detail.

Performance is one of the key factors behind the success of an operating system. In a world where everything is moving at such a rapid pace, it is imperative that an OS runs smoothly and quickly. Ubuntu seems to be the winner in terms of performance as it uses less CPU and memory resources, as shown in the images below. 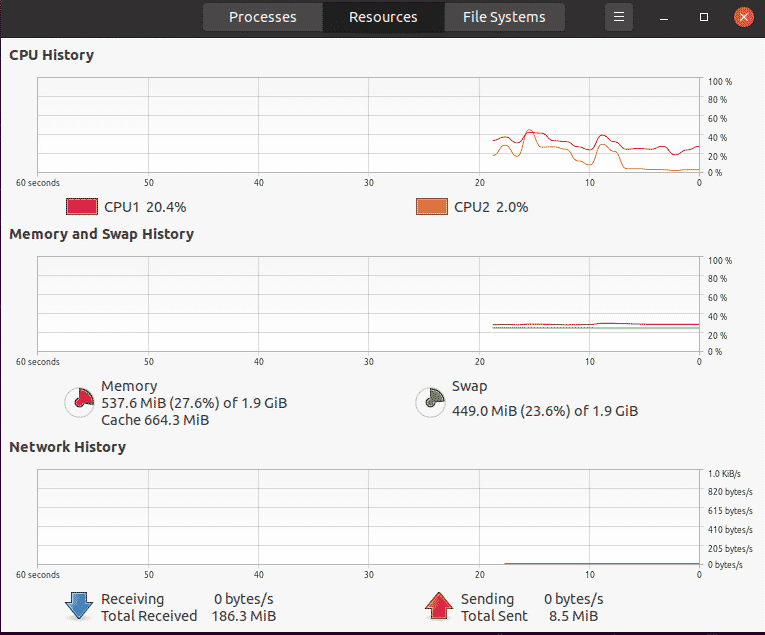 Here’s how Elementary OS holds up in comparison. 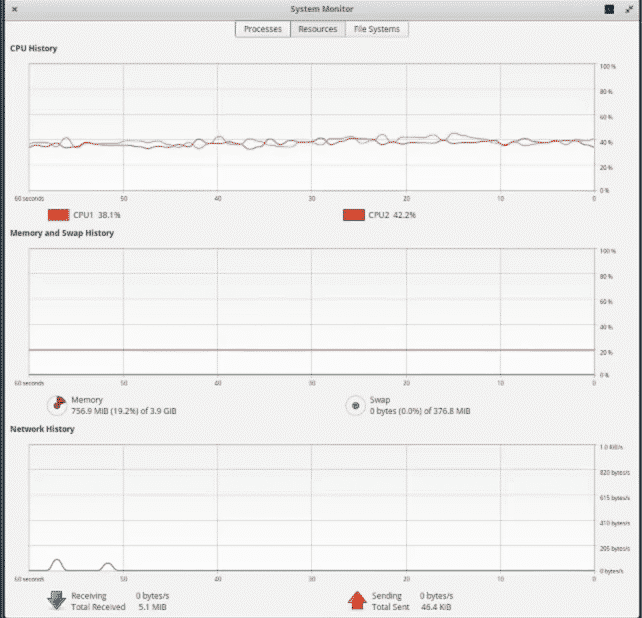 This is one of the major improvements in the new Ubuntu version, making it seamless to use and run. The Elementary OS desktop contains a number of animations and transitions that are quite resource-intensive, which is why this OS consumes so much CPU and memory.

Desktop environment refers to the menus and icons you use to select, run and install applications. The default desktop environment of Ubuntu is GNOME, while that of Elementary OS is Pantheon. In terms of visual design and presentation, Pantheon is the clear winner, with a Mac-like design style, vibrant wallpapers, and crisp, colorful icons – providing a dashing and intuitive UI experience.

The Elementary OS Dock has beautifully aligned wallpapers that also look pleasing to the eye.

The Ubuntu 20.04 Dock has improved on previous icon designs, but the visual detail is clearly lacking when compared to the Elementary OS design. 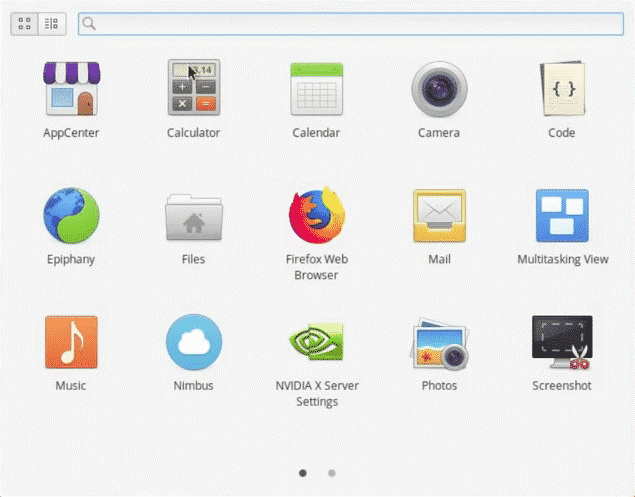 Although the Application Menu design has not changed much in Ubuntu 20.04 from its older version, the performance has greatly improved, as it is now much faster than before. 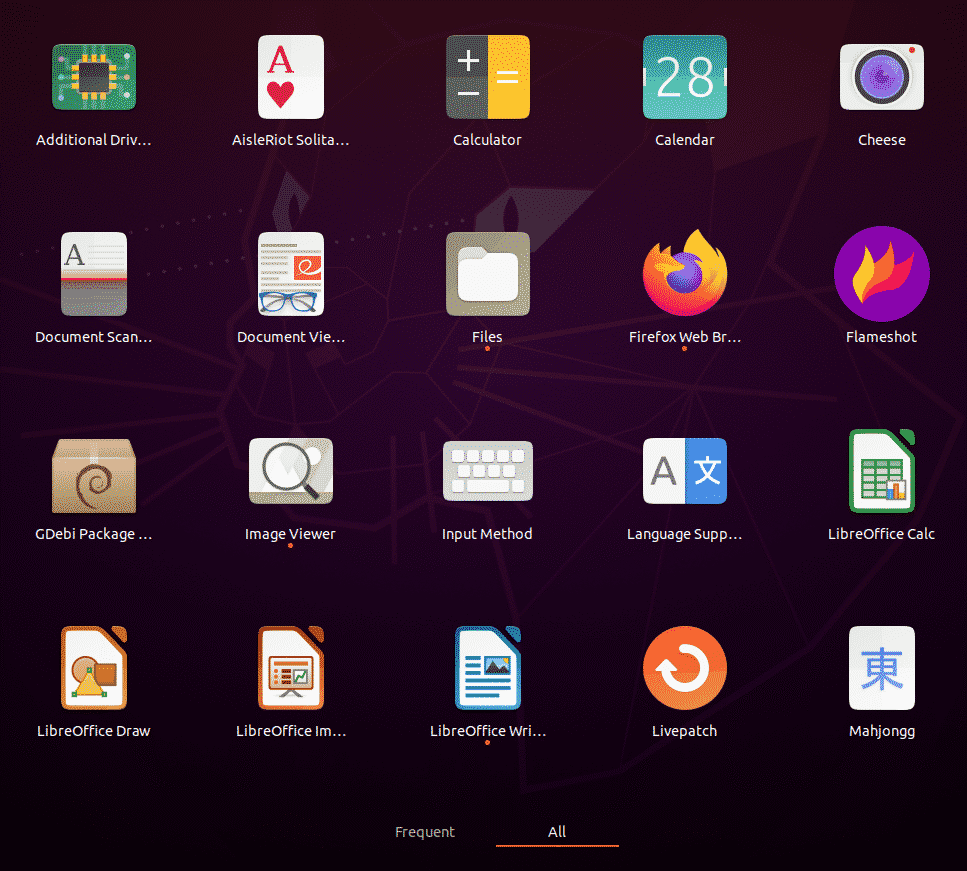 Ubuntu 20.04 has updated previous themes and file icons, replacing the old blue and green style and giving the theme a touch of aubergine, which has certainly given the OS a more modern vibe. 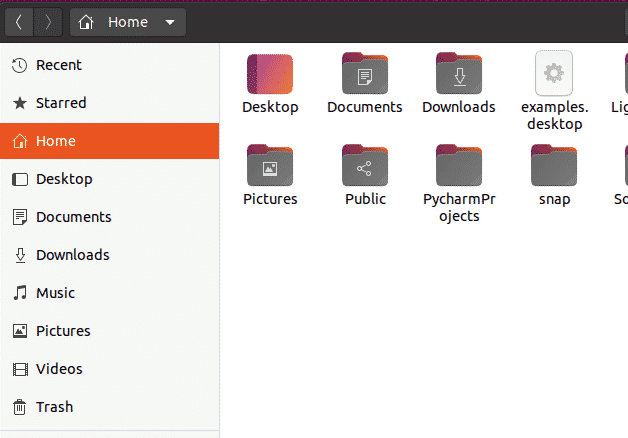 On the other hand, the themes and icons in Elementary OS give off a more elegant feel, as it is simple and pleasing to the eye. 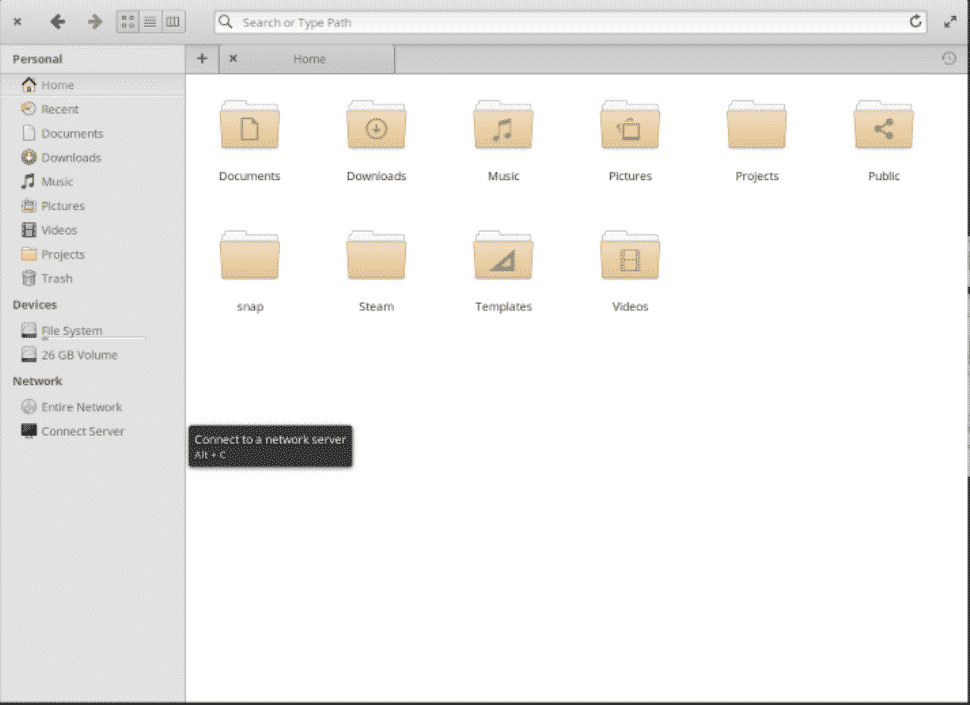 As Debian-based distros, both Ubuntu and Elementary OS support .deb files and have a large collection of packages available in their official repositories. However, Elementary OSpales in comparison here because it lacks support for many Ubuntu software and packages. This is mainly because Elementary OS was designed to be a “stripped-down” rendition of Ubuntu.

However, in the latest Elementary version, the app center Hera has greatly improved. The app center loads much faster, use less memory and is much more polished than its predecessor versions. 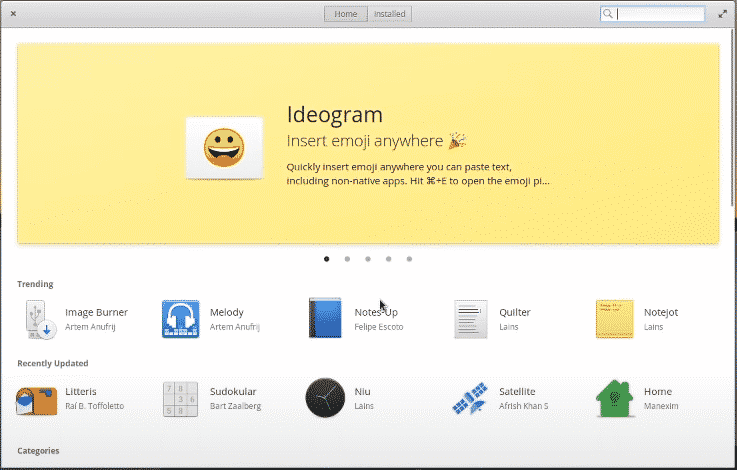 Moreover, Elementary has also integrated with Flatpak, an open-source package management software, making up for its lack of support for several Ubuntu packages.

On the other hand, the Canonical developers have taken Ubuntu Software up quite a few notches as well, mainly by making it more accessible and refined.

Additionally, Ubuntu has integrated more snap applications inside of its official repository through a package manager created by Canonical for Linux. Snap applications are automatically updated and offer more security than non-snap alternatives.

Elementary OS or Ubuntu – Which One Should You Pick?

Both of these Linux distros are among the most popular and most stable versions of Linux, and both have a large community to back them up. Ubuntu offers a more solid, secure system, so if you generally opt for better performance over design, you should go for Ubuntu.

Elementary focuses on enhancing visuals and minimizing performance issues, so you should go for Elementary OS if you want a lightweight experience with excellent design. Both, however, are well-made distros that will satisfy the needs of most general-purpose users.

This article looks at the key differences between two very popular and powerful Linux distributions, namely Ubuntu and Elementary OS. Both have certain advantages and disadvantages over the other, but the main distinction lies in what kind of a user you are and how you’ll use the operating system. Hopefully, you are now well-informed on this subject and can easily narrow down your distro options!